Apparently this was the last 200th anniversary Napoleonic battle that needs to be fought before all the Waterloo stuff next year. So I guess that people who like this kind of eye-candy will have to make the most of it.

Once again Ralph et al staged a big Black Powder game for our entertainment - a battle, apparently, fought after the war was over. Lots of British and Portuguese were attacking French redoubts on the outskirts of Toulouse. Some French troops were out to stop them. 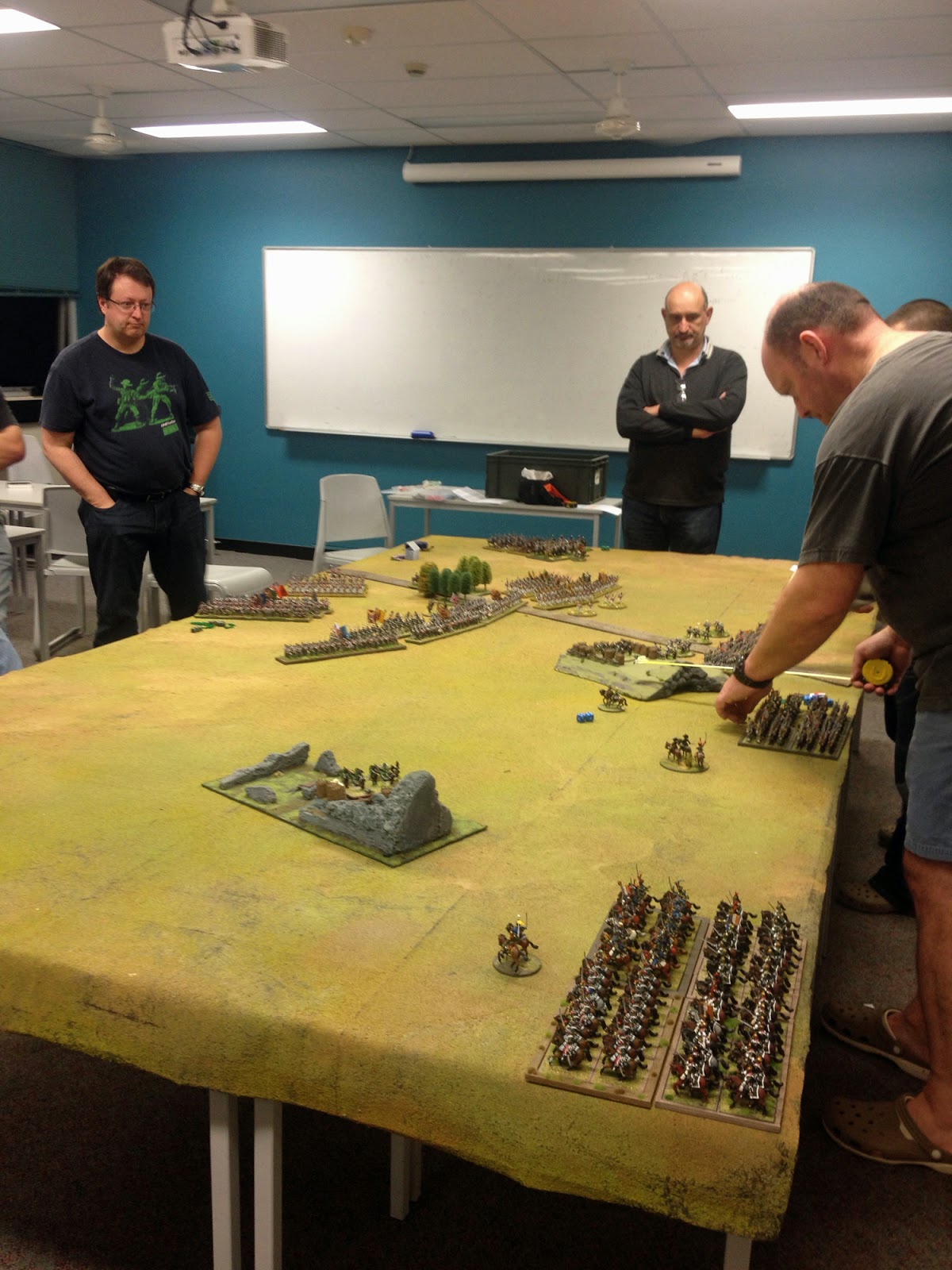 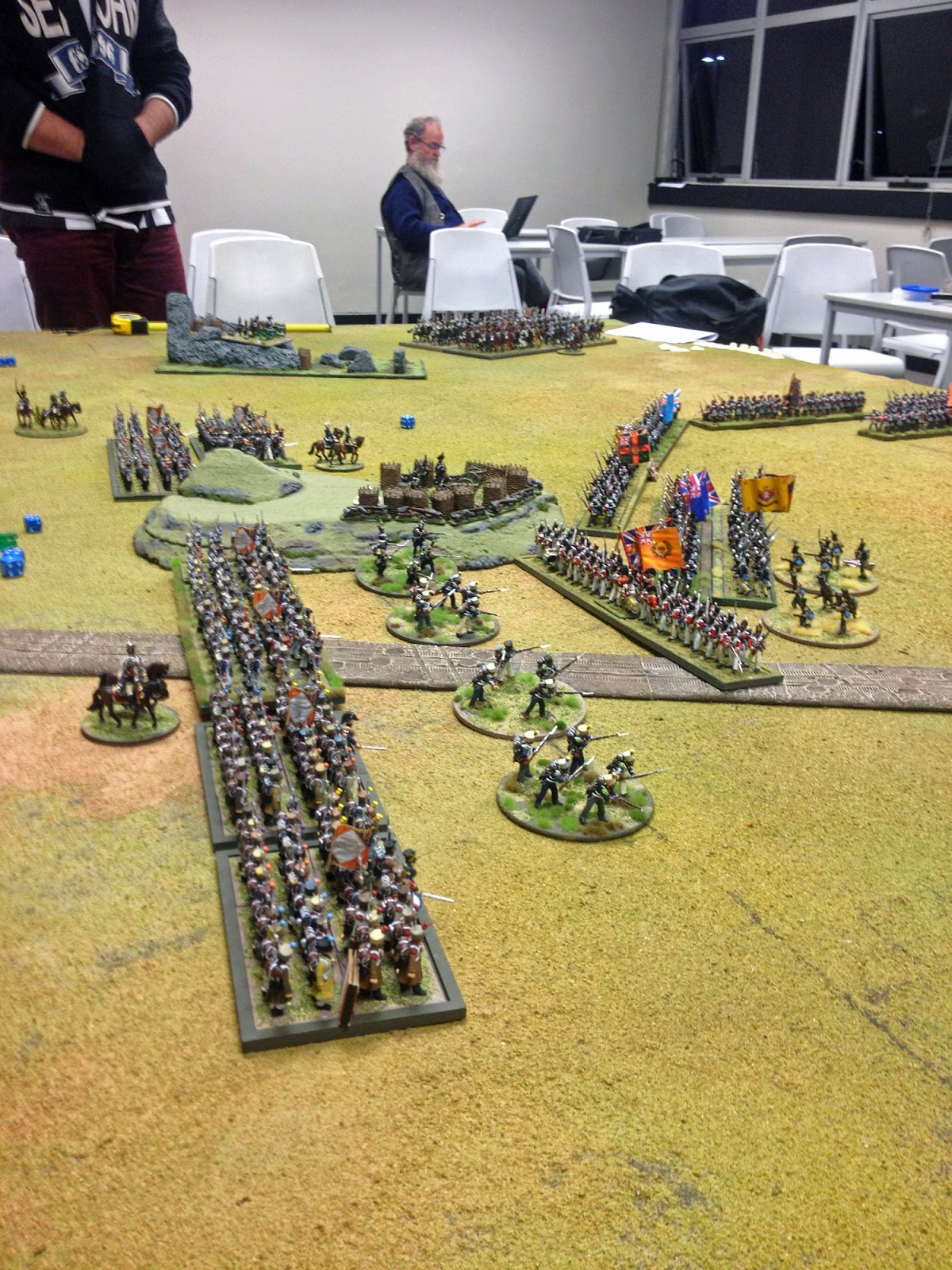 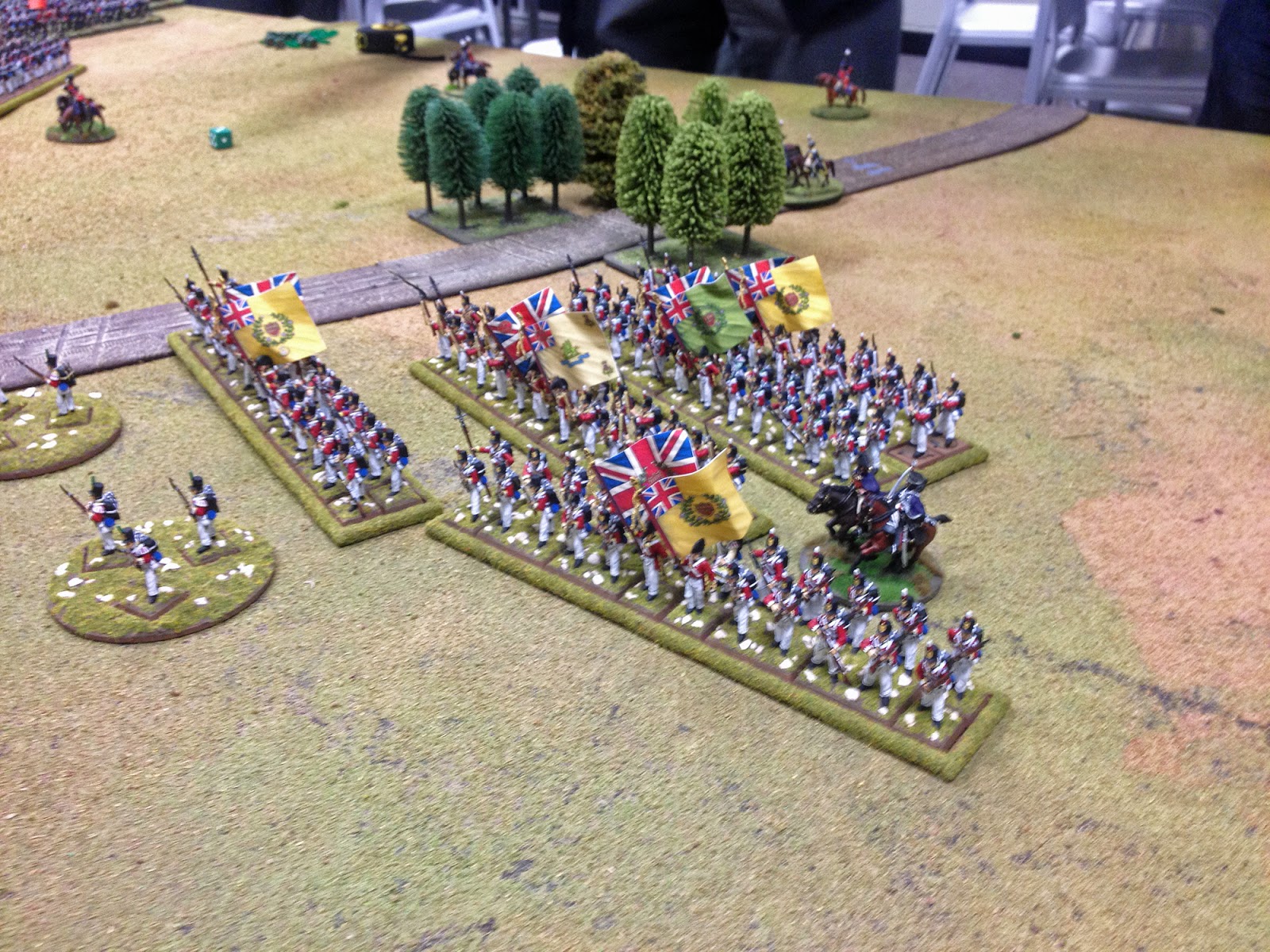 The Allies advance on a French redoubt. 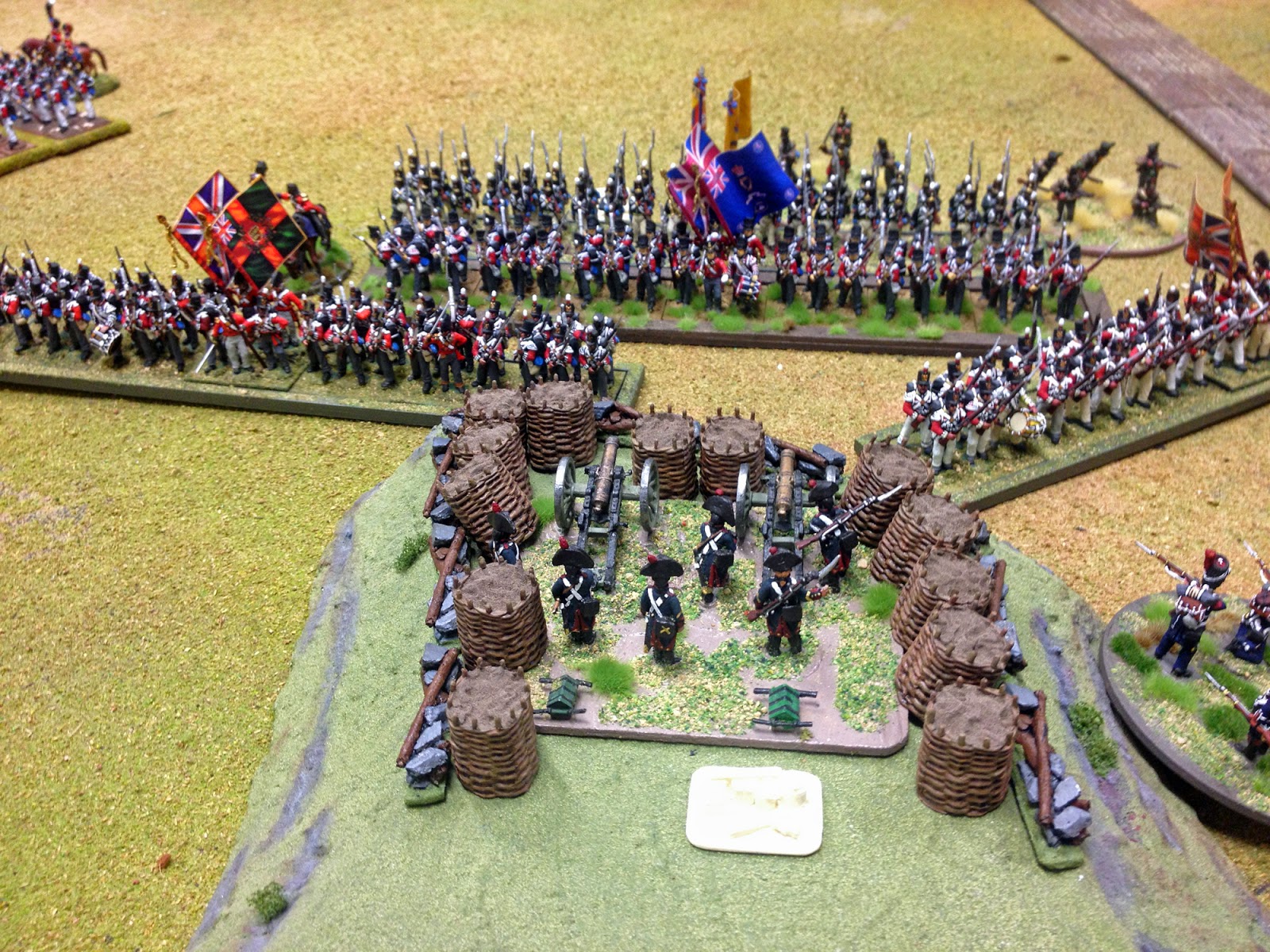 The other French redoubt. This one was facing away from the enemy, so when the guns were turned around they didn't really get much protection. 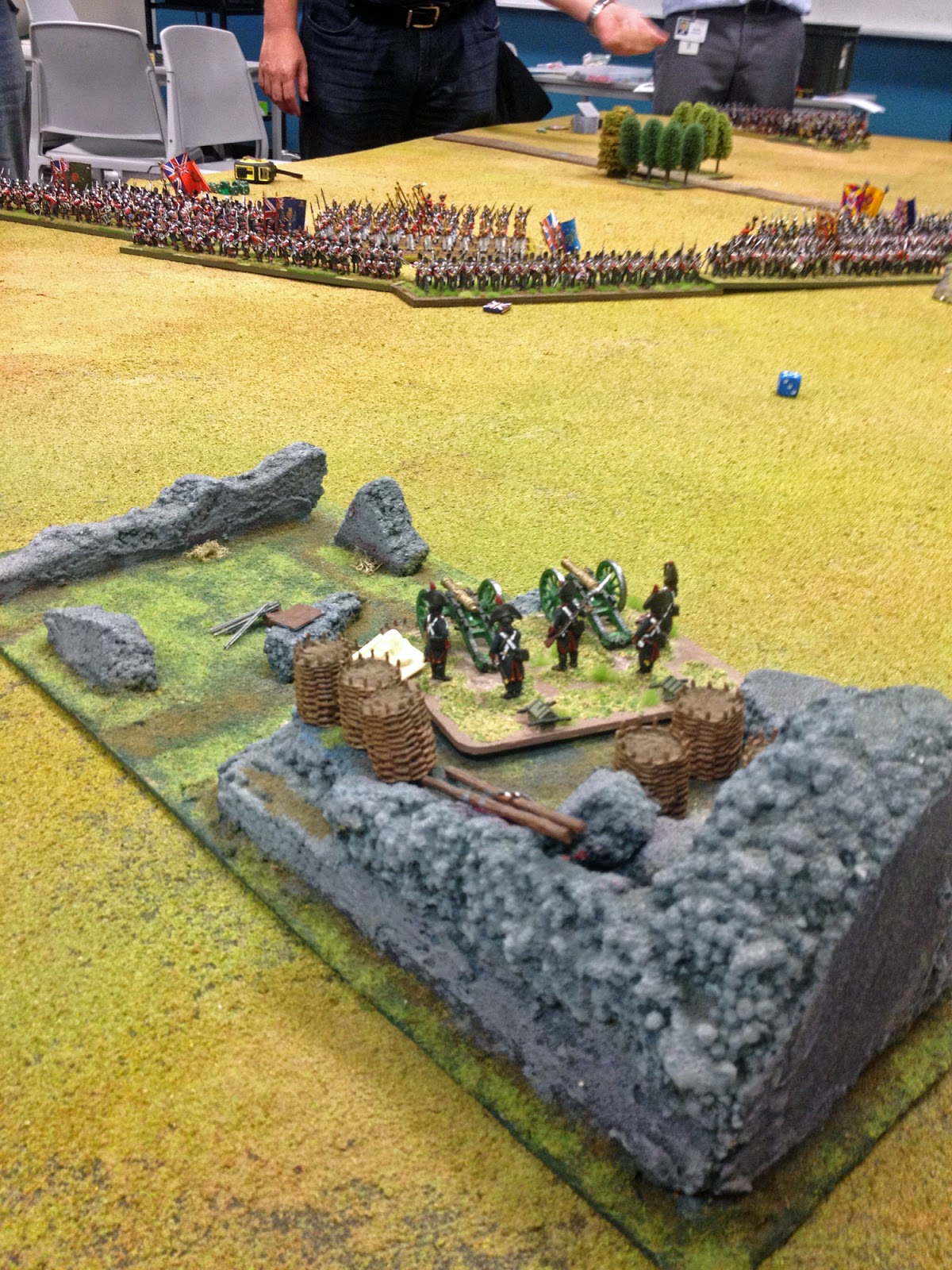 And here's my command - yes, I got given the French cavalry. My orders were to sweep around the British flank and to force as many of their infantry units into square as possible. The Allies were on a deadline when it came to capturing the redoubts, so being stuck in square was a bad thing for them. 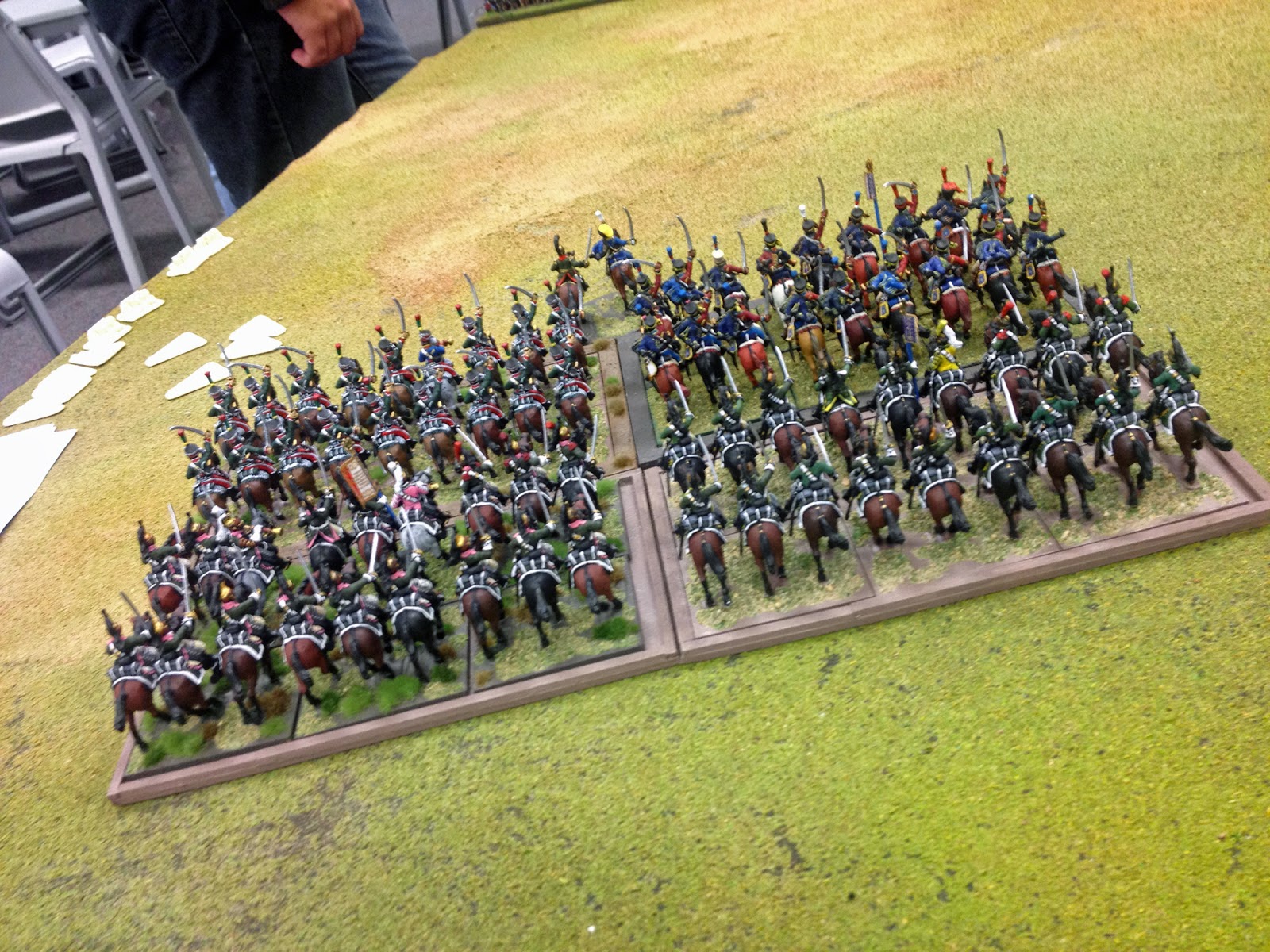 The Portuguese took the first redoubt. 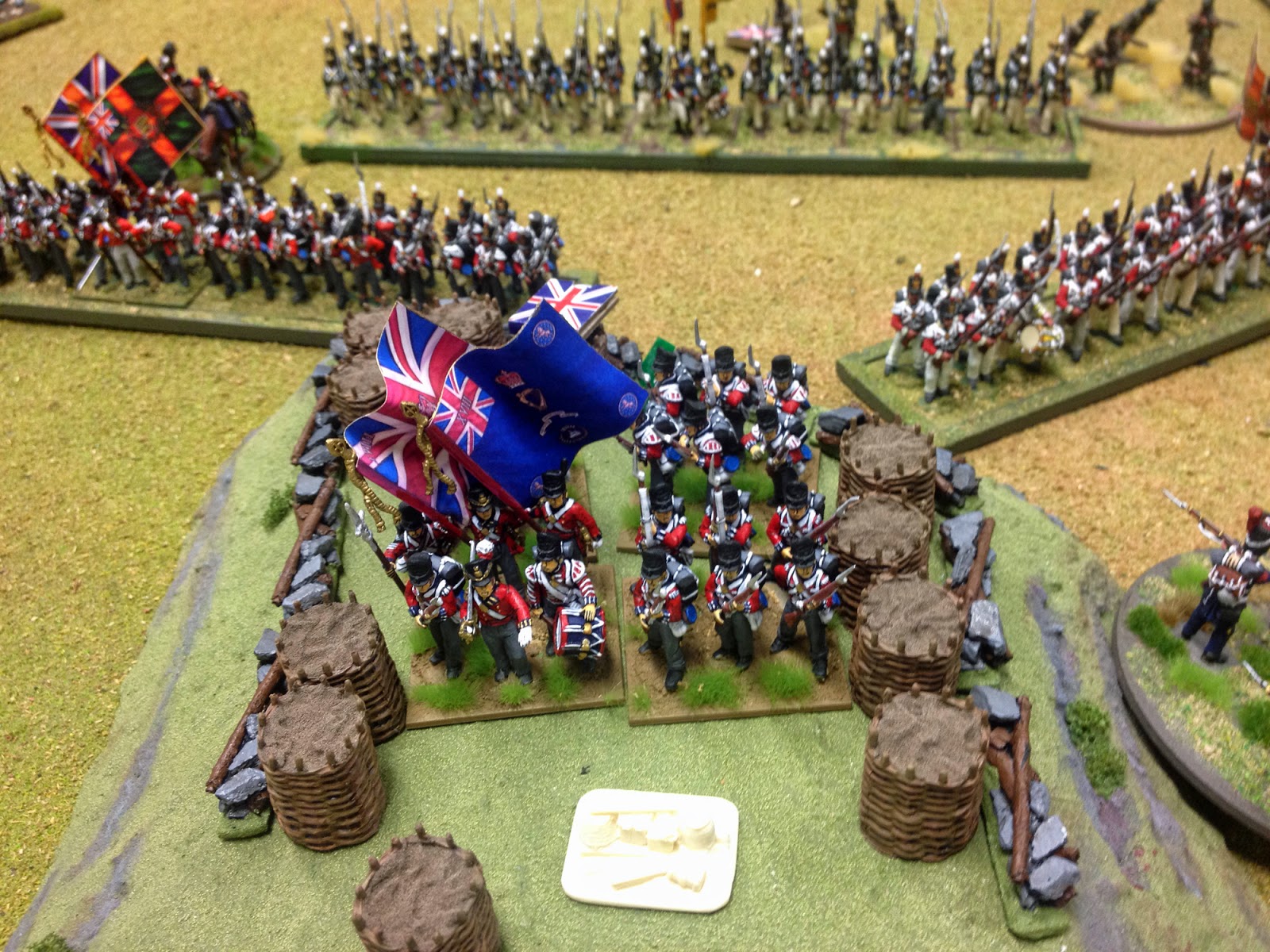 My dashing cavalry forced Bryan's Scots into square, though. 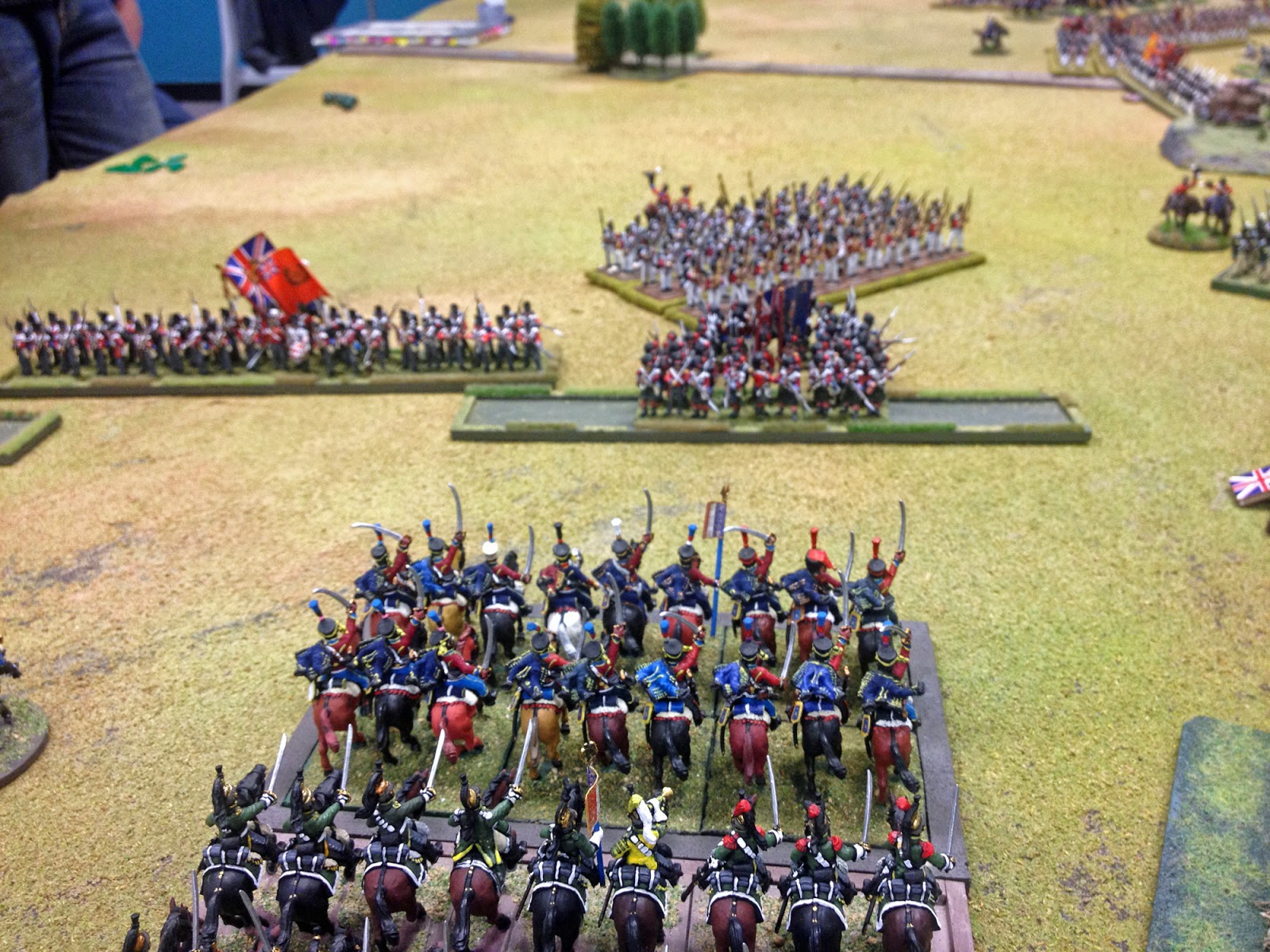 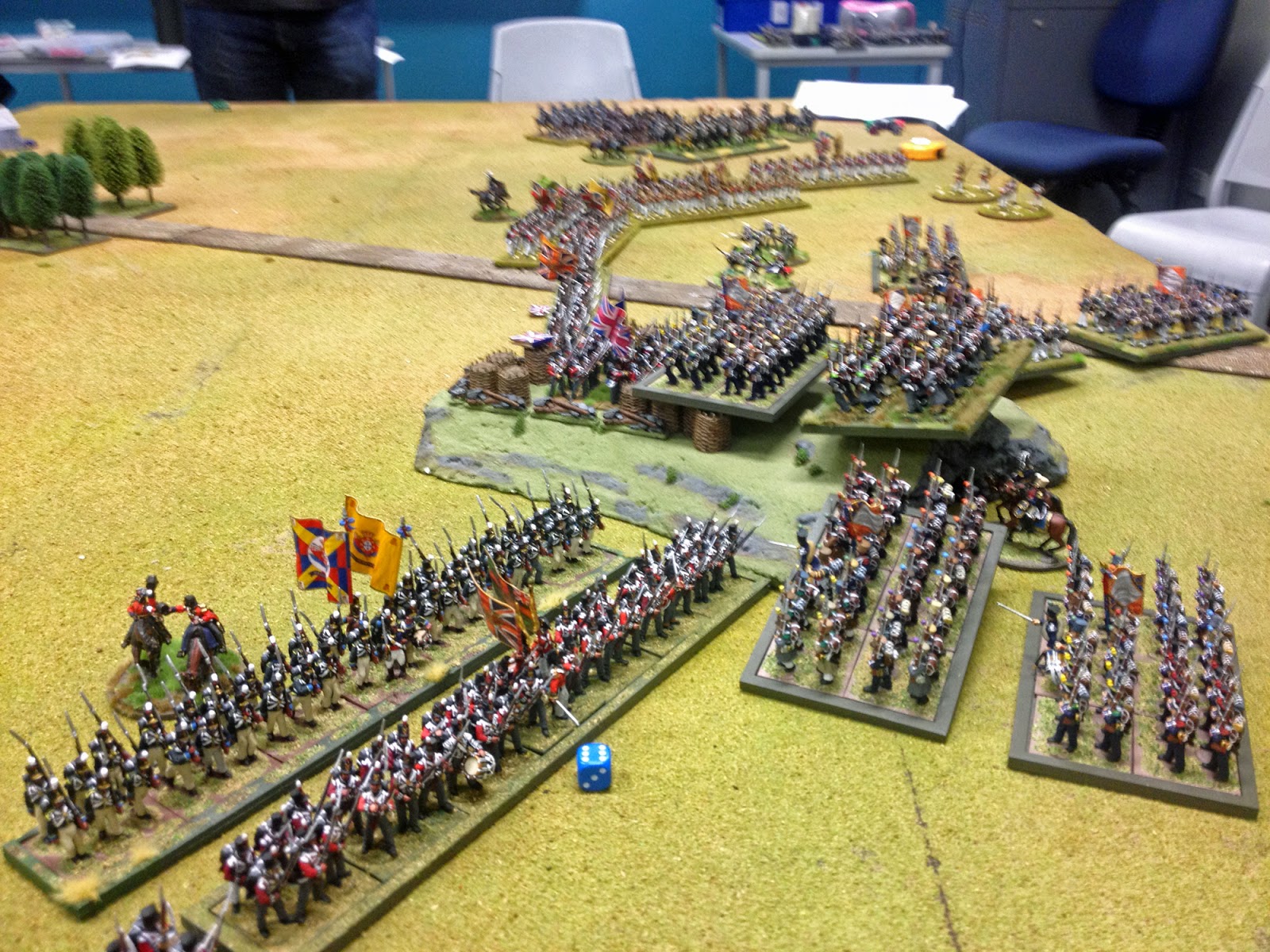 French guns hammered the British square, with less effect than I hoped for - had they done enough damage I could have charged. 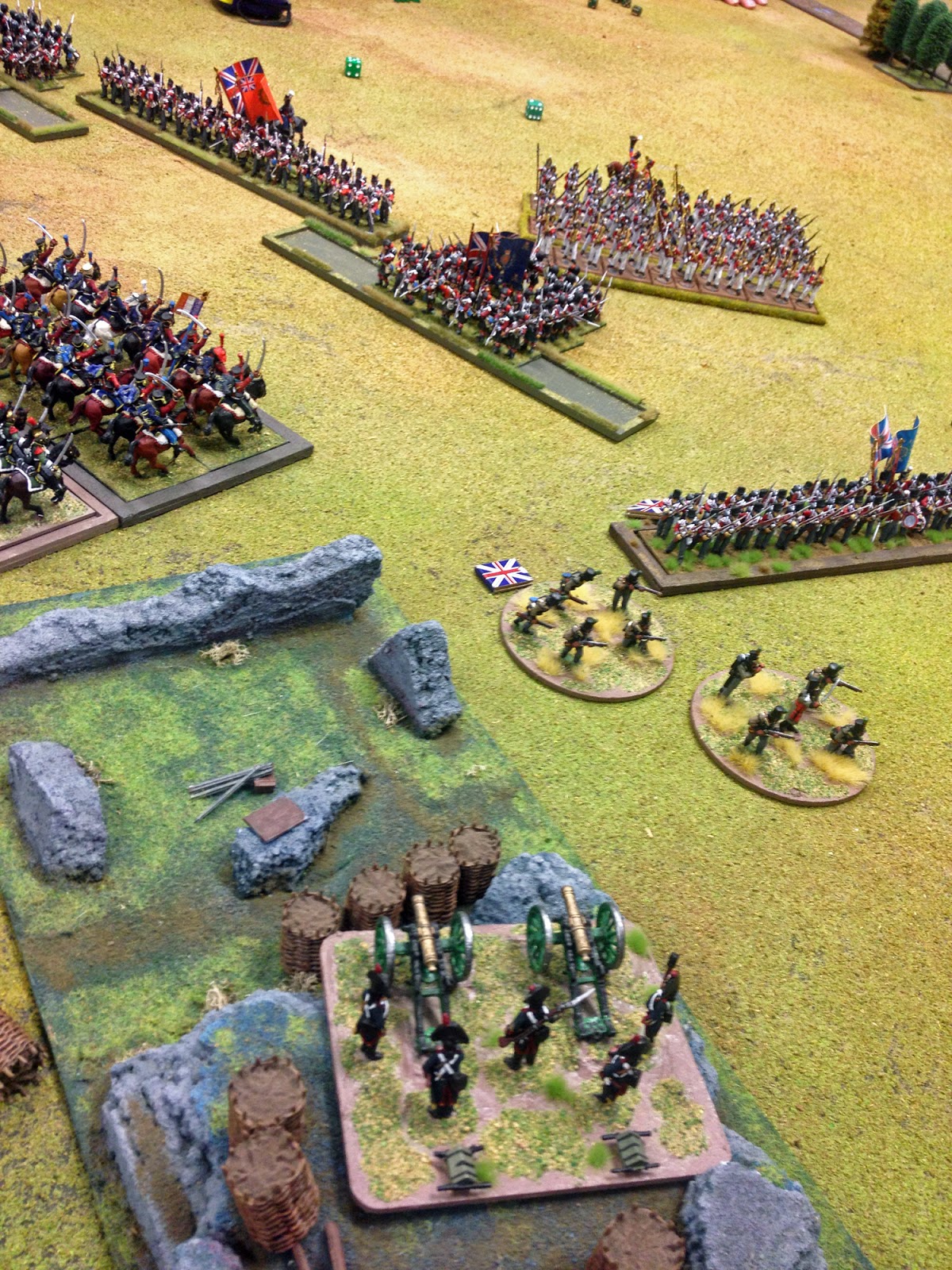 Peter had a great wad of British infantry, but they wouldn't move, their commander being more keen on waving his hat at other commanders than getting his men into action. 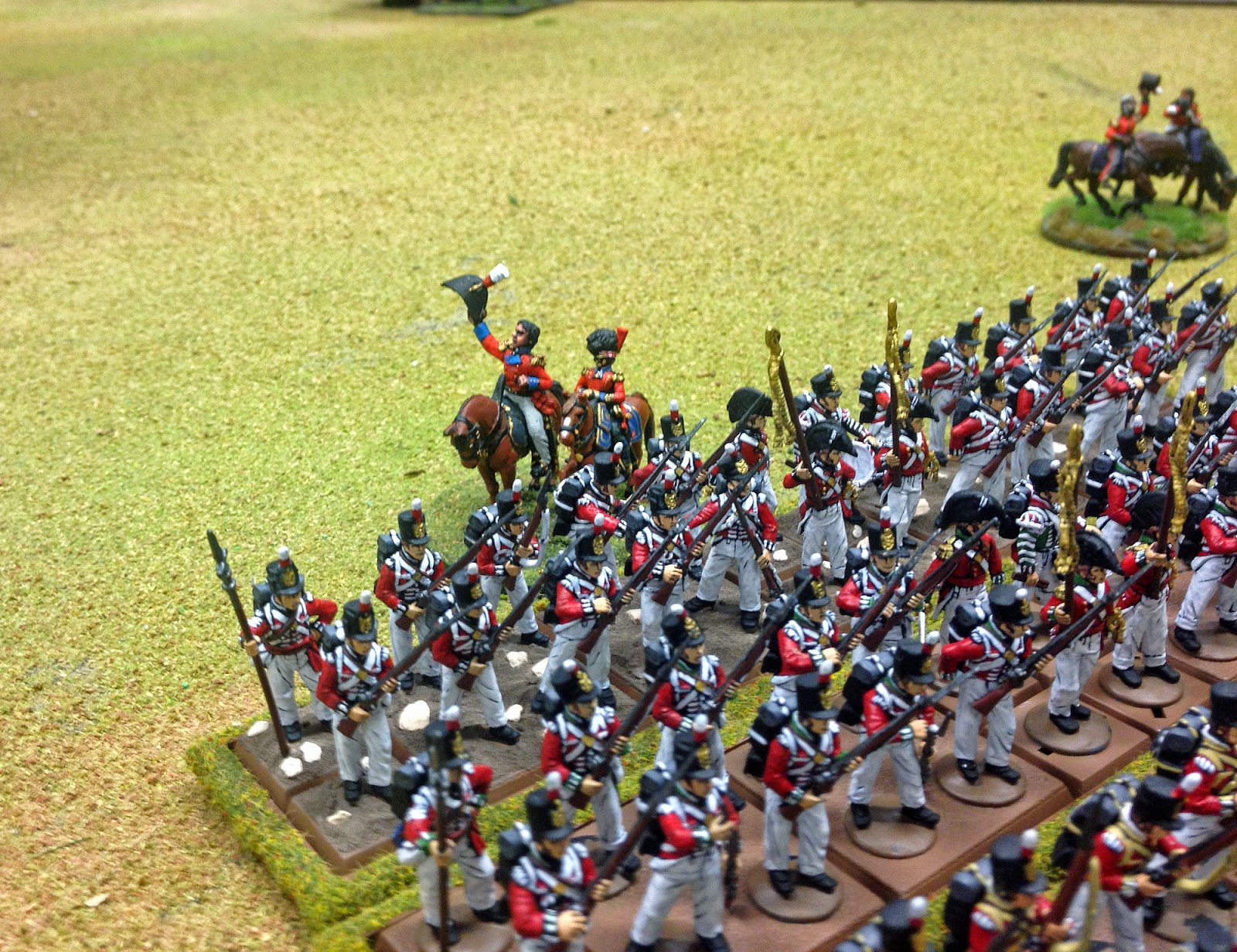 A long view of the battle, from my end, as more British troops were forced into square by my dashing chevaliers. 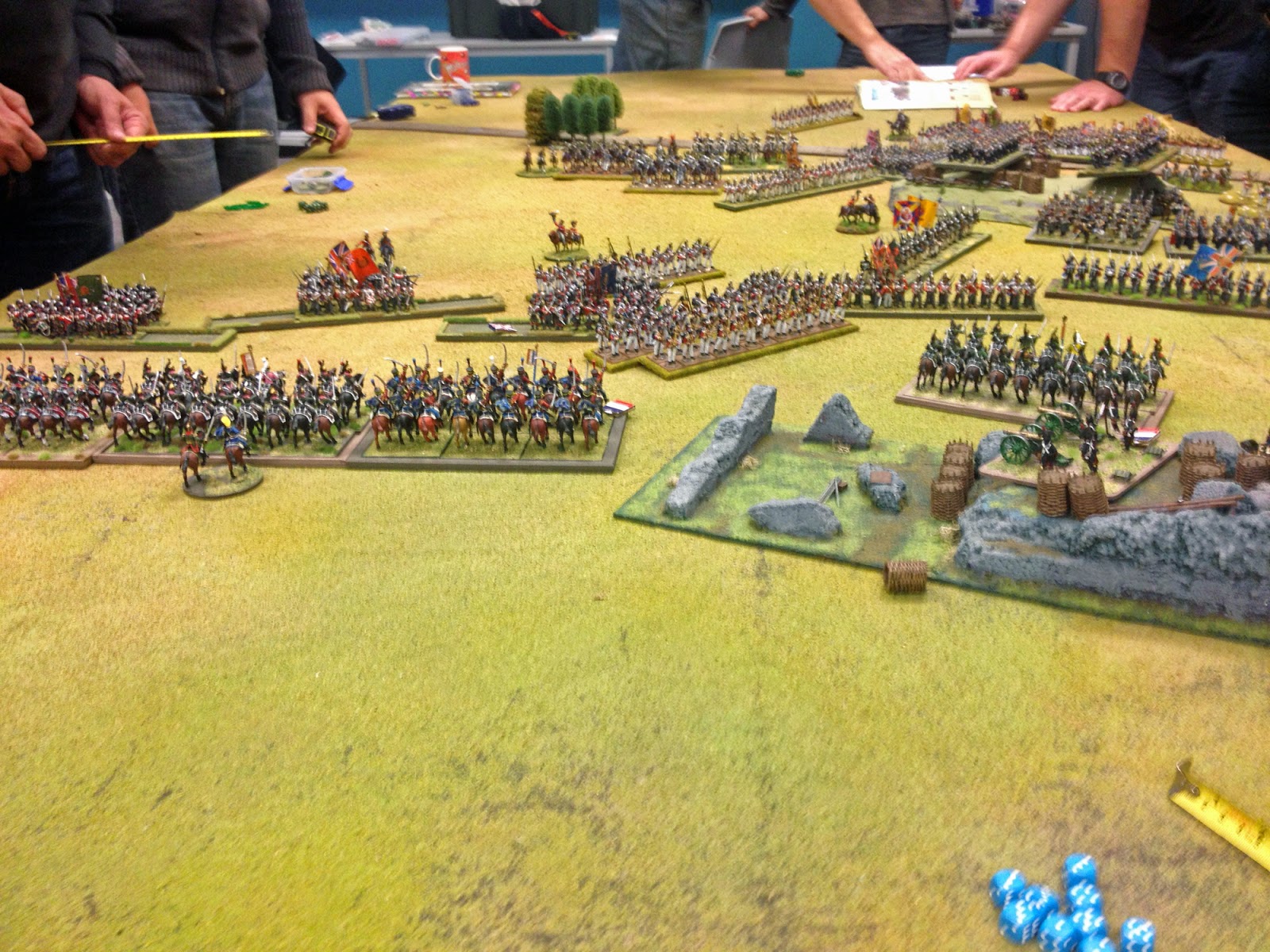 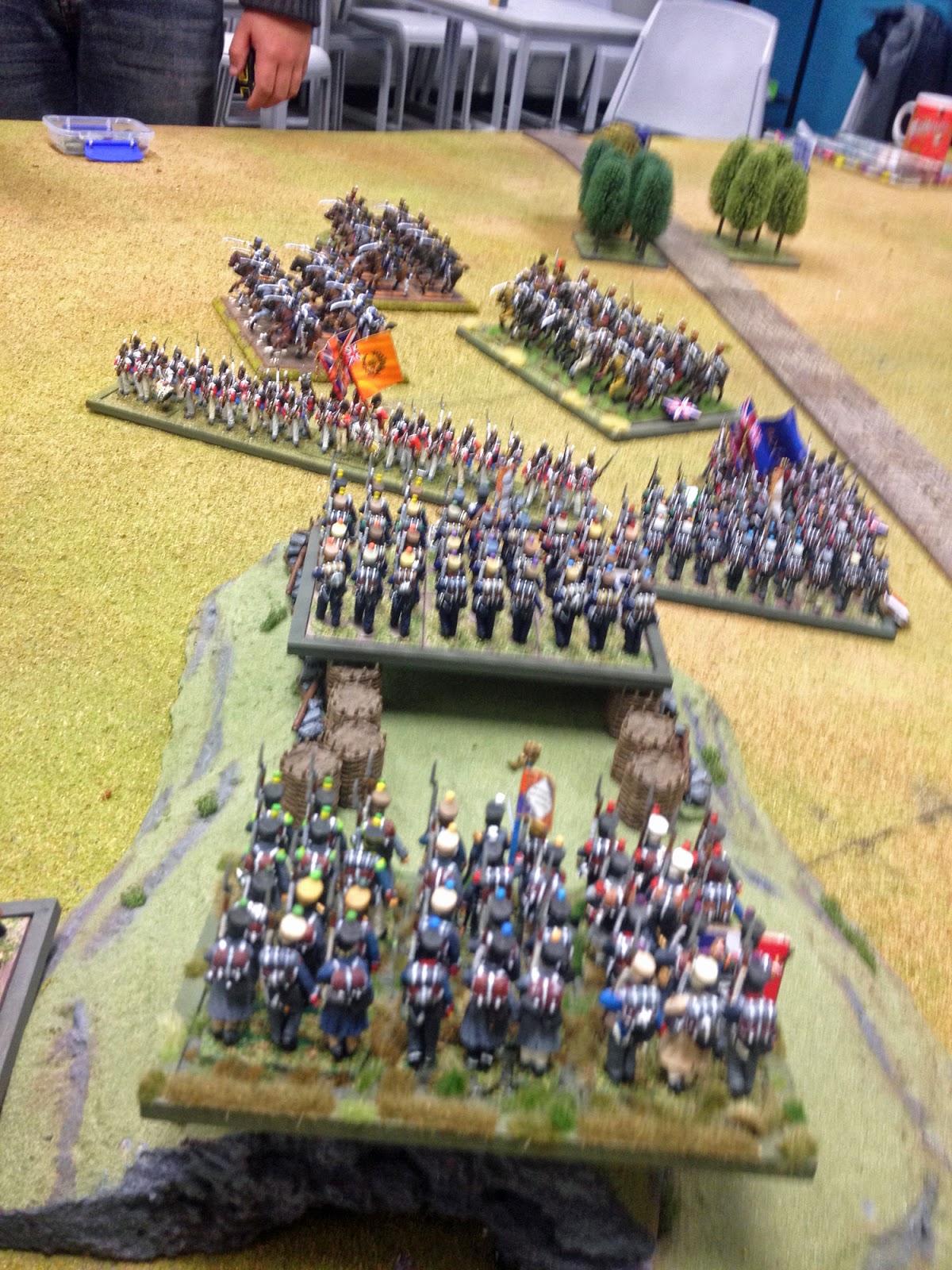 The British cavalry had crossed the table, and finally charged in an attempt to drive off my troops. They failed - we saw one unit off, and held another. Although musketry had cleared the second redoubt of gunners, the British still couldn't get any men in it because the cavalry were in the way or their troops were in square. It was now the end of the game, and the French had held their ground. 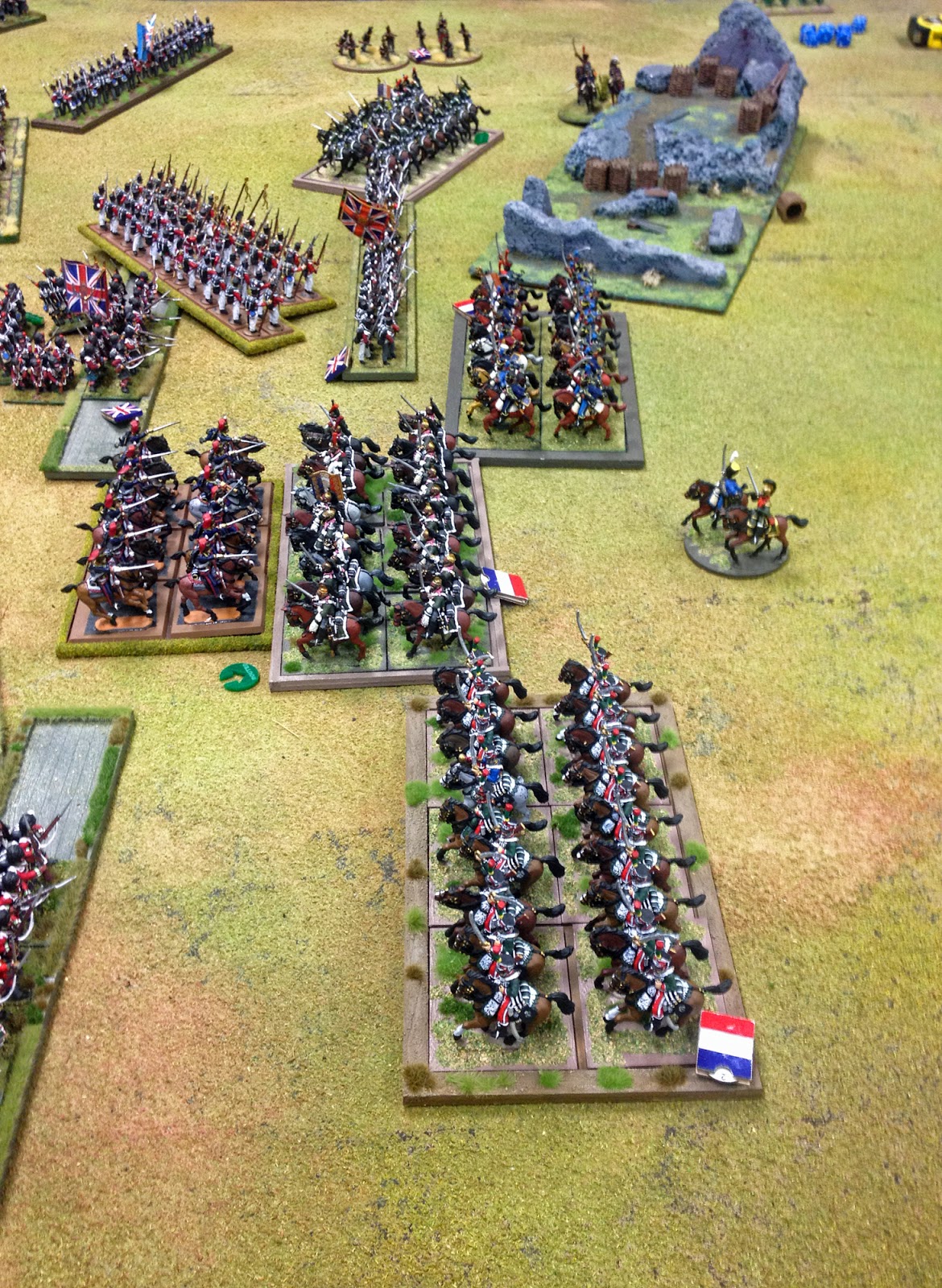 History will record how it was the gallant French cavalry who had won the day. 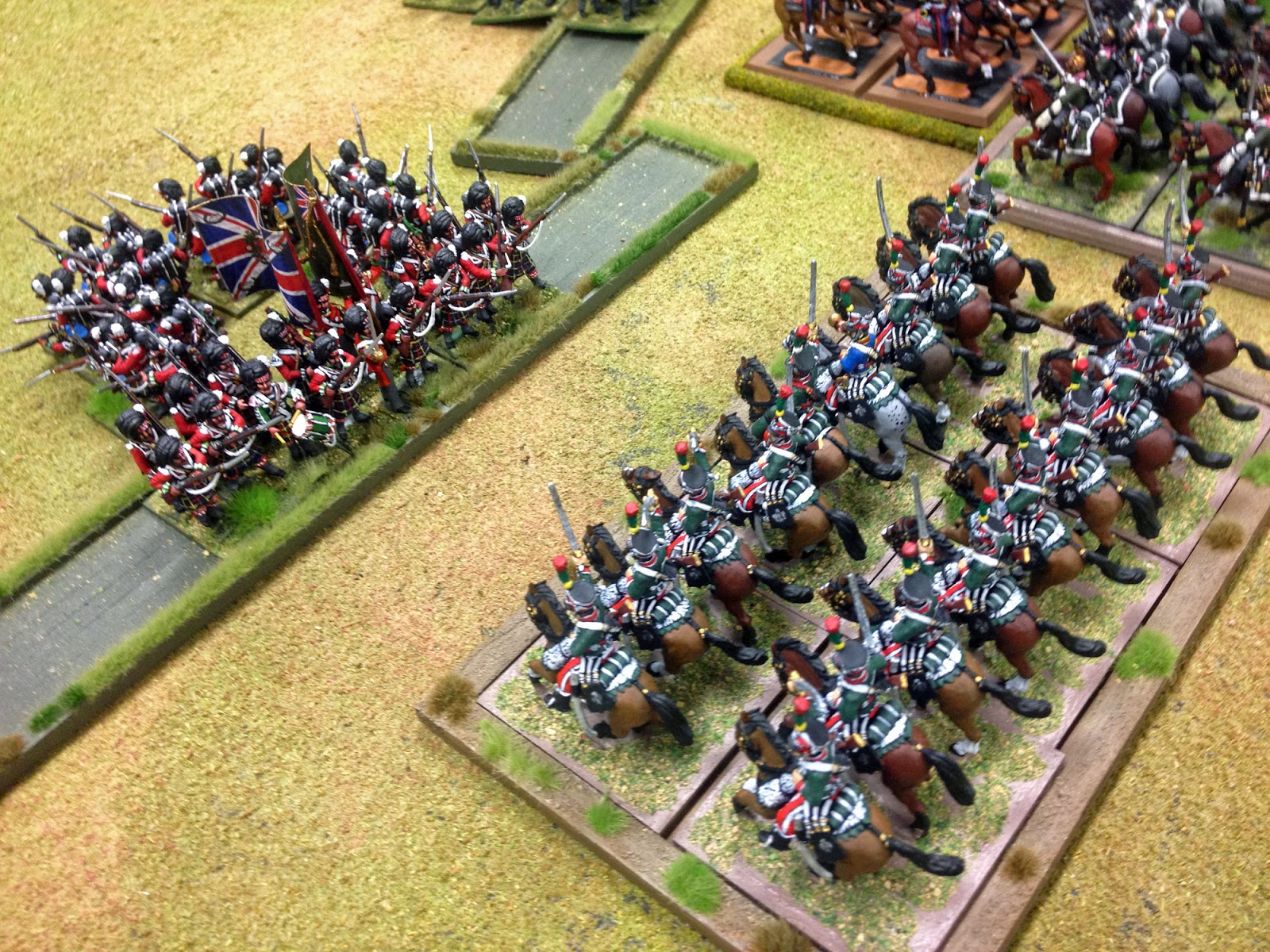 Ralph's account, with a much more detailed historical background and the scenario itself, can be found HERE.
Posted by Kaptain Kobold at 09:14