How long does it take to paint a HOTT army? Well, I've done it in a day, that's for sure. But the one I've just finished has taken me fourteen years.

I devised some lists for the Malian 'Epic of Sundiata' about that time, and posted the on The Stronghold. It seemed an easy enough army to produce from existing figures, so I bought all I needed to do both the army of Sundiata and that of his enemy, Sumangaru.

I mostly used 15mm figures from Irregular Miniatures medieval Arab and Turkish range, as they were cheap and easy to come by. I started painting Sundiata's army, got 90% into it and then the impetus died. That was fourteen years ago. Since then I have seen two children through full-time schooling and moved to another country.

The other day I found the figures, partially based, mostly painted and looking very forlorn at the bottom of a box. So I hauled them out and, yesterday evening, finished painting them. I based them this morning, and now they're ready to be presented to the world.

I give you ... The Long-Delayed Army of Sundiata 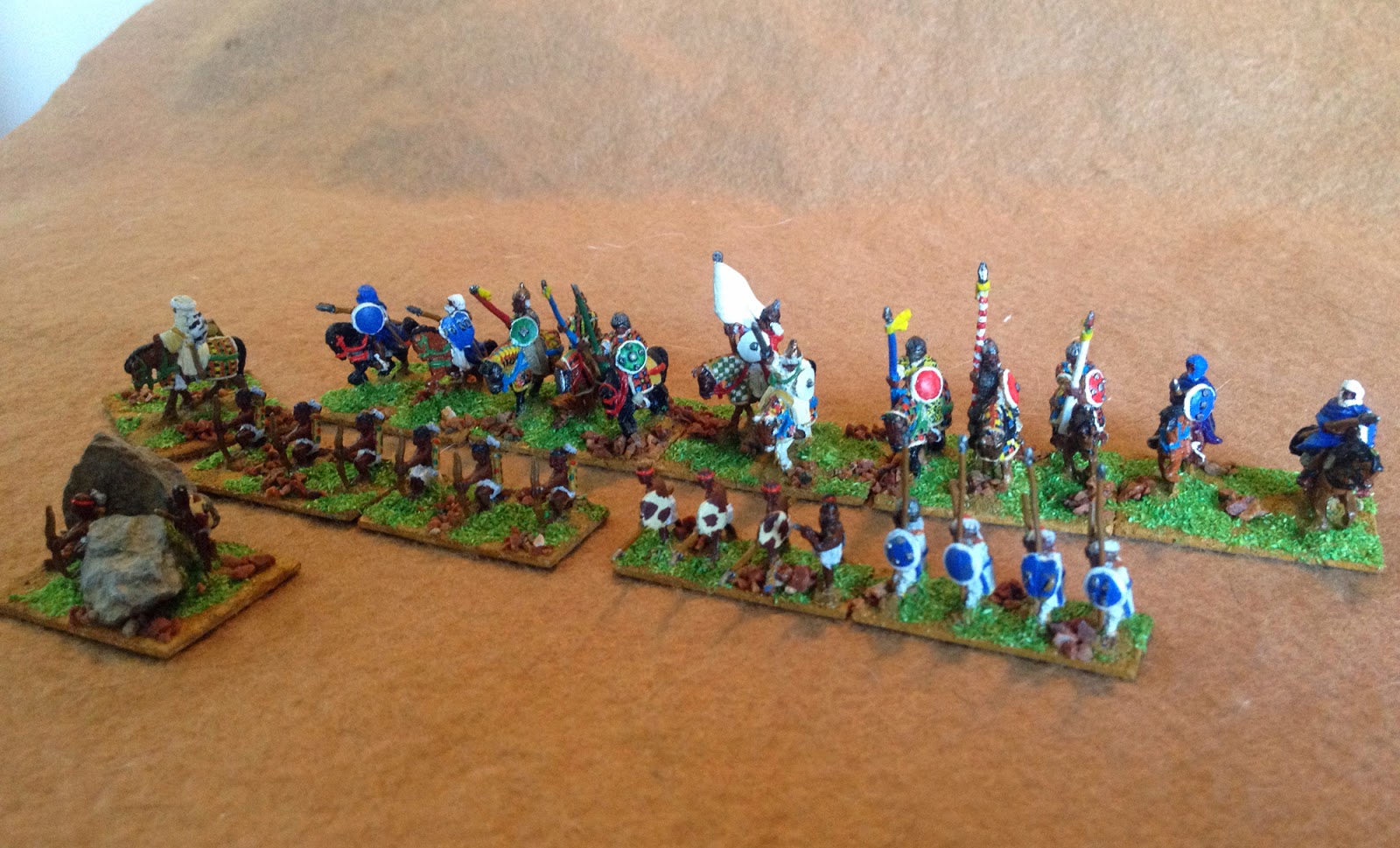 The army consists of the following:

Here's Sundiata, the Hero and Balla Fasseke, his griot, or personal bard. Balla Fasseke is classed as a Cleric because he does seem resistant to the magics of the evil Sumangaru, and also advises Sundiata as to how to avoid them. 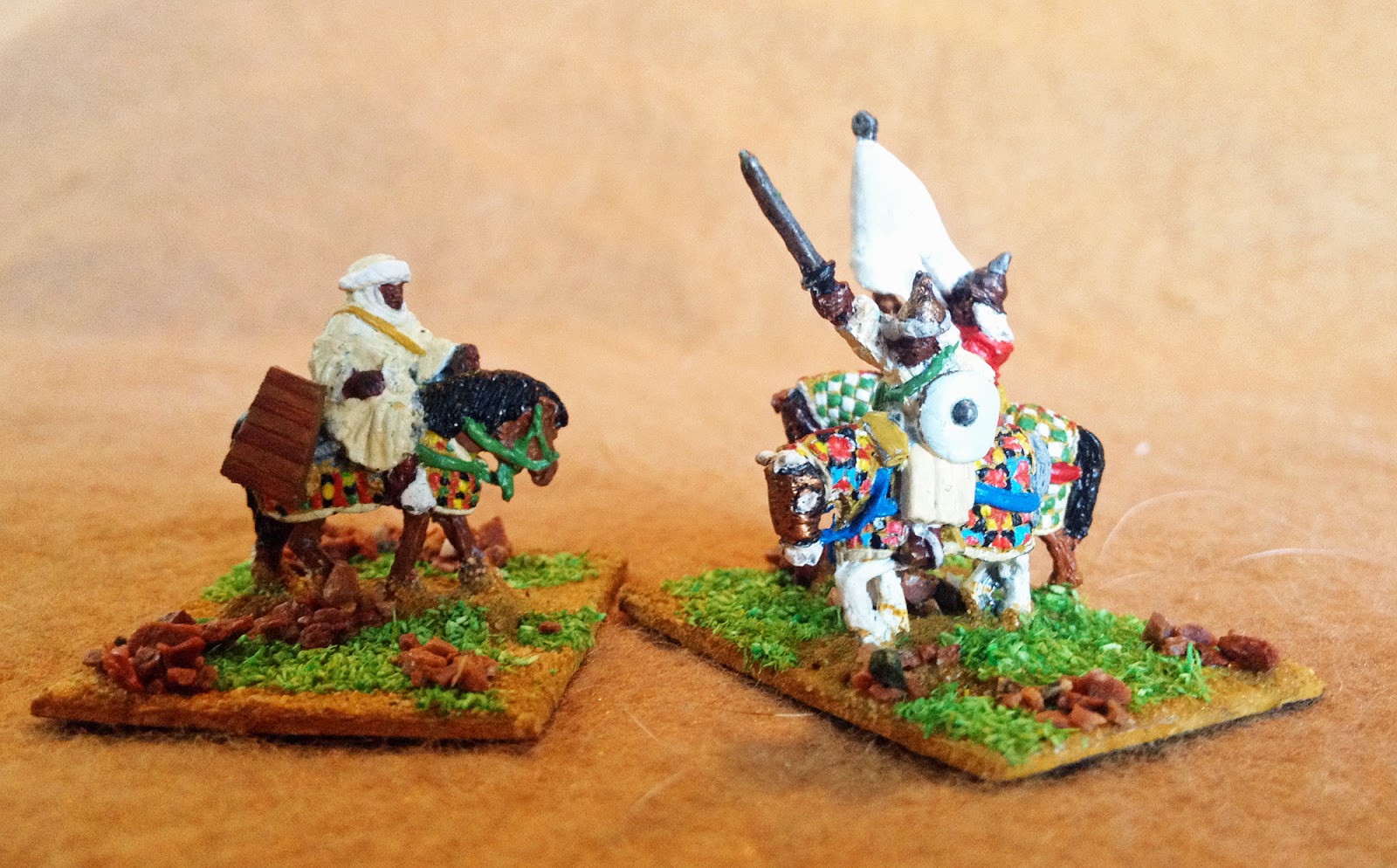 Sundiata, and his standard bearer. I have left the standard as plain white for now. If I feel inspired I may paint some kind of design on it. 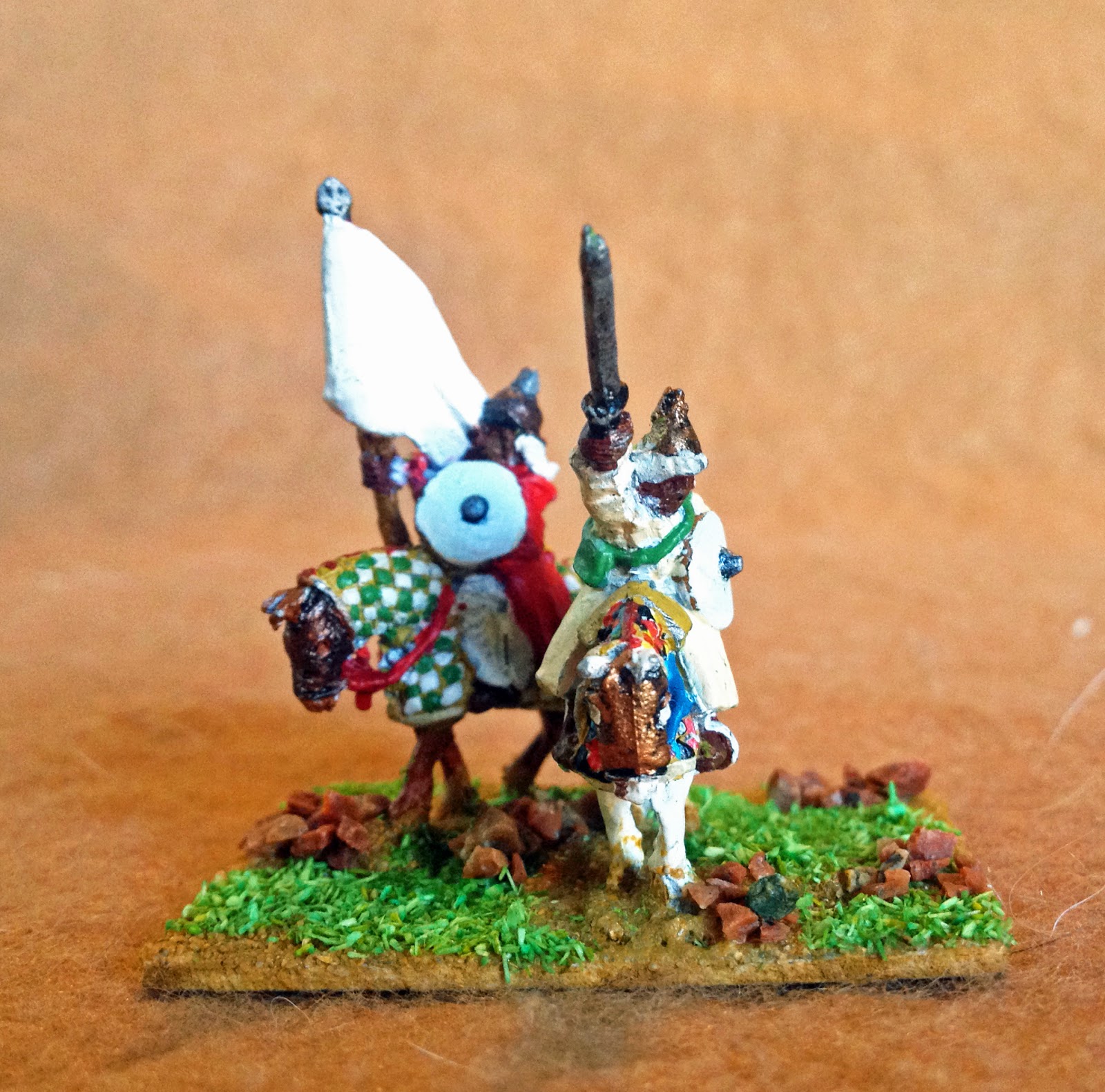 Balla Fasseke. Hanging from his saddle is a balafon, a kind of xylophone. 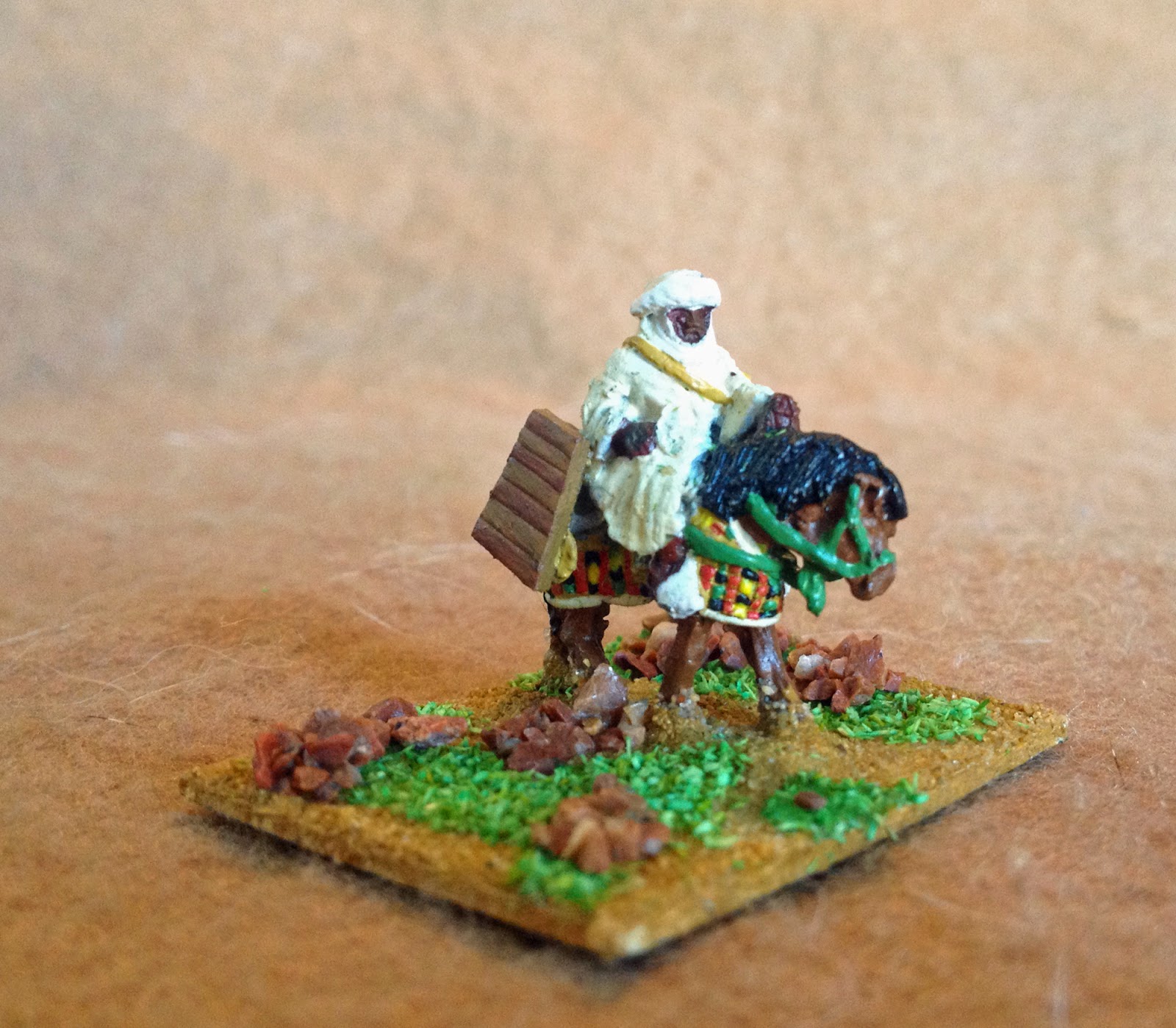 The Knights. Most of the heavy cavalry ride horses with quilted barding. There's a beautiful example of such armour, for both horse and man, in the British Museum in London. 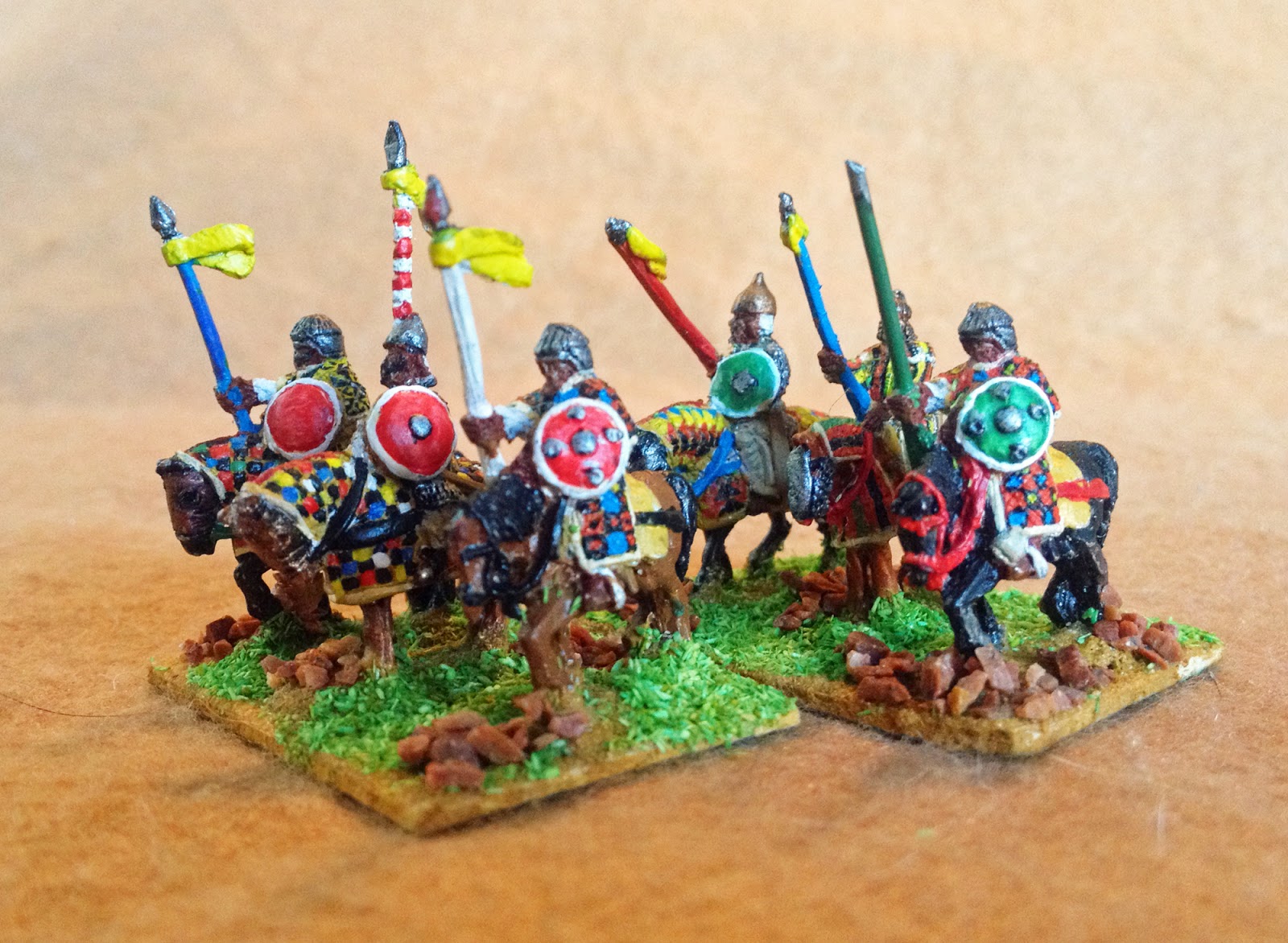 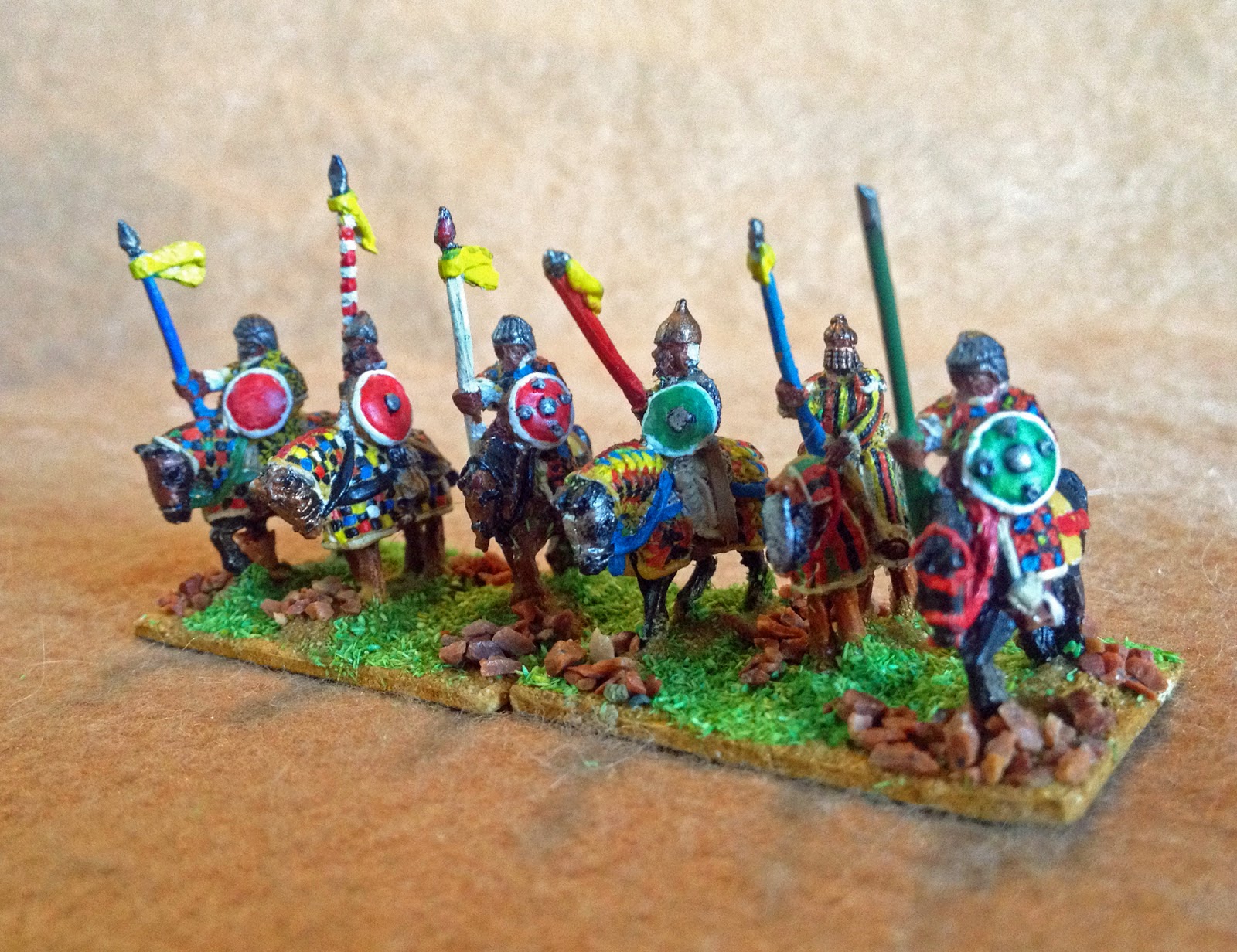 The light cavalry, classed as Riders. 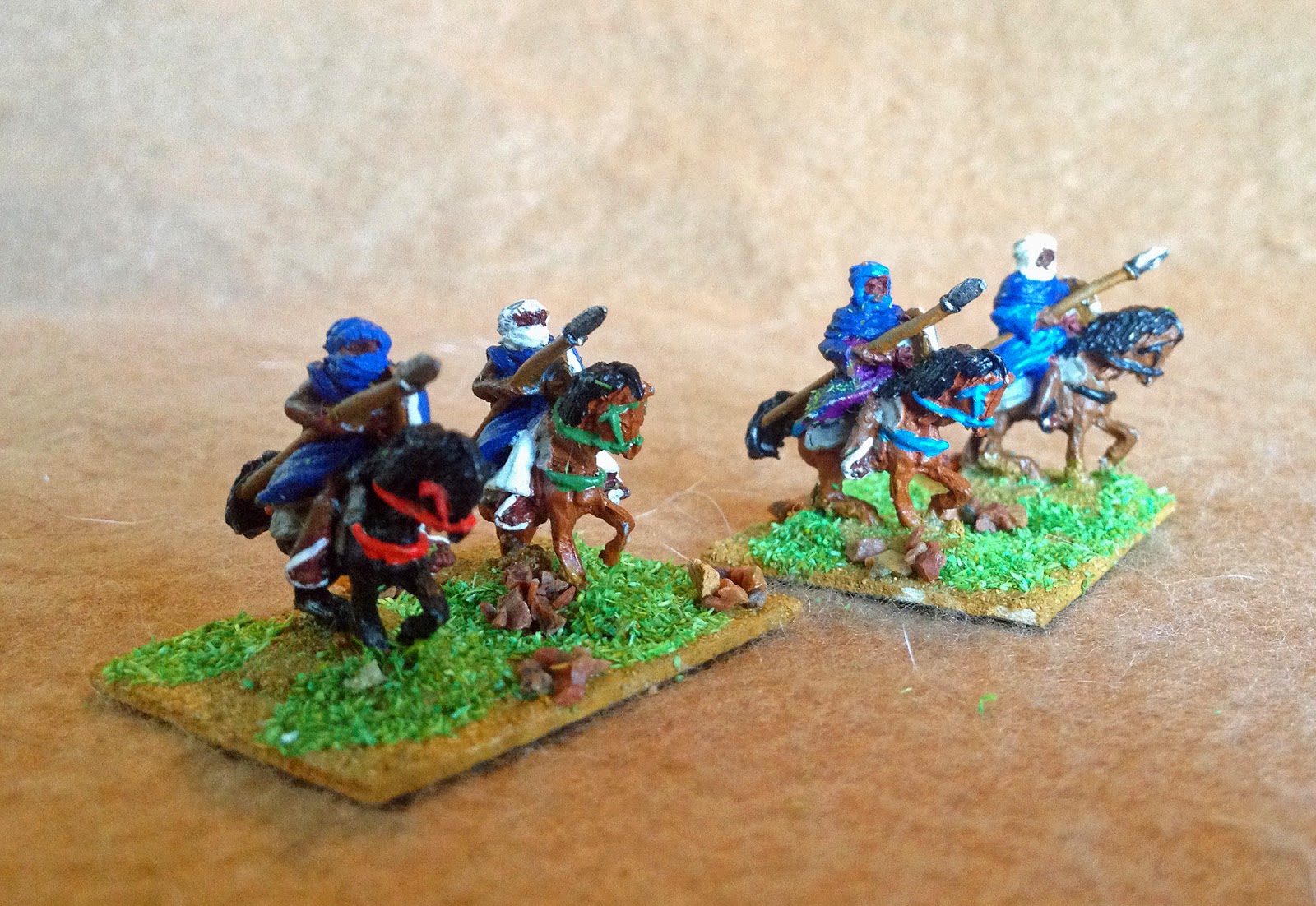 The Spears. I made one element look tribal, and the other closer to Berber styles. 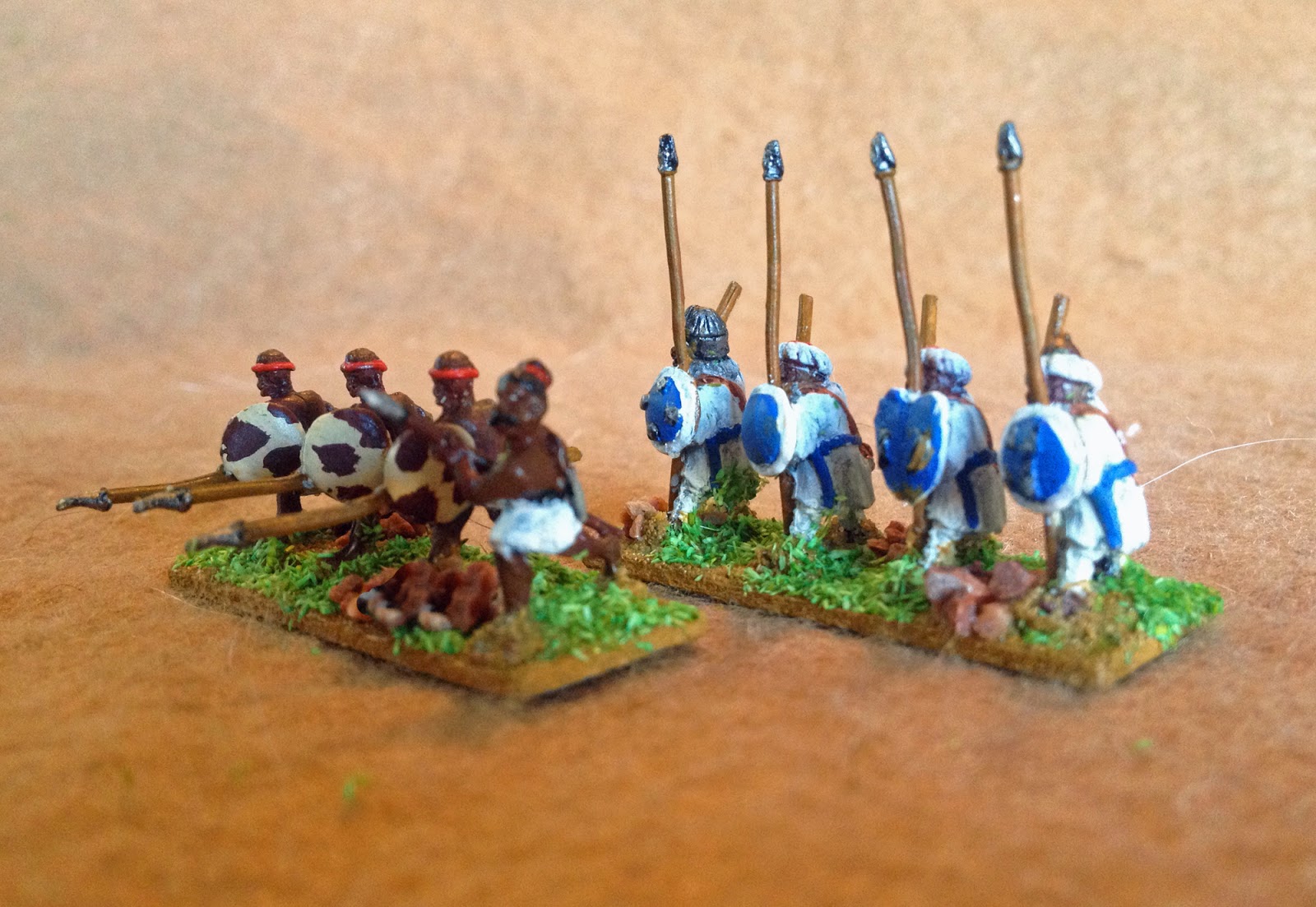 The archers, classed as Shooters, of course. 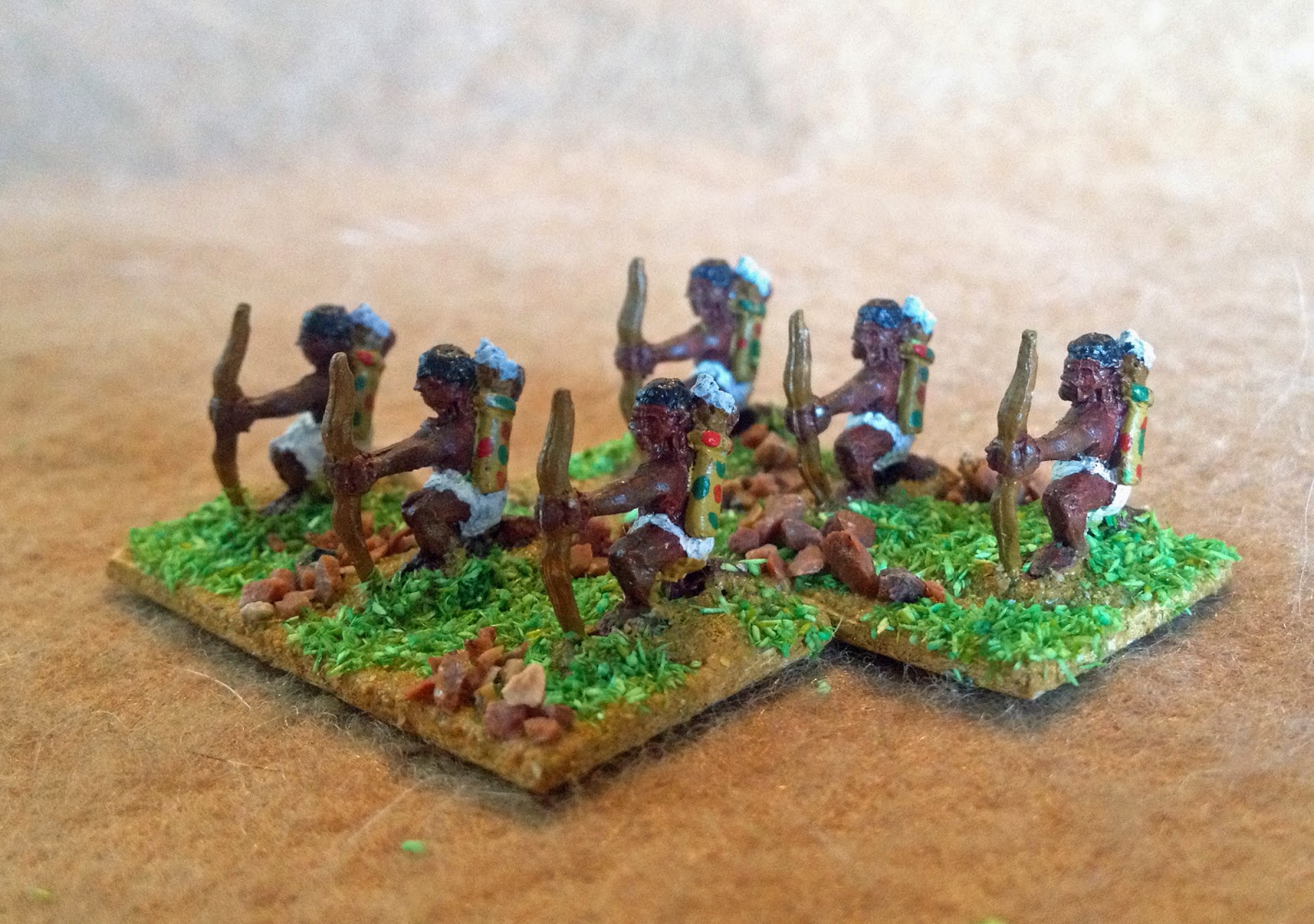 Some hunters, classed as Lurkers. 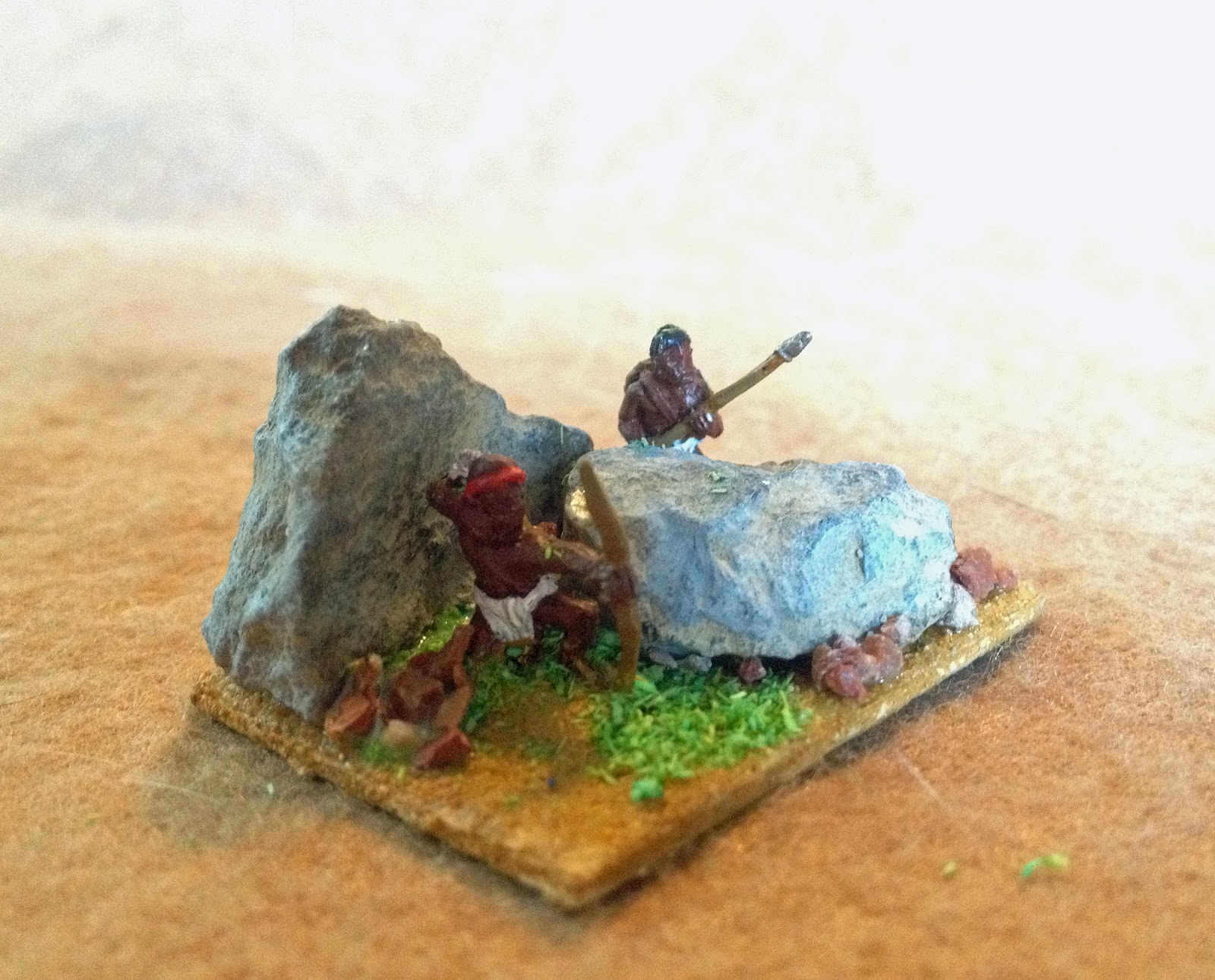 Aside from the griot's balafon there was no conversion needed for this army; it was a simple base and paint job. That took fourteen years.