Mauriceburg - a quaint town in northern Europe constructed entirely from paper and card. 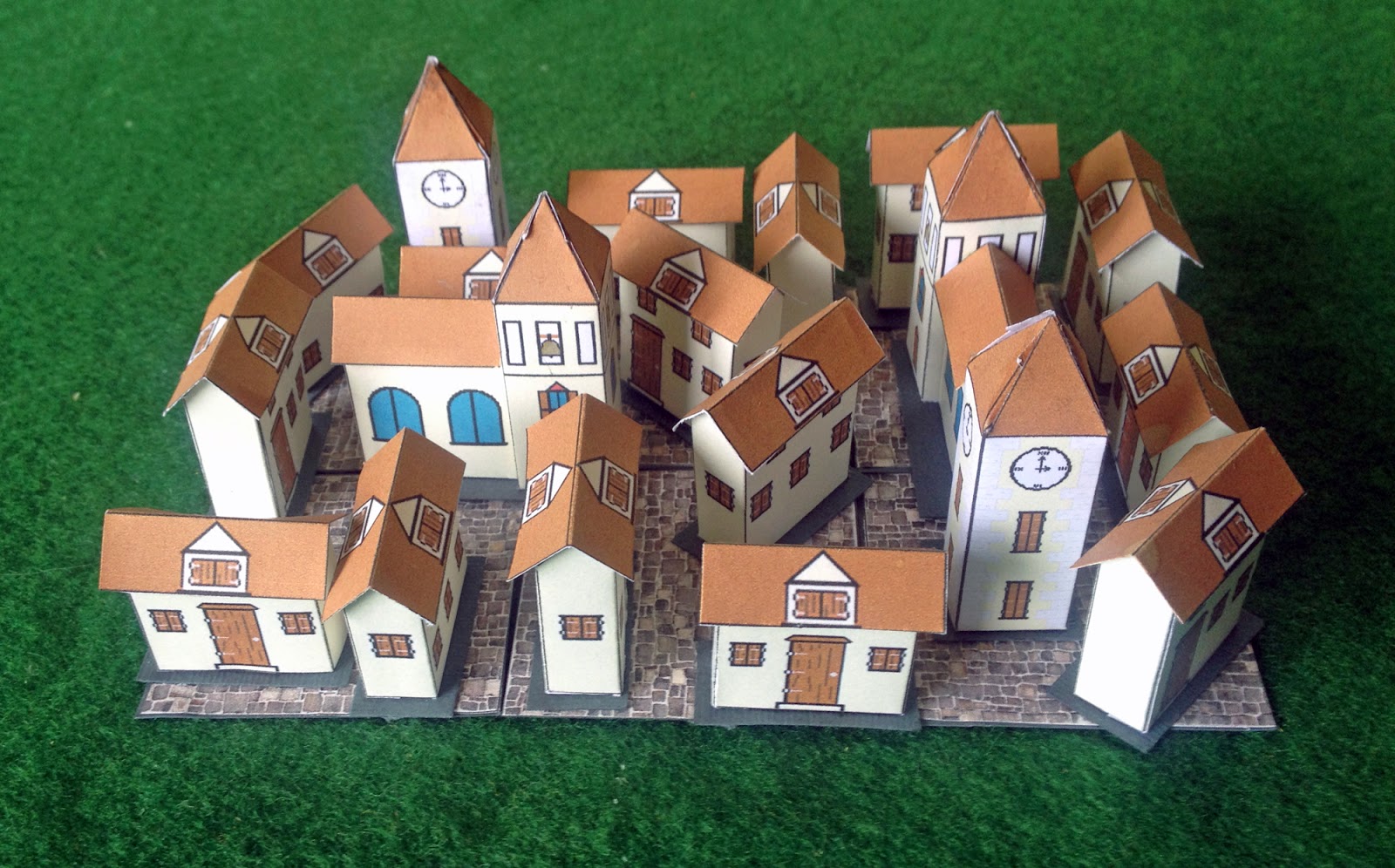 Aside from the distinctive houses, it has two churches and a couple of clock-towers. It measures a mere six inches by four. 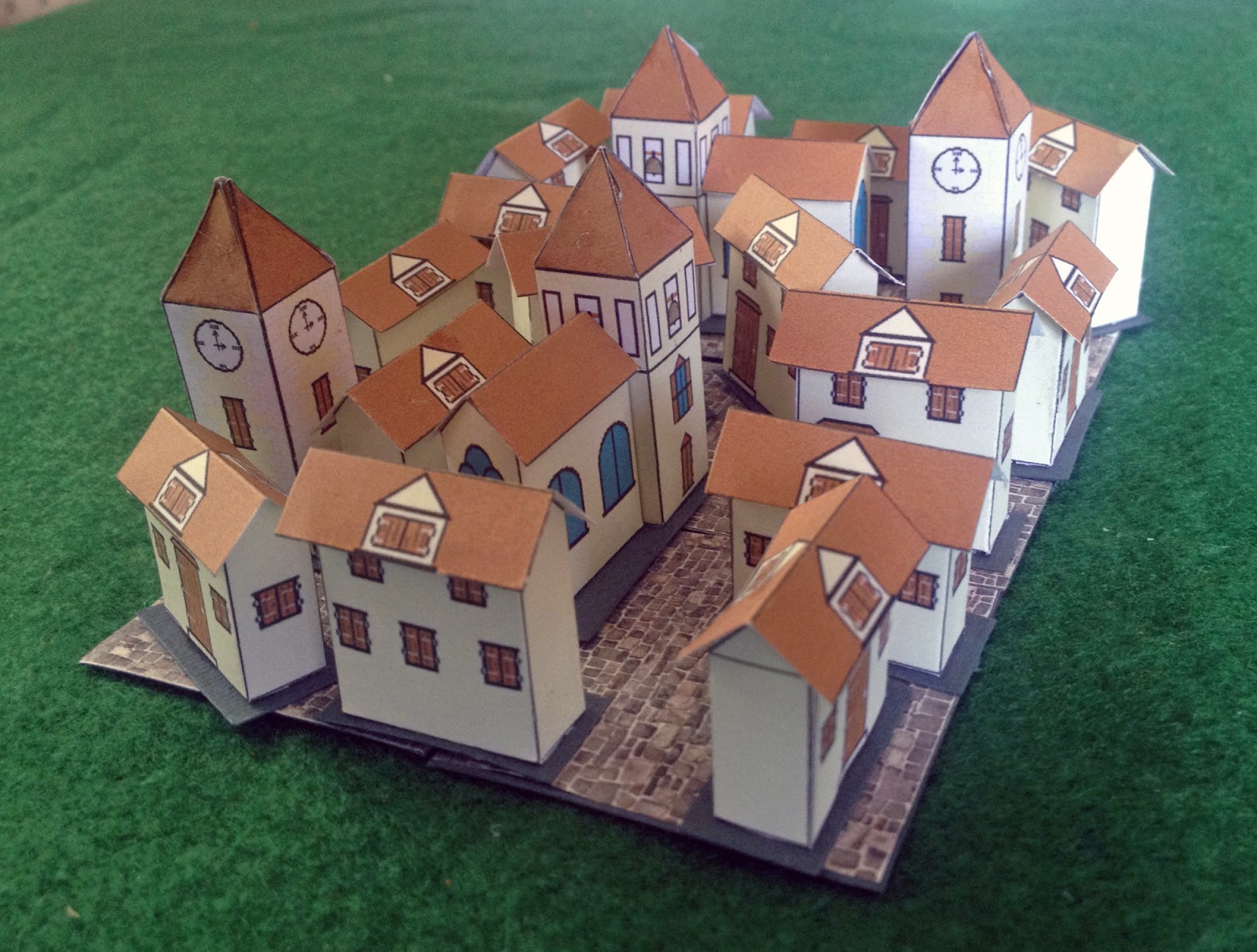 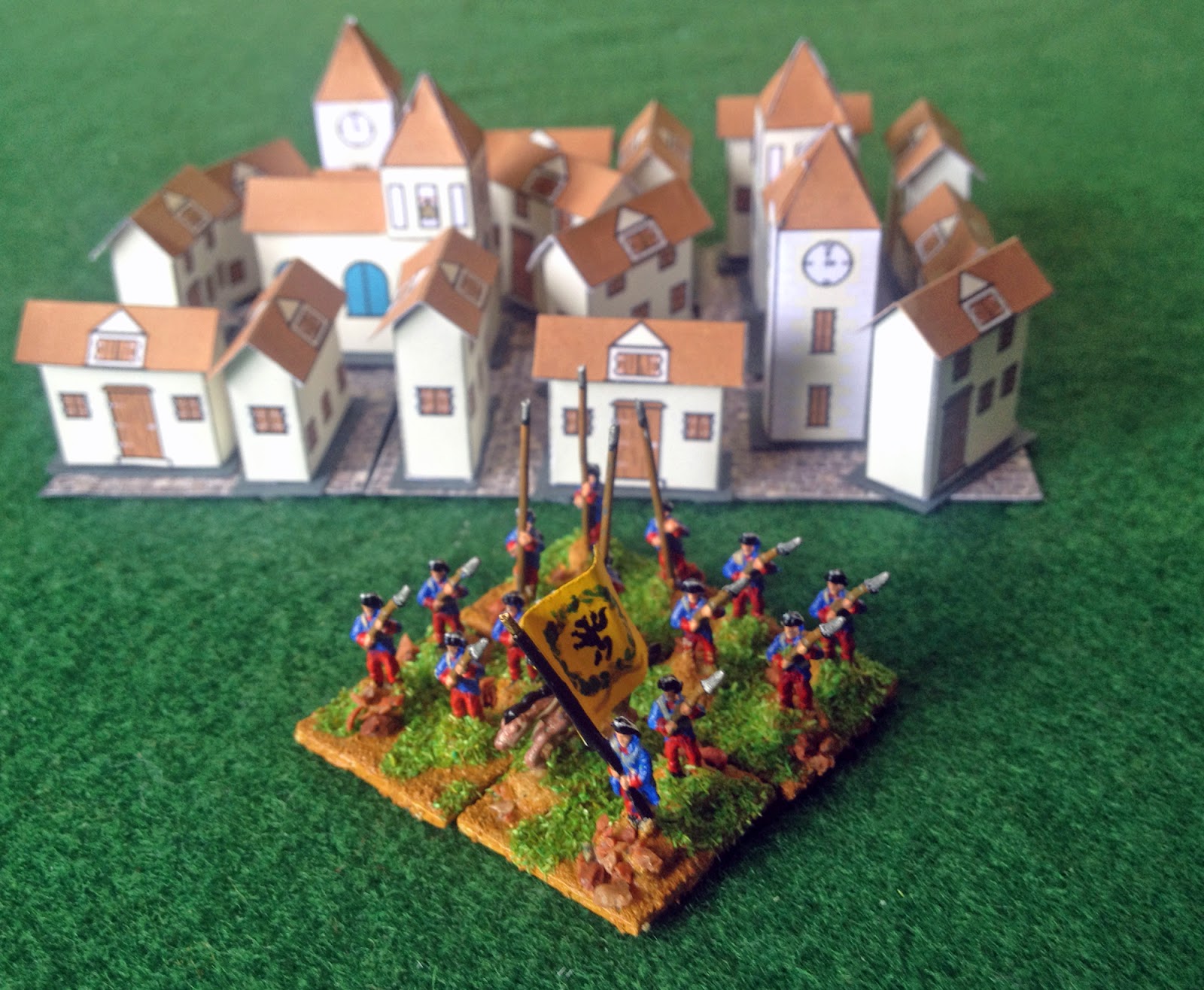 ... and briefly occupied it, just long enough for an engraving to be done. 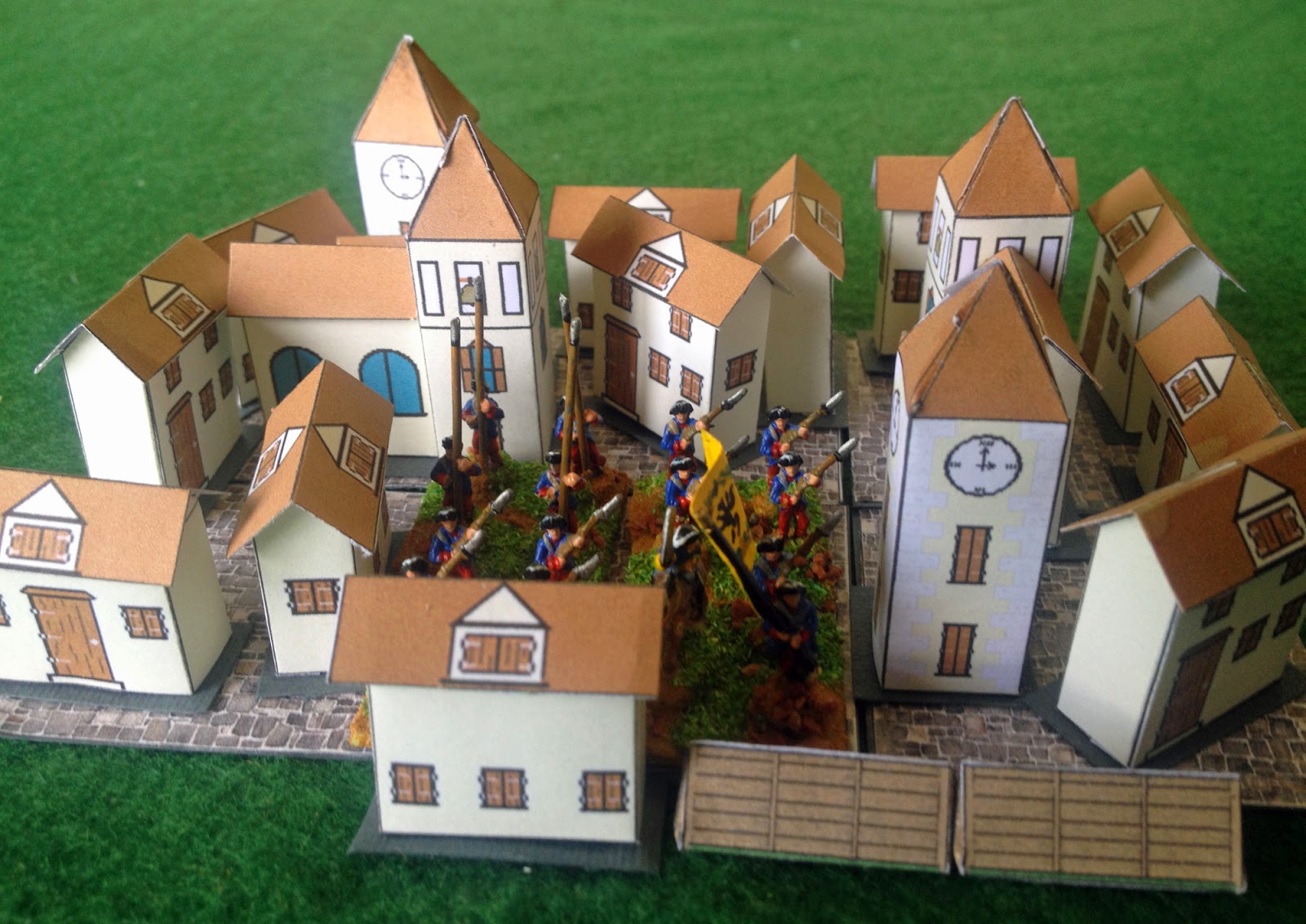 Around the town are numerous small villages, each two inches square. The Swedes visited those as well ... ... and were attacked by Russians. 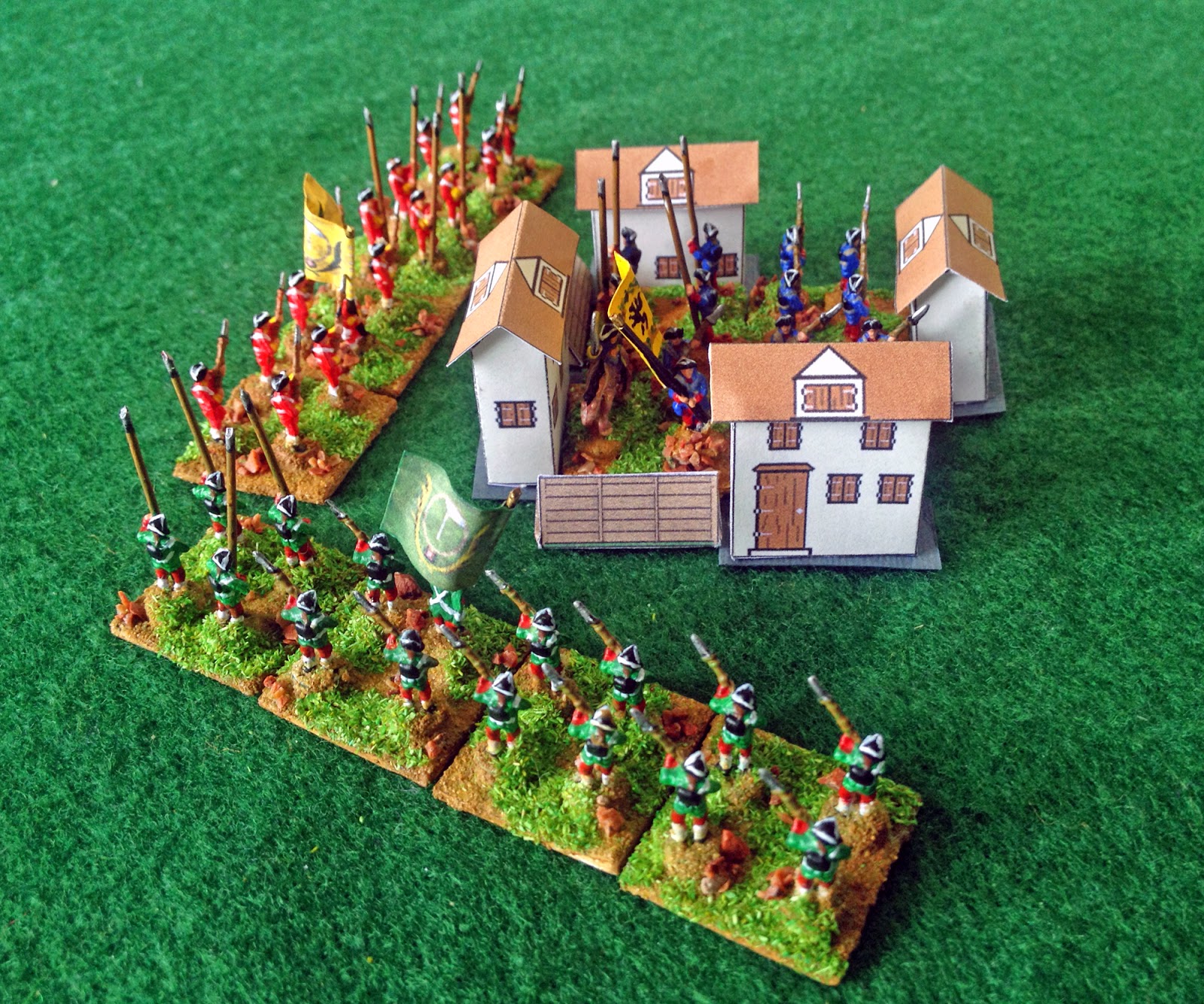 The traditional design of the villages makes them easily defensible, as can be seen here. 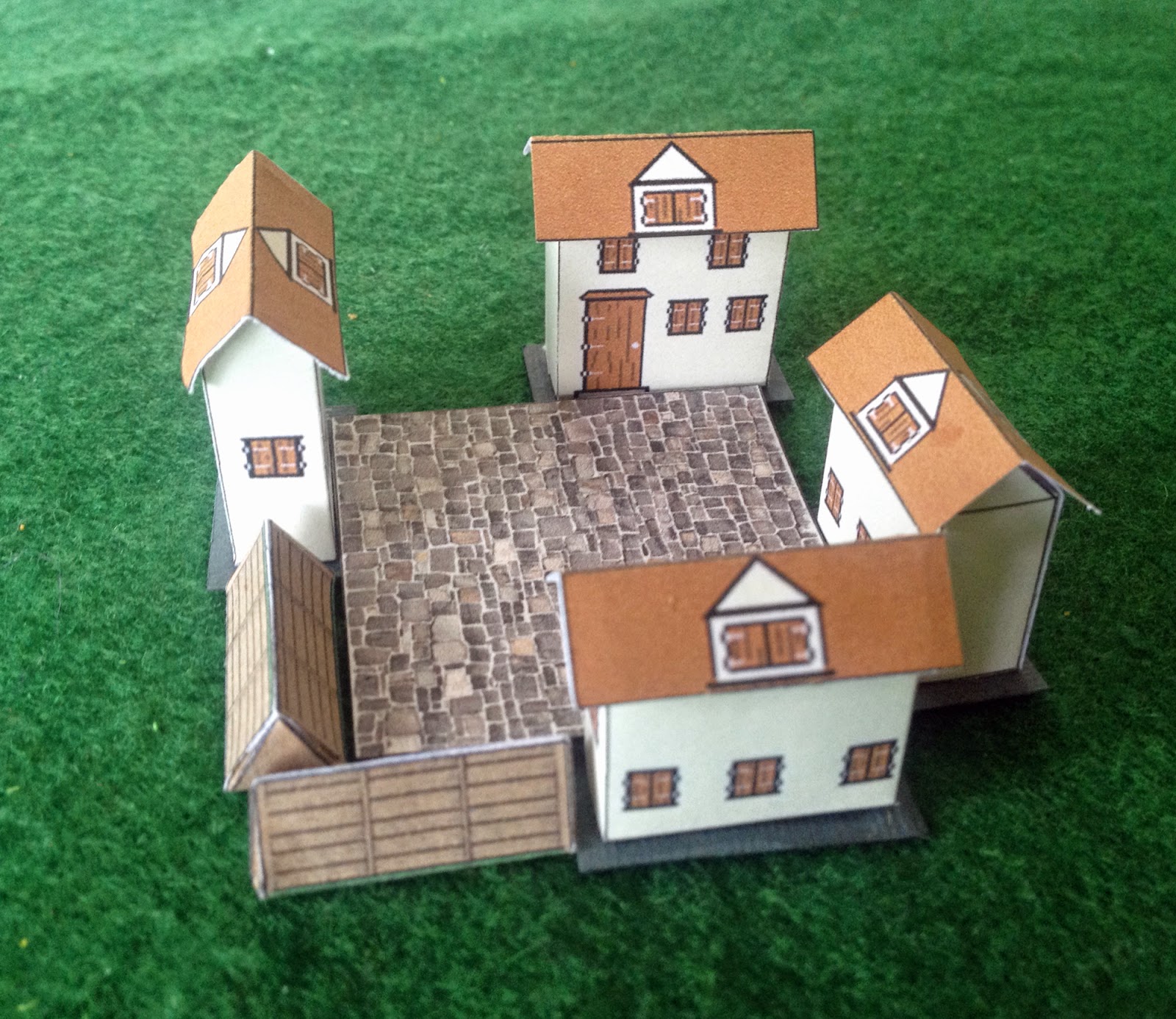 Last night I put together enough paper buildings to make five or six two base-width by two-base-width villages for Maurice or, as can be seen, a small town. As detailed in previous posts, they are designed to look like villages, whilst still being practical and unobtrusive when the village becomes the centre of the action. They're far from perfect, but I think they do the job.

On Thursday they'll be making their first full-game debut. Look out for the photos.
Posted by Kaptain Kobold at 10:15