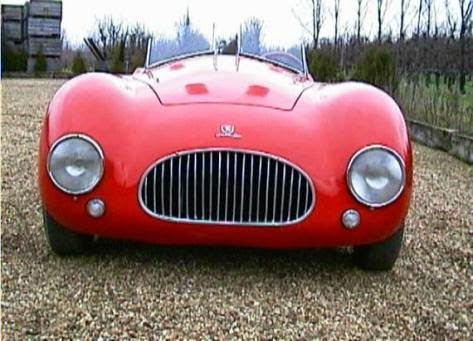 My uncle has a country place
That no one knows about
He says it used to be a farm
Before the Motor Law
And now on Sundays I elude the eyes
And hop the turbine freight
To far outside the wire where my
White-haired uncle waits.

The song itself was inspired by a short story by Richard S. Foster called 'A Nice Morning Drive'. In this the protagonist drives a MG, and the other vehicles are Maximum Safety Vehicles (MSVs), which are safety cars designed to withstand collisions at up to 50mph. In the world of the story, MSV drivers ram 'conventional' vehicles off the road for fun, and that's the fate awaiting the narrator if he fails to evade them.

You can read the story HERE.

And here's the song. Turn it up loud.

Anyway, I thought that I would take inspiration from both song and story to create a short scenario for Machinas.


Jump to the ground as the turbo slows
To cross the borderline
Run like the wind as excitement shivers
Up and down my spine
Down in his barn
My uncle preserved for me
An old machine
For fifty-odd years
To keep it as new
Has been his dearest dream.

The basis is the road chase from the rules. You will play the driver of the Red Barchetta. You are being pursued by two MSVs, and must evade or avoid them.


I strip away the old debris
That hides a shining car
A brilliant Red Barchetta
From a better vanished time.

The Red Barchetta is a sports car, so gets +1D6 on the Passing Table, but -1D6 on the Bashing table. It counts as Tuned Up, so gets +2 Bonus Dice at the start of the game. In addition you can choose two of the following:

Build your driver with 9 points, and you're ready to go.

The MSVs have no special abilities, and count as Sedans. Generate their driver stats using the Wasteland table.

To play the game, set up the Red Barchetta in the lead, with the MSVs behind it. Use the road generation table to determine the nature of the next stretch at the start of each turn. The MSVs are run as non-player vehicles, of course. If they win a Passing attempt, they will simply pass on a 1-3 and Bash on a 4-6.


Well-oiled leather
Hot metal and oil
The scented country air
Sunlight on chrome
The blur of the landscape
Every nerve aware.

The game plays as a standard chase. However the roll to end the chase applies to both MSVs, not just one, and represents the Red Barchetta reaching the one-lane bridge. If using the optional rules for Shoulder Driving, the road is considered to be three lanes wide. Obviously there is no shooting.


Suddenly ahead of me
Across the mountainside
A gleaming alloy air-car
Shoots towards me two lanes wide
Oh, I spin around with shrieking tires
To run the deadly race
Go screaming through the valley
As another joins the chase.

If the roll to end the game is made, and the Red Barchetta is not the lead car, then play one more turn.

The MSVs win if the Red Barchetta is wrecked, or it is not the lead car at the end of the game.

The Red Barchetta wins if it is the only car still running, or the game ends and it is the lead car.

Any other result is a draw.


Ride like the wind
Straining the limits
Of machine and man
Laughing out loud with fear and hope
I've got a desperate plan
At the one-lane bridge
I leave the giants stranded
At the riverside
Race back to the farm
To dream with my uncle
At the fireside.

Coming Next - I play the scenario ...

Afterword - Rush tried to contact Richard S. Foster in order to let him know that his story was being used for a song, but his contact details were out of date. The story of how he found out about his contribution to the world of music, and how he met Rush lyricist and drummer Neil Peart can be found HERE.
Posted by Kaptain Kobold at 23:00