There's nothing better than a couple of games of HOTT on a Thursday evening. So that's what I did yesterday. Geoff wanted to try out is rebased Heroic Greeks. I used my Ophidians. I used the same army in both games - three Magicians, four Warband and two Shooters. Geoff used a Hero general, four Spears, two Knights and four Warband in the first game, but dropped two Warband in favour of a God in the second.

The first game. The Greeks defended in both games. 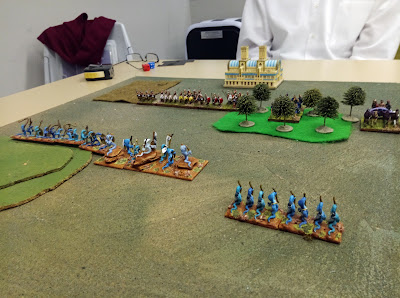 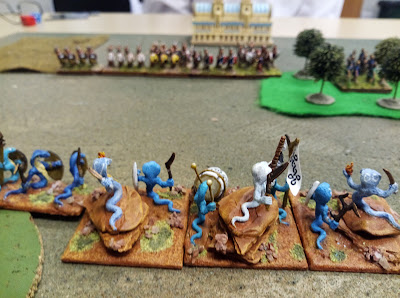 Geoff rushed the Ophidian archers with his chariots and peltasts. 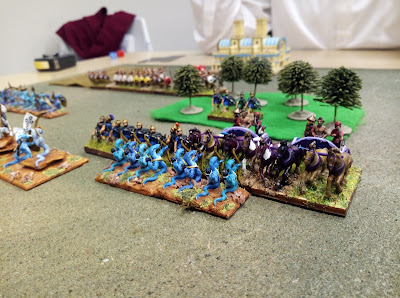 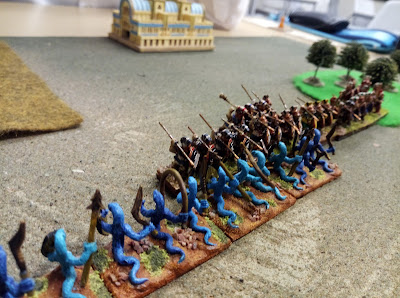 It collapsed, and the warriors soon had the Greeks flanked and fighting hard. 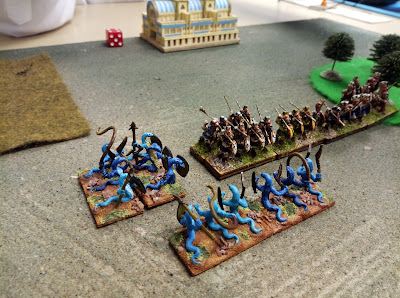 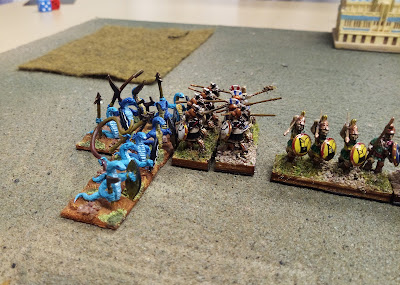 Unfortunately the Greek chariots rolled up the Ophidian archers, and the magicians were now under pressure. 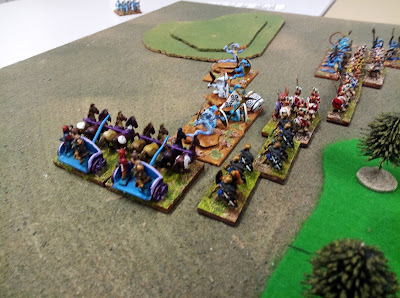 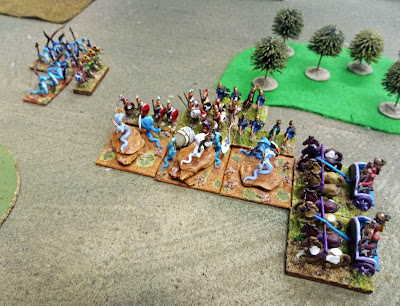 Achilles led his Myrmidons in a bold attack on the Ophidian supreme sorcerer, to win the battle for the Greeks. 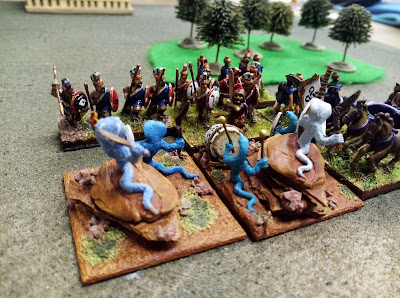 On to the second game. The Greeks were fielding a God, so rather than wait for it I launched the Ophidians into a bold attack. 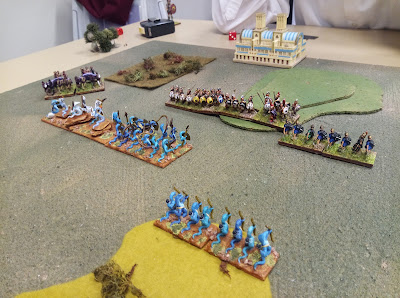 It could have gone better - Achilles took out a lot of the Ophidian warriors. 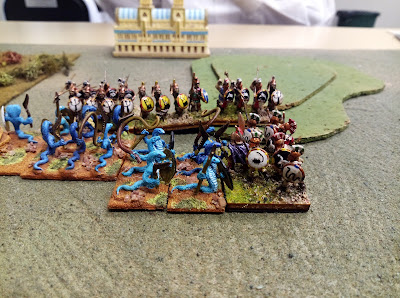 Ares appeared, and eyed up the Ophidian magicians; a bold move for any God in HOTT. 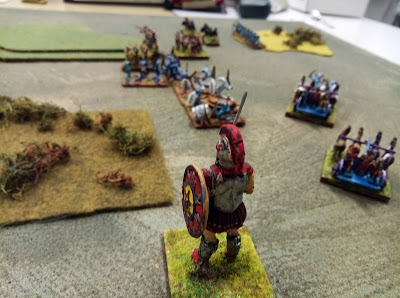 The Greek chariots were already engaging the snakey sorcerers. 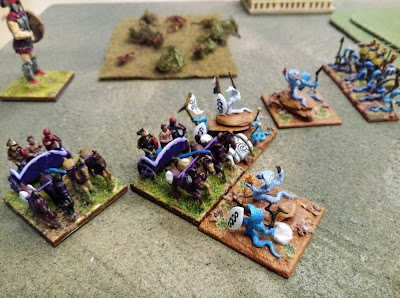 Ares attacked the Ophidian general, but was held to a draw. 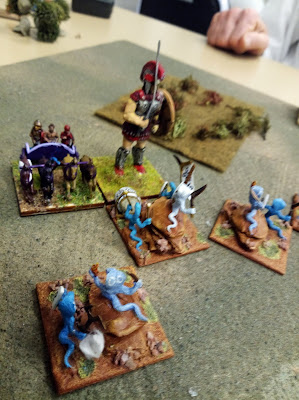 Nevertheless, he persisted, and the Ophidian general fell again. 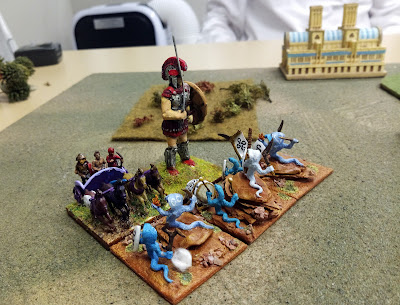 This was a closer game. Although I lost my general, the Greeks had taken sufficient casualties that if they'd lost one more element in that last bound the losses would have been equal and the game could have continued. There were a few opportunities for a sneaky win on the cards in that situation (albeit one of them being Geoff rolling a '1' for PIPs and losing the 4AP the departing God was worth).