On our travels we passed through Adelaide River, and took some time to visit the war cemetery there. It's supposedly the largest in Australia, and provides resting places for many of the Commonwealth dead from that area of the world. 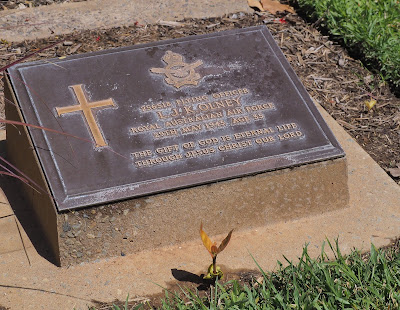 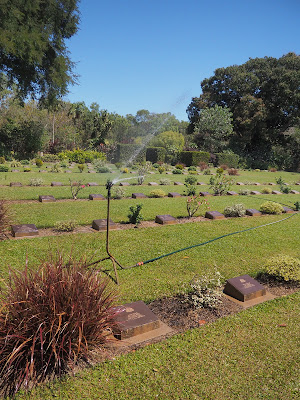 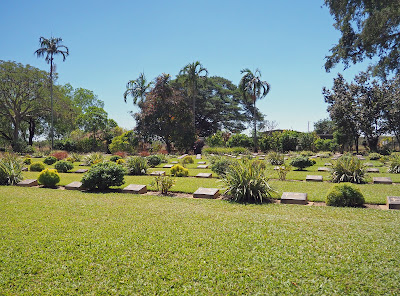 One section is devoted to civilians. It is dominated by the memorial to the ten people killed by the bomb which destroyed Darwin't post-office on 19th February 1942. 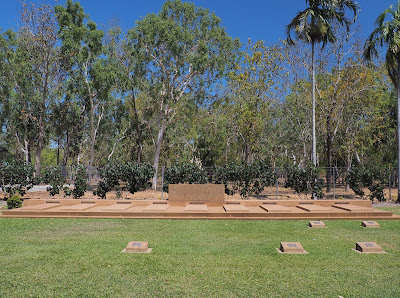 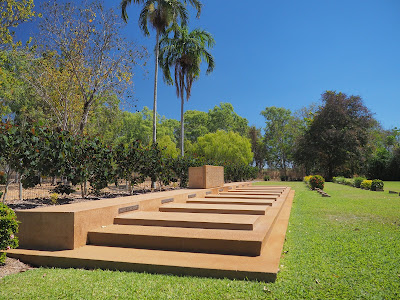 A large cross sits at the back of the cemetery, and there is also a memorial to those with no known grave. 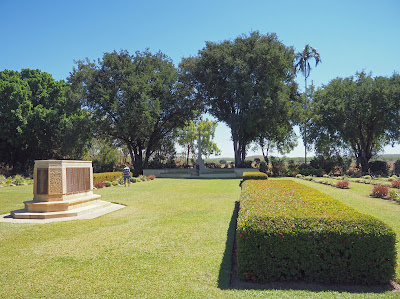 On our return to Darwin we had a walk around the older part of the city, and set out to see if there was a memorial or marker for the post-office. We were in the right area (based on period maps) but having no luck, when our friend asked if we could do a detour into the Northern Territory parliament building, as there was a craft-shop there he wanted to visit.

We went in, and did the usual security check, only to be told that the craft-shop had, in fact, closed. Rather than waster the time we'd spent being scanned, we decided to have a quick look around the building.

This is the great hall. 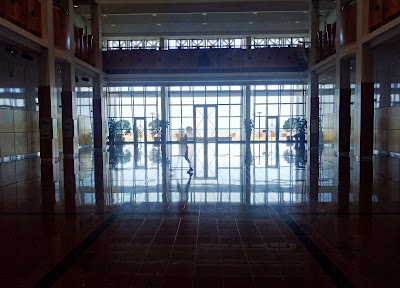 And in a side passage we found this - all that remains of the bombed Darwin post-office. So our detour had, by pure good fortune, taken exactly where we wanted to go. 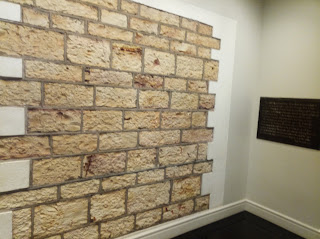 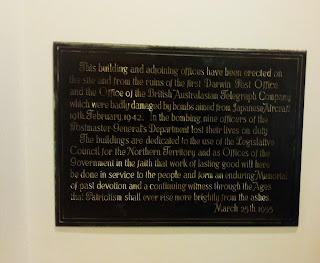 In the great hall is a small plaque marking the exact point on which the bomb fell. 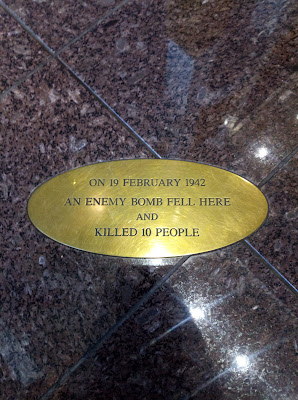 We wandered down to the main Darwin harbourside as well. This is Stoke's Hill Wharf, which was also badly hit in the first 1942 raid. Now, like many harboursides, the area has been gentrified and geared up for tourism, but the wharf still looks operational up to a point. 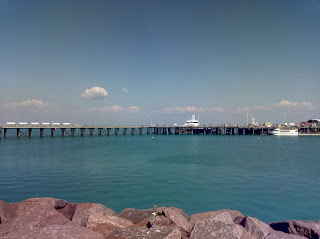