A nation divided and torn apart over issues of race and self-determination. A wealthy conservative elite leads their population out of the Union. Chaos. A dark time in the nation's history.

But enough of current British politics. Last night we played Black Powder, adding in rules from the new ACW Glory Hallelujah supplement,and had a go at a scenario based on the earliest stages of Antietam. Essentially this was the action across the Cornfield, except that for reasons of simplicity we left off the cornfield. And, as is traditional, of course, the Dunker Church ended up with a spire, rather than looking like a white-painted house.

Basically we had three brigades a side, and just set to. It was really about trying out the rules. Some of our group are giving them a full test over the weekend when they play another big Gettysburg game. This was a practice.

Here's the setup - Union on the left and Brexit on the extreme right. Sorry. Confederates. And just on the right. Getting distracted there. 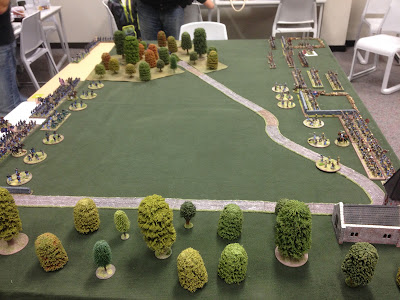 The Confederates were itching for a counter-attack from the word go. 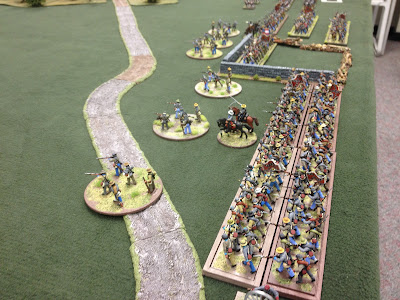 Union troops worked their way down a road through the woods. 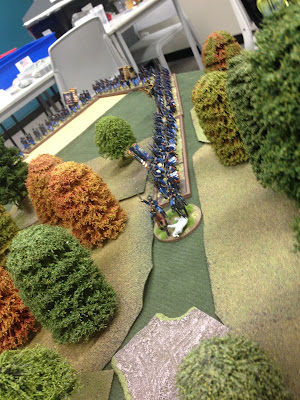 A Union brigade advanced towards the Dunker Church in a column of regiments, whilst the Confederates rushed to meet them in a supported line. It was all looking a bit Fire & Fury. 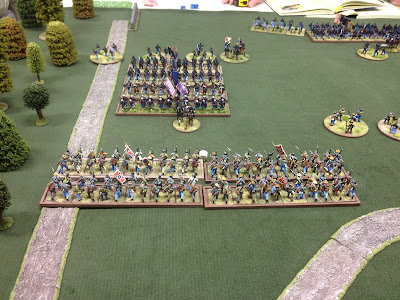 In the centre skirmishers from both sides dominated the action. 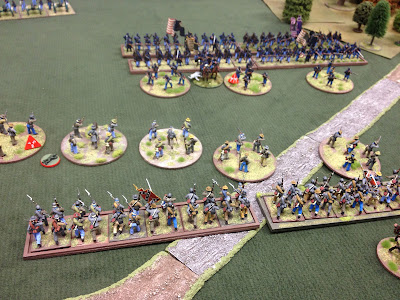 On their left the Union shook the troops in the woods into lines. 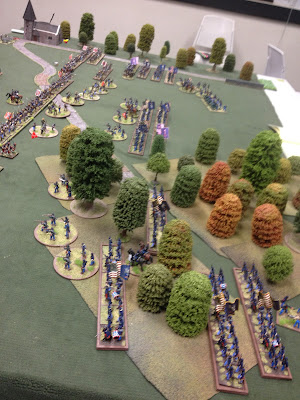 There was lots of firing on the Confederate left as Ralph, commanding the Union, tried to get units to bear. 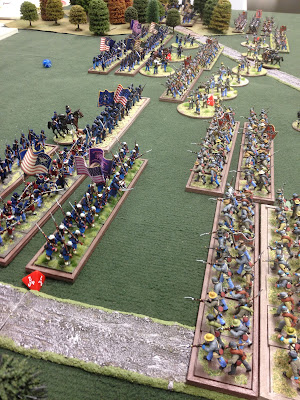 Confederate units in the centre routed, leaving a big gap. The Union artillery was mostly responsible, slicing and dicing any unit which got in range. 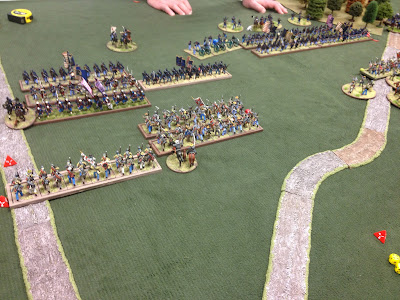 Fighting in the woods. 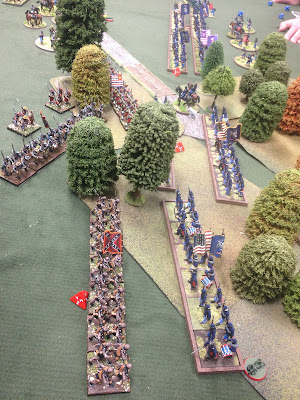 On the Confederate left a regiment finally  got in a charge, and swept their Union opponents away. However the supporting units all stood their ground, leaving things looking a bit shaky for the Rebels. 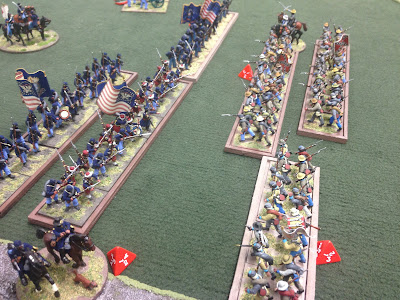 At that point we called the game. There's was still fighting to be had, but things weren't looking brilliant for the Confederates.

The changes to the rules were interesting, making it a lot harder for units to charge - possibly too hard in my opinion - and leading to a series of deadly firefights. Passage of lines is harder as well, meaning that you have to plan how your troops will get to the harp end of the battle more carefully. It was certainly a change playing a less fluid game of Black Powder, and it will be interesting to see how the bigger Gettysburg game goes this weekend. 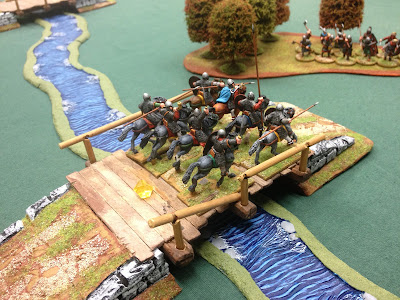 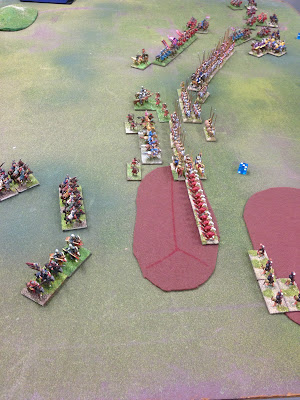 Peter brought sweet, sticky wine, cake and nibbles for us all. Geoff allowed him to win in a Sarmatian/Successor battle. Nice one, Geoff. 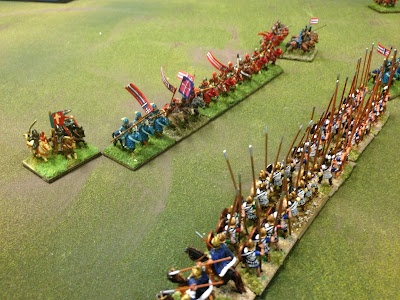