Caesar and I tried out a couple of scenarios from One Hour Wargames last night, using my GNW rules and figures.

The first scenario was the now-familiar Control The River, which involves seizing two fords on a river. I had the Russians (foreground) and Caesar the Swedes. Here's the position after the first moves. I set cavalry to the ford on my right, an infantry regiment to cover the centre and two infantry regiments and some artillery to contest the ford on my left. Caesar's Swedes were stronger in infantry, and he split it equally between the fords, his artillery went in the centre and cavalry covered his advance on his left. 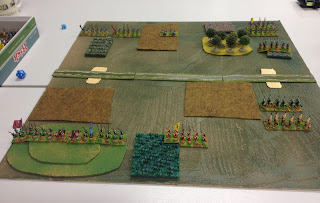 Initial combats saw a cavalry action at the ford. I had the numbers to win a straight cavalry fight, but his was supported by infantry. Not wanting to launch cavalry attacks against infantry defending a ford I opted to pull the cavalry back and wait for the Swedes to come to me. 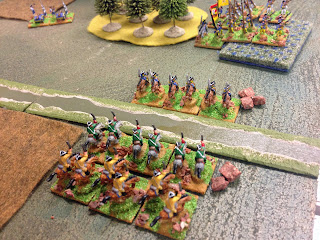 On my left the Swedes pushed across the ford. 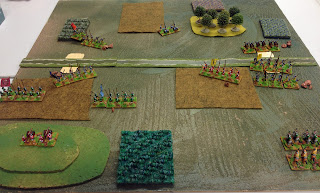 I'd held back creating a killing ground with the infantry and artillery, and the Swedes marched straight into it. 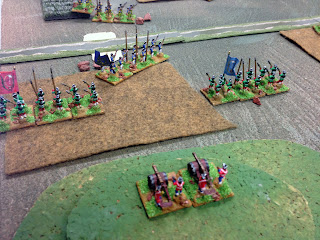 On my right the Swedes were also advancing. Now they didn't have the defensive benefits of the ford I sent the cavalry back in. I had also moved the reserve infantry scross to support the cavalry. 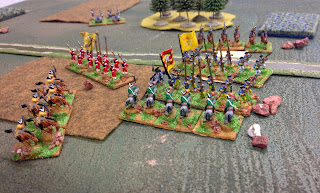 In true Swedish style Caesar pressed forward, despite the cavalry attacks. His artillery supported the advance from across the river. 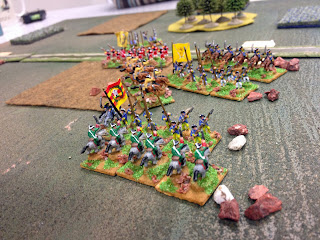 The Swedish push on the other ford ended in disaster, with both units destroyed. I moved one of the infantry regiments from that flank to support the action on my right, whilst the other prepared to take the ford. The artillery was nicely positioned to bombard its Swedish opposite numbers. 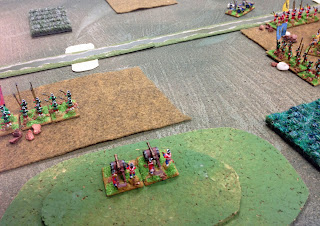 The battle on my right had been bloody. The Russians almost managed to push a cavalry regiment through the Swedish lines to the ford, but it was too weak and ran from a final volley of musketry. 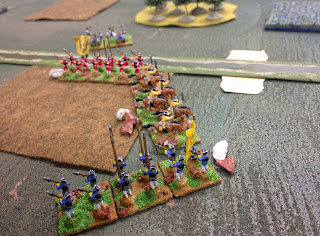 However the Swedes had infantry superiority on that flank, and the steam had gone out of the Swedish assault. The artillery on the other side of the river was lost to Russian infantry that had crossed via the other ford. The game ended with the Swedish force being totally lost after nine turns. 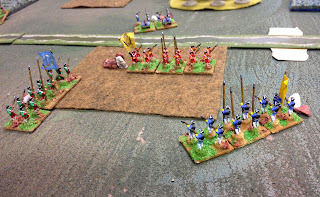 For the second scenario we randomly selected Twin Objectives. In this scenario an attacking force of six units has to capture two separate objectives from four defenders within a time limit - the wooded hill to the top-right and the town at the bottom of the picture.

Again Caesar was the Swedes, and again he was attacking. The Russians had infantry on the hill and in the town, artillery supporting the town and cavalry on a roving brief on the open flank - Cossacks in this game, just because I could. 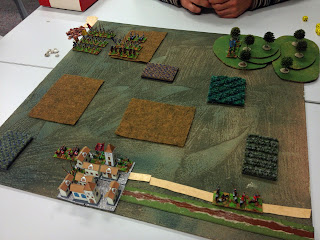 Caesar decided to concentrate on one objective and piled straight forward for the town. Sometimes he rivals me for headlong aggression. 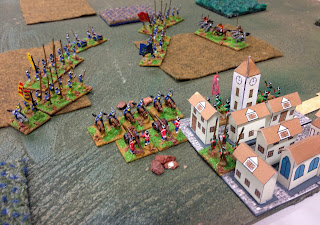 His cavalry attacked the guns. 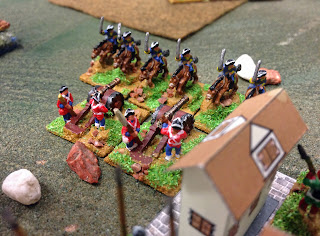 Realising that the town was possibly tougher than it looked, he swung one infantry around to soften up the hill defenders. 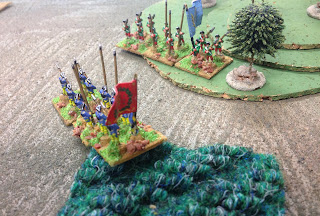 His cavalry eliminated the Russian artillery, and his infantry settled in for the attack. 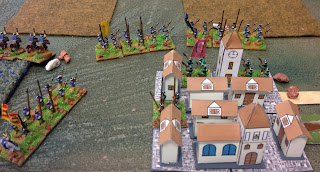 My Cossacks had been riding all over the battlefield, threatening flanks. Seeing the Swedish cavalry looking weak, they charged, eliminating it. 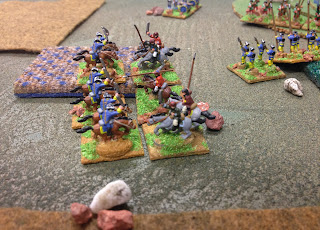 The town fell at last. In the distance the hill defenders were looking weak, under attack from infantry and artillery. 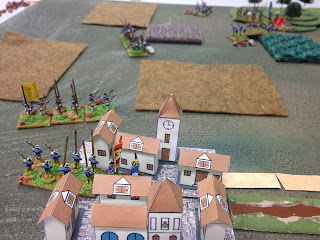 The Cossacks fought a delaying action, trying to prevent more infantry from reinforcing the attack on the hill. 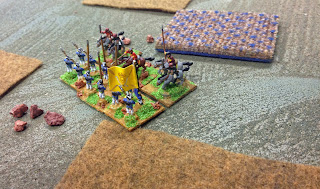 It was too late. The Swedish artillery drove off the Russian defenders, and the Swedes controlled both objectives. 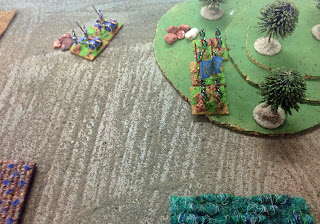 This second game had looked like an easy victory for the Swedes, but the objectives being widely split and offering good cover made their job tougher than it looked.

The rules held up very well, although I still have some small reservations about the balance of my special Swedish Ga Pa rule. I may just publish and be damned, and see how they stand up to continued play. I suspect that they need nothing more than minor tweaks.

Thanks to Caesar for indulging me in what I think is the fourth set of rules with which we've played Great Northern War battles.
Posted by Kaptain Kobold at 07:24