This weekend saw the annual Gong-Con at the University of Wollongong. Once again we put on a game for it.

We decided to do an ACW game - originally using 'Longstreet', but then switching to 'Black Powder' for technical reasons - and chose the 1864 Battle of Olustee. We kept the scenario fairly simple so we could play it with minimum fuss on the day despite limited 'rehearsal' opportunities.

Here's the terrain set up. We had plenty of people to play the game, including a friend of my son's, Marco, who was invited to take part for a bit and stayed for the whole game. 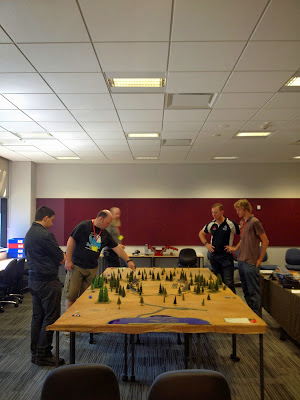 The battle started with two brigades facing each other across a clearing. Both sides could roll to bring on their other brigades at various points along their board edge, with the roll being easier as they took more casualties, representing reinforcements being rushed to the battle. 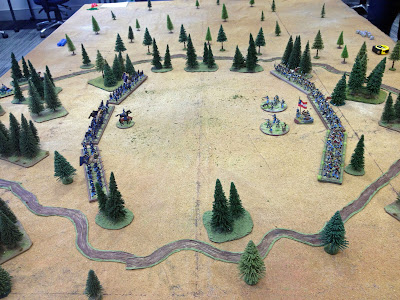 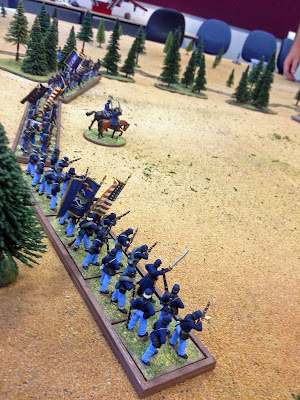 With a wide table, and plenty of random reinforcements, the game developed into a complex series of flanking manuevers, especially as the Union centre collapsed early on. 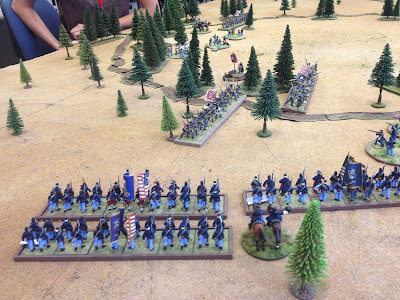 Marco was certainly pleased with the performance of his troops. 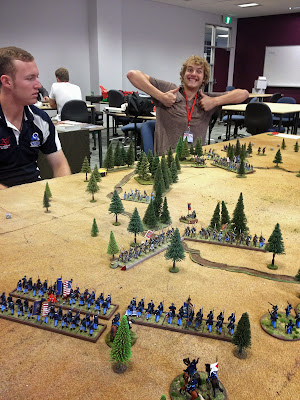 My brigade became rather spread out, although it did see off some Confederates. Its failing was an inability to get its artillery into action. 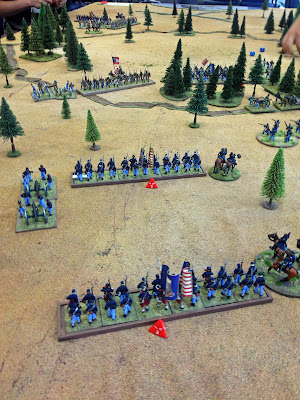 Ralph showed a lack of ability with his artillery as well. To lose one limbered battery to charging Confederates is unfortunate. To lose two smacks of carelessness. 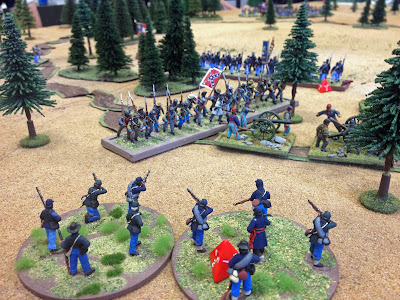 A Confederate general got lost behind the Union lines. 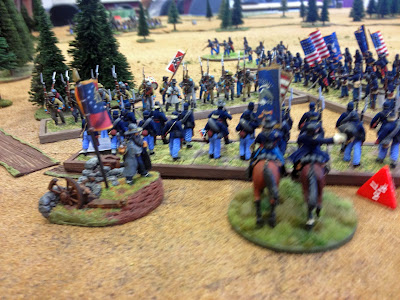 I got given some cavalry and, against expectations, dismounted it to form what turned out to be a robust firing line. 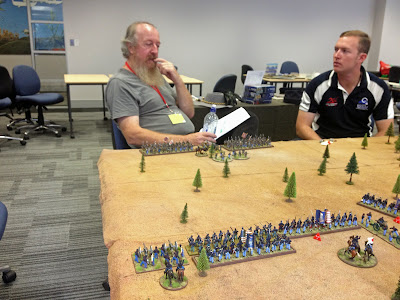 Ralph redeemed himself by capturing an unlimbered Confederate battery. 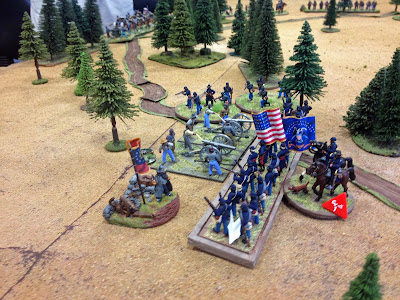 My line came under increasing pressure from Confederate reinforcements. 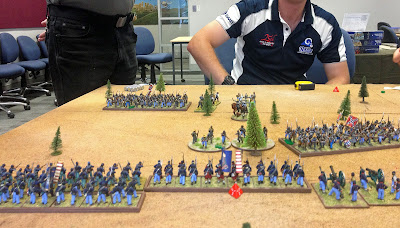 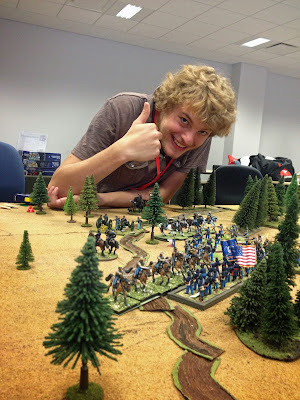 At that point we called the game, as the Union position was untenable. Marco claimed the whole victory for himself and decided to run for president. He'll go far.

Meanwhile John and Peter flew the HOTT flag for the group, with a 24AP, then 48AP game using John's Middle Earth armies. 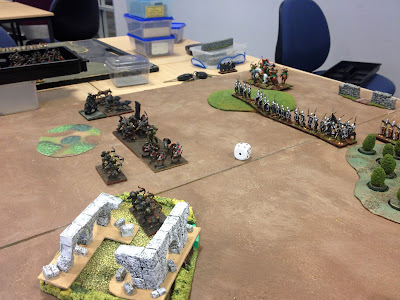 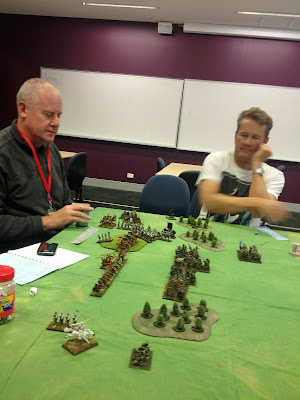 Afterwards I joined my daughter in the boardgames room for a couple of games of Fluxx and one of Uno. My fortunes were mixed.

I believe that some members of our group ran something on the Sunday as well. I was otherwise engaged (acting as a tour guide in Sydney), but if I can find a report I'll post a link to it.