The Battle Of Salta - Again

Earlier this year I refought the Battle of Salta on its 200th anniversary. For the refight I used a variation of my ACW Portable Wargame variant, 'Mighty Mean-Fowt Fights'. The other day, whilst idly browsing old blog posts, I came across it and realised that I'd never fought this battle with my HOTT variant, 'Liberated Hordes'. Since the bits and pieces were still all out from when I refought Maipo last week, I thought I'd give it a try.

In the battle roughly 2,500 Royalist troops under General Pio de Tristan formed up in front of the town of Salta, and were attacked by about 2,700 Patriots under General Belgrano. Using 'Liberated Hordes' the forces worked out as follows:

The rules for Skirmishers are described in this post. In addition I tried out two new rules:

(i) Infantry which received rear support pursue after close combat if it's their bound and their opponent is Artillery or Infantry. (Attack columns are impetuous, basically)

On paper the Patriots have everything going for them - a one element advantage in numbers, an advantage in cavalry and far fewer militia elements.

This is how the armies deployed. The hills counted as bad going. 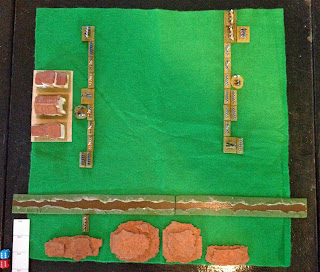 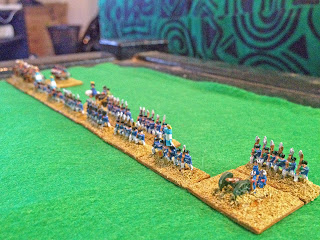 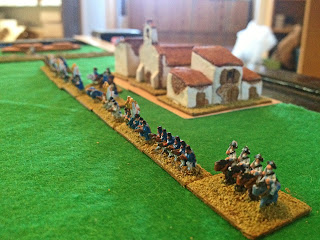 A view from the town of Salta itself. 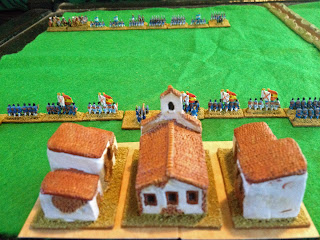 The Patriot cavalry immediatey attacked their Royalist counterparts, and routed them. With their left flank turned a rapid Patriot victory was on the cards. 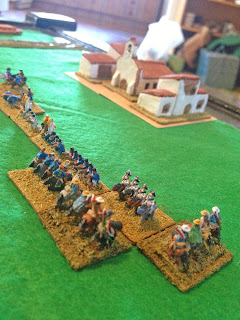 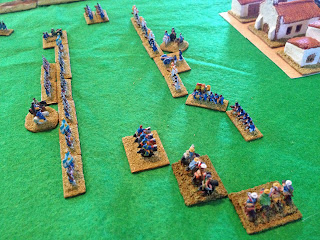 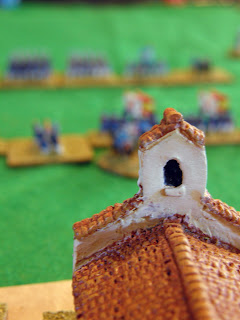 The Patriot left was covered by an element of infantry, which faced off the Royalist skirmishers, and the Patriot artillery. But a deadly volley of musketry wiped out the gunners, and the artillery was lost. 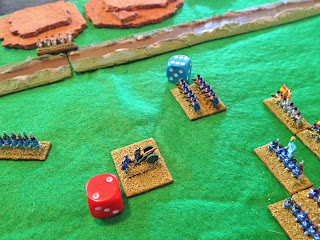 In fact deadly Royalist volleys were the order of the day. A Patriot infantry element fell. 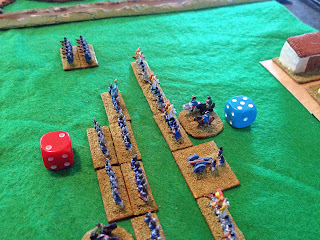 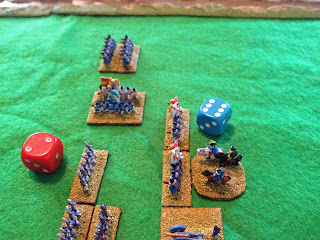 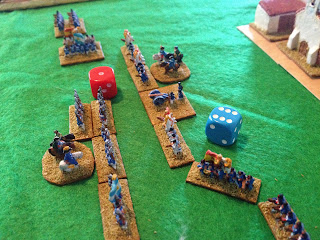 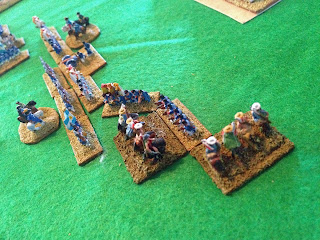 ... but were shot down by another deadly Royalist volley. 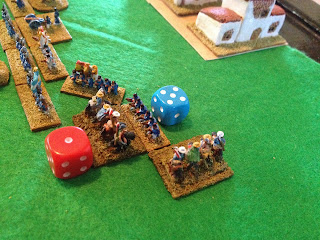 It wasn't all bad for the Patriots. Under Genera Belgrano's direct command, the Patriots fixed bayonets and charged the Royalist line, breaking it. 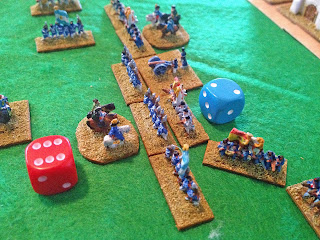 General Belgrano had every reason to feel confident at this stage. 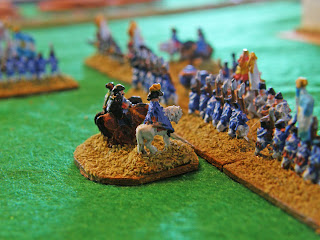 But the Royalists were turning the Patriot left flank now. Their infantry formed a column and overwhelmed some of their Patriot counterparts. 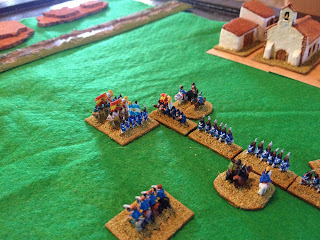 At this point the Patriot army looked to General Belgrano for some some inspirational leadership. They looked in vain - a 1 for PIPs meant that he could only sit and watch the Royalists out-manoeuvre his army. 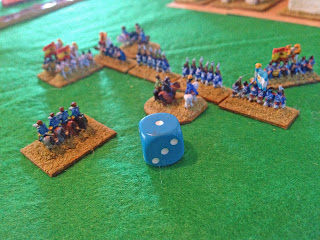 Yet another deadly volley of musketry saw an element of Patriot infantry rout, and that was it; the army was defeated. 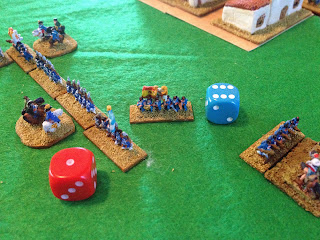 The end of the battle; although the Patriots had broken through in the centre, they were stalled against the Royalist left, and their own left was dangerously compromised. 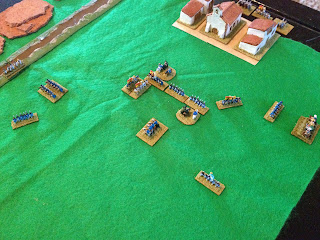 The initial Patroit advance had been aggressive, and in an ideal world should have swept the Royalists away. But both armies rolled badly for PIPs just as the lines closed. This meant that the battle stalled into an exchange of musketry and the Royalists rolled ridiculously well, destroying element after Patriot element. Their attack blunted there was little the Patriots could do, and a final bad PIP roll sealed their fate.

Here are the Patriot losses.

And the Royalist ones.

It was only when looking at the losses that I realised I'd made a mistake. I'd forgotten to deploy one of the Royalist cavalry units, so they'd actually fought, and won, the battle with only eleven of their twelve elements. Oops. 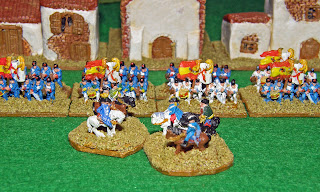 A contemporary painting, and not a result of me playing around with Photoshop filters in any way, shape or form. Well - maybe a little ... 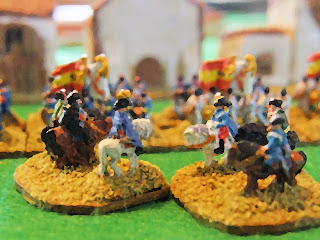 This game gave a totally unexpected result, with the Royalists definitely the underdog on paper. But any underdog can have its day if the dice are with them, and General Pio de Tristan's certainly were, causing a staggering reversal of history.

In terms of testing new rules I didn't get that much opportunity. The Patriot gaucho cavalry either won with high rolls such that they would have pursued anyway, or routed rather than recoiled. And there was only one close combat featuring rear-support. The column did win, so pursued, but it didn't really have any effect on the game one way or the other. Still, I shall test them in further games.