I redid the bases on some dwarves this week, to bring them in line with my original Dwarf army. So I decided that for this week's HOTT 52 game I'd let them have a run on the table. As is traditional with Dwarves, they are mostly blades, so I thought that it would be fun to pit them against an almost identical army - a blade vs blade fight basically. My Elephantmen are also mostly blades, so I selected them as the opponent.

Both armies had eight lades (including the general) and two riders. The Dwarves rounded their army out with a hero, whilst the Elephantmen could call on a god. 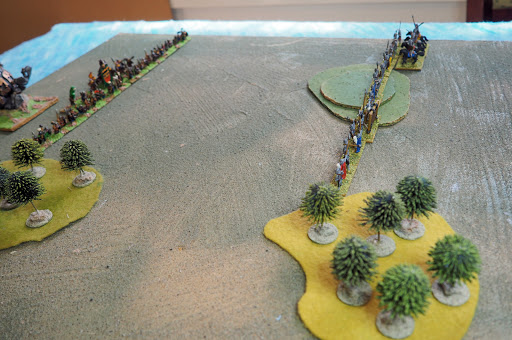 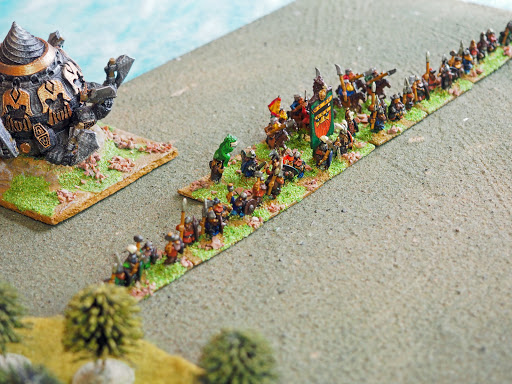 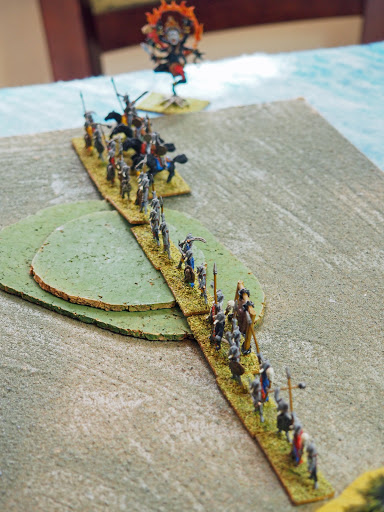 The Elephantmen got a chance to summon their god on the first turn, and went for it. They hoped that Kali would break up the Dwarven line a little before the armies contacted. 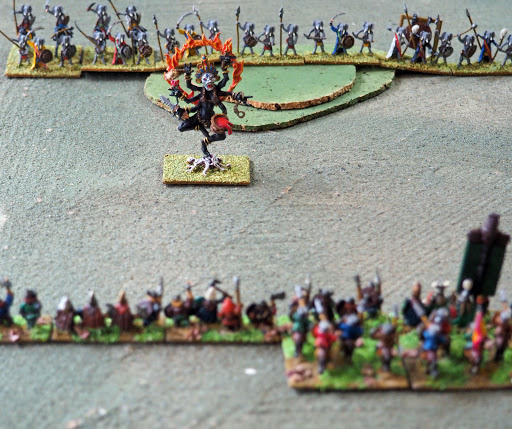 The Dwarves spread out their reserve troops to avoid them being recoiled into each other. Kali descended on the reserve cavalry, which retreated. 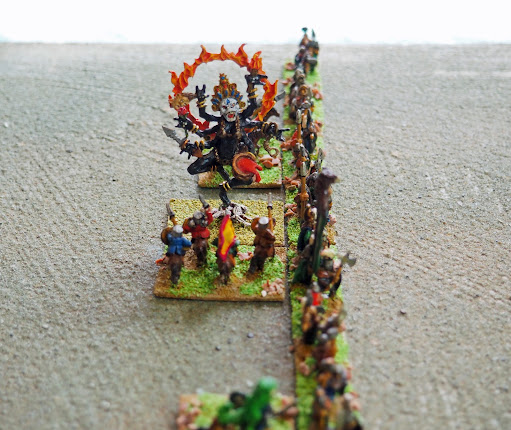 She then attacked the rear of the Dwarven right flank, but again her target fell back in god order. 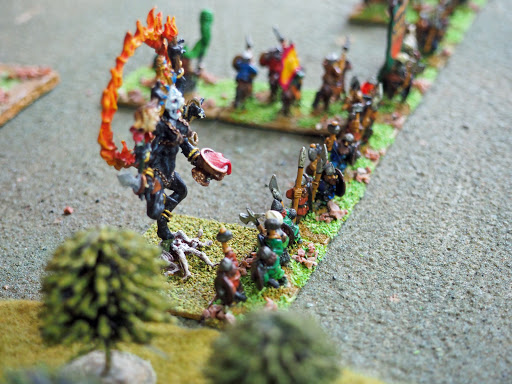 The Elephantmen tried to come up and take advantage of the disruption she was causing. 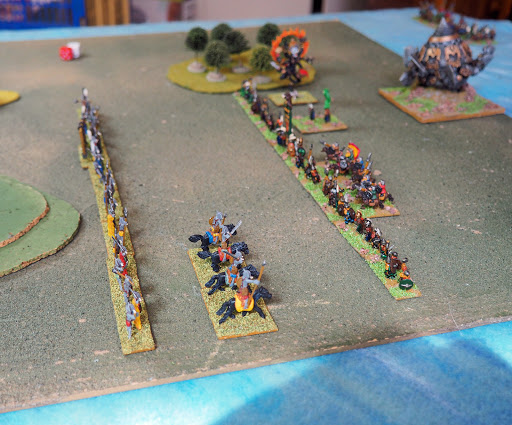 The Dwarves engaged her with their hero 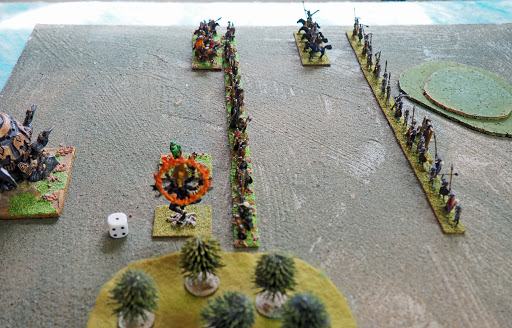 This seemed too much for the fickle Kali, who decided to seek her amusement elsewhere. She left just as her army reached the Dwarven line. 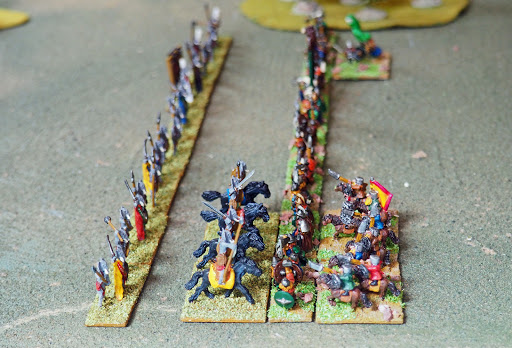 The Elephantmen's cavalry charge was driven back, with the loss of an element, and the two lines of blades charged each other. 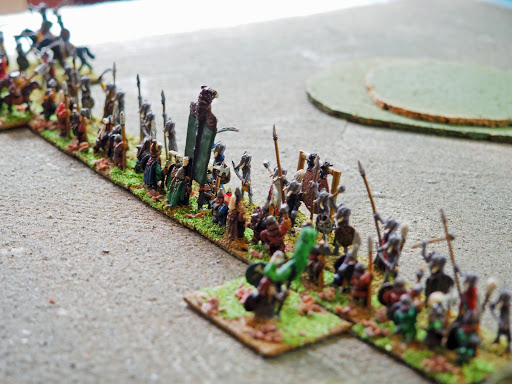 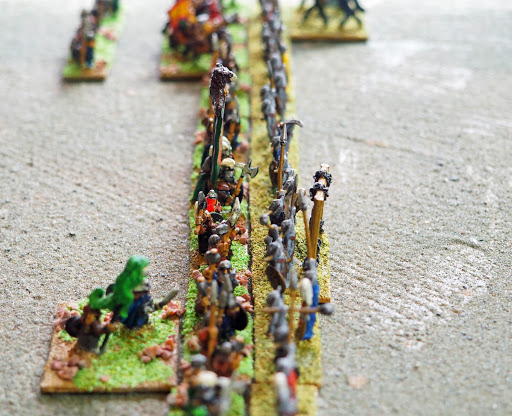 The Elephantmen lost an element in the centre ... 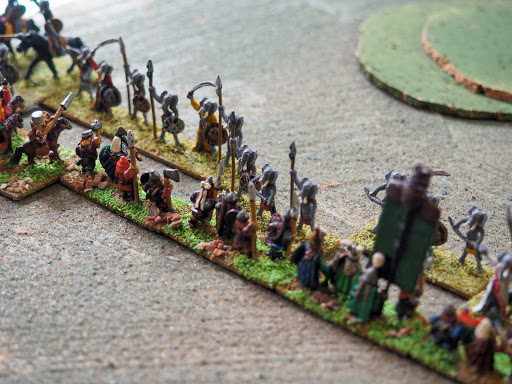 ... whilst the Dwarves lost the one on their extreme right flank. 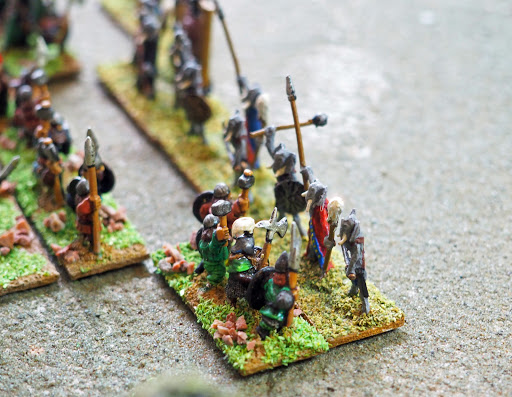 The Elephantmen angled their line to prevent the Dwarves extending their flank. 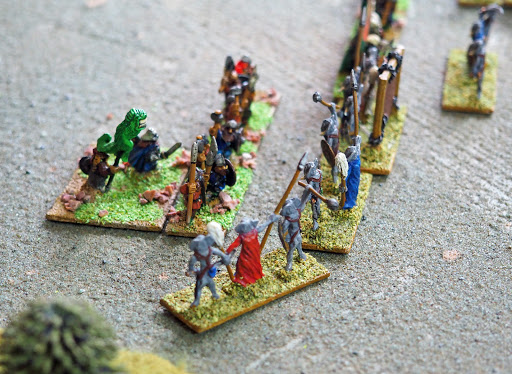 Both sides took a couple of turns to reorganise their fragmented lines. 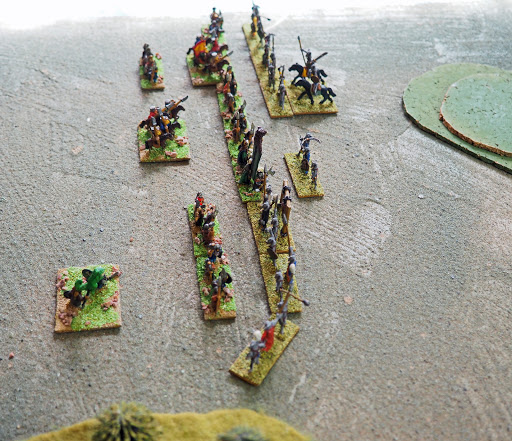 The fighting resumed. The Elephantmen had turned the Dwarf line, but couldn't destroy the dogged element on the end. The Dwarves were able to bring their hero up to support it. 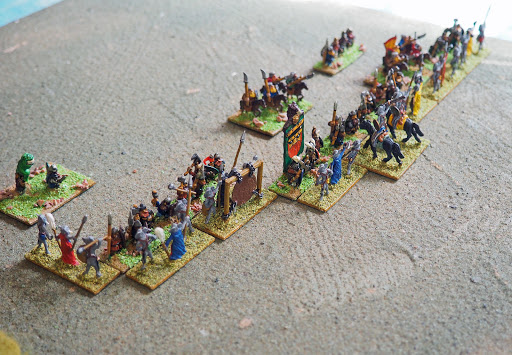 In the centre the Dwarves reorganised their cavalry into a mobile reserve. 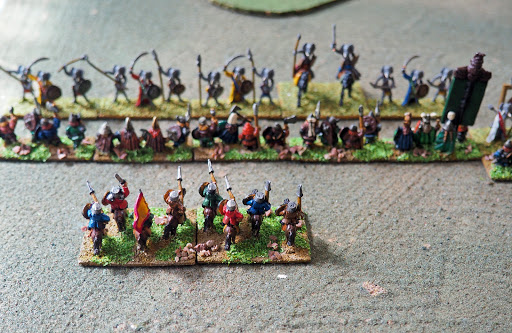 The Elephantmen on the Dwarven right fell back int the woods in order to avoid the mighty Dwarf hero. 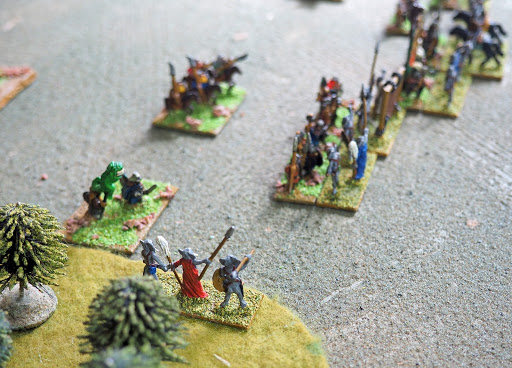 The hero followed them into the woods, but was driven back 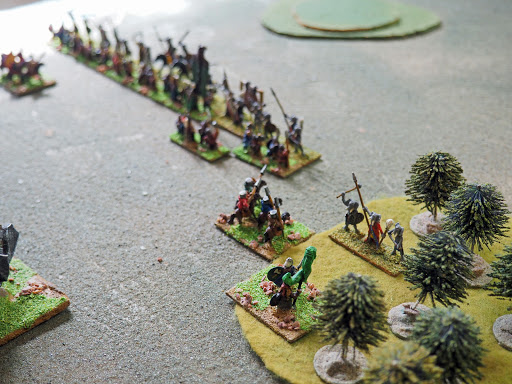 Fighting continued along the lines - the Elephantmen lost their second element of cavalry. 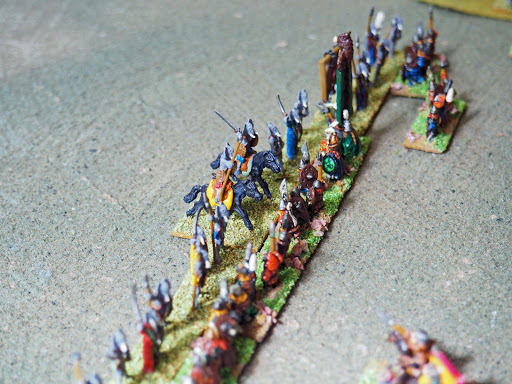 That put them one element away from breaking. The loss of the cavalry left a hole in the centre, which the Dwarves were quick to exploit, and they used it to destroy an element of blades, to win the battle. 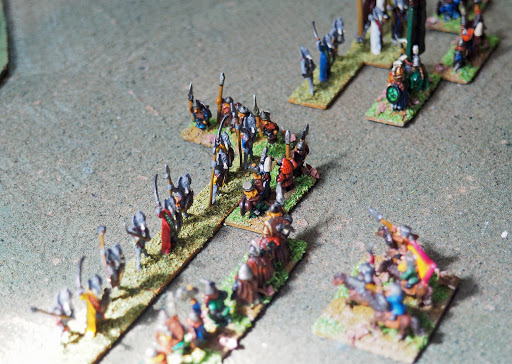 I mad a big mistake with the Elephantmen at the start, when I brought the god on on the first turn. She was always going to struggle on her own  gods are best used to support the rest of the army rather than as solo element-killers. Ideally the Elephantmen should have risked it and waited for a '6' when the armies were closer; they did actually have a couple. With the god gone they were immediately on the back-foot. They came close to controlling the battle when the outflanked the Dwarven right, but their failure to kill the element there gave the Dwarves a chance to recover. The cavalry proved useful in a blade fight, since they force the blades to fight at the lower 'vs mounted' factor, increasing the chance of a kill. Unfortunately the kills tended to be the cavalry rather than the foot; low factors work in both directions.
Posted by Kaptain Kobold at 14:52