It's been a while since we did a wars of the Roses game, or played DBA as a club, so we did both last night.

We played a game based very loosely on the Battle of Tewksbury - we had two players on each side, each with two twelve-element commands (so 48 elements on each side). Caesar and I took the Lancastrians (I think) whilst Geoff and Peter were the Yorkists. One Yorkist command had four of its elements off-table on a flank march (you can see them bottom-right in the picture below). Their arrival was diced for each turn. This left the Yorkist line shorter than the Lancastrian one.

As you can see we had more masks and/or distancing this week. 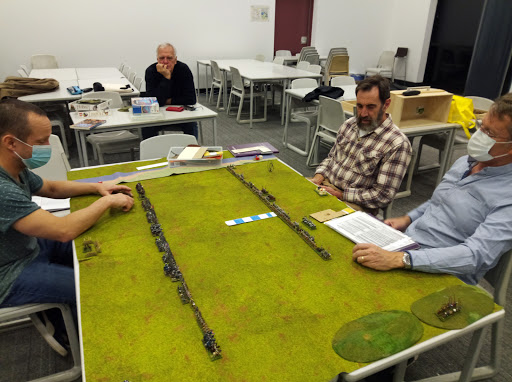 The Lancastrians arrayed for battle. 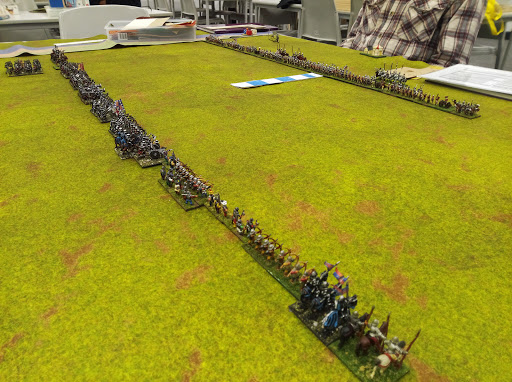 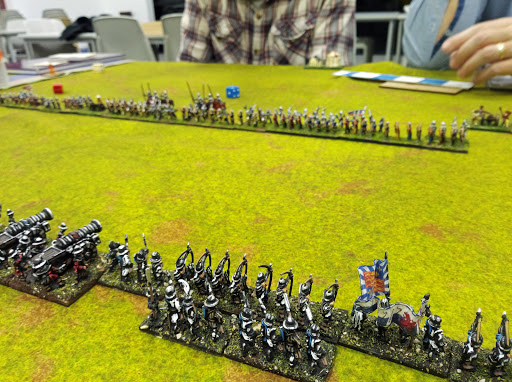 As we got closer both sides' artillery opened up. In the centre Casar and I had a Grand Battery, which we used to batter the Yorkists. During the course of the game they destroyed three enemy elements - mostly archers. 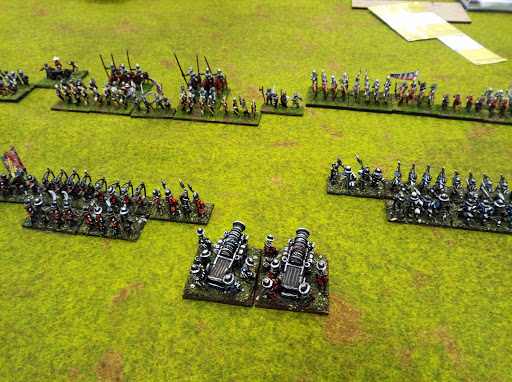 The flank march kept rolling badly for its appearance, so I took the risk of it appearing in my rear and slowly overlapped the Yorkist line. 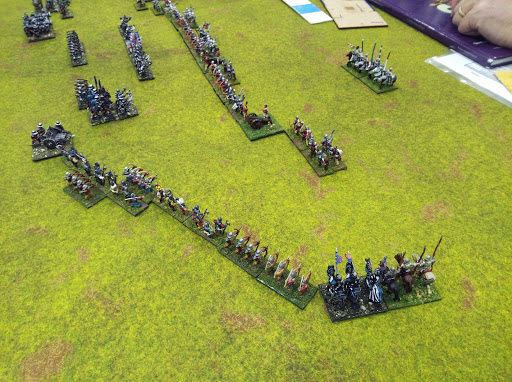 The first melees were in the centre. We had both formed up with alternating blocks of archers and men-at-arms in order to take advantage of the support factors, but my archers were forced to recoil in the advance by Peter's. However the archers were backed up by more men-at-arms, who stepped forward to create an advancing line of steel. The inevitable scrum commenced. 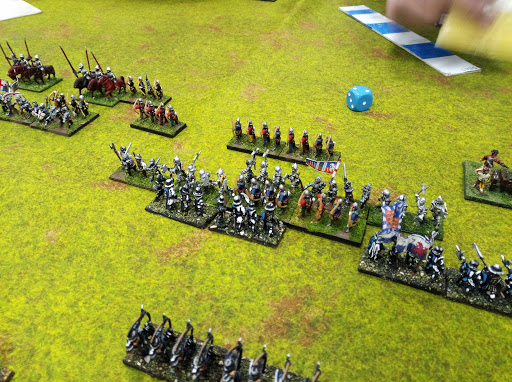 Both lines fragmented as they hacked away at each other. But the artillery had done its work; the Yorkists were already well down on casualties. 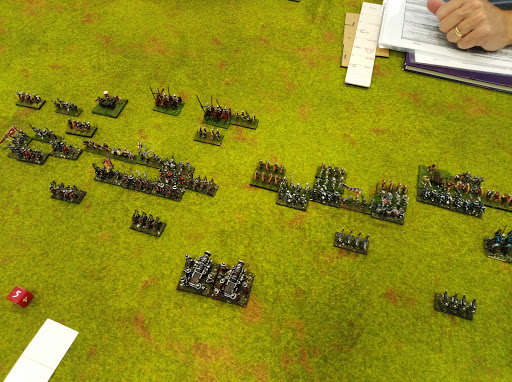 The flank march appeared, but would it be in time? Both of Peter's commands were close to breaking, although one of mine and one of Caesar's was as well. 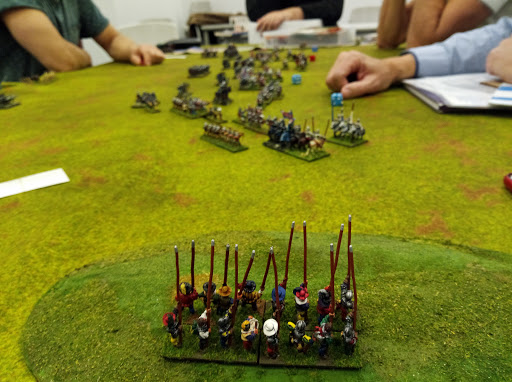 A final push by the Lancastrians on the right broke both Yorkist commands facing them. And that was the end of the battle. 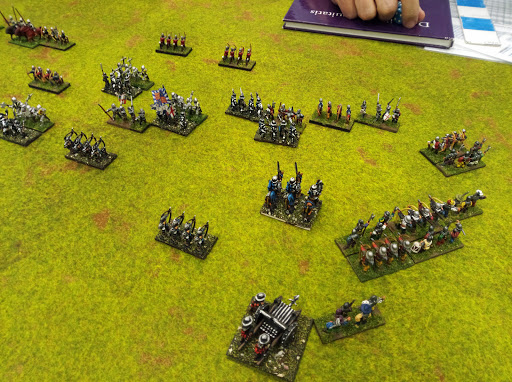 It was a fun game, as we find Wars of the Roses battles usually are; the interactions between the archers, men-at-arms and interesting support troops are always challenging. It's been a while since we played DBA (I played one game a couple of months ago, whist no-one else had played for ... ages), so we had to look up a few things, plus remember how the Big Battle rules worked as well. But we got there in the end. 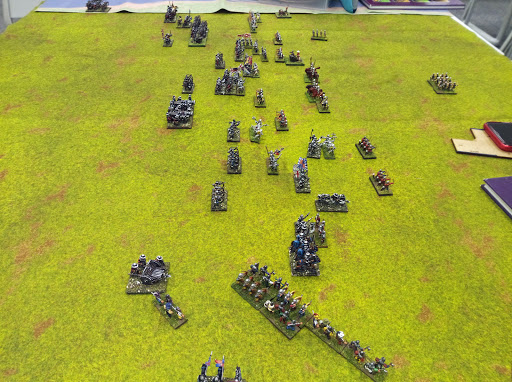 Thanks to Peter for organising the scenario, and to both him and Caesar for providing the figures.