I reran the German attack on a British trench last night. This time it didn't go anywhere near as well for the Germans.

There only approaches through the wire were on their left, and they had little cover on their baseline. As before the LMGs set up in shellholes and behind an undulation in order to lay down covering fire. 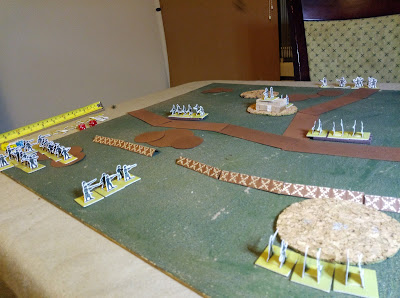 The main attack was through the wire on the left. 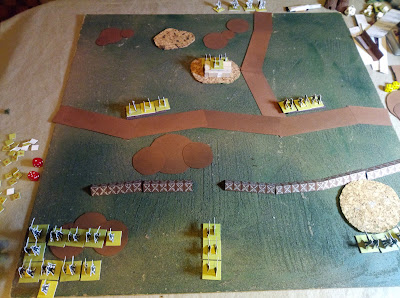 The Germans quickly approached the trench. 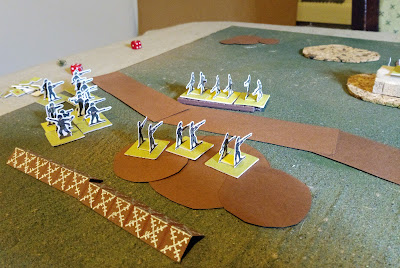 However the British sallied out of their bunker, destroying the Germans advancing through the shell-holes in front of them. The other German rifle squad got into the trenches, howeve, and drove them back. 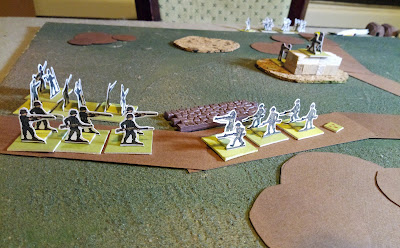 At this point the British reinforcements arrived. The British rifle-grenadiers moved into the communication trench in order to support them. To the right of the picture can be seen an HMG, marking the point from which the off-table fire will originate. 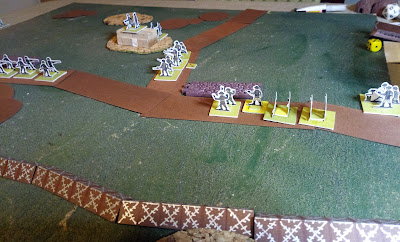 On the far left the German grenadiers prepared to sweep round to assault the pillbox. They did this but were driven back. For a few turns both sides eyed each other warily and fired tying to suppress the other, whilst consolidating their own forces. The momentum was going out of the German attack. 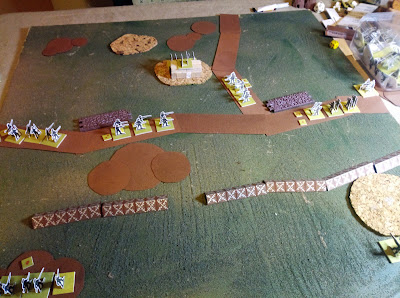 The HMG pinned one of the German LMGs, and fire from the bumker forced the German rifle group to shelter in a bunker. 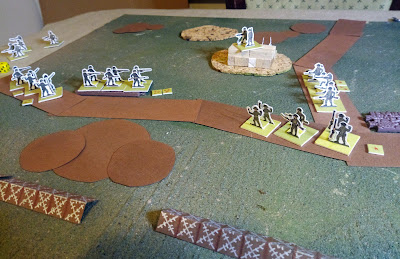 Fire from the Lewis in the bunker destroyed the German grenadier group too. At that point I called the game. The Germans were never going to take the British positions. 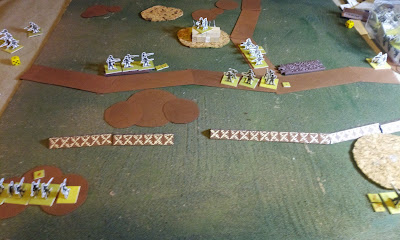 So this time the Germans failed badly. The lack of cover made a difference, but some of it was simply the wild swings of forune this game can offer.
Posted by Kaptain Kobold at 19:51