I got out my copy of Grant's 'Programmed Wargames Scenarios' this afternoon, and ran Scenario 2 - Broken Ground. This requires an attacker to seize a number of scattered terrain features controlling a road junction in the face of a solid defence.

Both sides ended up with four foot, three horse and some dragoons. The attackers got two artillery, the defenders one. I made one foot on each side elite.

I played the attackers (Parliament) and let the defending Royalists run according to a program. The Royalists went for a fairly even defence, opting to hold each piece of high ground and not advance from their position.

Parliament's troops entered the field along a road (which I didn't depict) I gave Parliament a 'day' of 15 turns to take the high ground. 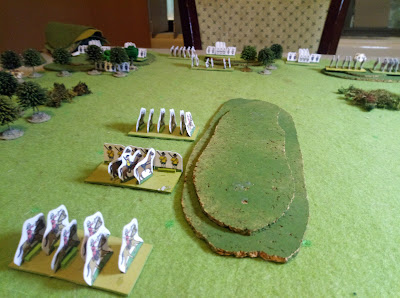 The Royalist defenders. Each of the three hills that made up their position was occupied by foot, with horse filling in the gaps and acting as a mobile reserve. I determined that ther stance would be to defend the ground and not push forward with counter-attacks. 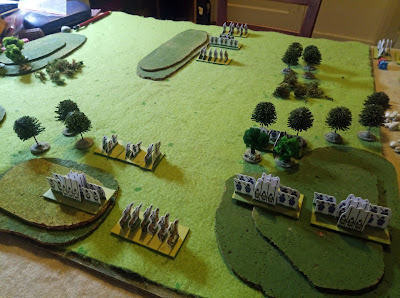 Parliament brought more troops onto the field as the Royalists sat tight and peppered them with artillery fire. 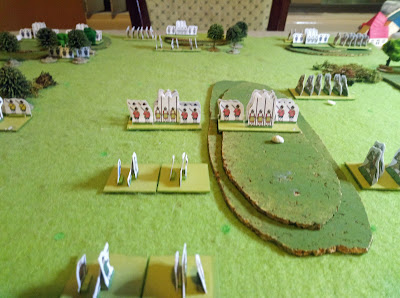 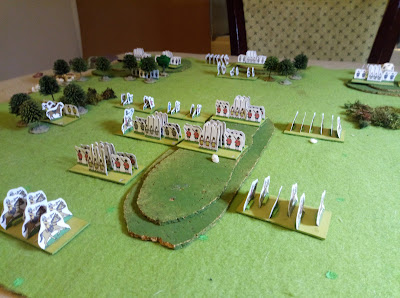 Parliament started massing their troops on the right, with the aim of taking the high ground there, then sweeping across the board. The hope was the the Royalist force would break rather than defend each piece of ground to the last. In the centre the opposing artillery traded shots. 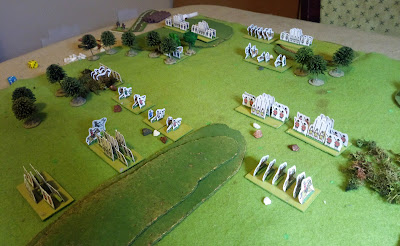 On Parliament's left the opposing dragoons duelled in a fight that would remain inconclusive for the whole game. 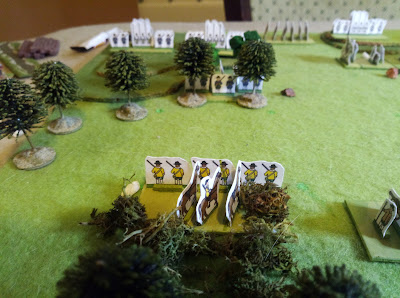 Parliament pushed in their attack, going straight in with the pikes in order to drive the Royalists off the hill. 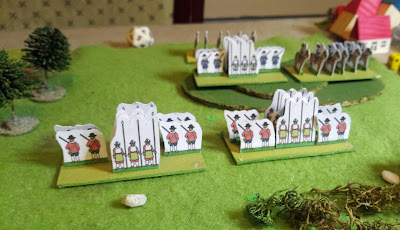 The fight hotted up as the horse of both sides joined in. 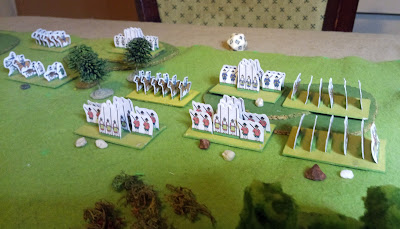 The Royalist foot broke, and a Parliamentarian regiment took the hill. But they couldn't drive off the tenacious Royalist cavalry on that flank. 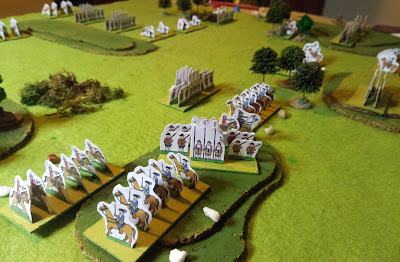 In fact the Royalist horse mounted a credible counter-attack, putting the foot under some pressure. 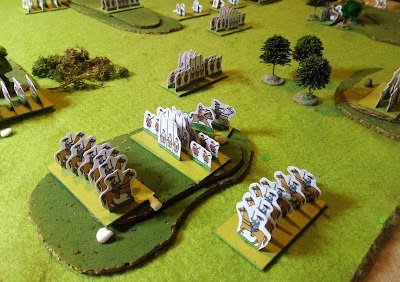 With the Royalist guns driven off, more Roundhead foot moved up in the centre, hoping to pin the Royalist centre. 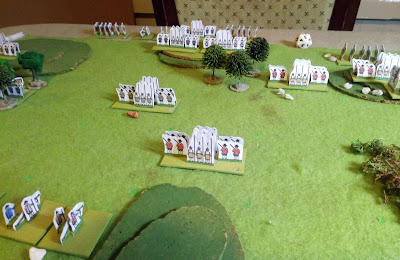 With time running short and the Royalists still holding on the regiments pushed up to the hill in a desperate attack. 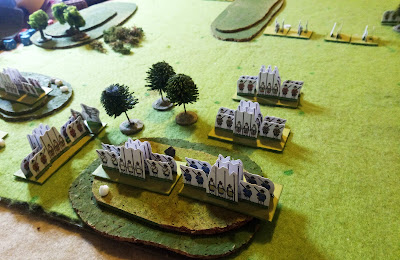 The Royalists used foot on their left to shoot at Parliament's advance. 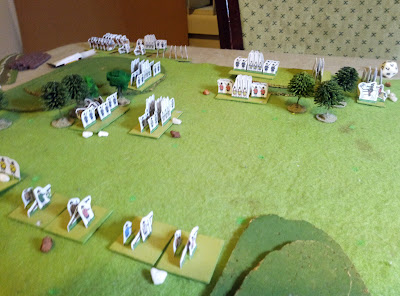 The game went to the very last turn. The Royalists went second in the activation and, having taken half casualties the turn before had to roll to continue the battle. They failed on their very last activation, giving the Parliamentarian attackers the very narrowest of victories. Pariament didn't lose a single unit, although a few were on their last hit.

It took almost the first third of the game to get all of the Parliamentarian troops on the board, and only afterwards did I remember that they were entering by road and should have had a movement bonus. I must remember to play roads, even if I dont depict them. Or actually depict them.
Posted by Kaptain Kobold at 21:42