The Pyrate King Of Traitor's Atoll

Last night I introduced the Gong Garage Gamers to Galleys and Galleons. We played the Pyrate King scenario, where four factions compete over a ten-turn period to have a vessel closest to the centre-point of the table each turn.

Here is Traitor's Atoll. Green is land, yellow is sandbanks (like land, but they don't block line of fire) and blue is shallows. 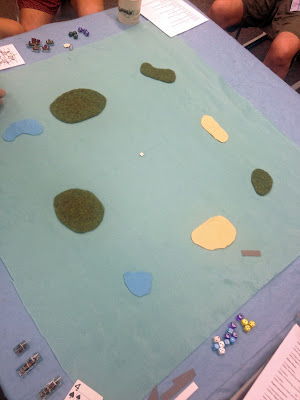 The four factions were: Chinese Pirates (Caesar), Malay Pirates (Daniel), the Dutch East India Company (Gary) and English Adventurers (Me) Each force was just under 200pts and was cobbled together from my Napoleonics collection. 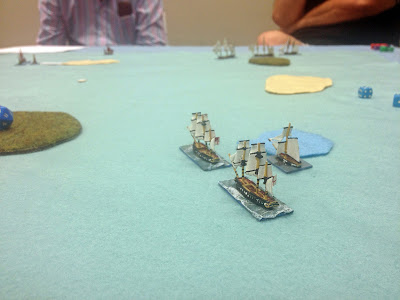 The other factions. In the foreground are the Malay Pirates, with a force of galleys of various sizes. Beyond them, the Chinese Pirates with three small junks swarming with fbloodthirsty cut-throats, and a supporting war-junk. 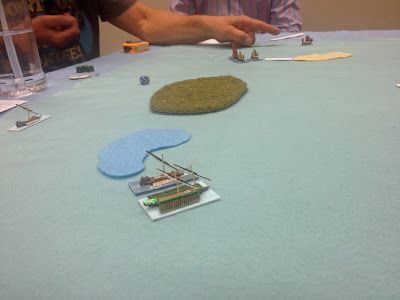 Everybody closed on the centre of the table. 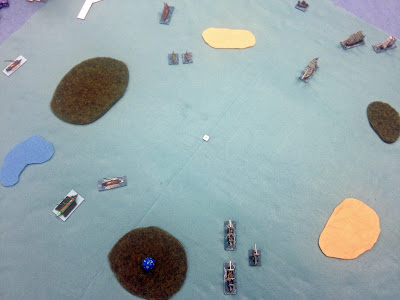 Nearly everyone. One junk made a run at the Dutch force. It couldn't run aboard either of the galleons, but was able to make for the brig, surviving a hail of gunfire to do it. 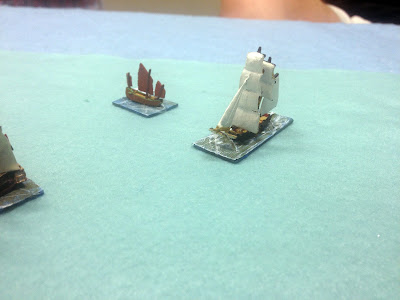 The brig held off the attack, and defeated the junk. 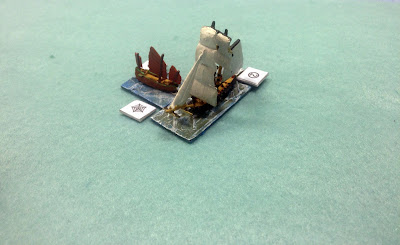 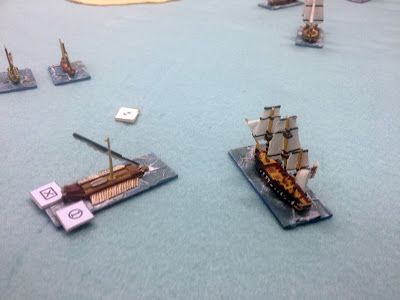 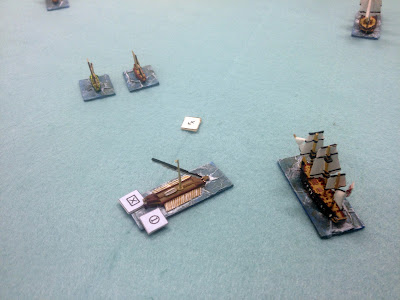 One boarded, and it struck. 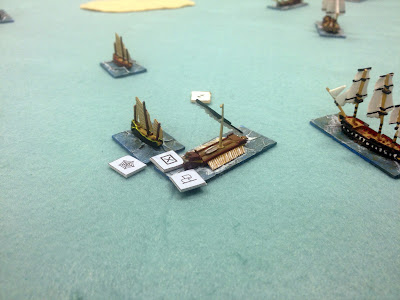 I took fewer photos after that point. The game became a wonderfully confused brawl in the middle, as one junk parked itself on the centre-point, turned into the wind and defied every other vessel to come and get it. 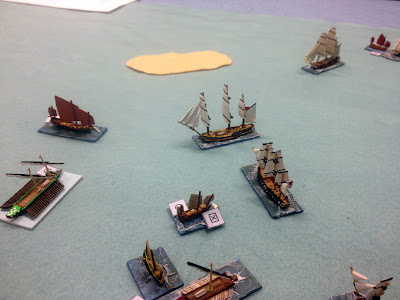 The English had a go with gunfire, but their lead galleon was raked and set on fire by the Dutch. 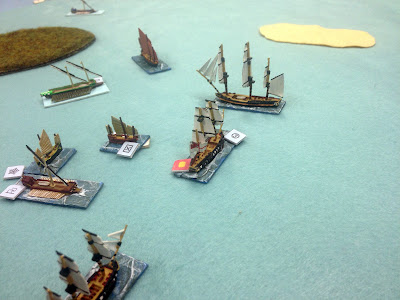 The surrendered Malay galley caught fire and blew up. 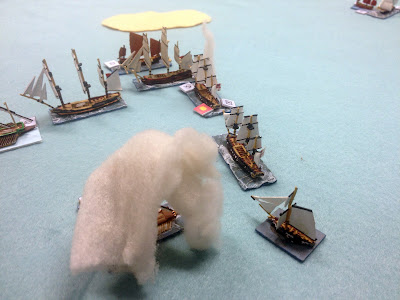 Other Malay galleys took on the Chinese in the middle. The junk in the centre was attacked by the mighty Malay flagship, but wouldn't yield. All of this time Caesar was picking up victory points. 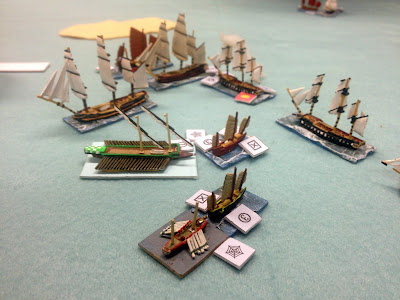 The English pinnace nipped in from the other side, boarded the junk and forced its surrender. This now left the English closest to the centre. 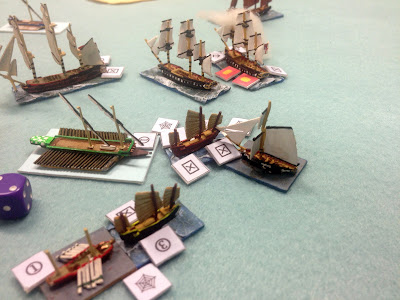 On the left of the picture you can see the Dutch slipping away. Having scored no points earlier in the game, and unable to manoeuvre any closer to the centre, Gary honourably decided that rather than launch spoiler attacks on everyone else he would quit the field. His brig hadn't made it; it was sunk in an accidental collision with the Chinese war-junk. 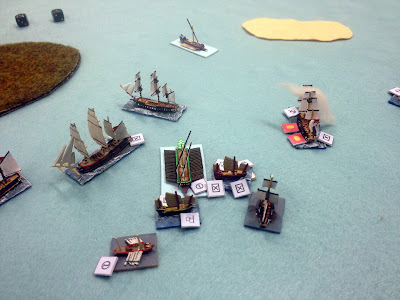 The English pinnace sat out the remainder of the game in control of the centre, as Daniel's galleys couldn't work their way past the struck junks in the centre in time to oust me before the end of the game.

So I won as the English, just beating the Chinese mid-game score. Daniel picked up a point early on, and Gary's Dutch didn't trouble the scorer at all.

This was an ambitious first game, with hindsight, with an awful lot of ships in play, and a range of special abilities as well. However everyone seemed to enjoy themselves, and we had few difficulties with the rules. I didn't bother using the reload rules, which were just extra fiddliness in a game of this size, and I didn't feel that the game suffered for it. I did use the alternative wind change rules I nicked off the 'net, but in fact the wind only changed once - well against the odds. I also experimented with an alternative critical hit table, which smooths some of the odds out a bit, whilst keeping everything down to single D6 rolls. I need to finish writing that up - I did a lot of it in my head on the way home from work about an hour before the game.