So Frederick The Great was all like "I can beat these Austrians", and they were all like "Yeah? You and whose army, brah?" and Freddy was like "My army, yeah? The one that beat you all those times before, yeah? Duh!" and the Austrians were like "Well this time we're going to win, because we've had all counselling and shit and we know what we're doing."

But Frederick attacked anyway. And he lost. And that was the Battle of Kolin, which was probably in 1757, since that seemed to be a good year for battles. I'll check the date before the end of the post, though. Because I'm a wargamer and therefore dedicated to historical accuracy.

Anyway, Gary put together a stonking great Kolin scenario for us, using Maurice and the equivalent of three full armies per side, offering entertainment for six players and one overworked umpire. Plus two Maurice decks.

We managed to play it to  conclusion within the evening. And what a great game it was.

So here's my stuff - cavalry (of course), some Austrian regulars and some Croats, who I had defending the two villages that were in my section of the field. 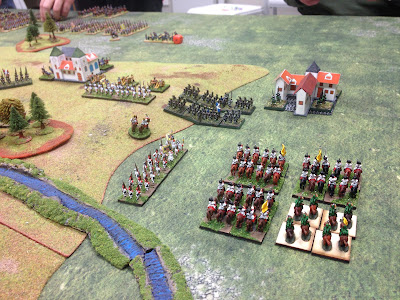 Here's a view of the whole field, with the Austrians to the left and the Prussians to the right. We didn't do too badly with accurate(ish) representation of sides, but at least one unit of GNW Swedish cavalry fought for the Austrians, and some figures were on uncompleted bases. 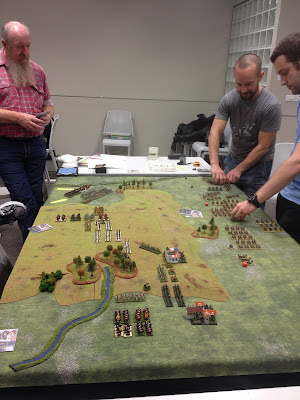 A view of the Prussian commanders from the Austrian lines. The Austrians were ensconced on a great big hill and in this scenario were tucked away behind a crest-line in a very wellingtonian manner. 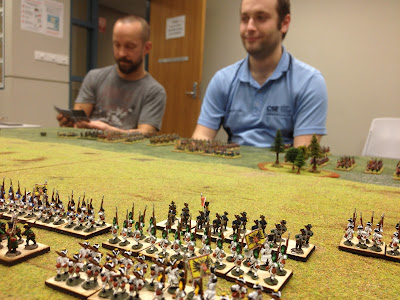 The Prussians advanced their columns in fine style. 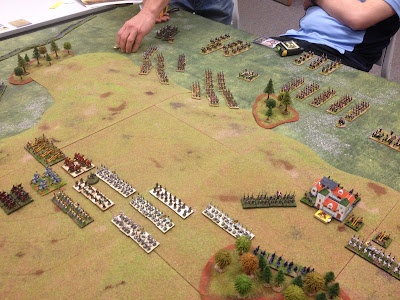 As they neared the main Austrian gun line they were dismayed to discover that the ground in front of them was riddled with rabbit-warrens, and would be very disruptive to attack across. It would have the effect, to some extent, or splitting the Prussian attack in two. 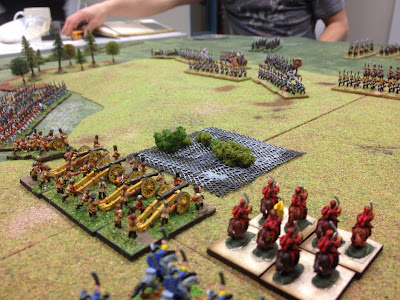 The lines formed. In some cases the Prussians were over the crest, and visible to the Austrians, whilst in others the two forces were out of sight of each other. 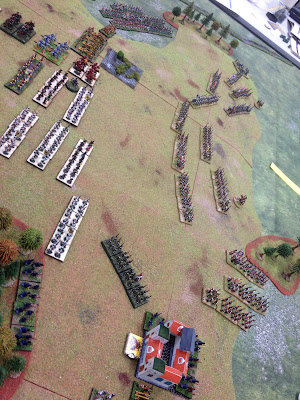 But not in this picture - the Prussians pushed forward, and musketry was exchanged. The Prussians had an advantage in this respect, but some good Austrian shooting, and their larger numbers and close artillery support, did much to offset it. 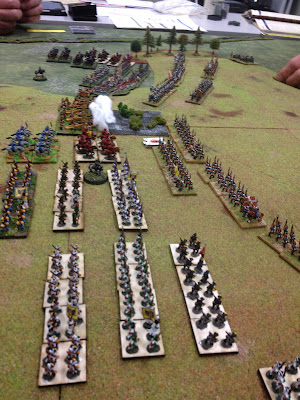 Another view of the game in progress. In the foreground I was steadily working my cavalry around the Prussian left. 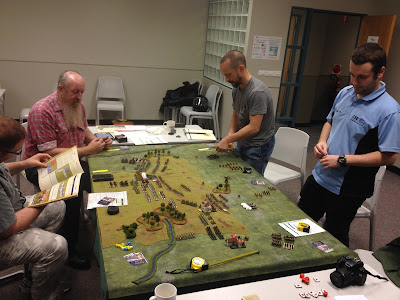 The Prussians advanced up to one of the defended villages, where the Croats had already suffered terribly from artillery fire earlier in the batte. They drove out the defenders, but Austrian artillery made the position untenable. 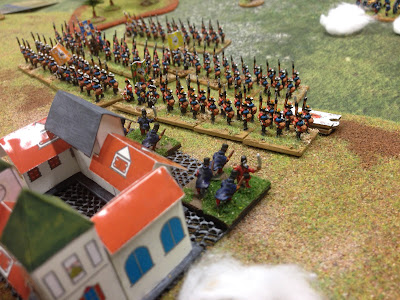 Meanwhile in the centre the Austrian cavalry was attacking the shaken Prussians. I warned against this, having had bad experiences in Maurice attacking infantry with cavalry, but in fact things went fairly well. Shows what I know. 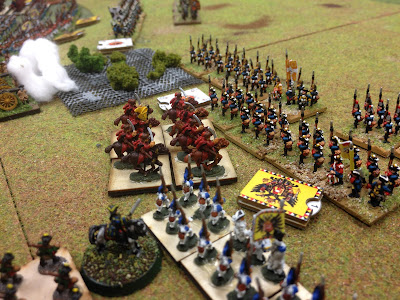 Meanwhile my cavalry was forming up to sweep through the Prussian gun-line and their reserve cavalry. I had a nice, juicy 'Stirrups In' card all ready to make my attack extra deadly ... 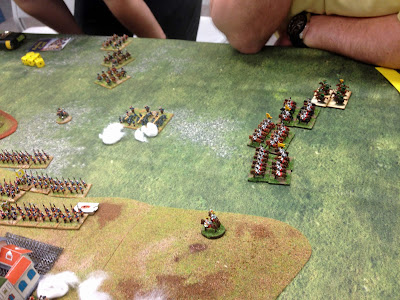 ... but so did Ralph. I believe I may have said something along the lines of 'Arse'. 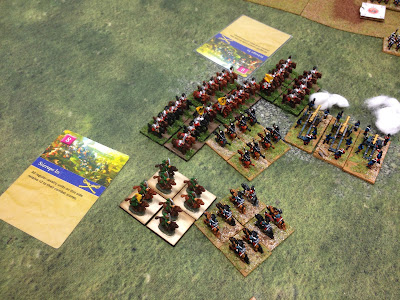 Anyway, we had a terribly jolly cavalry fight, which the Prussians mostly got the worse of. And that's the point that my increasingly unreliable phone ran out of power. 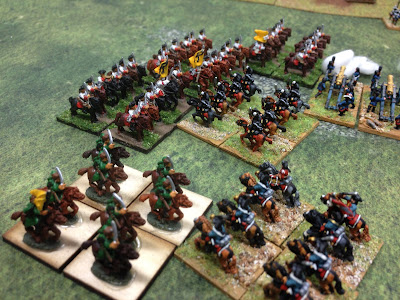 So for the rest of the report, pop along to Sparker's Blog, where there are more photos, diagrams and a very unbiased report from the Prussian perspective. Plus it will tell you who won.