We played Blitzkrieg Commander last night; a small game set in the Western Desert in late 1941.

Ralph and I took the German attackers. Mostly Pz IIIs, with a few Pz IVs, some AT guns and some infantry 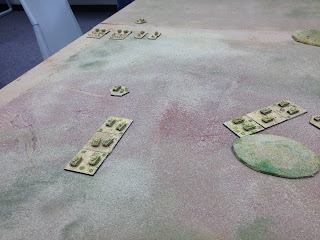 Bryan and John were the British. Most of their force had to enter the table, although did so from the start. Their main force consisted of Crusader tanks. 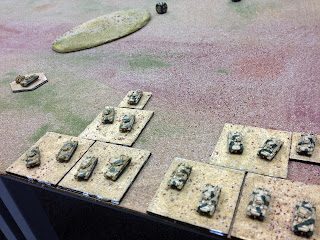 The British also had a force dug in around an airfield - infantry and 2pdr AT guns, supported by a few A13 tanks. 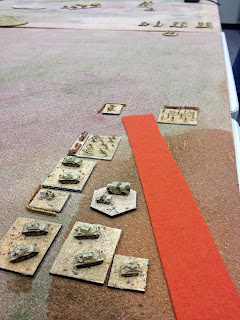 Terrain was minimal, and both sides took advantage of the ridge-lines. 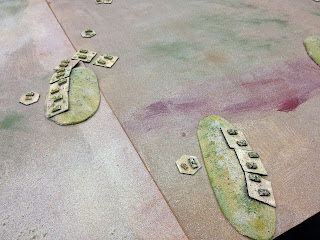 It made for easy photography though. 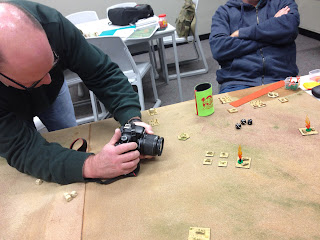 Ralph used our AT guns very aggressively, leaving the British having to attack them equally aggressively with the A13s in order to draw fire away from the main force of Crusaders. 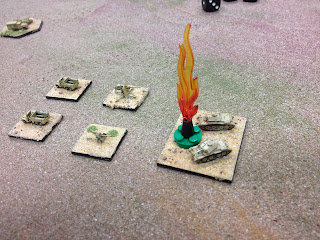 The Crusader advance stalled, however, and was outflanked by the German armour. 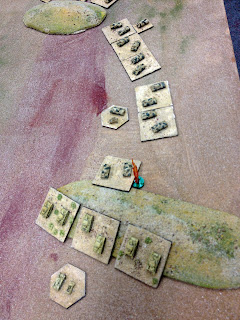 More German armour came in from the front, and the Crusaders burned. 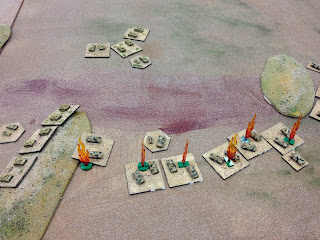 The British tanks n the right of the picture managed to inflict casualties on their German counterparts out in the open, but the other German armoured wing worked its way into their rear (albeit slowly) and knocked them out. 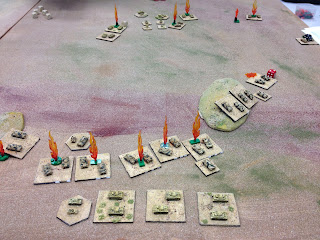 We called the game at that point, with the airfield defenders now unsupported and likely to withdraw.

Another run of this scenario a few months ago had seen the attacking Germans stall and get cut to ribbons by the advancing British armour, so it was interesting to see a complete reversal of fortune in this game. Every game of BKC we play end up with a discussion about the randomness of the command rules, and I think we'll discuss the balance between being able to do what you want and having some uncertainty for as long as we continue to game.