On Thursday evening we had another go at the battle of Zorndorf using Maurice, this time with a scenario designed by Daniel. We had three players on each side, with about 70pts per player, so it was a a fairly large game. Daniel, John and Ralph took the Russians, whilst Gary, Satvik and I took on the task of attacking them with the Prussians. 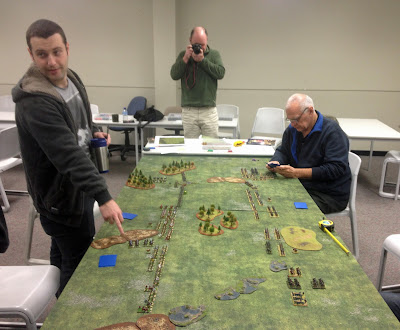 The terrain was broken up with lots of marsh and woods, which tended to channel the Prussian attack. The Russians were initially content to sit and wait. 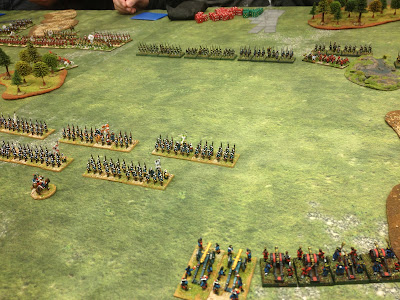 We decided to make Gary's attack on our right the main one; he would move in and start to roll up their line, I would pin in the centre and Satvik would simply hold on our left. 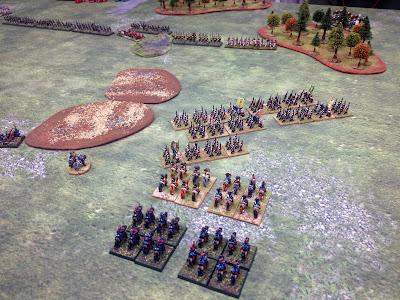 As Gary's troops moved in, the Russians advanced in confusion. This gave Gary's attack the foothold it needed. 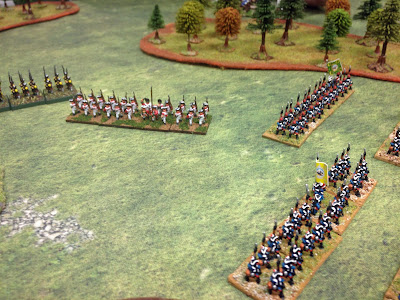 I moved up in the centre, as Gary tried to force his way through a gap in the terrain. Unfortunately the firing rolls weren't up to the task, and the Russians held. 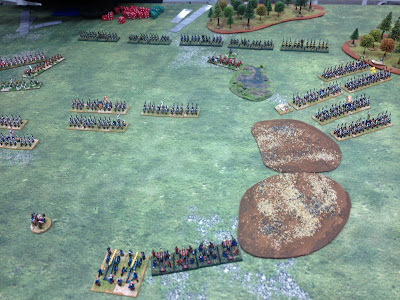 In the centre the Russians responded to my advance. concentrating on the left of my force with their elite infantry and giving me the sound drubbing I deserved for advancing unsupported. 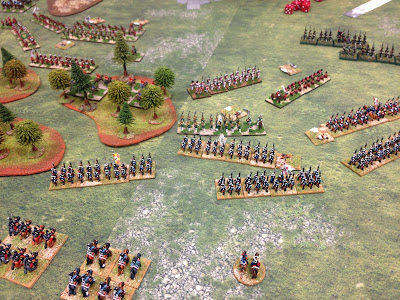 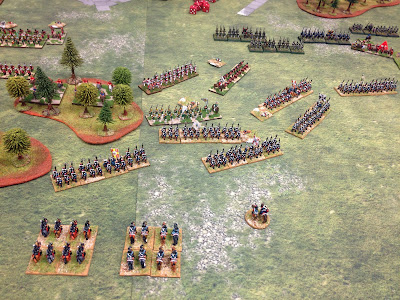 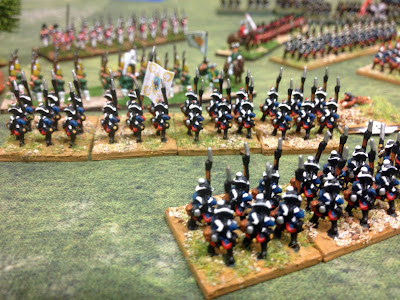 Satvik advanced on our left, on the hope we could distract at least some of the Russians from mauling us elsewhere. 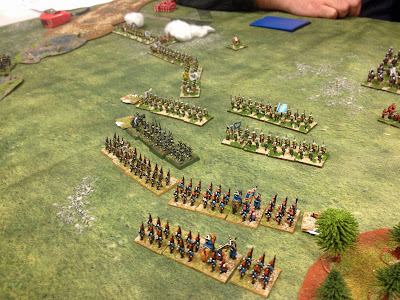 On our right Gary swung his cavalry around the Russian left and the inevitable cavalry action occurred. Although outnumbered the Russians seemed to get the better of it; numbers are no good if you can't bring them to bear. 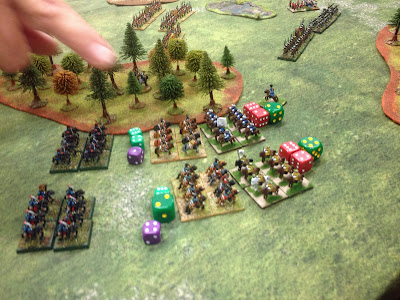 My infantry even got charged by cossacks. Awkward. 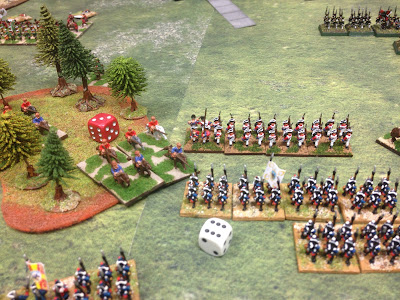 Fortunately my camera ran out of power at that point, so the steady disintegration of the Prussian army went unrecorded. With our victory condition of breaking the Russian army obviously impossible to achieve, we graciously conceded to our gallant opponents.

There was some discussion concerning the balance of the scenario and especially the national characteristics in lay. The Russians had Rally To The Colours which is incredibly useful if you're on the defensive and don't have to move around much. A few times we took Russian units to the brink of breaking, only to see them fully recover. The fact that the terrain broke up our attack made coming up with a decent plan difficult, but I'll confess that, with hindsight, our initial deployment and overall strategy - giving our highest quality command to a player who hadn't played before, and then encouraging them to sit tight whilst they learned the game - possibly wasn't the best thing to do.

Thanks to Daniel for putting together what was still an entertaining and spectacular game.

As ever, Ralph has a more detailed report on his BLOG.