Some of the scenarios in 'One Hour Wargames' are inspired by actual battles. 'Surprise Attack' is based on Quatre Bras, but after playing it at the weekend with GNW Russians attacking Swedes I then read an account of the 1708 Battle of Lesnaya, and realised that it's a very similar setup. At Lesnaya the Russians, under Tsar Peter, attacked a Swedish force that was escorting a supply train. A small Swedish force held the Russians at first until it was outflanked and pushed back, with the main body of the Swedish army coming up in support and forming a line which just about prevented a total rout.

With the similarity in mind, I rejigged the scenario to make it closer to Lesnaya. I dropped the roads, and changed the marsh in the OHW setup for more woods, which were expanded to the board edge. I flipped the north and south edges. The objective became a village - Lesnaya - on the Swedish baseline (the south). The Swedes were defending, with two units of infantry in a gap between the woods. The rest of their army - two more infantry and two cavalry, would appear later, the infantry from their base edge, and the cavalry  from the east, but south of the woods. 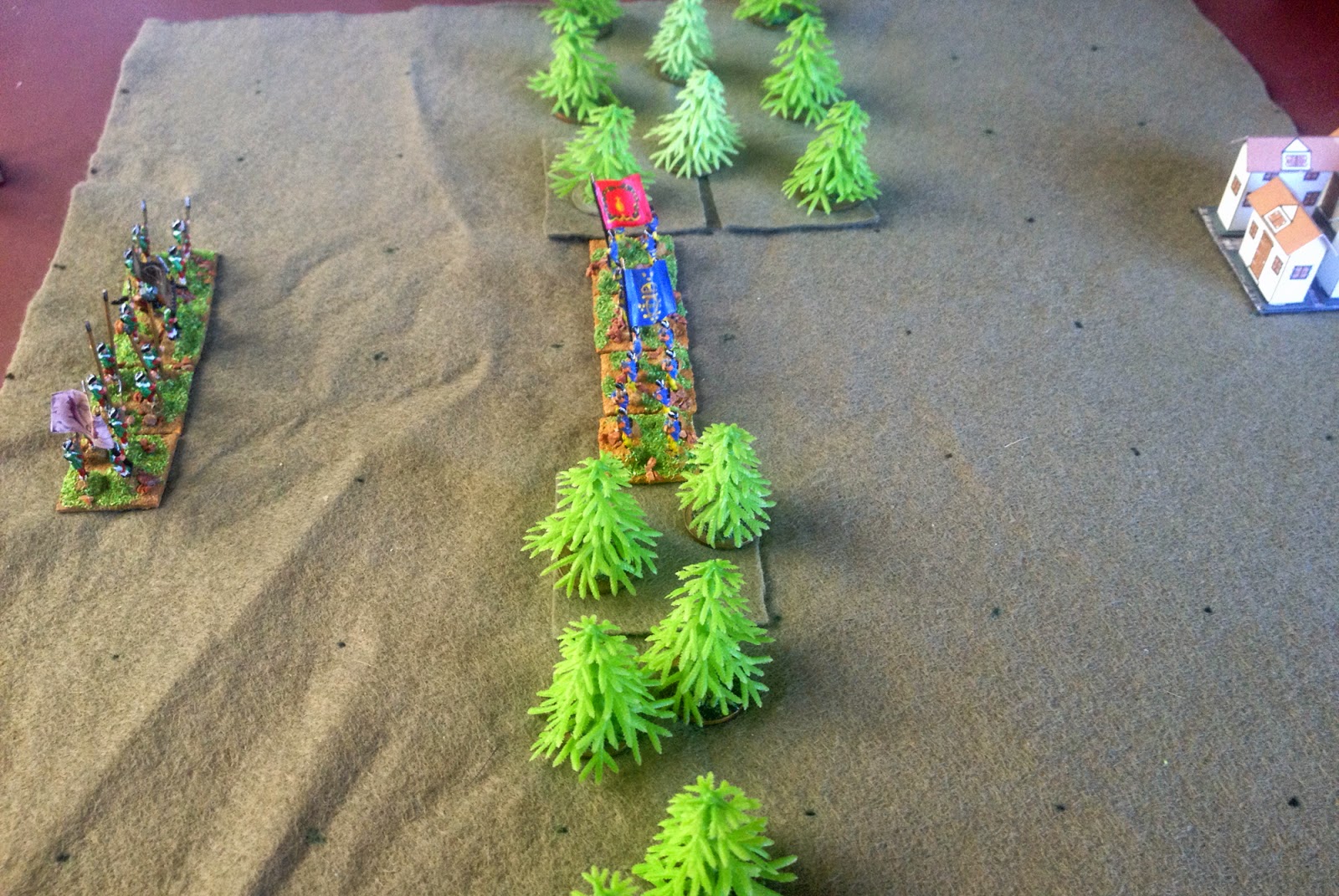 The line infantry forms up for the attack as the guards appear, led by Pete himself (who has no function in the game and is just garnish). 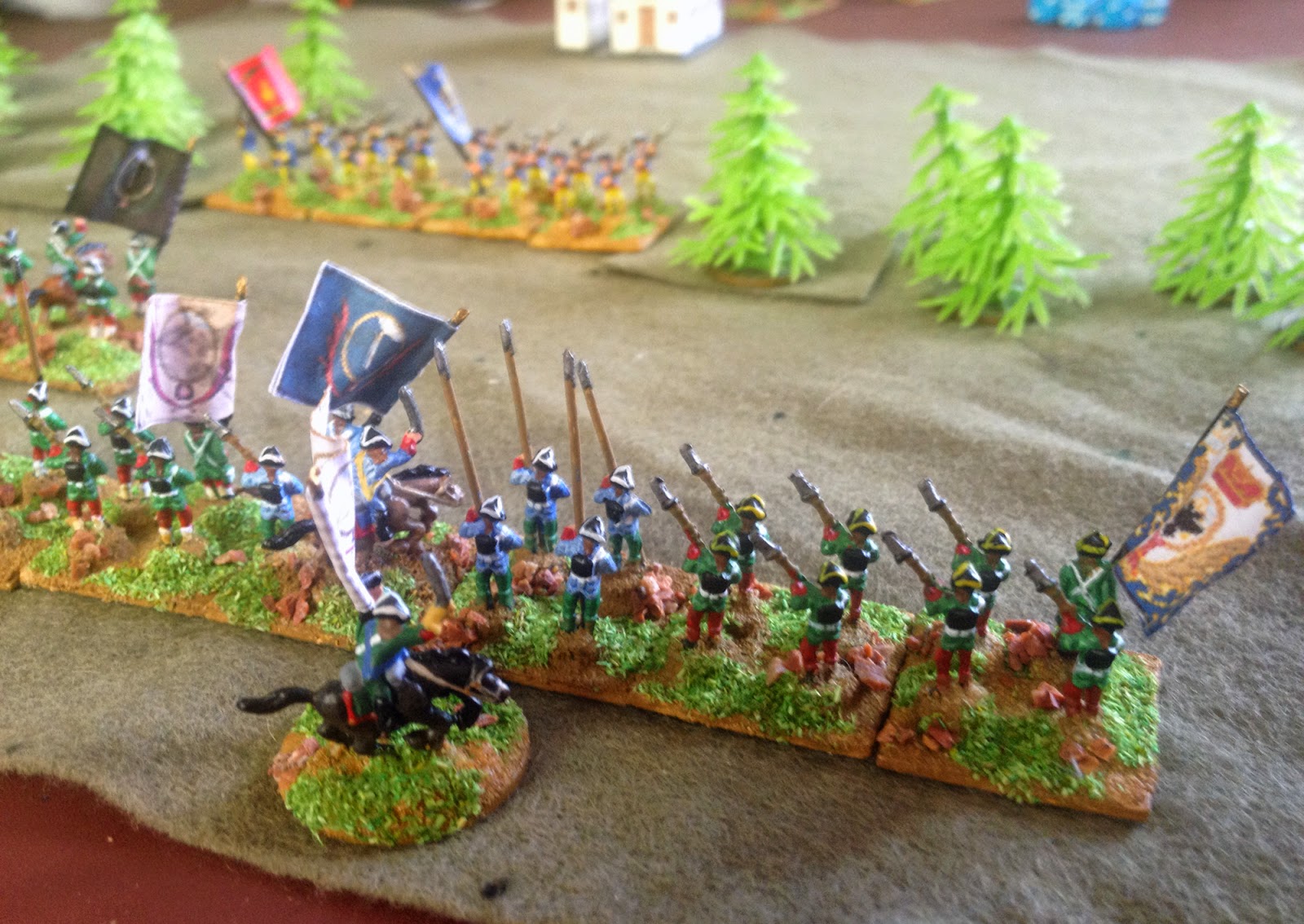 The guards move towards the woods to bypass and outflank the Swedish line, whilst an exchange of musketry breaks out in the centre. 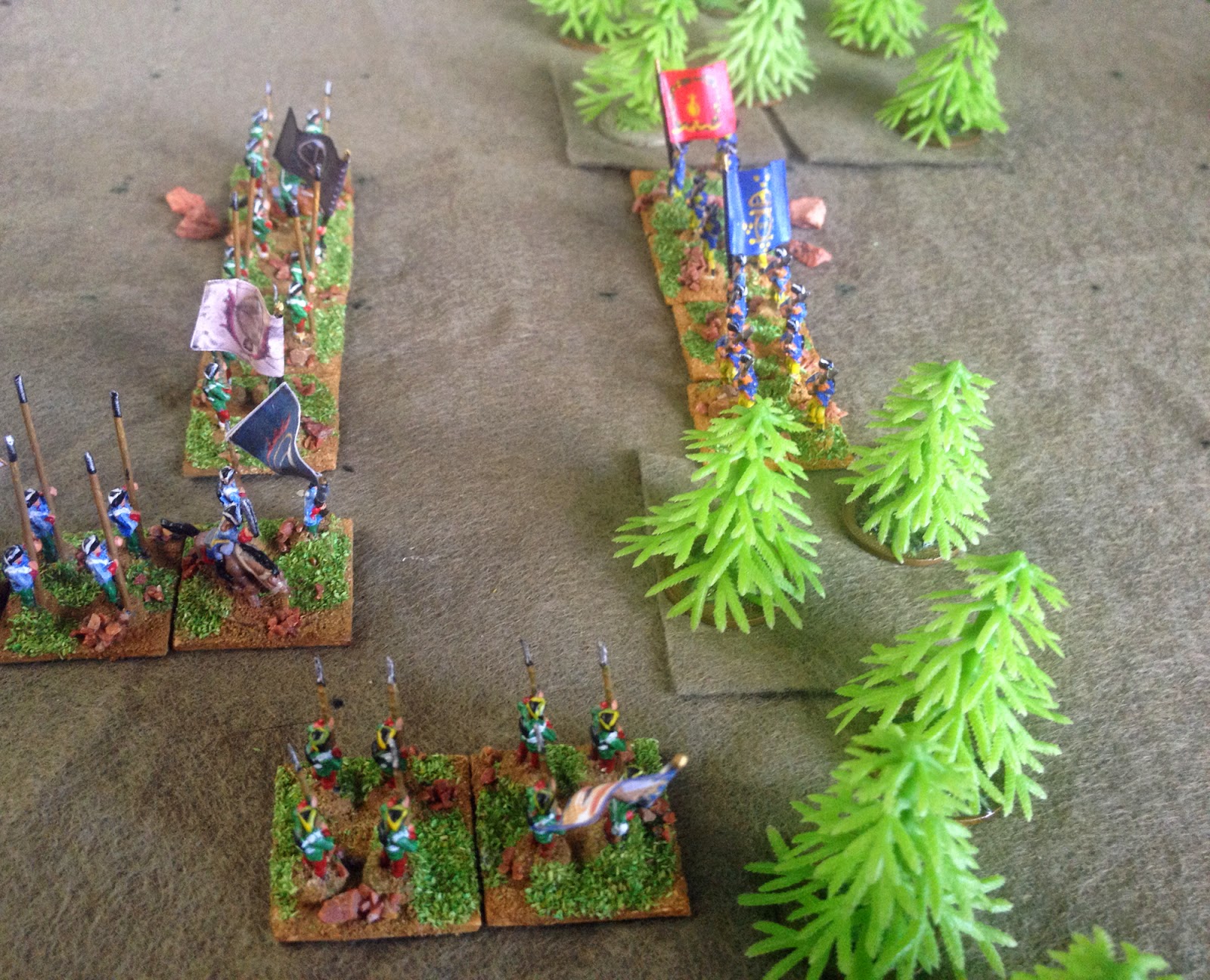 All of the Russian units are now on the move, with cavalry working its was around the Swedish right. But to the right of the picture can be seen more Swedish infantry coming up in support. 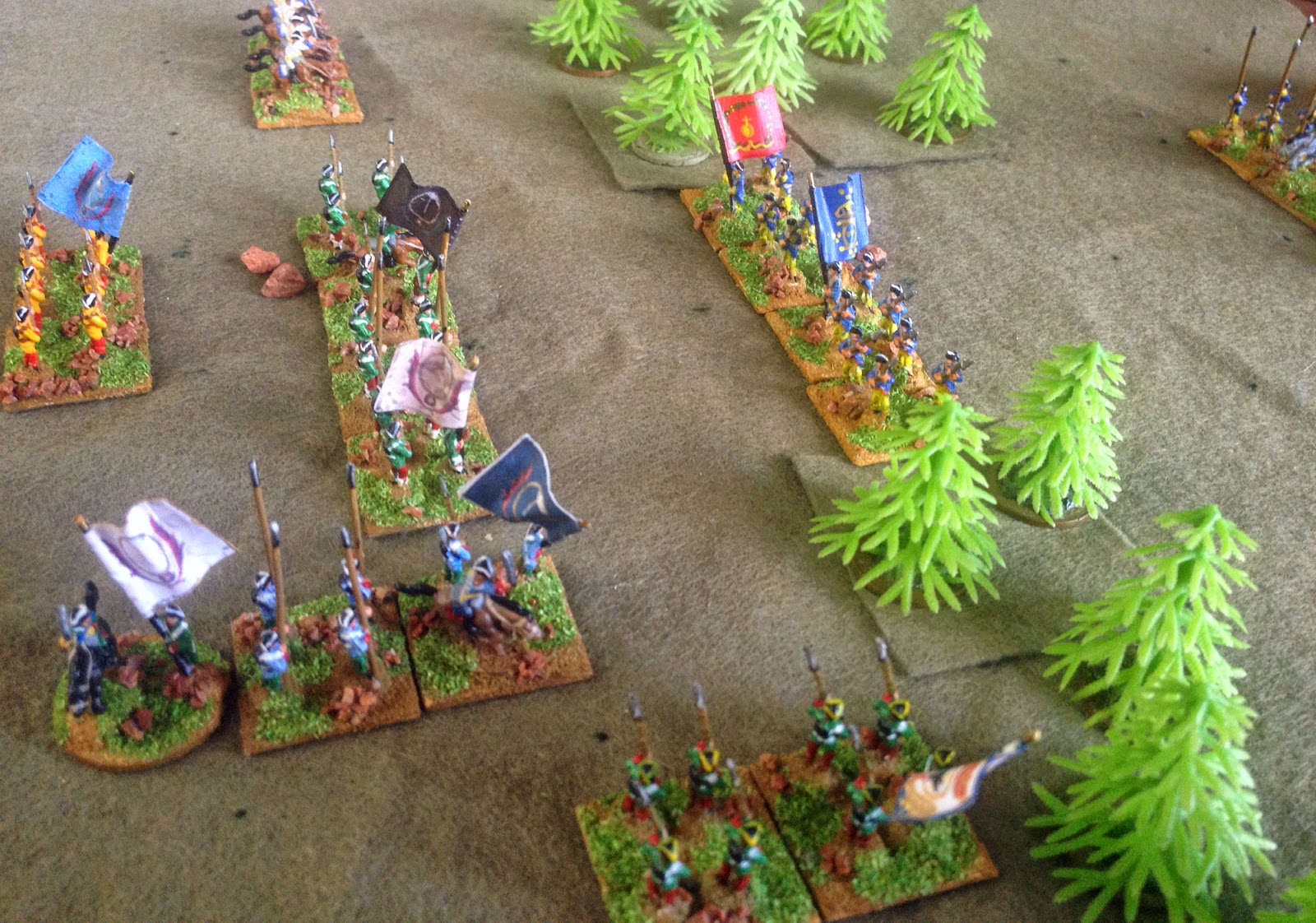 The reinforcements form up before Lesnaya. 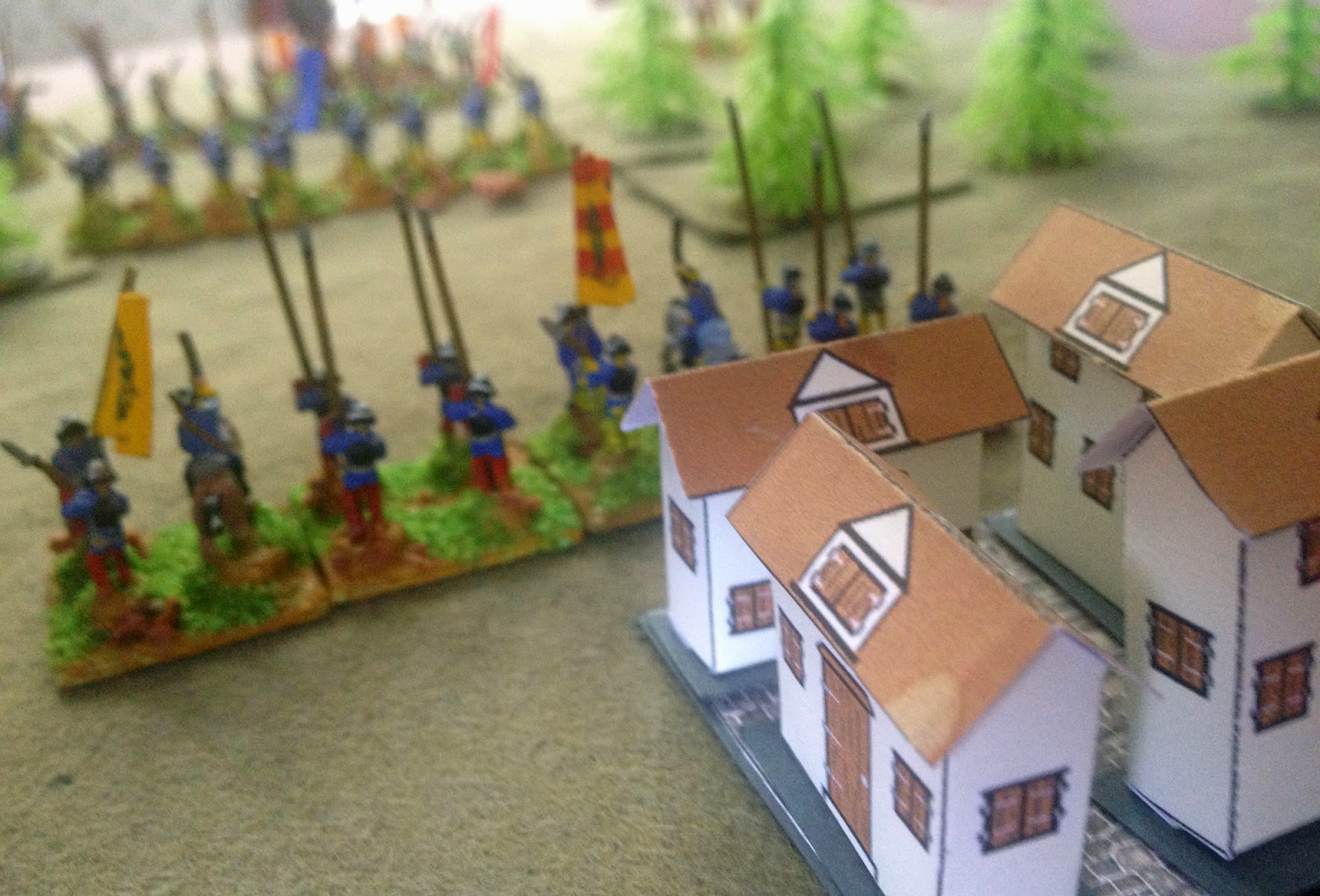 Peter's guard work their way through the trees. 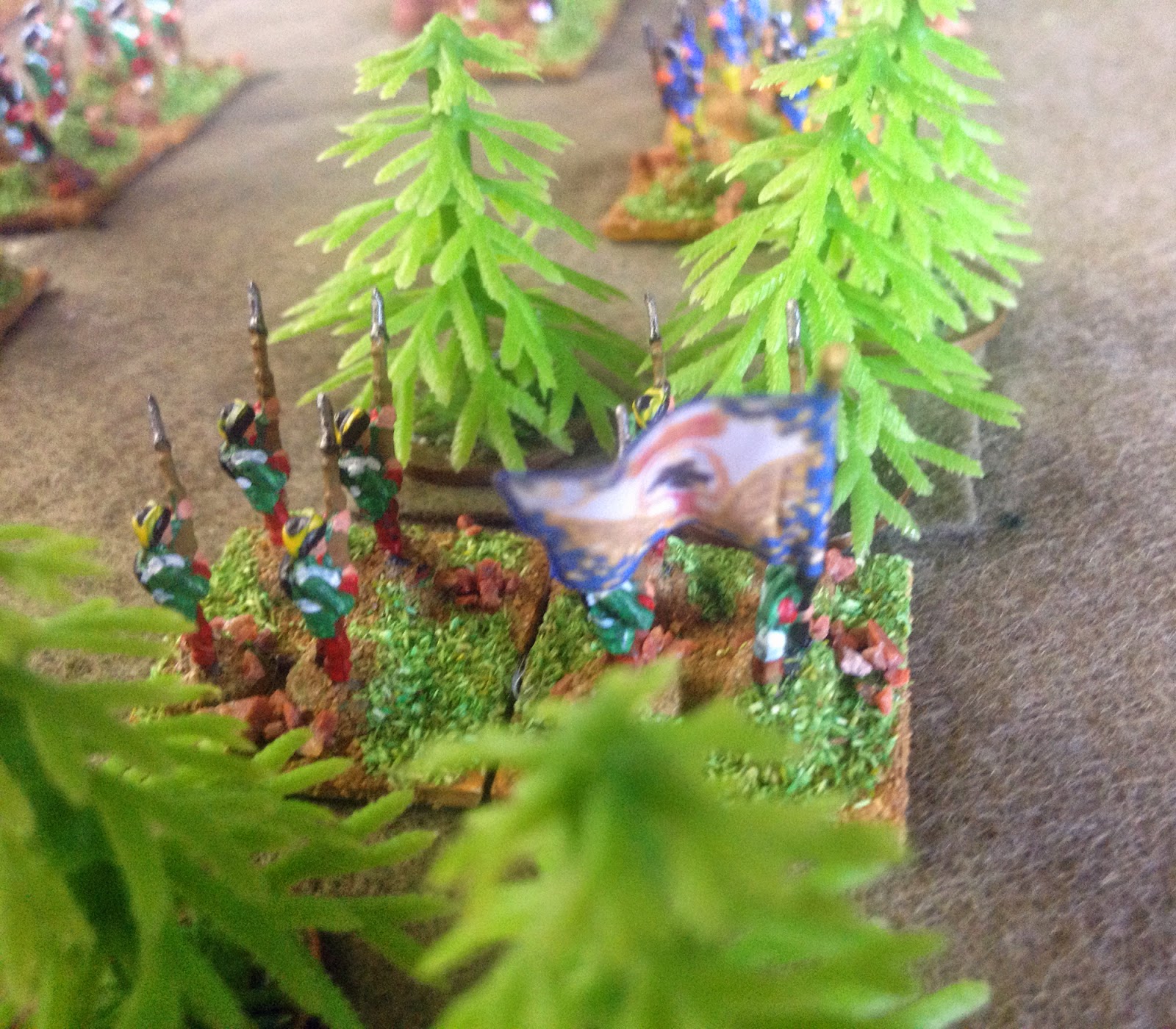 Under a relentless Russian assault the first Swedish unit breaks. 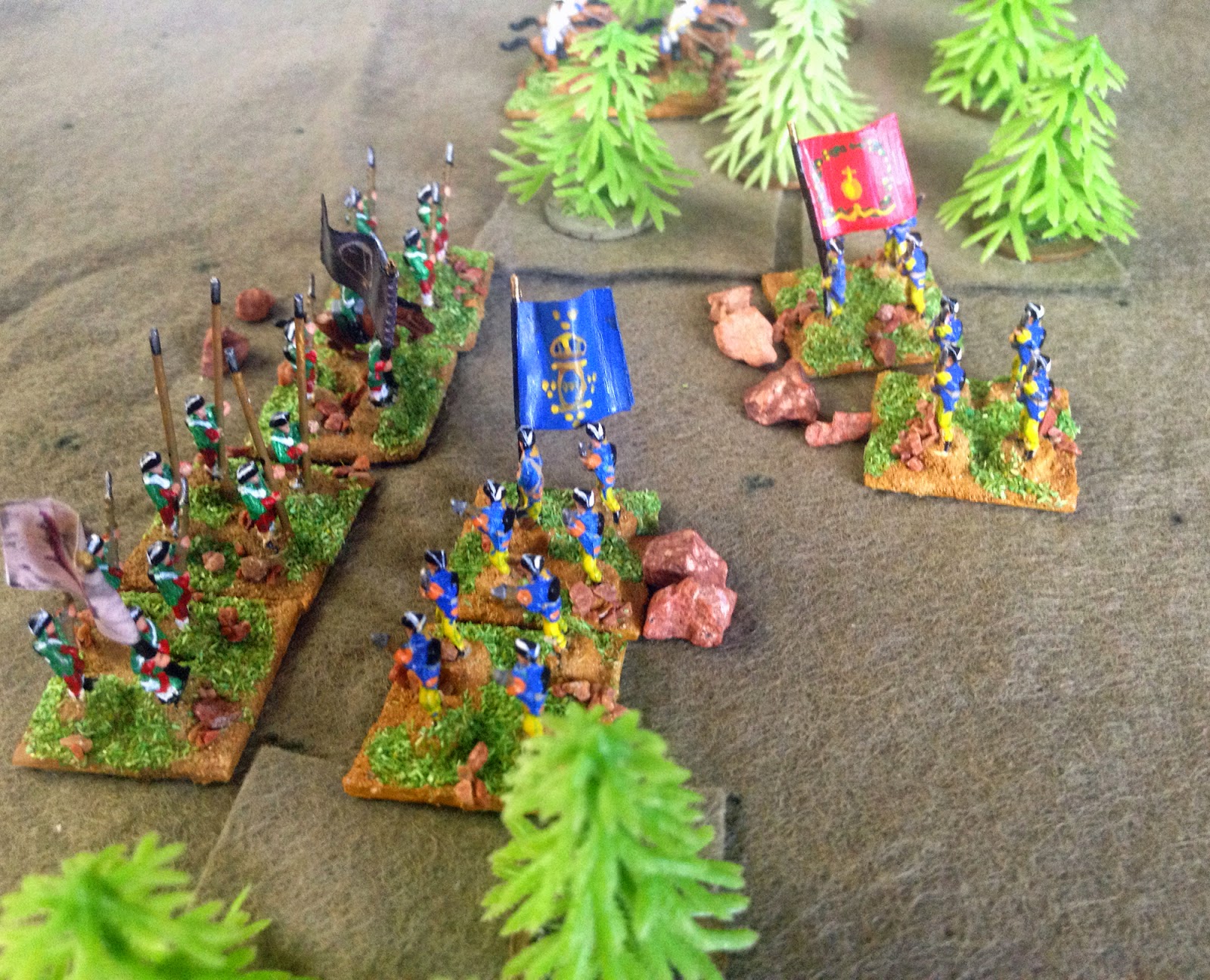 The Swedish reinforcements move to plug the gap, as the Russian guards form up on their left flank. 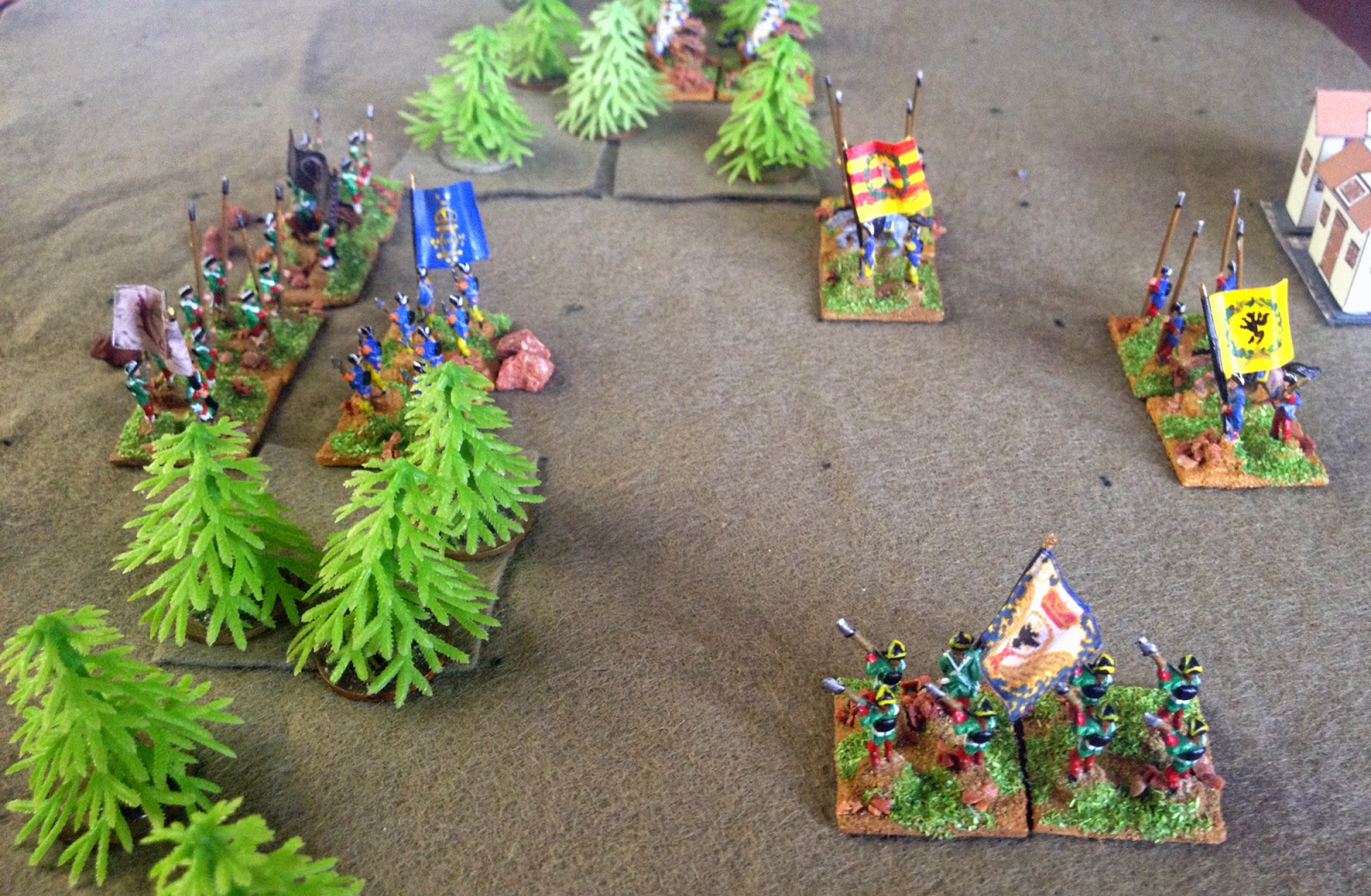 A fierce Swedish charge drives the Russian infantry back. 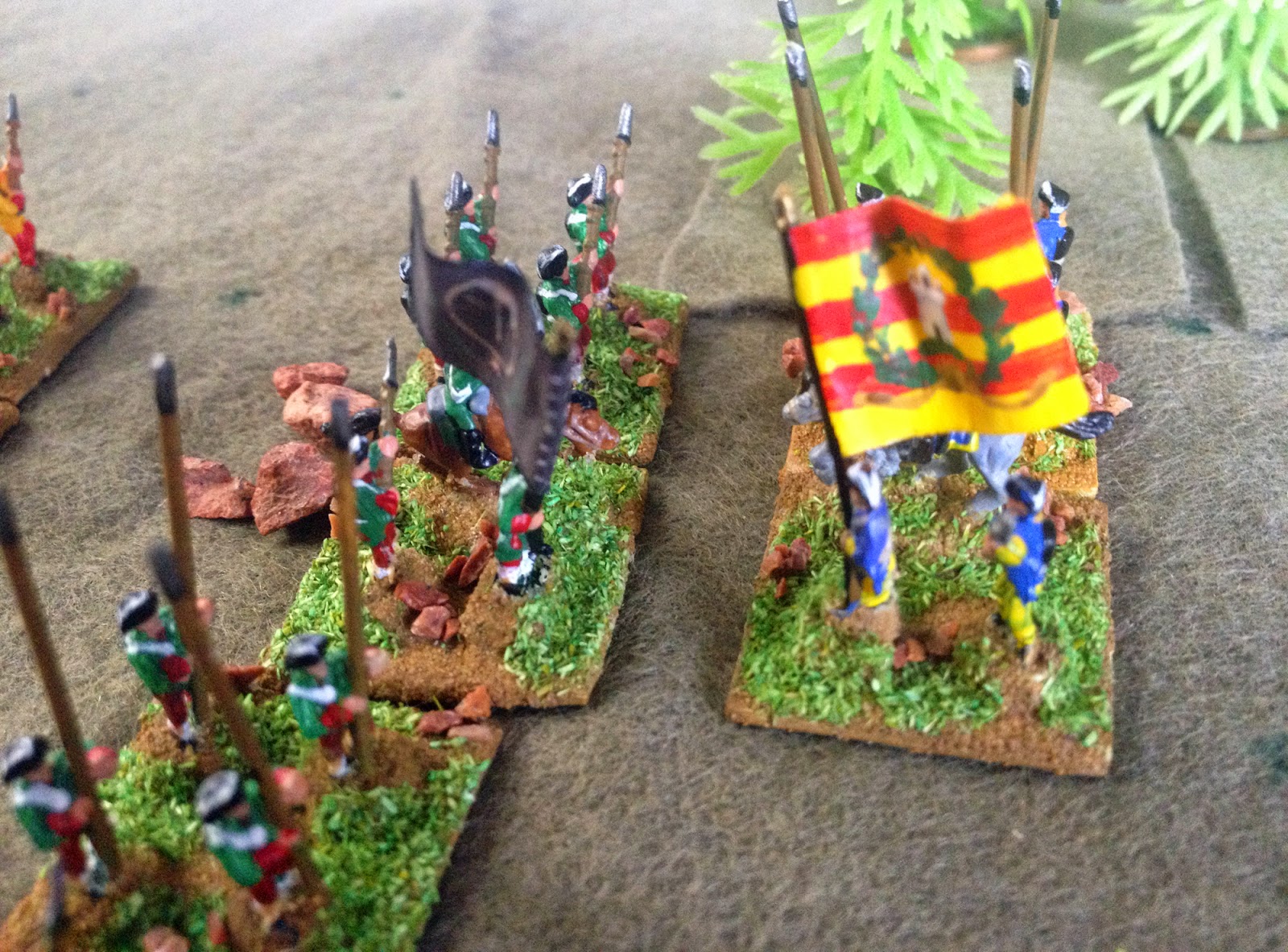 The Swedes are under pressure now, though, with the guards on their left flank, and Russian cavalry on their right. 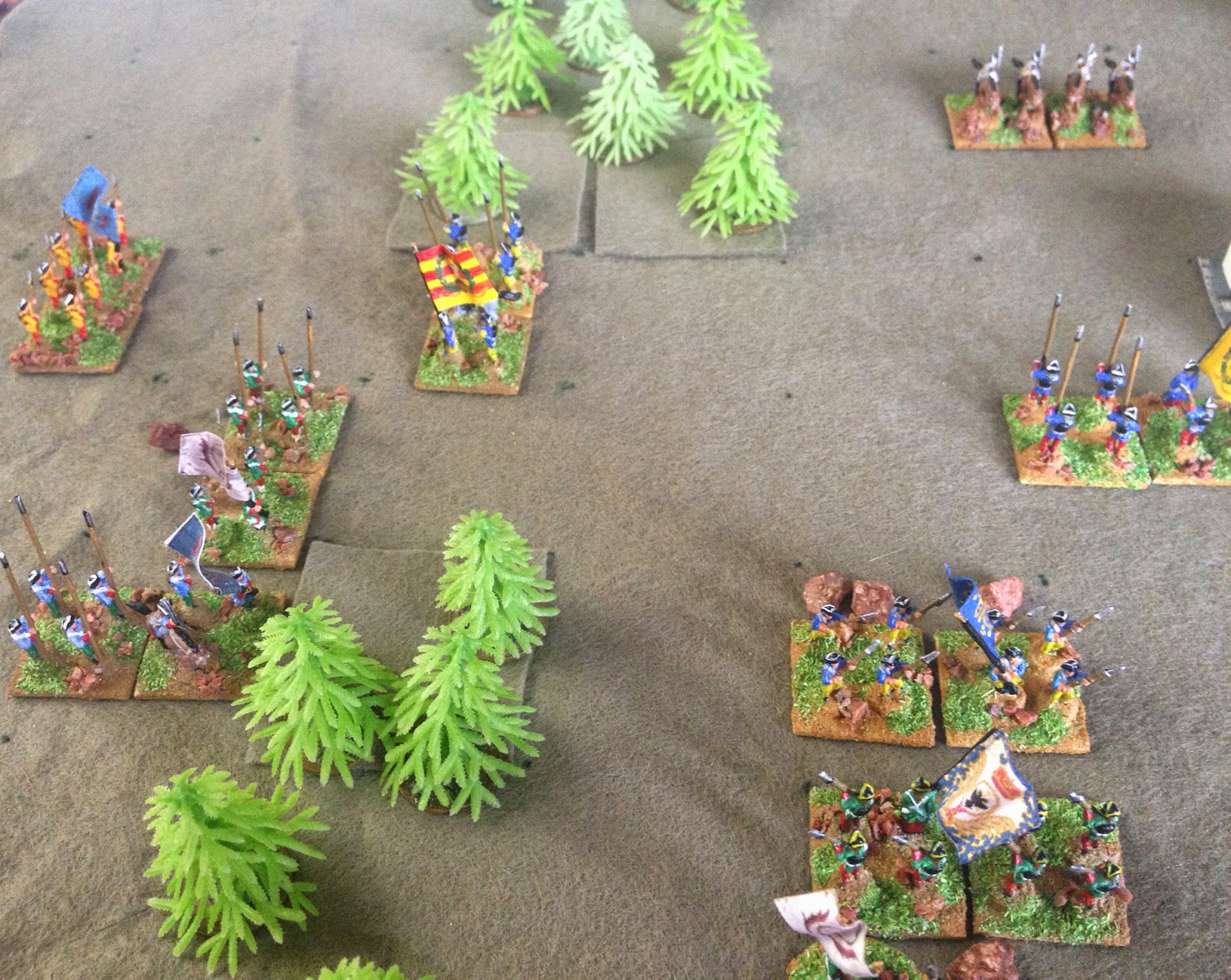 The Swedes fall back on the village as their own cavalry arrives in support. 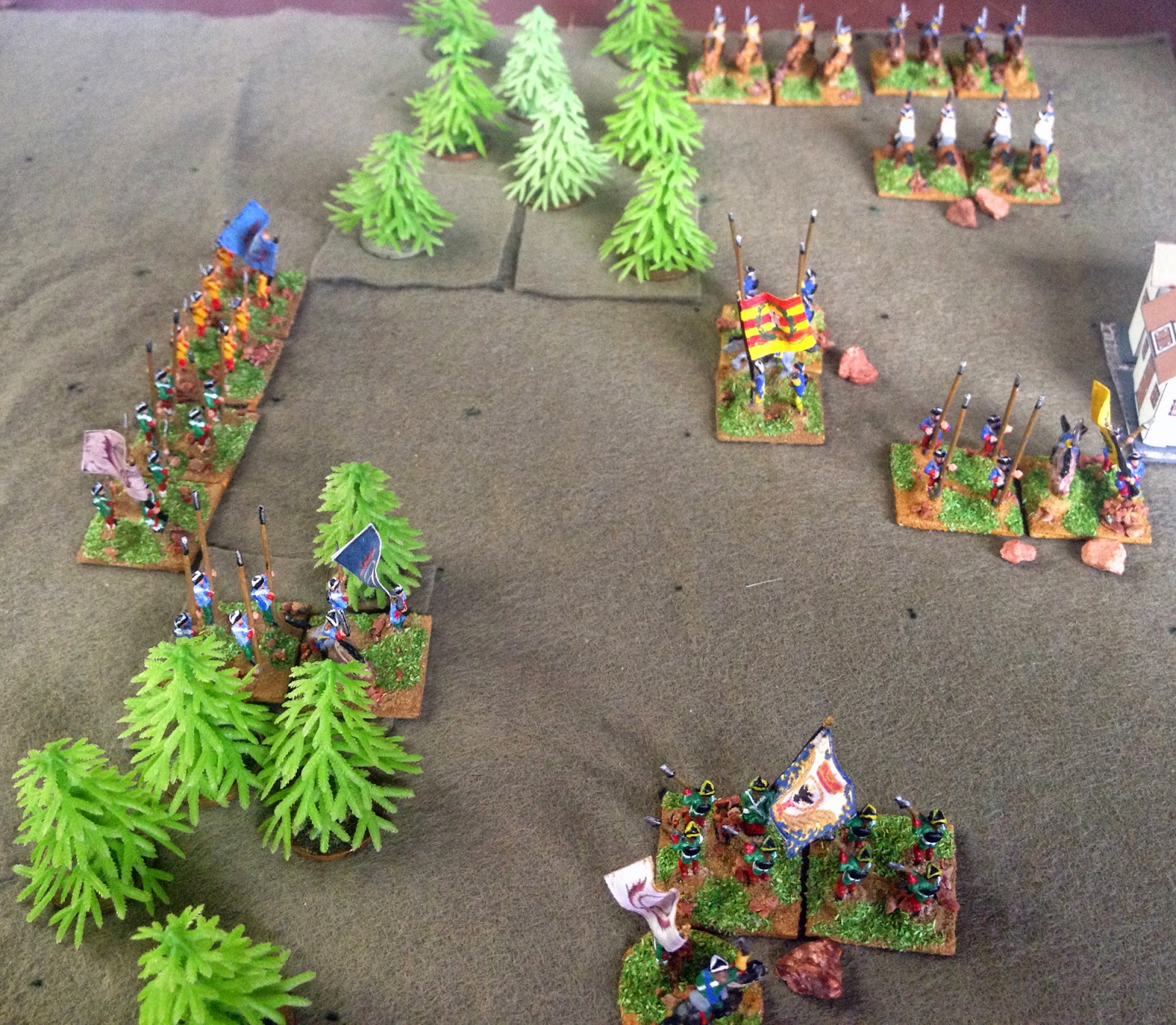 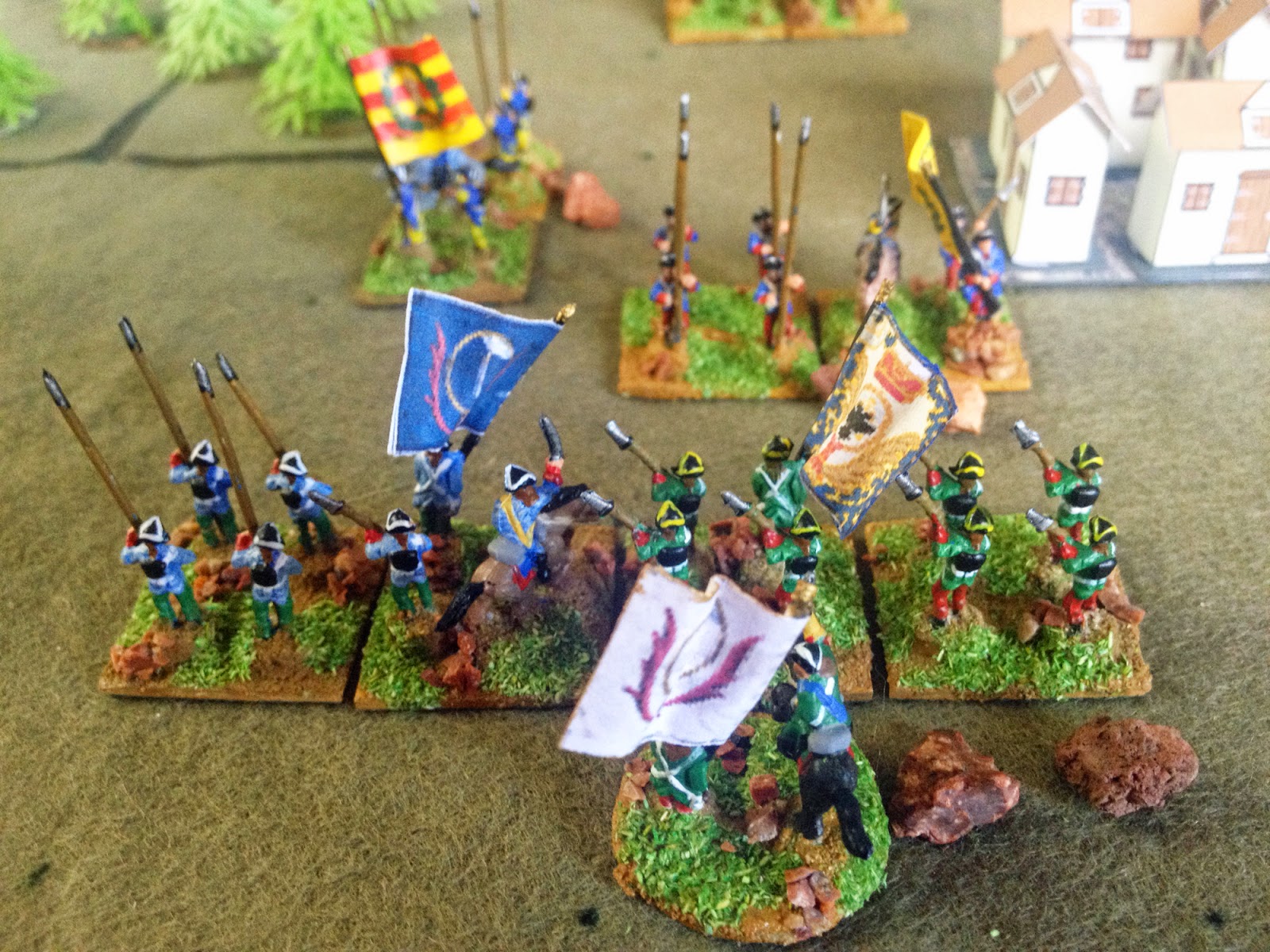 Swedish infantry flees before them, but a cavalry counter-attack drives off some of Russia's finest troops. 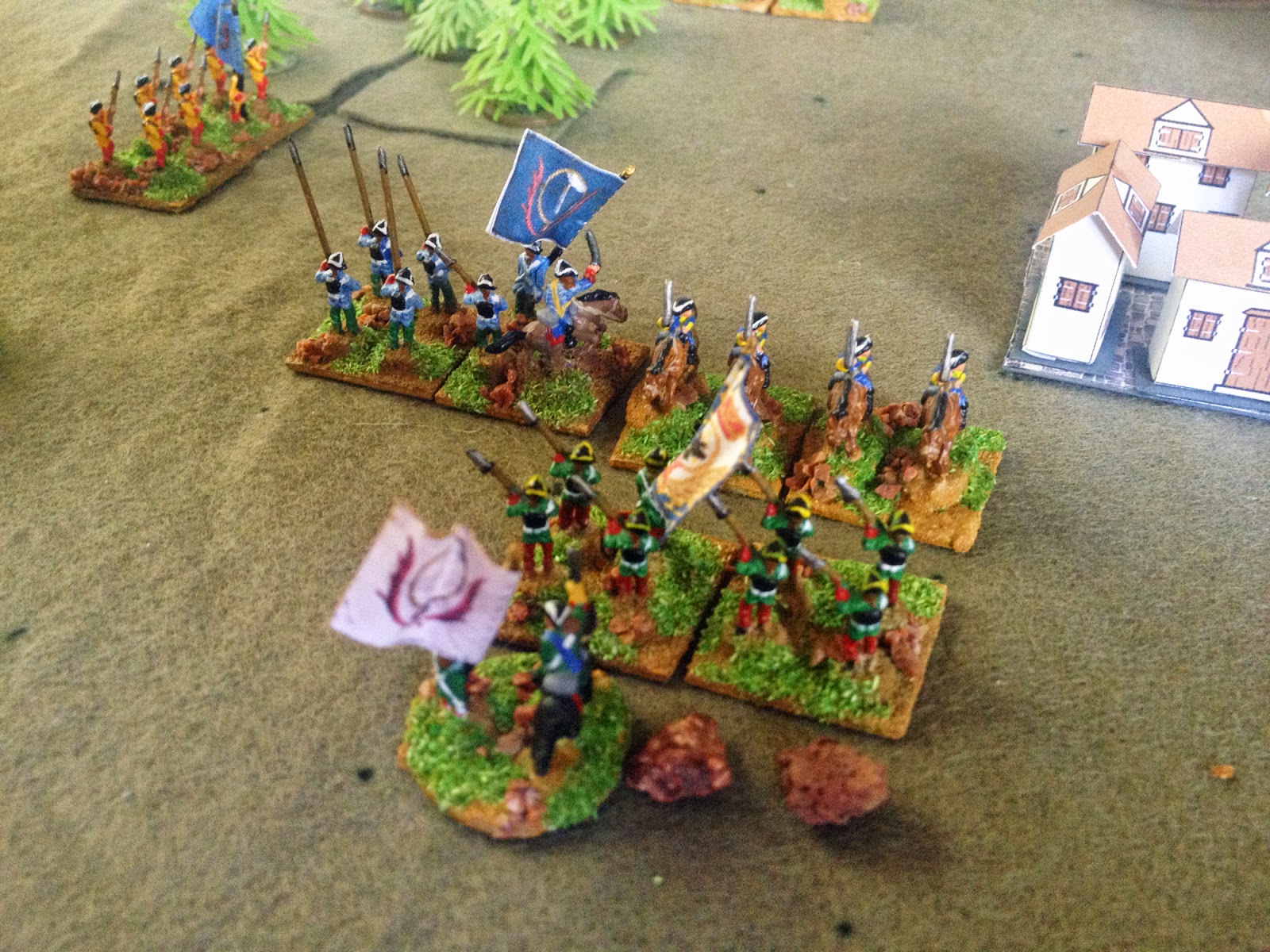 Tsar Peter is forced to ride to safety, pursued by Swedish troopers. 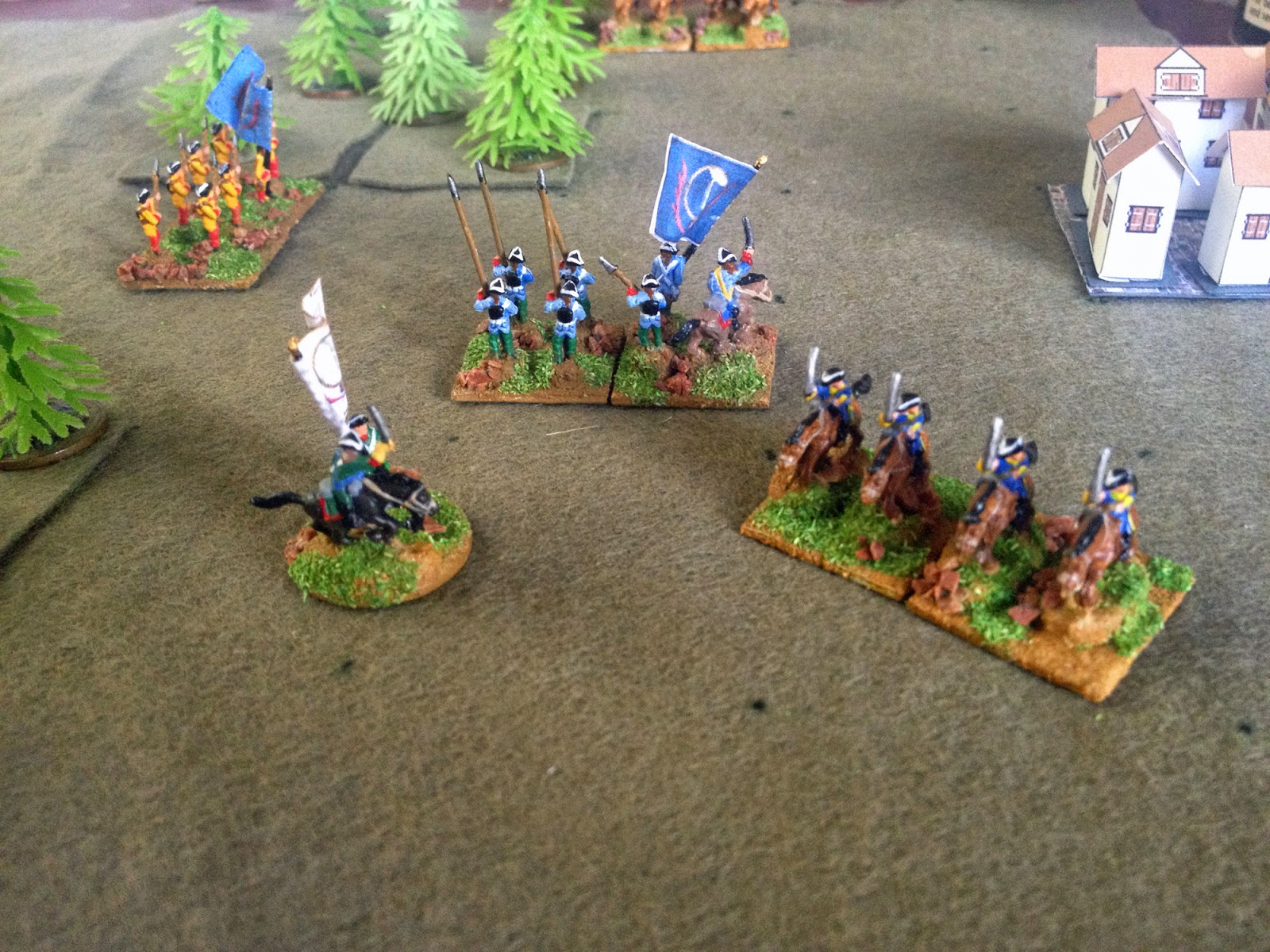 The Swedish cavalry reforms for another attack, but the Russians have a clear run at the village now, with the last of the Swedish infantry having fled in disarray. 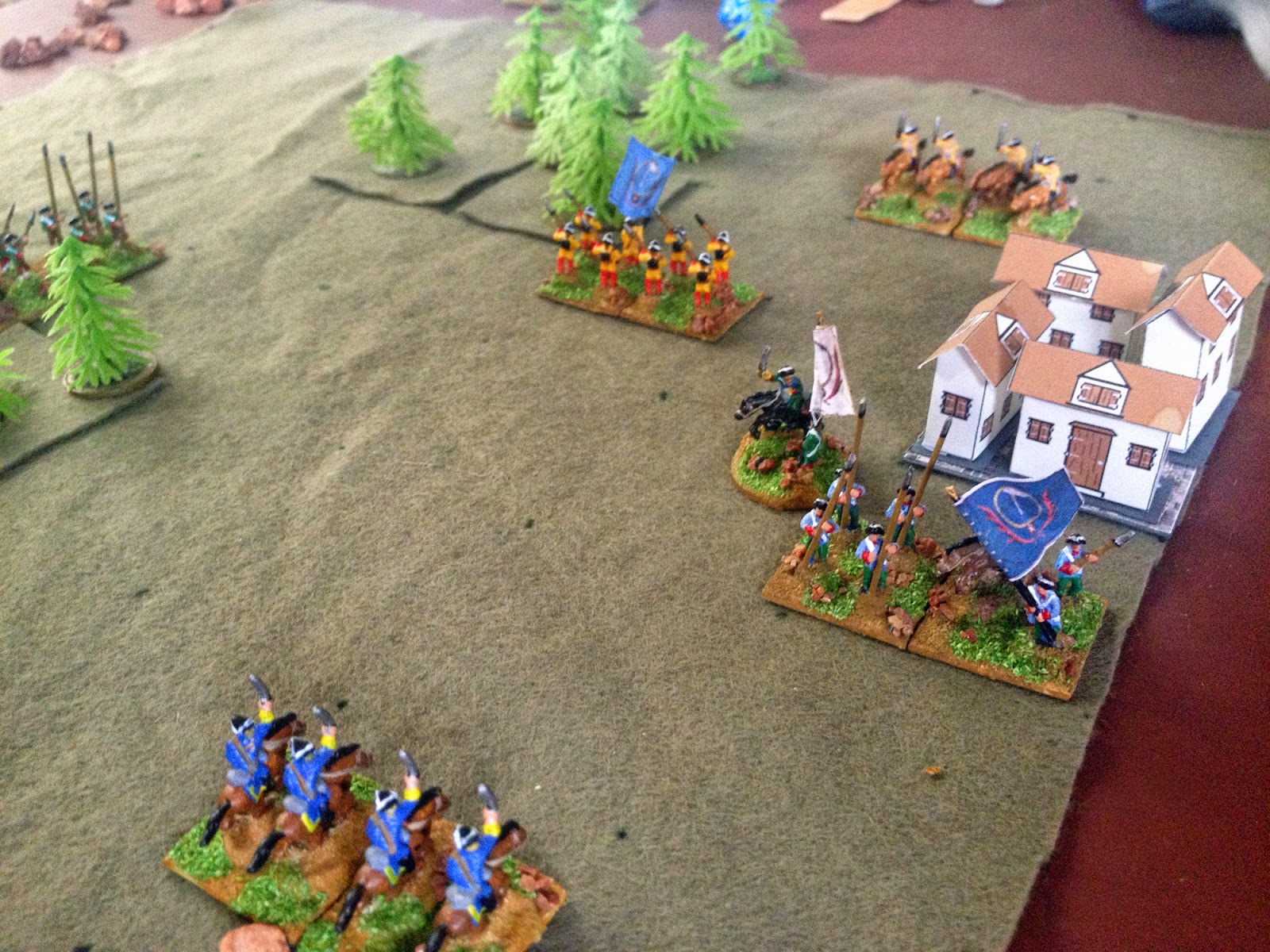 The Russians take Lesnaya. Time is running out, and only a single cavalry unit is in a position to prevent a Russian victory. 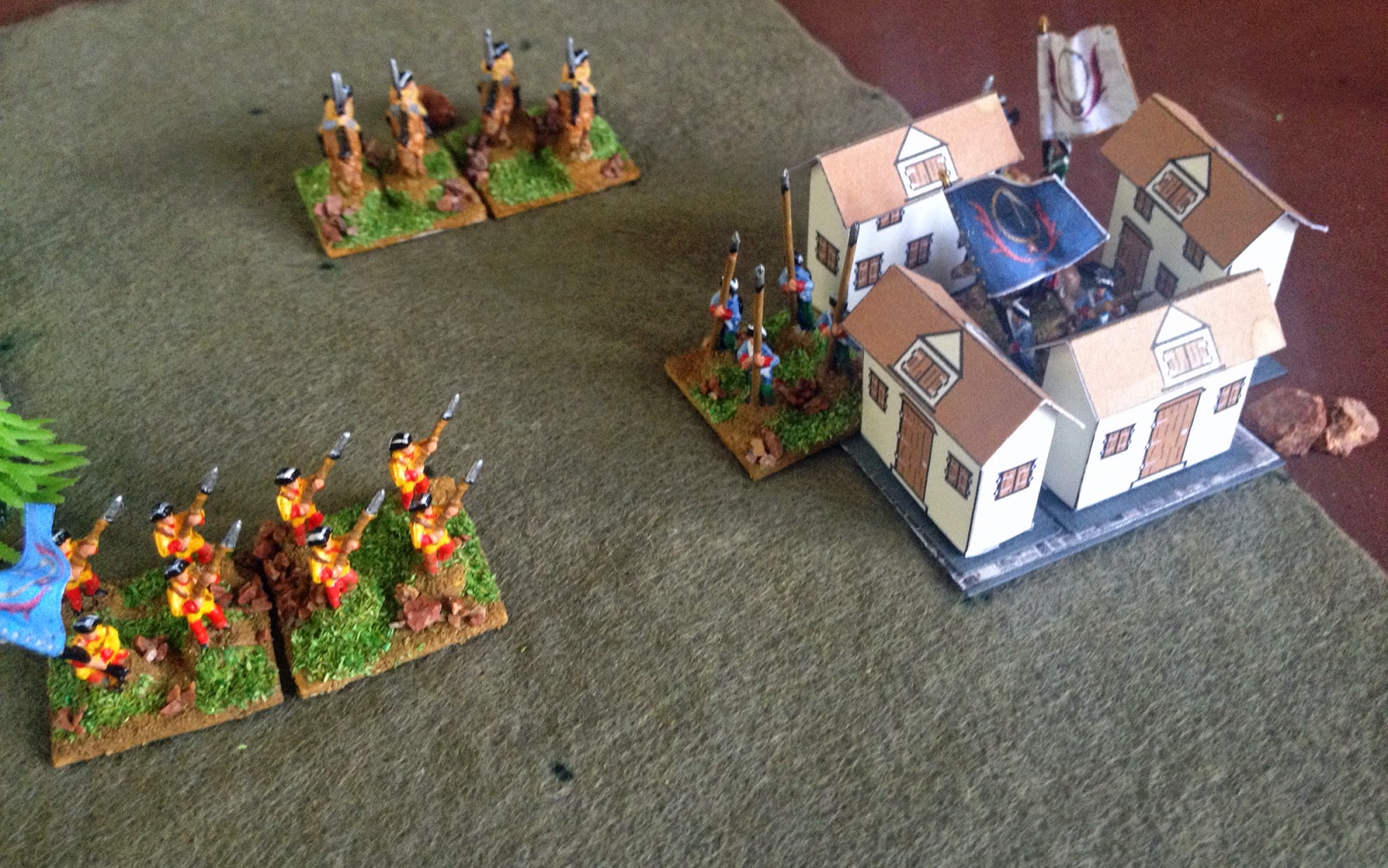 They charge the village ... 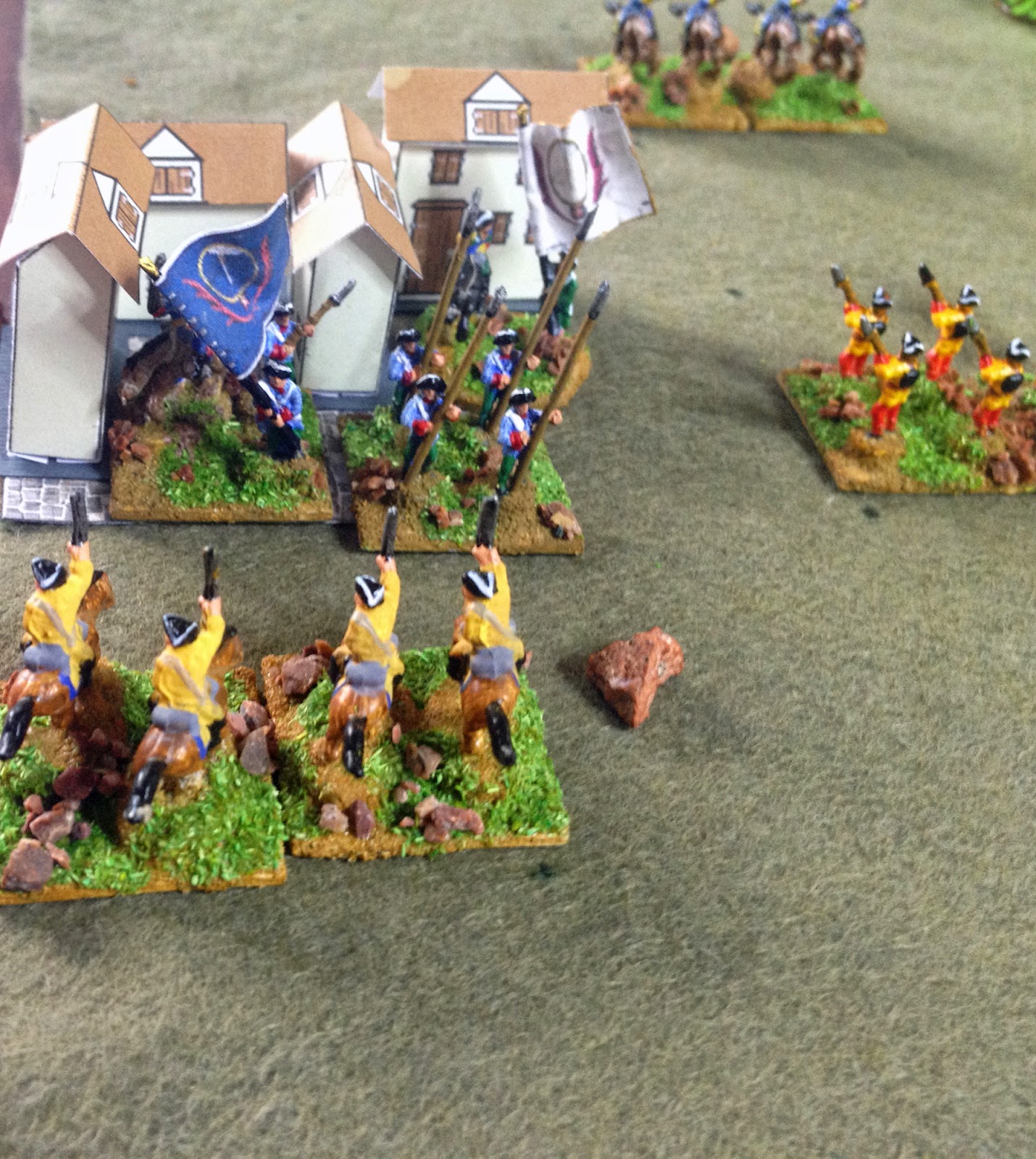 On the whole the scenario worked as a stripped-down refight of the battle. I may stagger the arrival of the Russian units just a little - on the day there seems to have been a bit more blundering about in the woods - but otherwise I think it's basically good enough. I shall give it a replay over the weekend sometime.

Oh, setup time was five minutes, and it took just under thirty minutes to play.
Posted by Kaptain Kobold at 22:57