Bridgehead At The Mius River

On Thursday Ralph put on a great big Battlegroup:Kursk game, using 20mm figures and a 12' x 12' table (split, for those of us with short arms, into two 12' x 6' table). I covered the German counterattack on a post-Kursk Russian bridgehead at the Mius River.

The right-hand (from the Russian point of view) table. 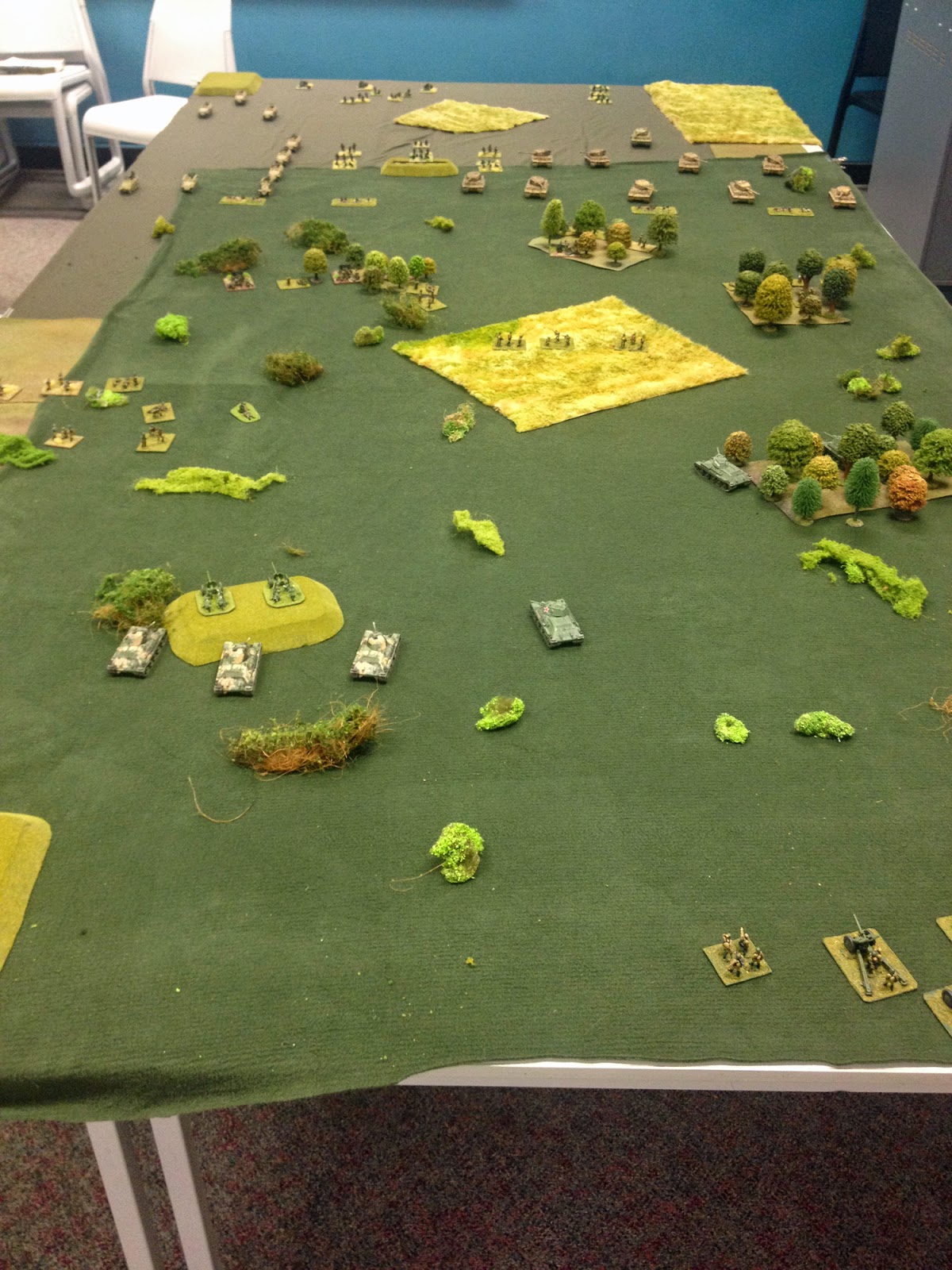 And the left, with the German commanders. The hill on the centre-right, was the German objective. 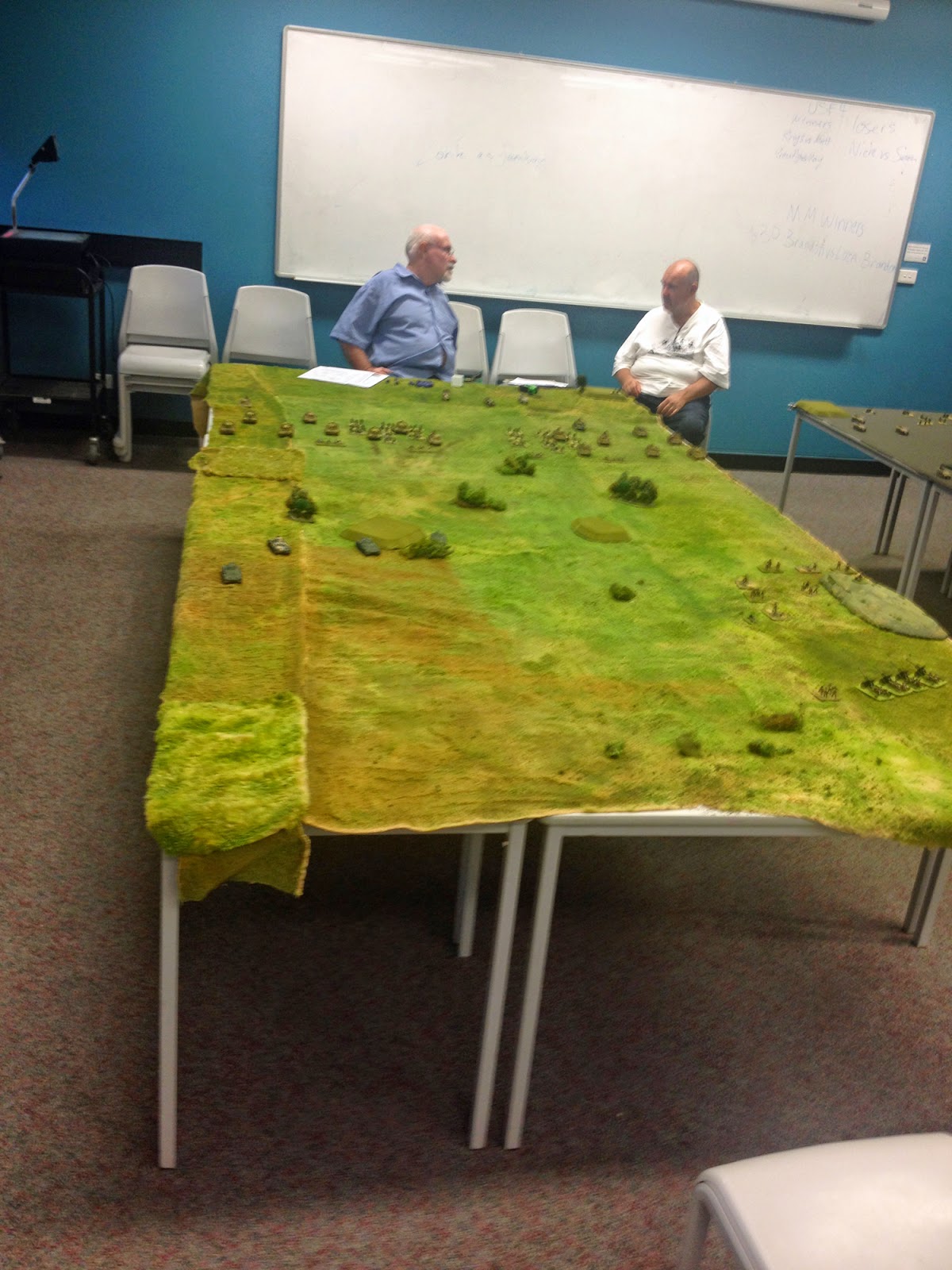 The Russians had considerable quantities of artillery, some on- and some off-table. 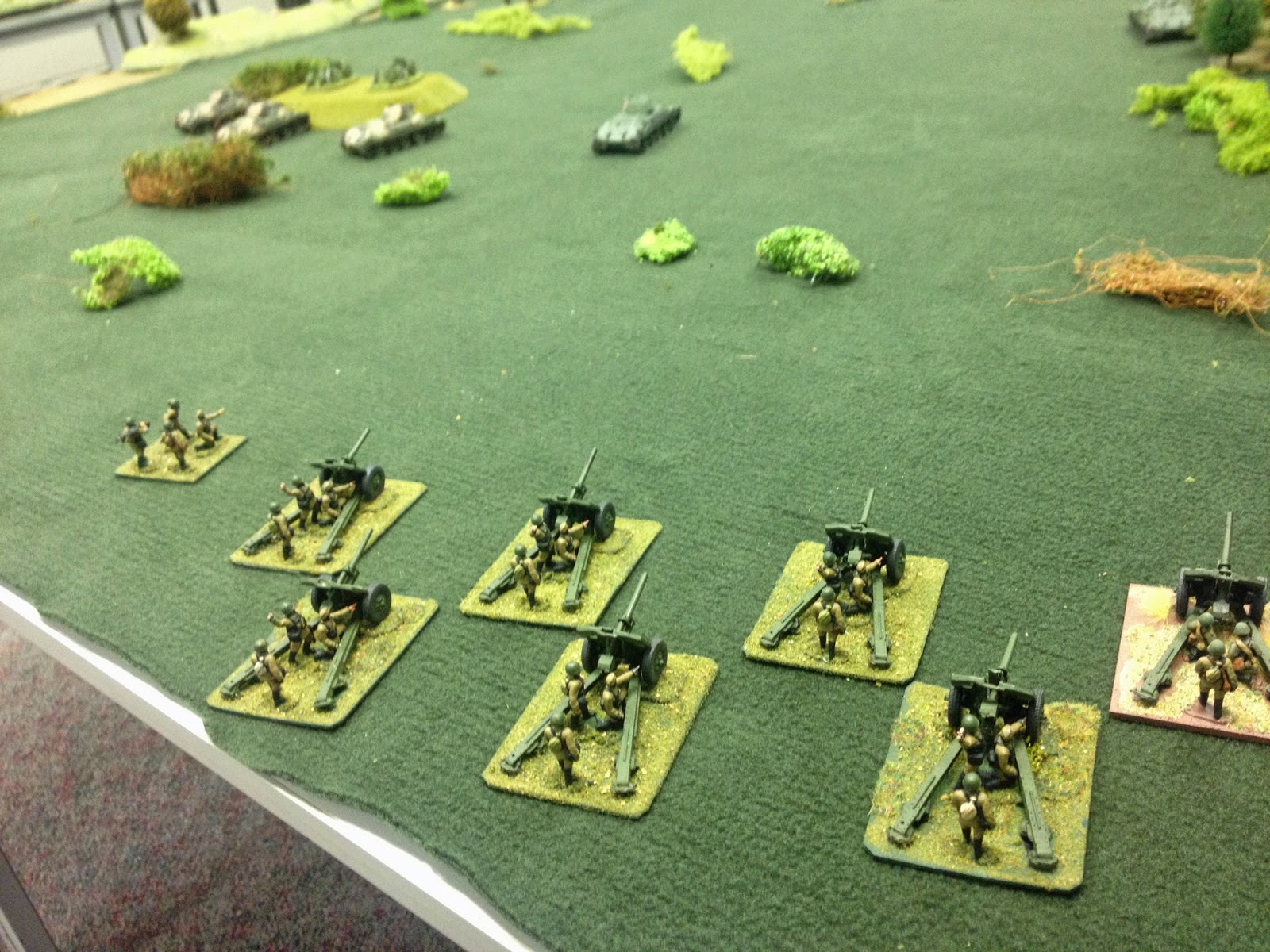 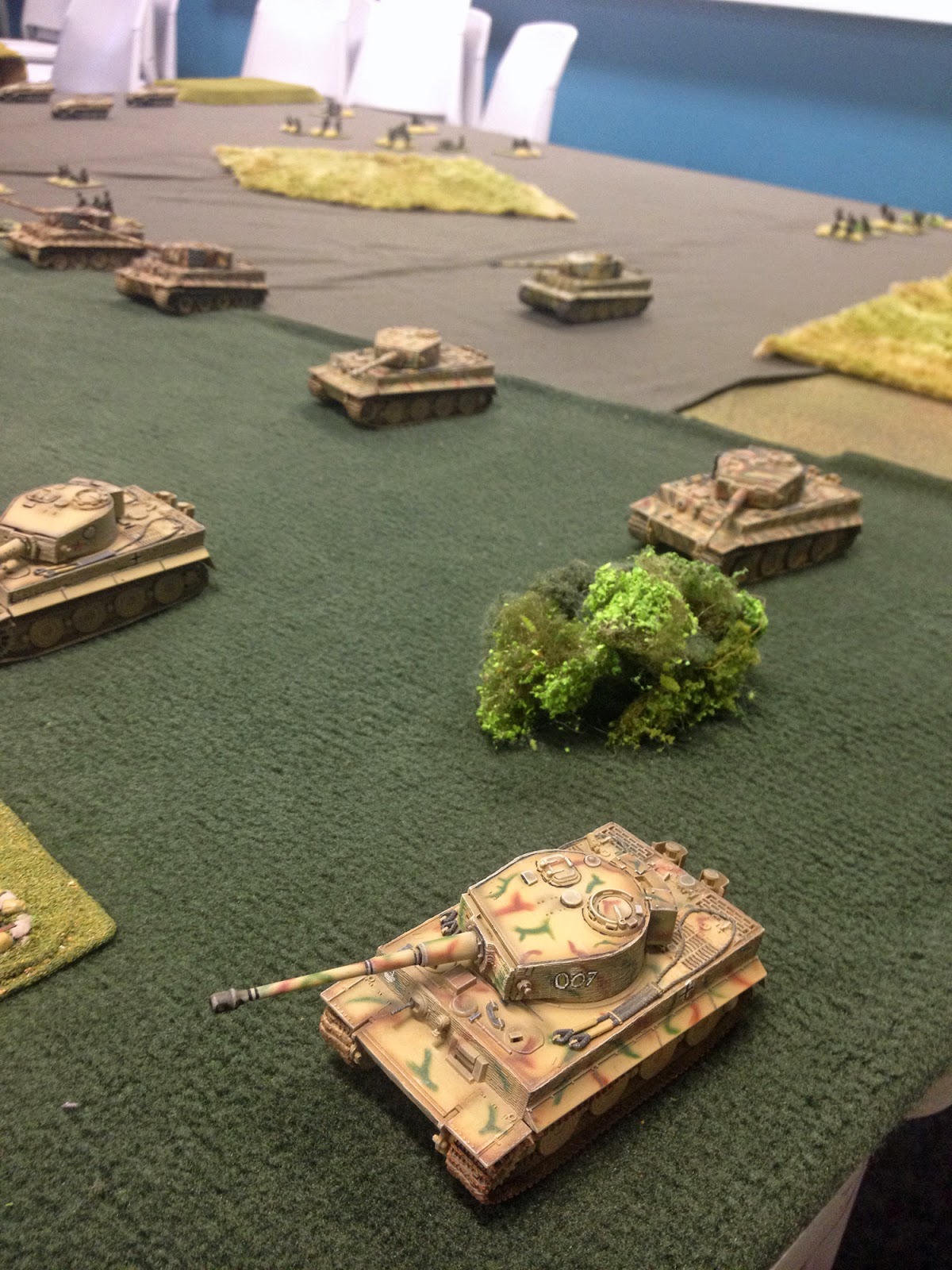 Other tanks. Not Tigers. The ones with skirts are crossdressing Panzer IVs I think. 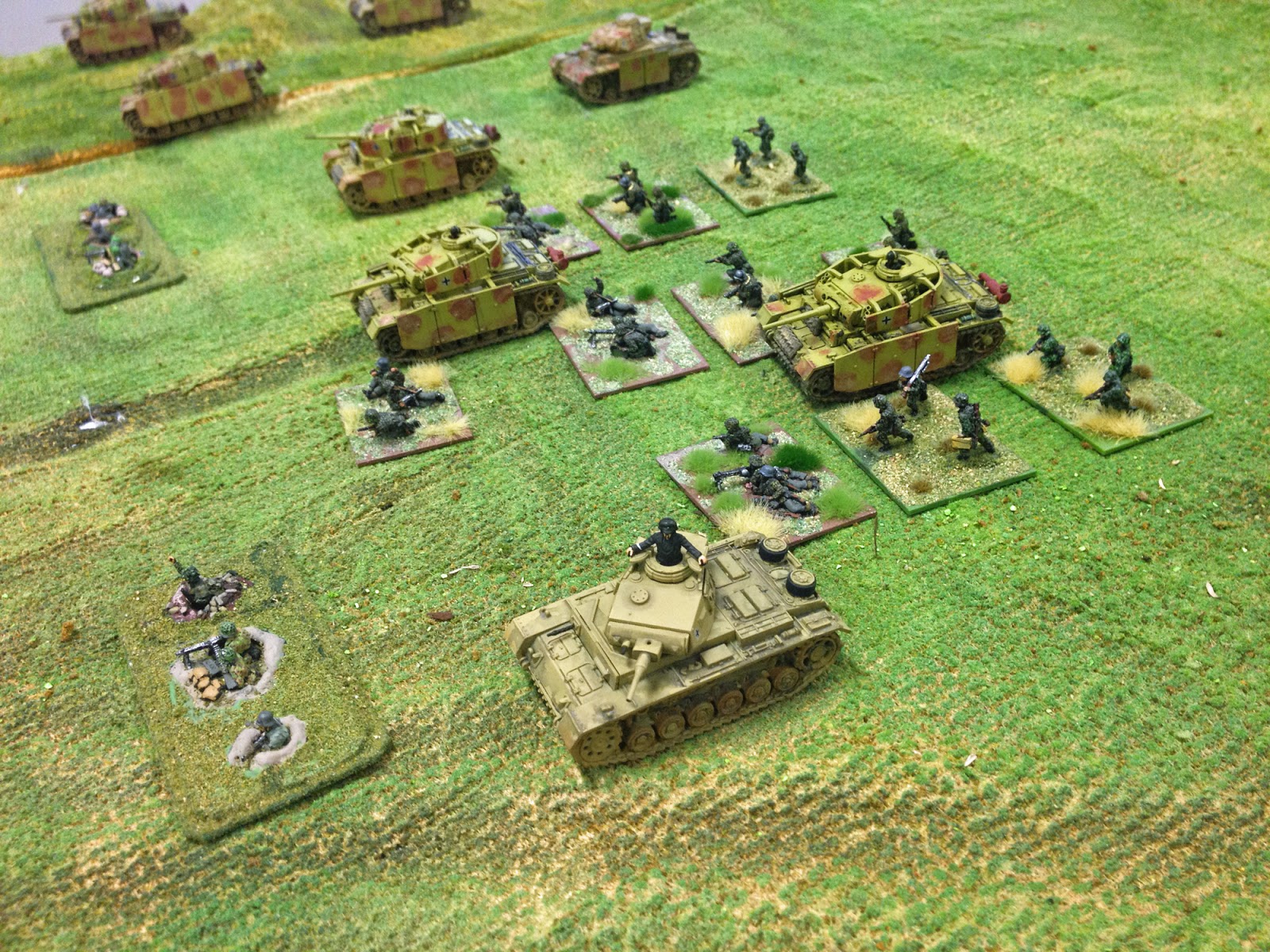 T34s. Most of the Russian stuff was dug in, making decisions about movement pretty simple. 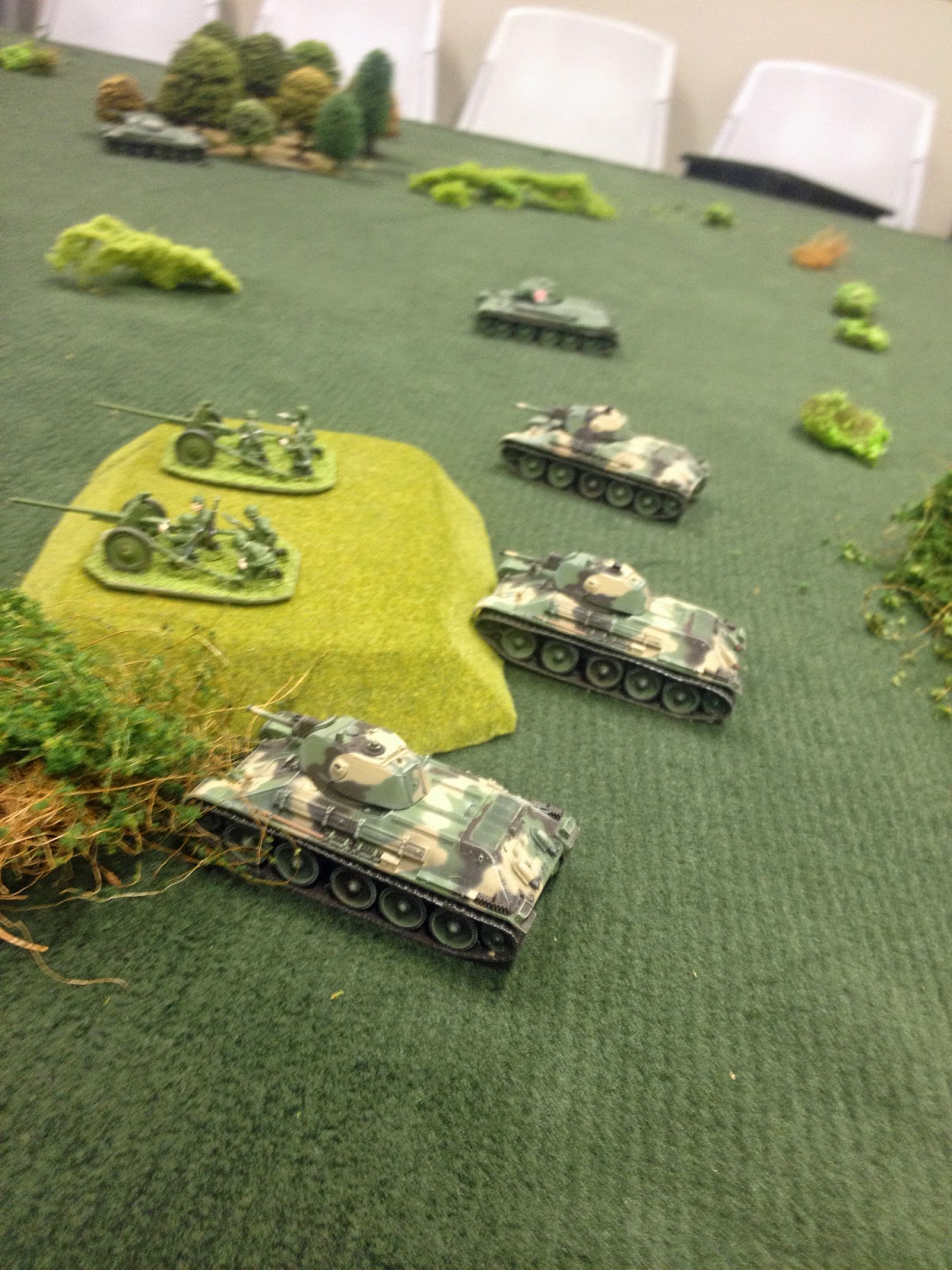 Tigers mill about in an uncertain manner, whilst some Russian infantry watch from a field. 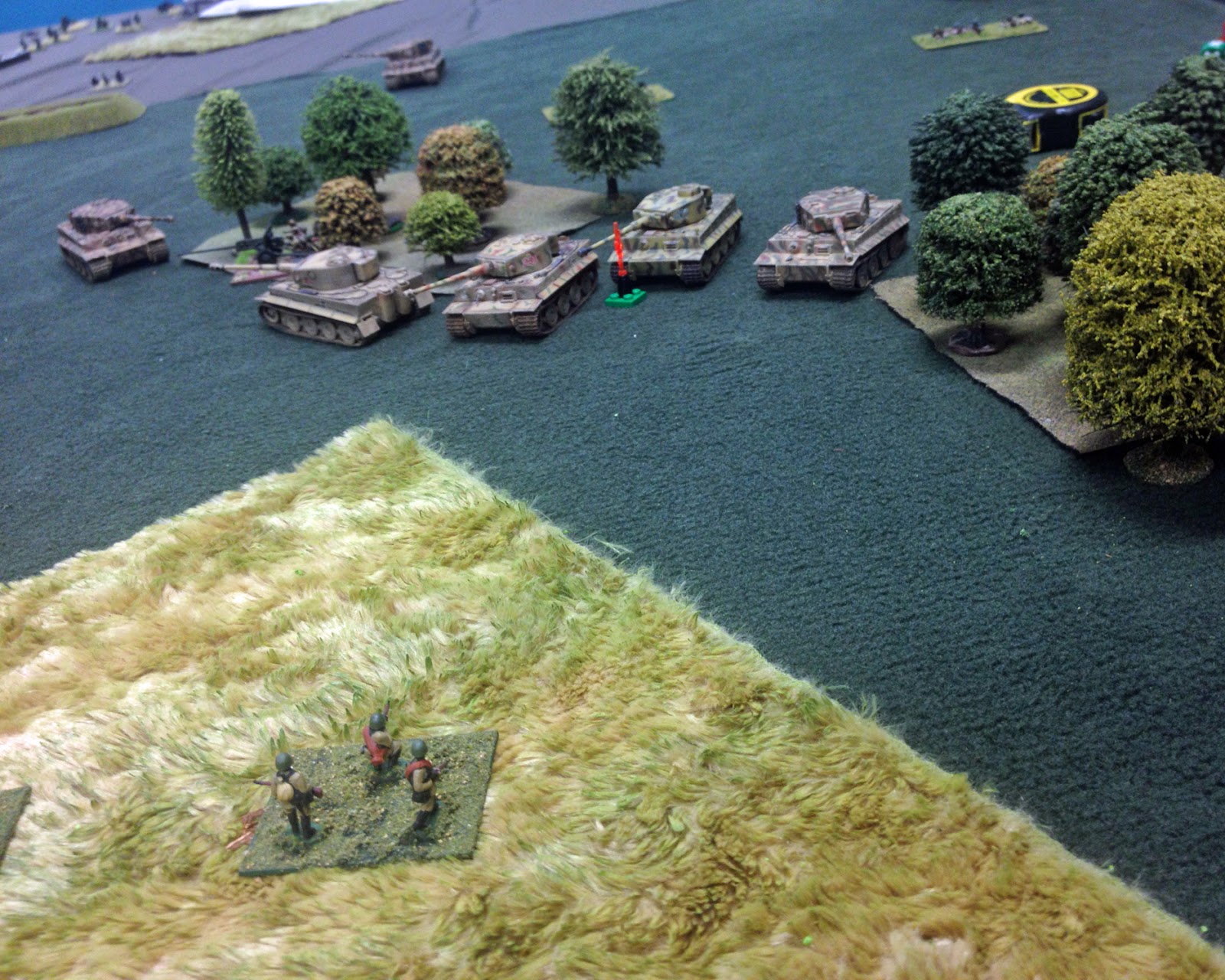 The scenario was glorious to look at, but probably too big for an evening's play with people who didn't know the rules. The two problems I had were that the command points didn't really give either side enough to do in a turn - most troops sat around watching the battle, and we had at least one situation where German units drive through a line of Russian troops who didn't fire at all because there were no order to do so. In addition, whilst none of the rules seemed that complicated in themselves, there seemed to be a lot of checks and tests within a particular procedure. And quite often it still produced little in a way of a result. It was like playing Rapid Fire, but fiddlier.

At the end of the evening it looked like the Germans, although driving forward, were going to be hard-pressed to both take the hill and clear the surrounding area of Russians as well. So, a Russian victory of sorts.

Update; Ralph's post HERE has more detail on the set-up and the thinking behind the scenario.
Posted by Kaptain Kobold at 09:07