I was looking through my Flickr account the other day when I came across this set of photos I'd done about ten years ago of my 15mm Boxer Rebellion matched pair for 'Hordes of the Things'.

The basic lists for these armies can be found on Page 77 of the v2.1 of the rules, so I won't repeat them here. The lists also have the notes on the various abilities attributed to the troops by Chinese writers at the time.

Tigermen and musketeers. Although historically the Tigermen appear to be skirmishers of a sort, I run them as warband, because they look like they ought to be. The Imperial musketeers are shooters. All of these figures are from Irregular Miniatures. 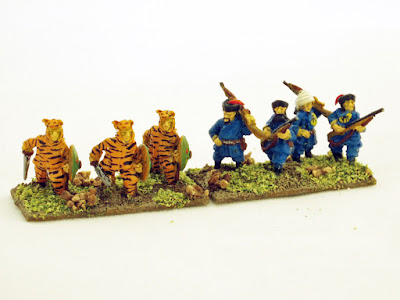 Peking Boxers. They were said to be 10' tall and bulletproof. I used 25mm figures from Irregular's Ancient Chinese range for these sword-armed heroes. Flanking them are the rank and file. They are based as hordes, and that's how the list does them and how I originally ran them. However the army performed badly against its historical foe with hordes, so these days I run them as warband, albeit on a very deep base. Again the figures are from Irregular Miniatures. 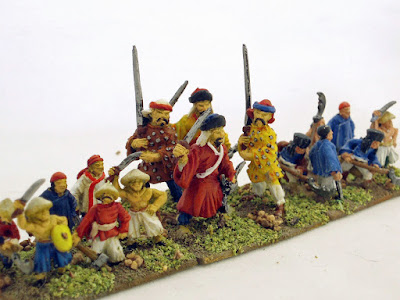 The Boxer commander is also a warband, and is based as such. More Irregular Miniatures. 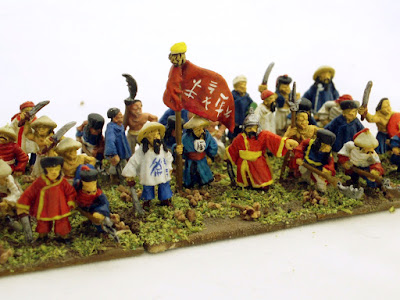 The feature elements of the army are the Red Lantern Auxiliaries; women possessed of awesome magical powers. This one can fly so is a ... flier. She's a 20mm figure from Atlantic's Maoist Chinese set (yes, they did such a thing). She was originally seated in a rickshaw, which brings us to ... 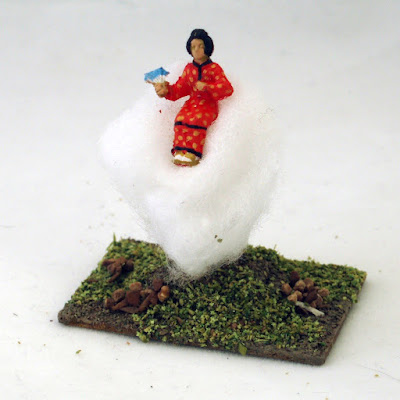 ... the other Red Lantern. I left her in her rickshaw. She's the army's magician. 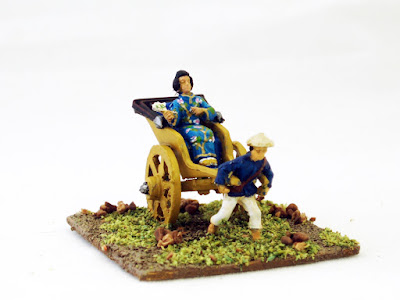 Finally the army can call on the aid of Guandi, the God of War in his golden armour. Guess what he is. Aside from being an Irregular Miniatures 25mm Chinese general. 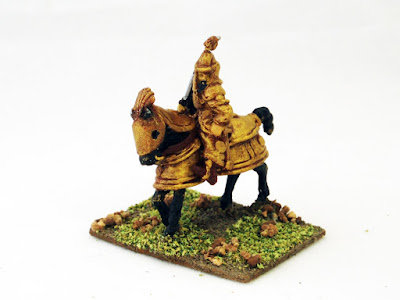 Opposing the Boxers are the Foreign Devils. These are primarily from Tabletop Miniatures' Boxer range. I wanted to do one element to represent each nationality involved, but I ran out of elements, so I'm afraid fans of the Germans and Austro-Hungarians will be disappointed.

These are the Russians and the Japanese. Solid and reliable, they are blades. 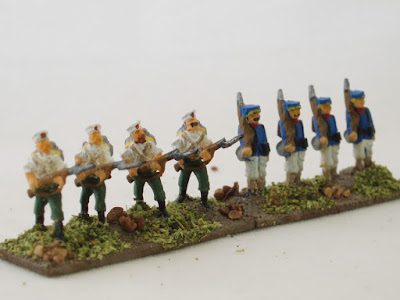 There are two elements of British troops, representing a mixed party of Royal Marines and sailors. Fearless, and always ready to bring the fight to the enemy, they are warband. 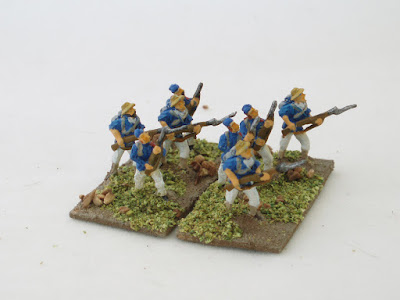 Less gung-ho are the Italian Bersaglieri and US troops. Skirmishers by nature they are classed as shooters. 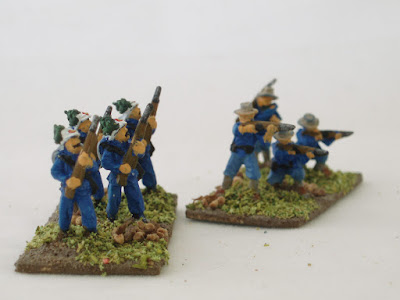 The army's cavalry is provided by the Bengal Lancers. I think these are Tabletop figures, but I'm not sure if they originally had turbans or if I added them myself. Anyway, they are knights. 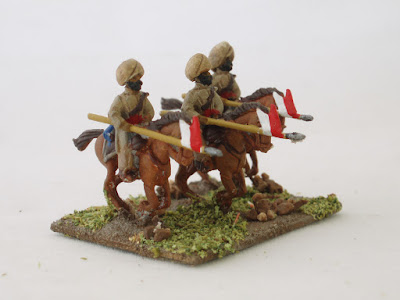 The general for the Foreign Devils supervises their artillery. But who are those ladies next to the gun? And why are they naked? 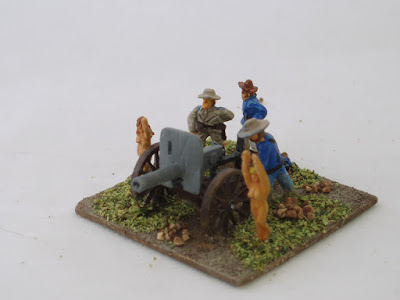 It was well-known that the Foreign Devils disrupted Boxer magic by means of naked women, so the army includes an element of naked women. they are from Peter Pig and are classified as a cleric. 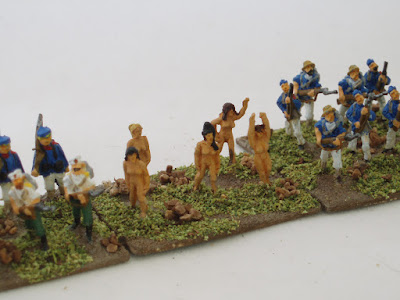 The army actually includes a real-life cleric. This is Bishop Favier, who led the defenders of the cathedral in the north of Peking and was apparently the incarnation of a 200 year-old devil-prince. I generally run him as a paladin, but he would work as a hero as well. I have no idea of the origin of this figure; I think it was in a mixed bag I got on a bring-and-buy. 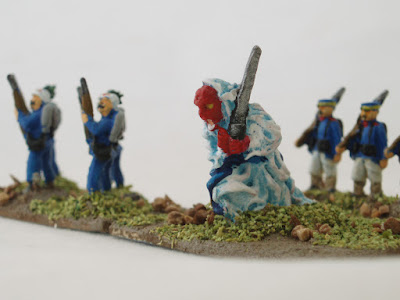 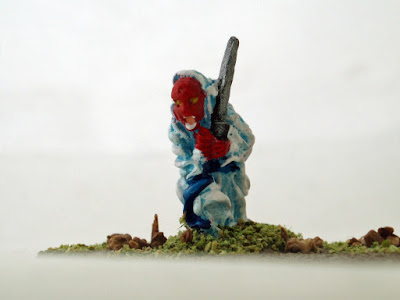 To be honest I find that the Foreign Devils generally get the better of most games. More so when the Boxers were bulked out with hordes, but still with them as warband. I think their troops combine together better, and with both a paladin and a cleric they can pretty much nullify the Boxer's magician  for the entire game; for the Boxers to remove both causes of magical disruption they pretty much have to eliminate the Foreign Devils' army. One possibility is to run the Bishop as a cleric, but drop the element of naked women (using the figures elsewhere in the army) and add 4AP of new troops.

Still, these armies have seen good service over the years, particularly the Boxers, who predated the Foreign Devils by a while.
Posted by Kaptain Kobold at 14:27