Having missed Thursday night's wargaming because my wife wouldn't let me out into the Rainstorm of the Apocalypse, I was keen to get in some gaming this weekend when Caesar invited me around to his place for some HOTT. I took my new Daenerys Targaryen army with me, since it was still unblooded. Caesar used Prester John, which happened to be sharing the same box.

Prester John defended, and Caesar laid plenty of woods to slow down the Targaryen dragons, who arrived very promptly. 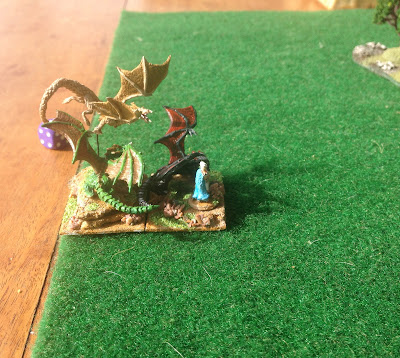 The armies closed through the gaps in the woods. In the centre the Unsullied faced Prester John's knights, whilst on the one flank Prester John's native allies and the war-elephant moved to counter the Dothraki riders. 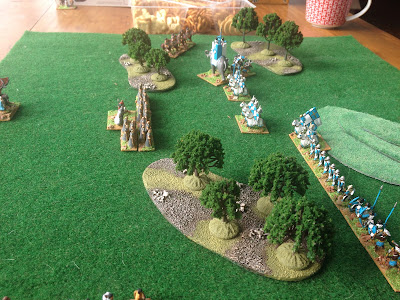 The Unsullied advanced, with the dragons moving up in support. 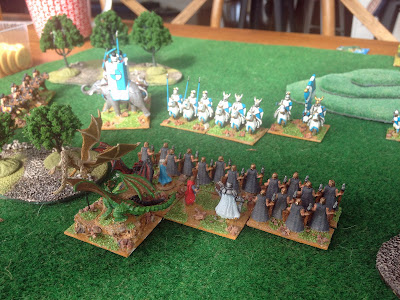 The first combat was on the flank, as the Dothraki held off an attack by the elephant and the natives. 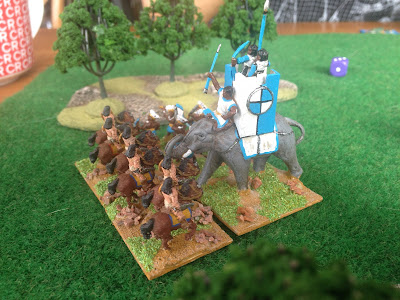 Daenerys led her dragons behind Prester John's army, ready to turn any retreats into fiery routs. First to fall were the native allies. 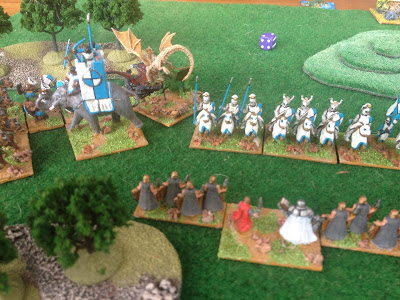 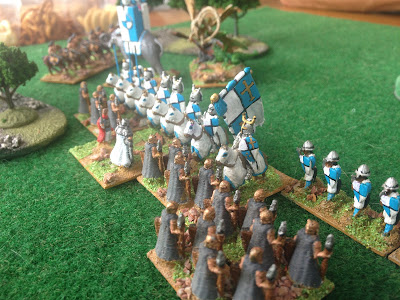 The dragons moved in behind the knights ... 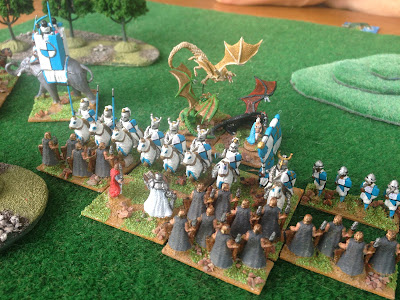 ... and a push from the Unsulied saw them all destroyed, along with Prester John himself.

A victory for Daenerys Targaryen in her first game. 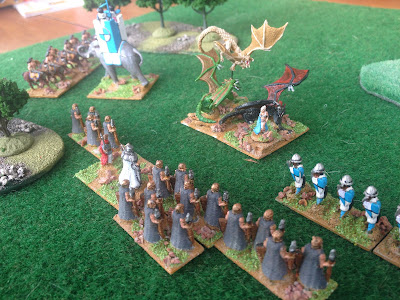 In the second game Caesar defended with Prester John again, in an equally dense terrain. 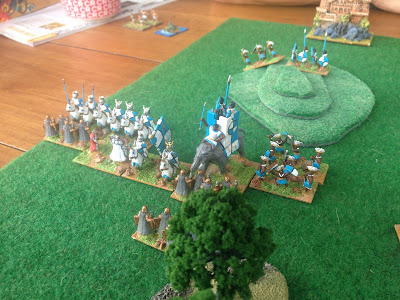 Daenerys's forces swung around to surround those of the African legend. 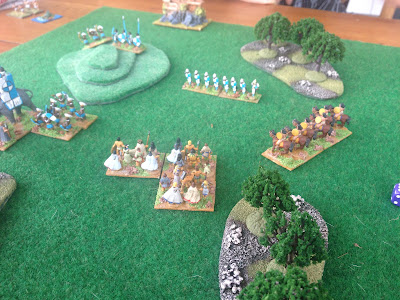 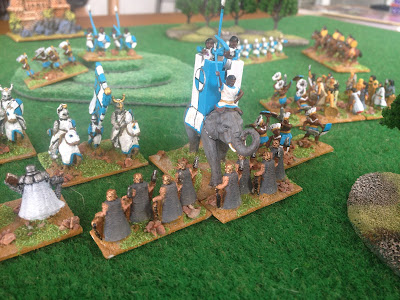 Heroic fighting saw the knights driven back, and Prester John isolated from his army. He was killed. 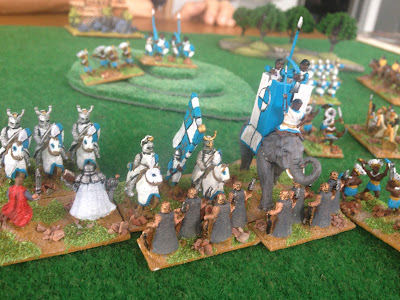 More Unsullied fell to the elephant, but others drove it back into the woods where, in its panic, it trampled some native allies before falling to a surprise attack by some lurking slaves. 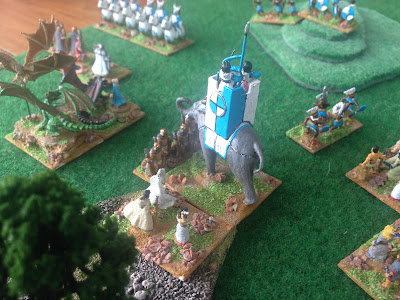 The loss of both their elephant and their general saw Prester John's army break again.

This was a great opening for the Targaryen army, with two wins in two games, even if they were against the increasingly unlucky forces of Prester John.

Thanks to Caesar for tea, nibbles and a tour of his new mansion.

This marks my first 6x6 Challenge game of March - a game of HOTT using a new army.