When I started the Six by Six Challenge a month ago it was on a bit of a whim, and to be honest I had no idea how I was going to track it. I just wanted a challenge which would encourage blog posts in which people played with their toys, instead of ones just showing us how they painted them.

Rather more people than I anticipated said they'd give it a go and you can find the list of names and blogs HERE. I have done my best to track the overall progress each person has made in that post, but I thought I'd do a post like this each month so you can follow people in bite-sized chunks, as it were.

So here is January's progress update.

I have mostly been playing Galleys and Galleons this month. I had a spare slot in my list, bought the game at the start of the year and realised it was one I was going to enjoy playing. So I added it into the list. It was a good choice; I played the committed six games, and more, in just over a couple of weeks. Saying that, it's all I did manage in the challenge this month.

I think the sixth game I played - The Flight of the Ophelia Victrix - was my favourite, partially because it was a delightfully bonkers setup, and partially because I enjoyed creating the backstory that went with it. 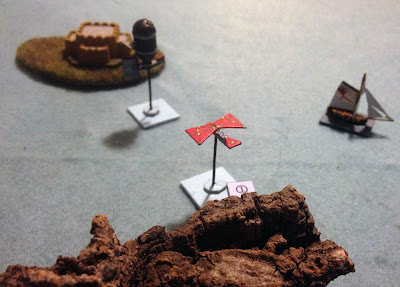 And how have other people been doing?  Here's the list of participants with the games they have chosen, and links to what they have played this month. I have marked games which have been completed in red:

Brian Hamilton - By Brush and Sword

Phil Saunders - A Game of Bones

As you can see, some people have cracked on and played lots of games, whilst others haven't troubled the scorer at all. Anyone who has managed three games during the month is on target; more than that and you are ahead of the game. Three of us have completed the challenge for a single game: myself with Galleys and Galleons, Nate with Clobberin' Time and Peter with Dux Bellorum.

I shall pick a few personal highlights, but encourage you to go and browse the rest of the games yourself.

I love to see people playing and reporting their own rules, and Shaun does a great job, with very detailed write-ups which explain the mechanisms in play. Here's his WWII game, 'Advance to Cover' in action. 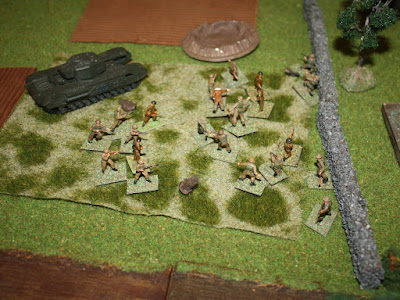 What I like to see more than other people designing and playing with their own rules is people using rules I have designed. And Nate has done just that this month, with six games of my superhero rules, Clobberin' Time. This one not only has superheroes and villains, but also animated snowmen and dinosaurs. Perfect. 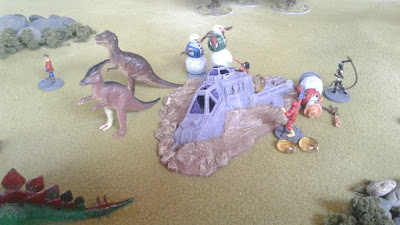 I love the old school figures in use in this game. 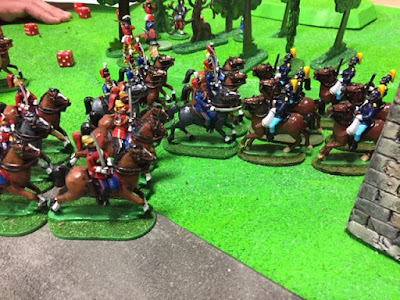 Finally, for this month, paper figures. On a grid. 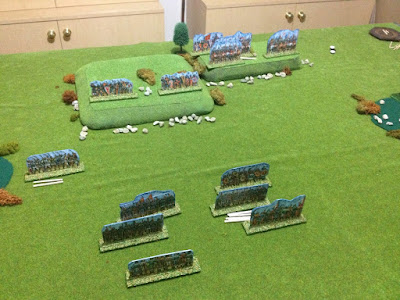 A big thank you to everyone who has taken part. I have read every report posted, and enjoyed each of them in their own way. I'm looking forward to seeing what February will bring.