Yes, we played HOTT last night; it's a good emergency stand-by game for use in a period when people are still off on holiday or otherwise engaged and no-one's organising any big club games.

Caesar and I started the ball rolling. He took my Wildlings, whilst I used Prester John. Since this was the first time I'd used Prester John against a 'live' opponent I have counted it as a legitimate entry for the HOTT component of my 6x6 entry.

The Wildlings defended, and set up a ton of wooded terrain. 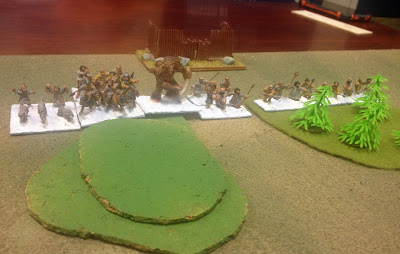 I attacked through the only available open space. I positioned my main strike-force (the knights and elephant) on the left, for an attack on the Wildling general. 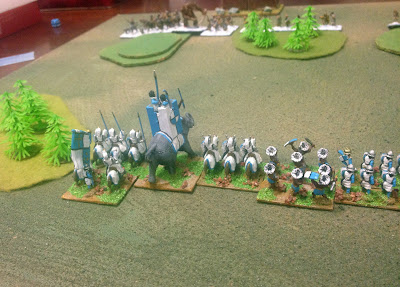 This lined up quite well ... 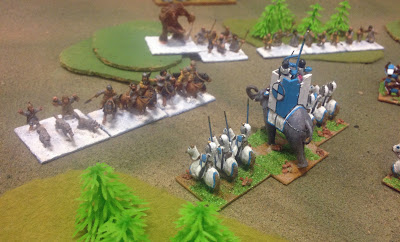 ... until Caesar reorganised his line, and I found myself with less favourable matches. 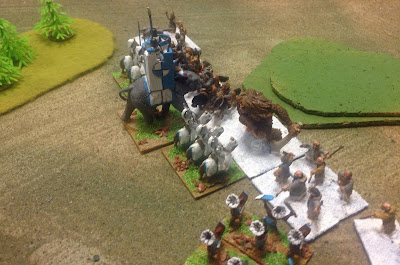 Inevitably we ended up with the traditional behemoth vs behemoth shoving match, with elements of both sides behind them at extreme risk. 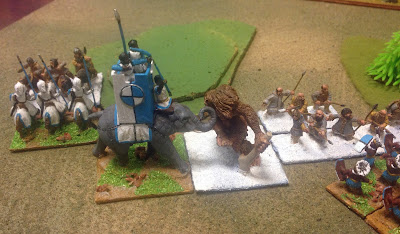 The lines broke up as Prester John's troops fell, and our warband engaged on the right. 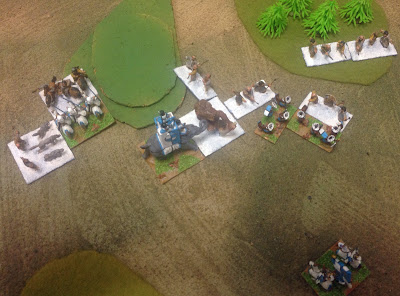 The elephant was surrounded and cut down. 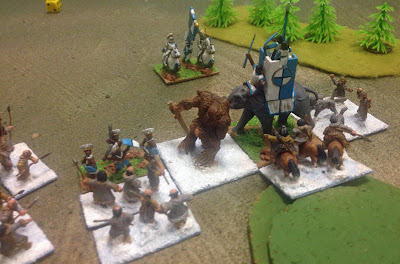 The warband were next, and Prester John's army broke.

Caesar kept the Wildlings for a game against Peter, who was using some Late Romans. The Romans won. 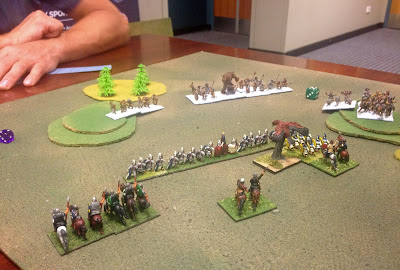 Finally Caesar defended Wonderland against an attack by Sundiata's Malians. 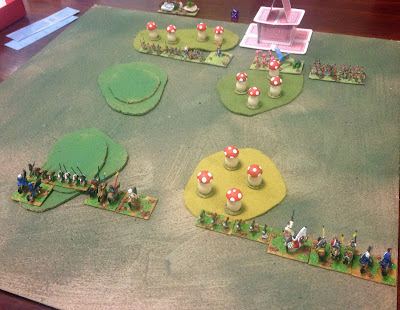 This saw some excellent lurker on lurker action, including an appearance by the Mad Hatter's Tea Party. 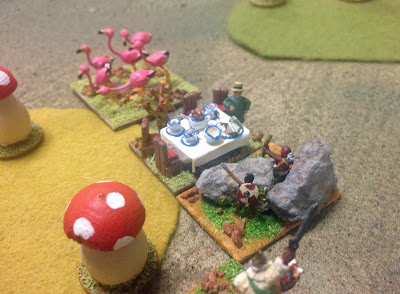 Sundiata charged Wonderland's spear-line, but that didn't go too well. 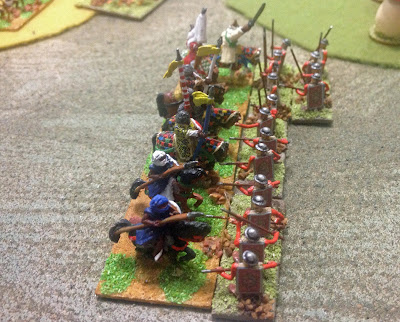 Sundiata made a tactical retreat. 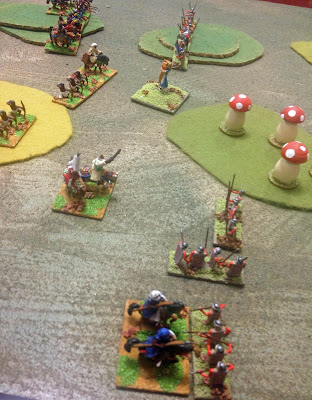 Caesar decided to bring the enormous Alice across to support the attack on Sundiata. But she fell foul of West African archers, and was driven back ... into her own general. The fragile card-soldiers of Wonderland threw down their weapons and fled at the death of their Queen. 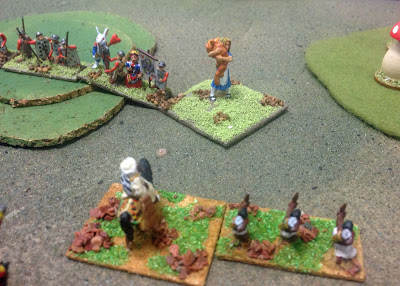 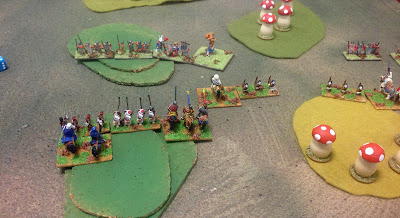 Three great games of HOTT to start off the year.