One of the criteria I set for myself in my Six By Six Challenge entries was that although I had selected HOTT as a game, I could only include armies that were new, or rejigged to a reasonable degree. This is to stop me playing six games of HOTT in an afternoon, and claiming all of the plays in one go. I've got to work for it.

But I now have a brand-new Dwarf army to play with, so its first game counts as a Six By Six entry.

My choice of opponents for it is limited; my Mantic Elves or the sci-fi Sororitas Puella Armatura Mobilis. I opted for the Elves. The Sisters can wait for another day. 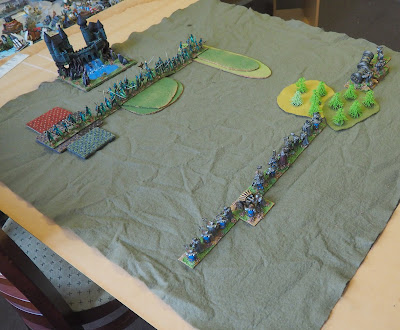 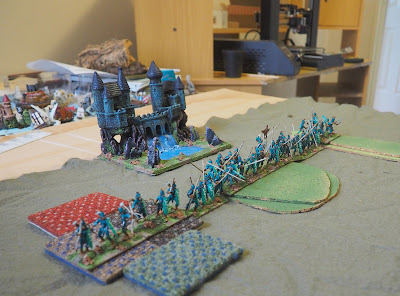 The Dwarves - one solid centre, and a flanking move of knights and a hero. 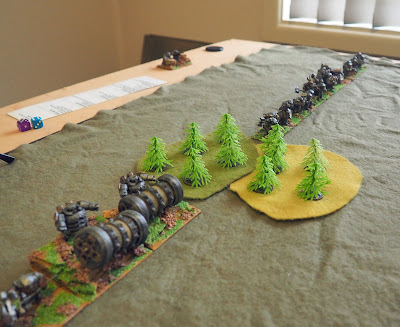 The Elves rushed their warband forward, supported by the hero, hoping to reach the woods and outflank the Dwarven line. 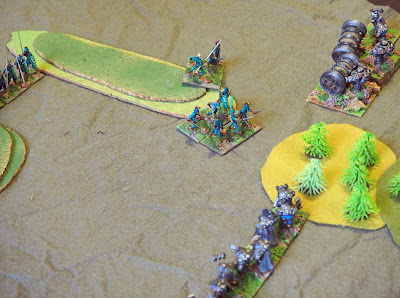 One of them made it before the PIPs ran out. 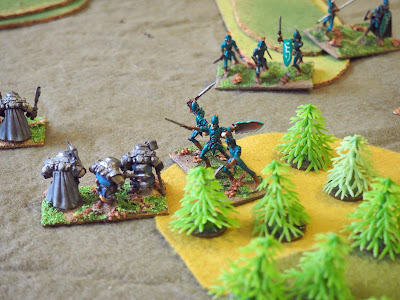 The hero stood alone against the Dwarven juggernaut. 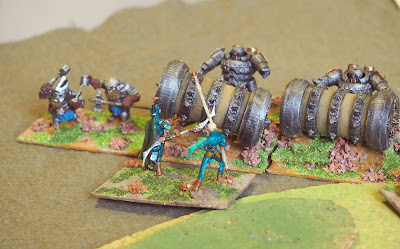 But the Elves in the wood were ambushed and destroyed. 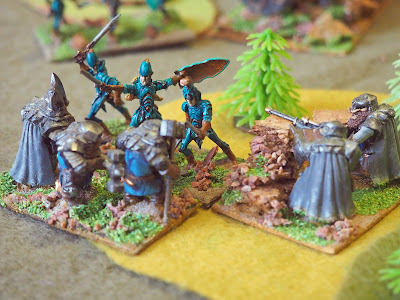 The Dwarves rolled onwards, but the Elves used the hill to hold them. For a while. 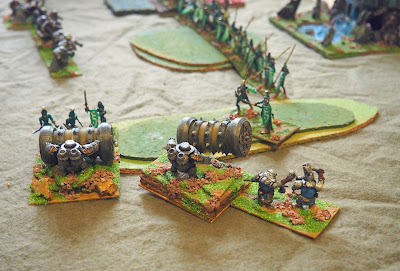 Meanwhile the main Dwarven line had advanced, and the artillery opened fire. 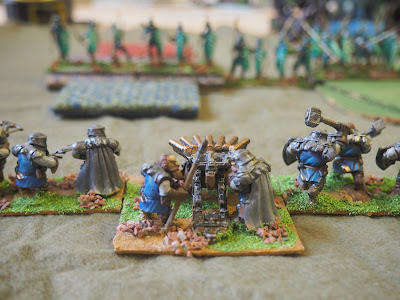 The Elves moved a reserve of spears over to support their left ... 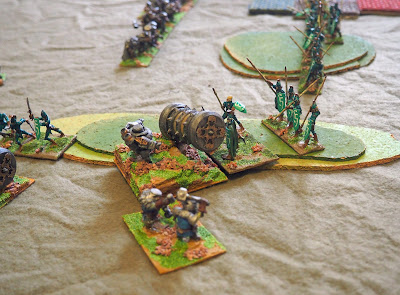 ... just as their hero was crushed by a massive caber. 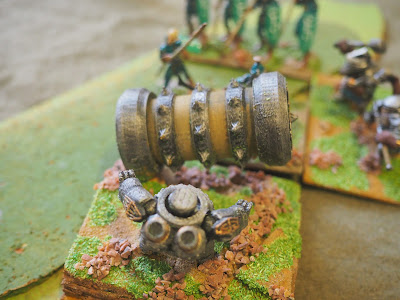 The spears held on a little better. 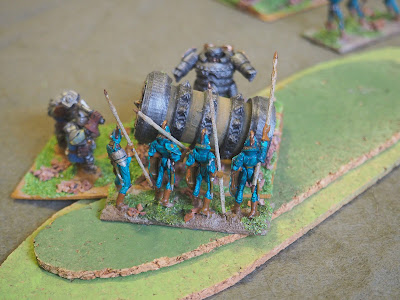 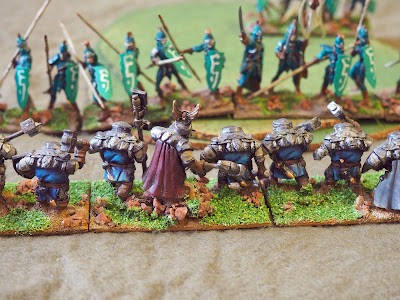 On the Dwarven left their firepower quickly overcame the Elven archers. 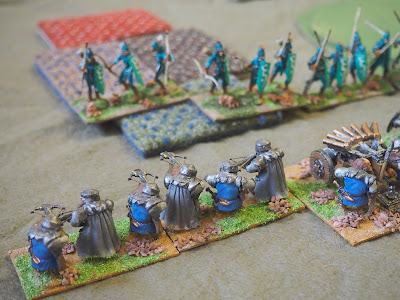 The other group of Elven warband was crushed. 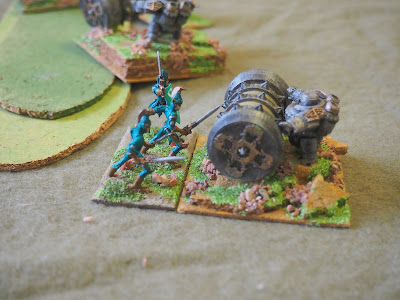 In desperation the Elves charged, but it was too late. 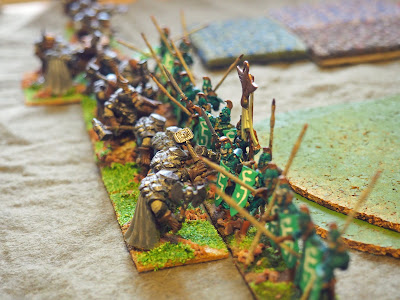 The Elven army broke, having lost 14AP. The Dwarves didn't lose anything. 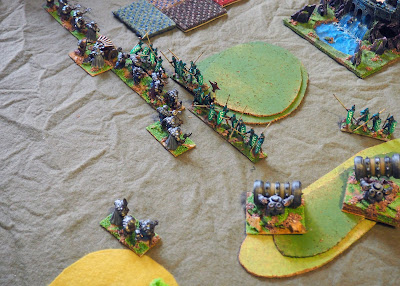 I think the Elves had it tough from the start. Their army was mostly spears, with little in the opposing army for them to oppose at any kind of advantage. I did refight the game later in the day, swapping out two spears and adding in a magician. The Elves defended again, and used more terrain. This forced the battle onto a narrower frontage, allowing the spears to double-rank. It was a much closer game, with both armies one element away from breaking before the Elves lost again.

So a good start for a new army - two games and two victories.