No-one got the No-Prize from yesterday's post, so here's the big reveal ...

The Fury is one of my favourite 'villains' from Marvel Comics - a remorseless organic cyborg designed solely to wipe out super-beings. It first appeared in the UK in the pages of Captain Britain, but has since made it into the mainstream US Marvel comics as an opponent of the X-Men.

As far as I am aware there has not been a Heroclix figure produced for it (I may be wrong), so I decided that I'd have to make my own if I was going to use it in my games.

Here's a gallery of images showing what The Fury looks like. 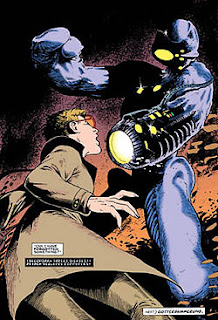 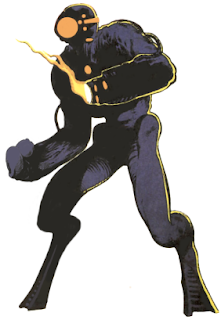 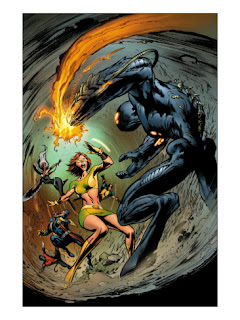 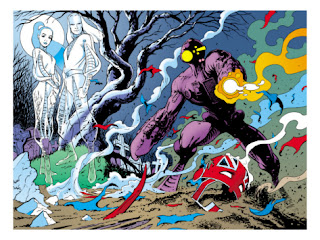 One advantage I had was that The Fury can remodel its body, so its appearance is not entirely constant. This gave me some leeway in terms of how close my end result had to be to the source material. At the end of the day I wanted to make something that someone who was familiar with The Fury would recognise as such.

I did consider making the figure from scratch; The Fury is 'blobby' enough to be produced by my limited Milliput skills. But I decided to cheat and use a base figure. This is the one I chose - a relatively obscure character from the X-Men called Harpoon. 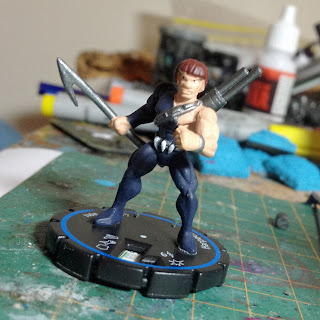 I used a sharp knife to remove his accoutrements (nasty), then chopped off his right hand, left arm, lower legs and harpoon holster. Cut up, the holster proved very useful for detailing the finished model. Part of it was attached to the left arm to form the basis of The Fury's gun, however. I then moulded the pincer-like right hand from Milliput. The lower legs are pieces of florist wire bent into shape, with Milliput packed around them. I used card to represent the 'feet'.

At this point I have formed the basic shape of the gun and started on the legs. No detailing has been added though. 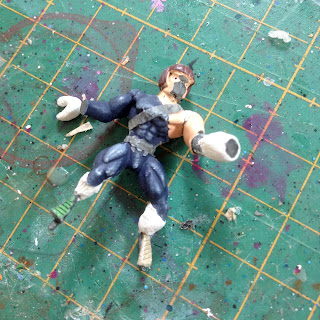 Here's the (nearly finished) model. The biggest change from above is that I chopped off the head as well, and made a new one. The Fury has a simple head with a complex face, and it was easier to build the whole thing from scratch. I used a thin section of the holster to make the big 'eye'. The rest of the face was made from Milliput. Bits of the harpoons from the holster can be seen attached to the body as tubes or sensors. 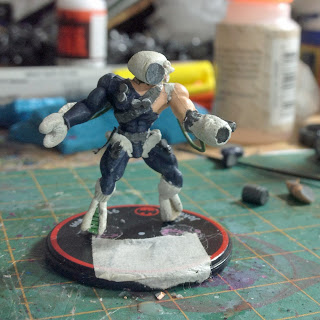 A rear view shows the cables and some of the detailing on the back. 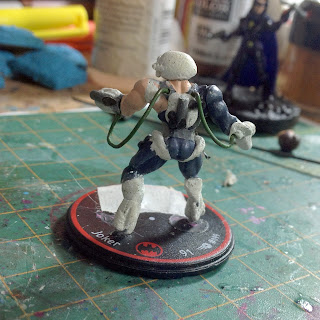 The Fury undercoated. By this stage I had also added more detailing, and had sliced off the back of the head, and rounded off the remainder, in order to give a better shape. 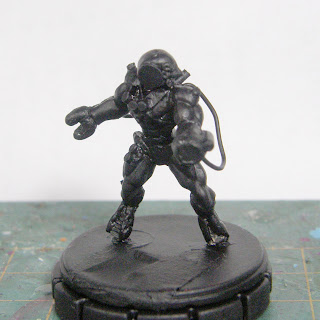 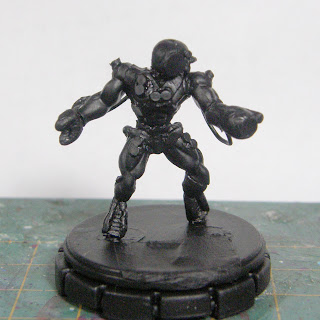 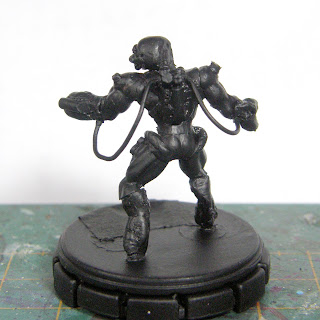 The final result. I gave it a heavy drybrush of purple, then a lighter one just to pick out some of the detail. The  illuminated parts were then painted white, followed by some ancient, semi-transparent, GW yellow paint I have had around for years. 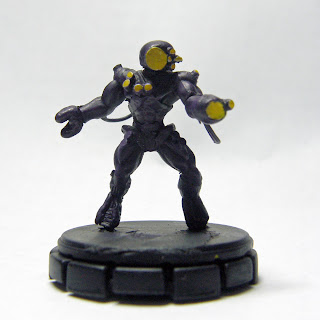 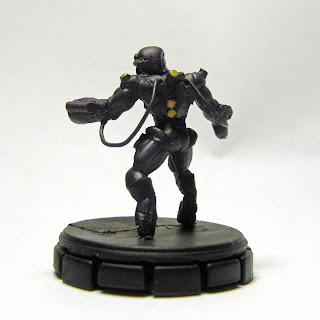 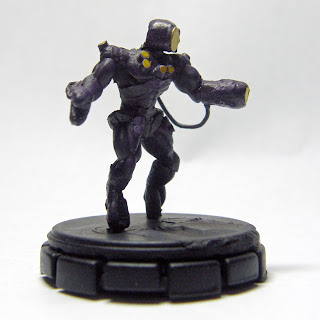 With hindsight it's probably about 5mm too short - I should have been bolder with the length of the lower legs I made. But it's recognisable as The Fury, and that's good enough for me.

The good Captain's in for a tough fight here ... 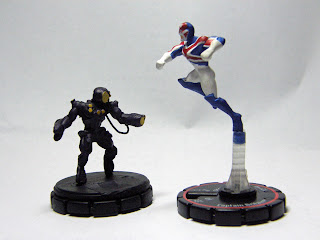