The Army Of The White Witch

In my last post is showed pictures of the Jadis element from my White Witch army. In the comments I was asked if I could post pictures of the rest of the army, along with notes on where the figures came from.

I'll start with some notes on where the figures came from.

In 'The Lion, The Witch And The Wardrobe' there is a list of all of the creatures that make up the White Witch's army. It's long, but the gist of it is that she has a army made up of various Nasties. So, I set out to produce an army containing as many Nasties as I could.

You know when you buy figures thinking 'those will be useful one day'? Well, I had some of those. They were drafted into the White Witch's army.

You know when you buy a pack of eight figures knowing you will only use six for the project you're working on? Well, the remainder were drafted into the White Witch's army.

You know when you just find figures and have no idea why you bought them? Well, the White Witch found a use for them.

And here they are: 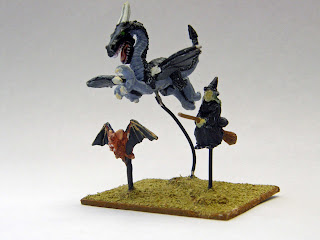 From Games Workshop and Magister Militum 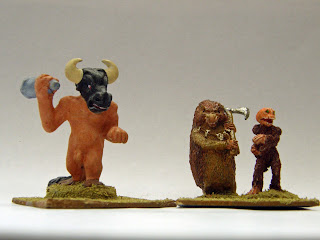 I think the minotaur is from Asgard, but it's a very old figure indeed. I have no idea who made the war-hedgehog, but I think the Jack O'Lantern is from Ral Partha. 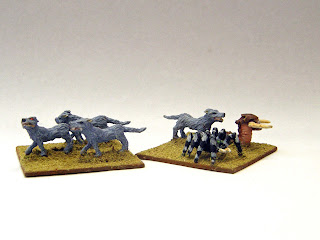 They include Maugrim, who is the Witch's second in command, and who would be a subordinate general if I ever expanded the army to 48AP. The wolves are from Magister militum, whilst the spider and ripper are from Games Workshop. 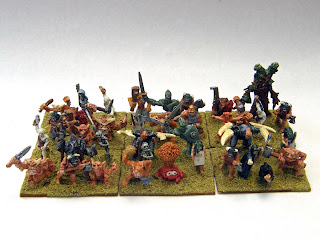 Where to start? There's stuff from Irregular, Magister Militum, Inquisition Miniatures, Games Workshop, Pendraken and Kallistra in there to my certain knowledge. Feel free to look at the pictures and see is you can spot anything else. 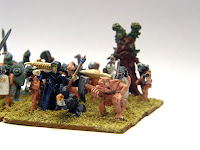 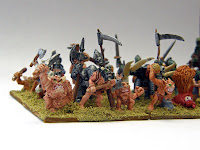 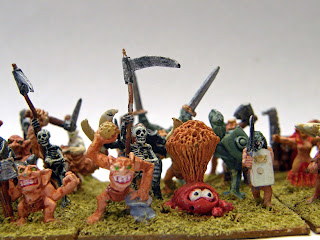 (Click on any picture to make it bigger, even if not better)

And there you have it. The army is: