A couple of months ago I bought a bag of assorted plastic bits and pieces from the toys section of a local charity shop. Most of them were bits of terrain (which, inevitably, I've done nothing with), but there were some plastic dinosaurs mixed in with them. Last night I decided to give them an outing, if only to show off their delightful awfulness. They made a perfect Dragon Rampant warband, especially at the reduce unit size I've been playing recently.

Here they are. In the centre is the leader, Rex - a Greater Warbeast with Fear. The other four were classed as Lesser Warbeasts. This is not a warband for subtle plans, since everything in it is subject to wild charges. 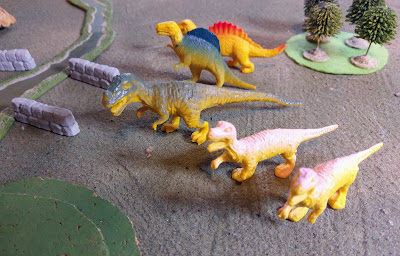 I randomly generated a force from my Temples of Syrinx force, as well as randomly generating terrain and a scenario. I ended up with Death Chase; a force of Syrinx temple-soldiers, led by a priestess have found themselves having to traverse the legendary Valley of Gwanji, and the locals are out to stop them. 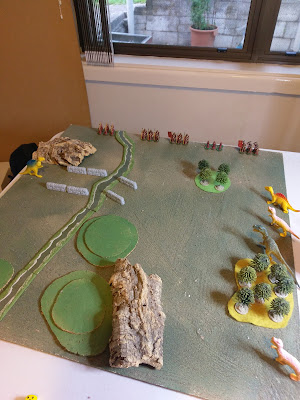 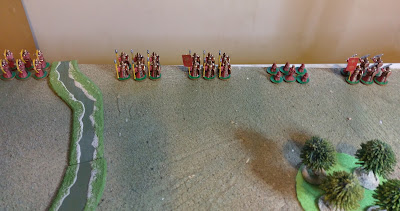 The Priestess and her acolytes - their main weapon is Thoughts and Prayers. 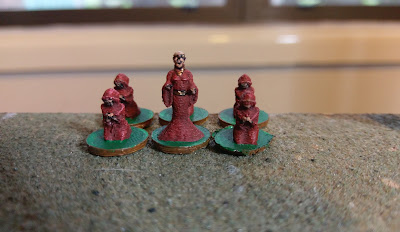 As you would expect the dinosaurs got stuck in pretty quickly. The Priestess used her magic to give her warriors extra defence (the rather useful Stronger Shields spell). 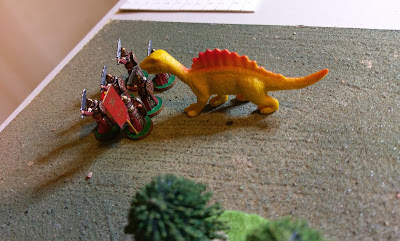 Elsewhere a dinosaur stalked the Syrinx archers. Their plan was to lurk on the safe side of the stream, and pepper any attacking monsters with arrows. One dinosaur was sent to deal with them before they got into position. The archers failed to fire a single arrow before it was upon them. There was a fierce fight, both dinosaur and bowmen fell back shaken, but the archers still failed to fire before the monster resumed its attack and routed the ones it hadn't eaten. 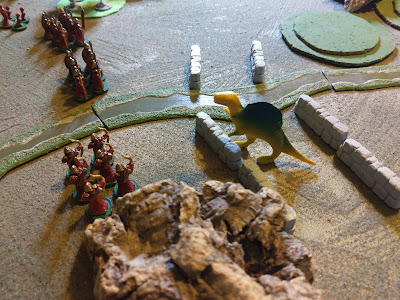 The swordsmen were now under a double assault, but the dinosaurs kept failing their rolls to attack, so they were able to hold them off, killing one and forcing the other to flee the field. 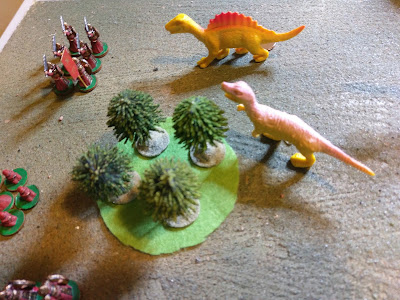 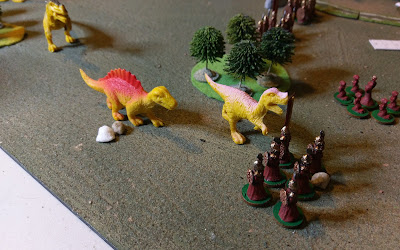 Unfortunately Rex then got stuck in, and the swordsmen were doomed. 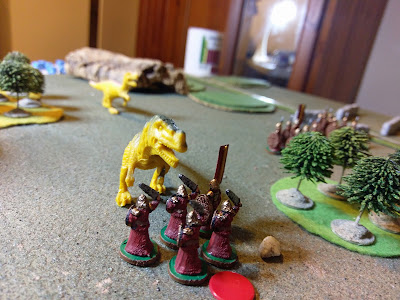 The Syrinx spearmen marched resolutely across the table. One formed a phalanx as it was attacked by a fourth lesser beastie. Rex watched from the sidelines as his minion was repulsed again and again. 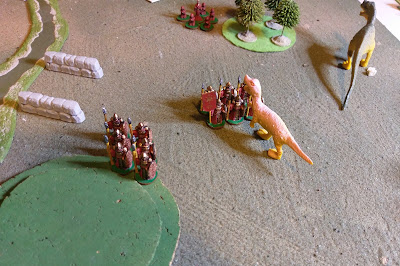 The Priestess was having a tricky time, balancing her need to keep moving with that of protecting herself and her soldiers from the ravening beasts that surrounded them. 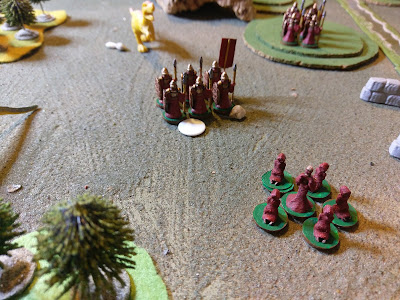 And surrounded they were. 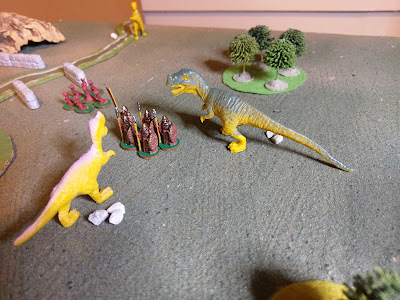 The Priestess deployed her best thoughts and prayers, but as ever such things had no effect and she and her acolytes were rapidly consumed. But maybe there was something to her approach; the attacking dinosaur choked on an acolyte and was also lost. 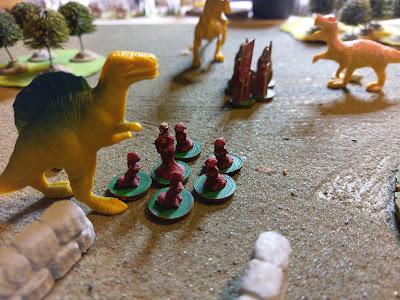 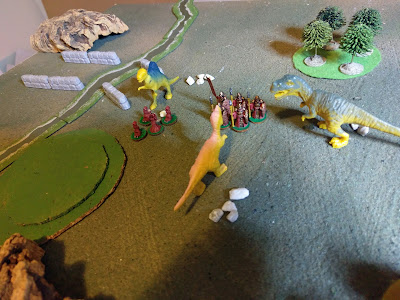 Rex finished off the spearmen, although he died in the attempt. 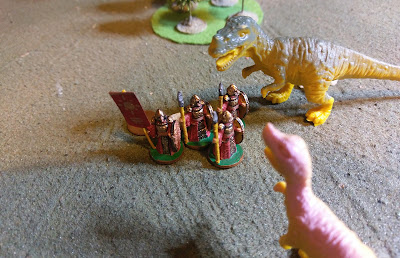 One unit of Syrinx troops escaped. There was one dinosaur left in play. 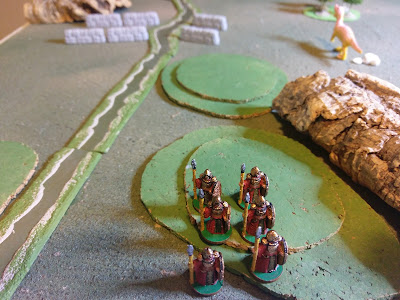 With several unit kills, and a couple of achieved quests, the dinosaurs picked up a convincing win.

They were a fun warband to use, and I'm tempted to give them a decent paint-job and some bases (to make measurements easier to adjudicate) as a reward.