Catherine and I went on an outing today and travelled down to Goulburn. Goulburn is Australia's first inland city, and it our normal stop on the drive down to Canberra. So we've been there a fair bit, but never really visited it; we just stop at The Big Merino for coffee, fuel and a driver change.

So today we visited. Well, the first place we visited was nearby Marulan, a small township which sits on the 150E meridian, and is therefore the only place in Australia which actually truly operates on AEST. It's kind of Greenwich for New South Wales and Victoria. There's even a Meridian monument: 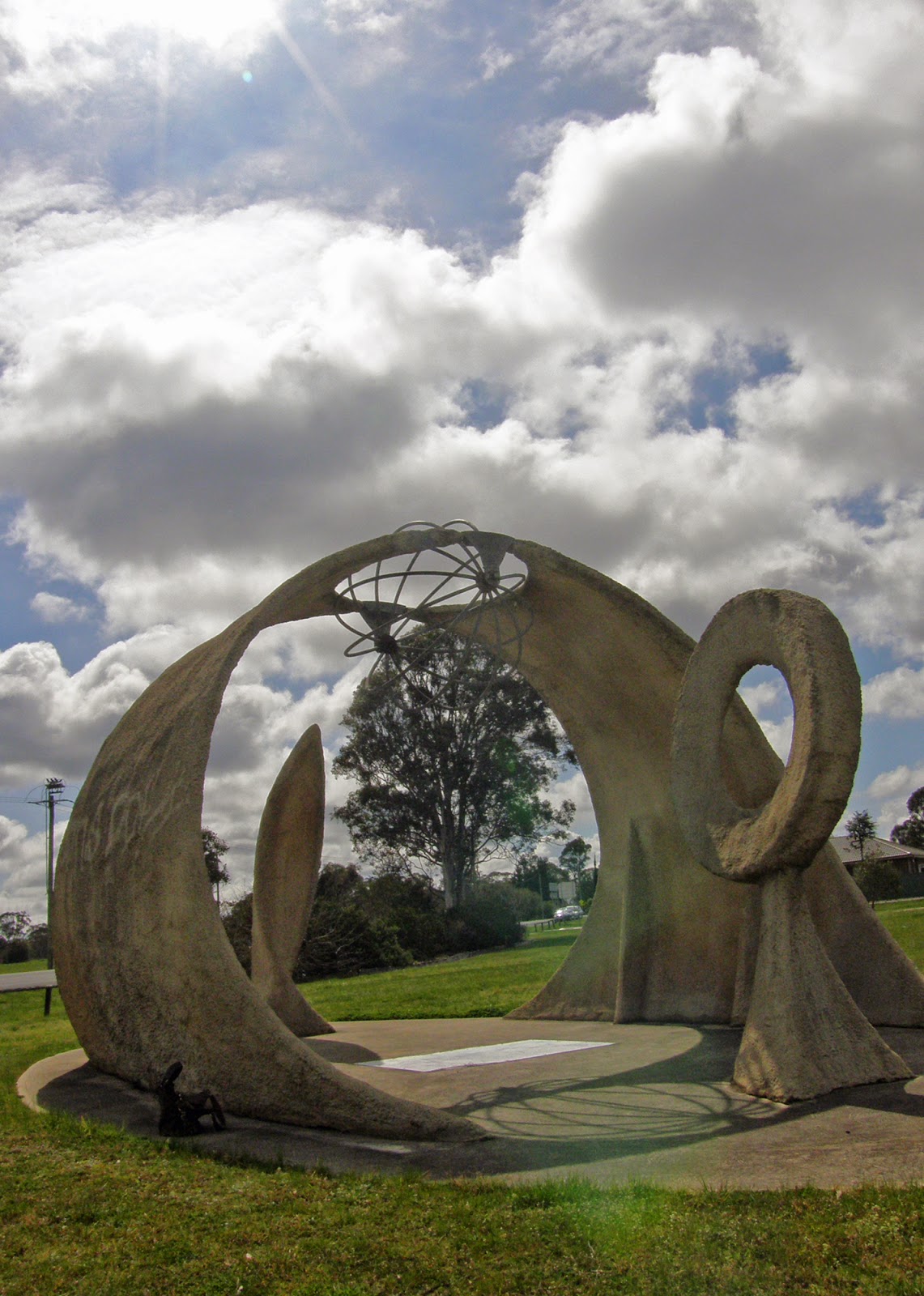 Of course, being tourists we posed in it: 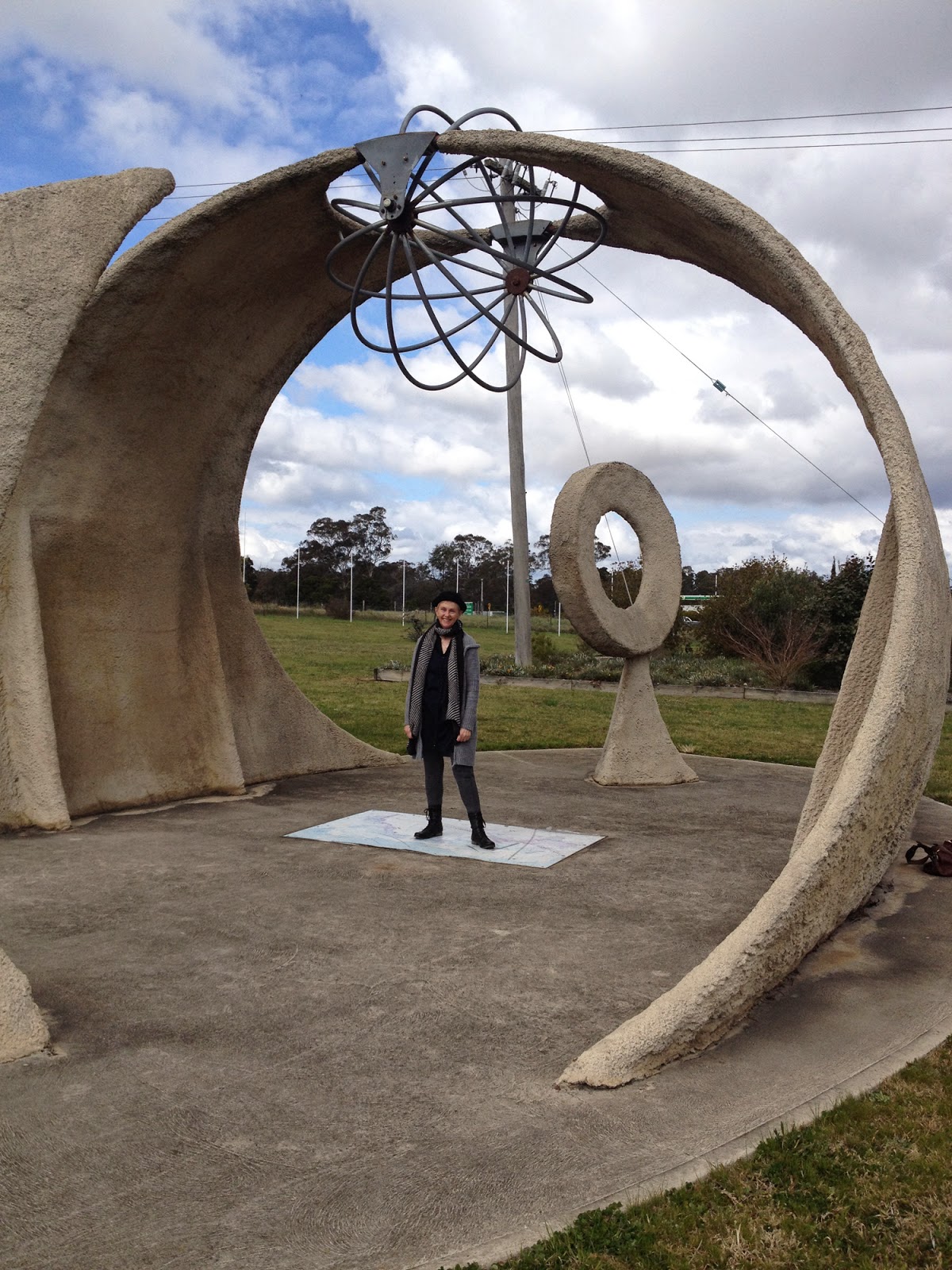 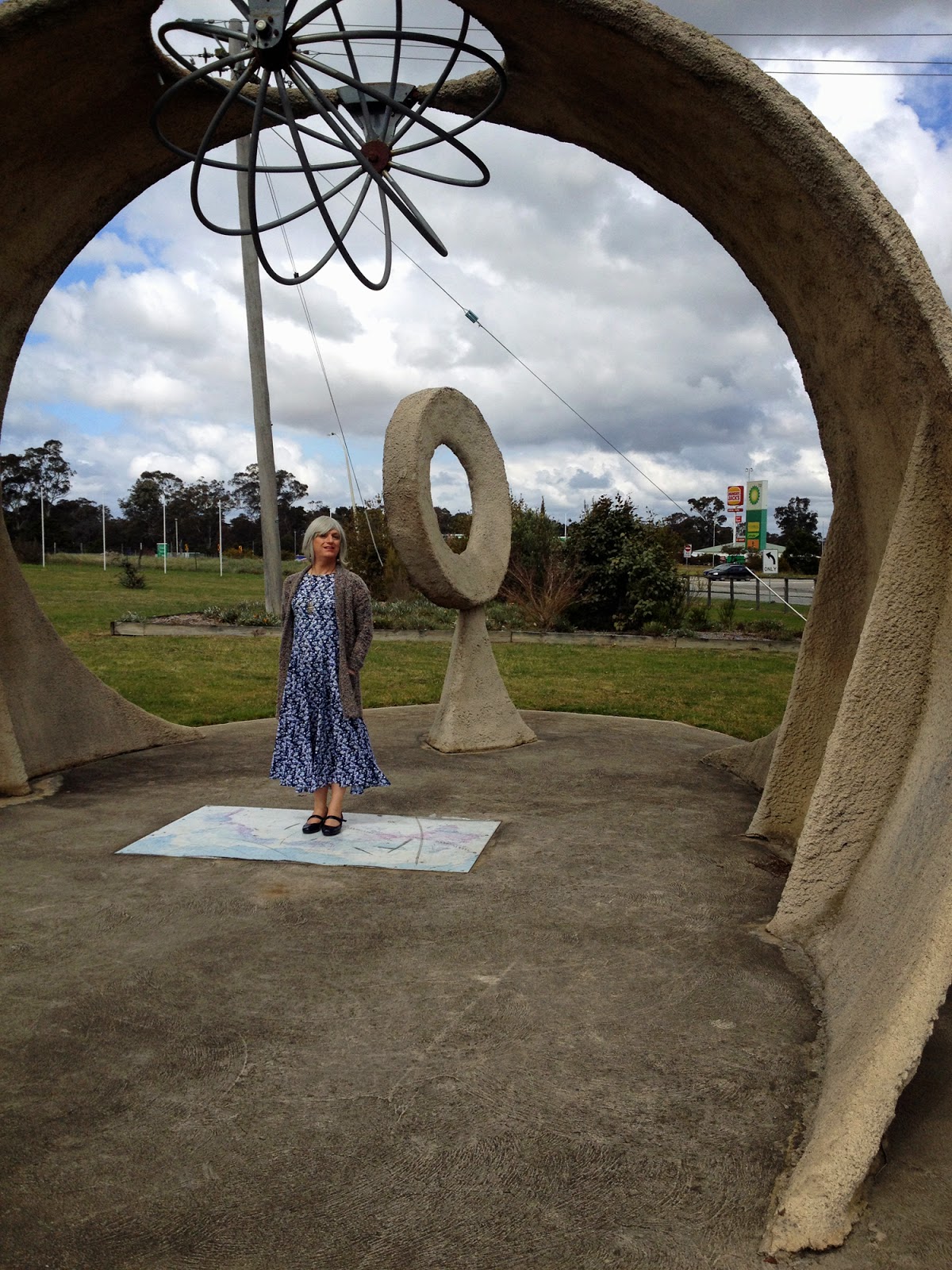 There's a geocache there. We found it. But it was pretty easy.

Then on to Goulburn itself, where we went to the War Memorial. This is located on a hill on the outskirts of the city, and the memorial itself is a tower, with spectacular views from the top. Of which I failed to take any pictures. I did get some of the tower. 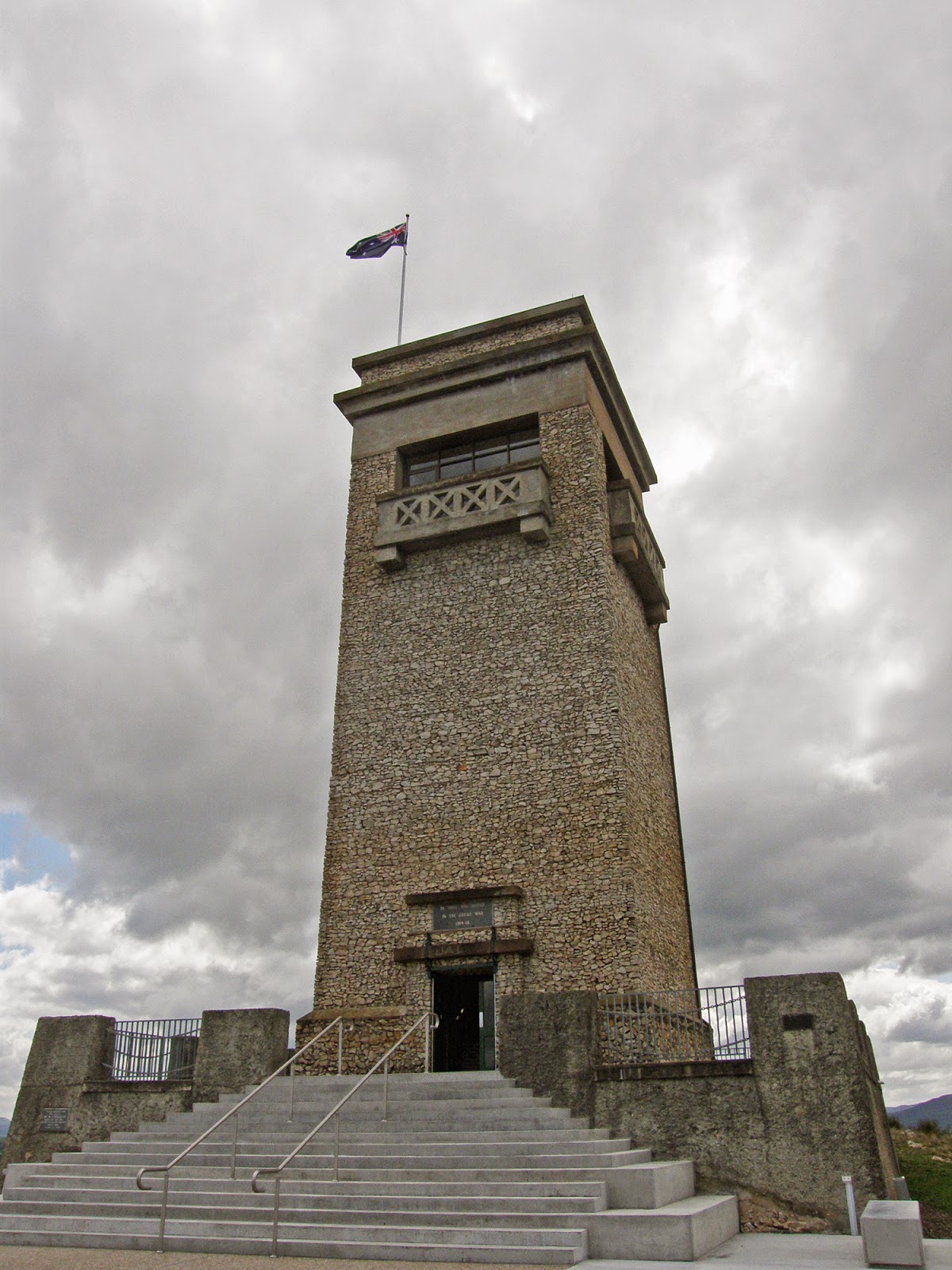 In the base are eternal flames, and a wall with the names of every soldier from Goulburn who served in WW1. The stairs up to the top are lined with photos showing Australia's involvement in WW1. At the top is the view. Which is great. and unphotographed.

Next to the tower is a cottage, which was where the caretaker lived, but is now a small museum. Continuing the theme of the tower, I failed to take any pictures of the artefacts in it, but I can tell you that there's a display on Singapore's Changi Jail, including an original cell door, retro-fitted into one of the cottage doorways, plus collections of things from soldiers who served in WW1, WW2 and Vietnam. There's a few nice uniforms, if you;re into that kind of thing, and an original German WW1 anti-tank rifle, which is an impressively chunky bit of kit. Did I say that I didn't take any photos?

So, if you're down Goulburn way, give the war memorial a look. It's worth an hour or so of anyone's time.

There is a memoria in the ctiy itself, which is now where the ANZAC Day and similar services are held (because the are around the tower isn't suited to crowds). It's interesting for not being buit to commemorate soldier that fought in WW1 - it was built after the Boer War: 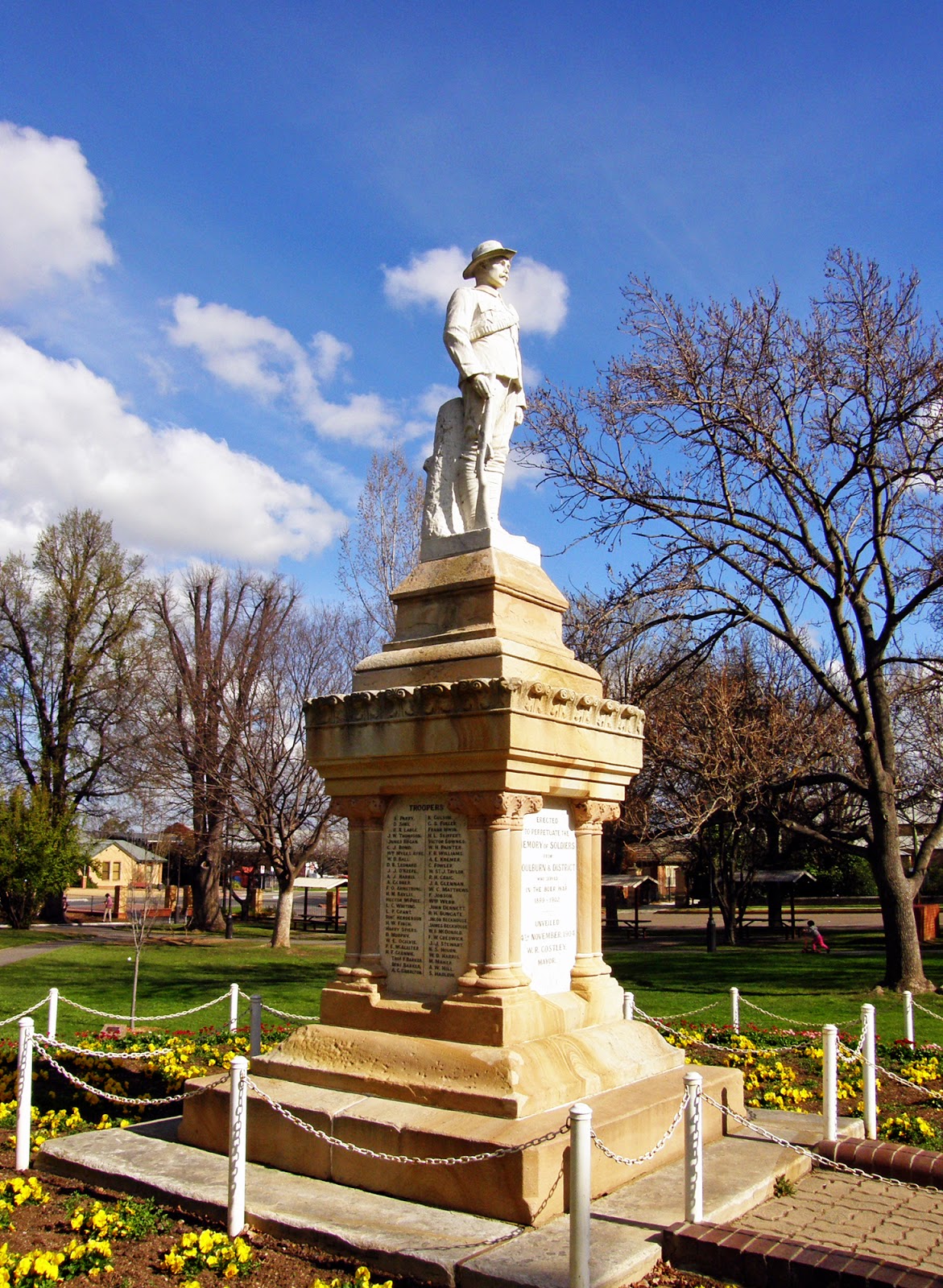 So - Goulburn. It's more than just a 15m concrete sheep just off the Hume Highway.
Posted by Kaptain Kobold at 21:30