Our regular gaming night fell on the 150th anniversary of the Battle of Chickamauga. Whilst we were scheduled to play some HOTT, Caesar and I broke out 'Battle Cry' and played the relevant scenario.

I brought my 6mm ACW figures, which are based for use with 'Battle Cry'. Then I forgot to use them.

The Union right advanced. It advanced a lot; I ended up with quite a few Right Flank cards. We even shot or captured Longstreet. 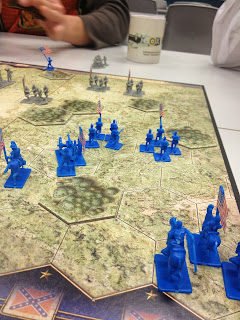 The Union centre - at Chickamauga it's a gaping hole, just waiting to be filled with Confederates. Caesar obliged. 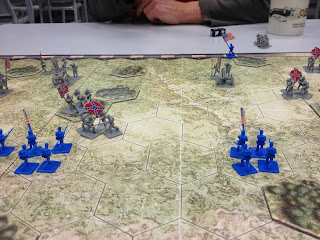 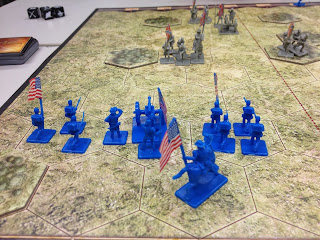 The Union kept advancing on their right. You can see the casualties on the Confederate victory track beyond them. 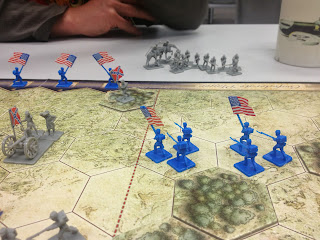 A lone Confederate figure is finished off to give the Union the game, 6 flags to 4. 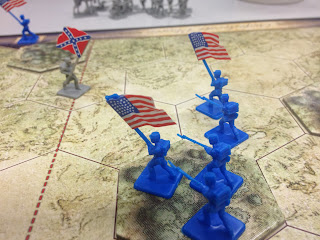 It was quite a fun scenario. The terrain isn't as dense as I would have expected, but the woods do break up lines of fire. The Union need to have good flank cards, as they are very weak in the centre. Fortunately I had those cards. The dice played fair for both of us, being exceptionally deadly.

We considered swapping sides, but ended up playing HOTT instead. But that's for another post.