We played a smallish game of ACW Black Powder last night, based on the fight for the cornfield at Antietam. The rules were generally as in the book, but some house rules (developed for a Gettysburg refight later this year) were in use so they could be tested out. Primary amongst them was a rule requiring Union units to take a morale test the first time they are charged by Confederate infantry; if they pass they are considered to have 'Seen The Elephant' and don't have to take such a a test again.

I don't have the notes for  detailed report, but I did take some pictures. The figures are 28mm Perry plastics, from Bryan and Ralph. 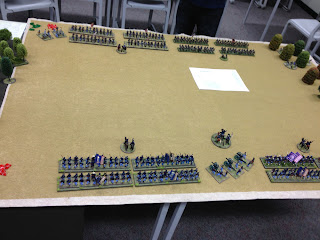 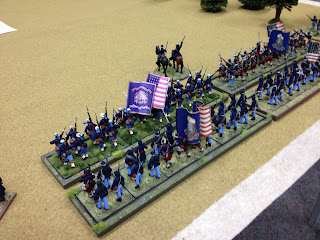 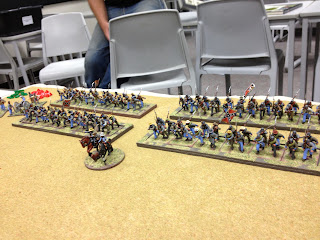 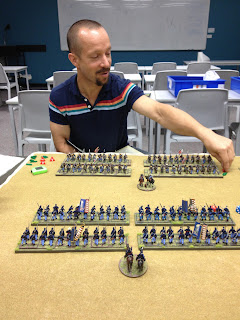 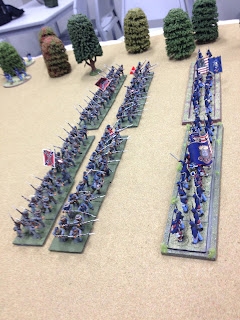 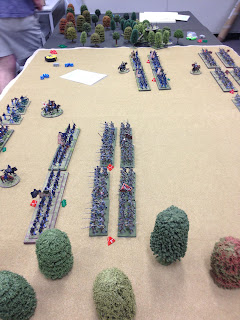 My troops in column. 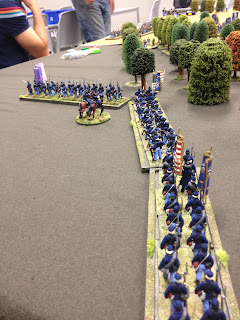 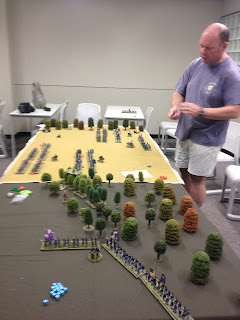 Lots of fighting in the cornfield. The Union fell back initially but stabilised and put up a good fight. 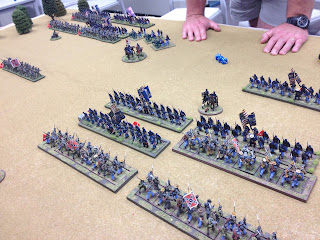 My troops were reluctant to get themselves organised, but eventually shook out into a supported line/ 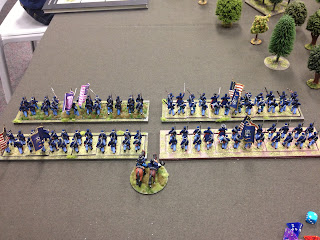 And advanced on some Confederate skirmishers. 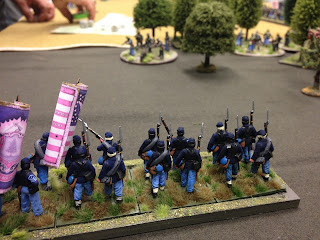 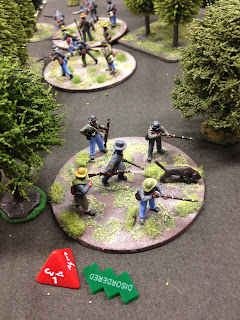 The final stages. We limited the game to six turns. At the end of that time the Confederates had lost about half of their units; the Union just a couple. But the Confederates controlled more of the cornfield, so could have claimed to have blunted the Union attack for now. My flanking brigade barely got into action but, given another turn or so, could have seriously compromised the Confederate position. 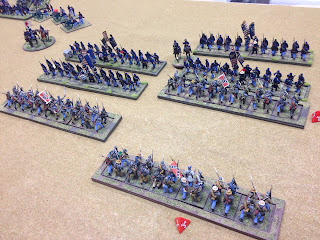 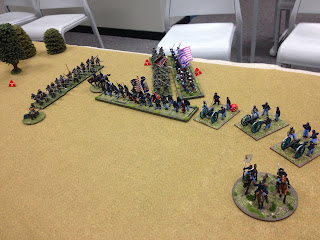 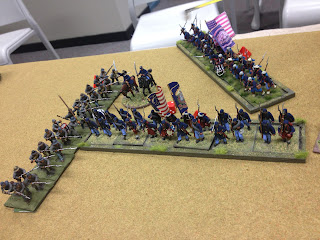 Thanks to Bryan and Ralph for organising a great and fast-playing game.

With time to spare, Caesar and I played the whole battle with Battle Cry. he took the Union, I played the Confederates. 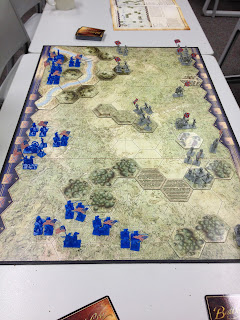 Caesar started well, with Burnside's troops zipping across the bridge and pushing me off the heights. I brought up A.P.Hill's units to reinforce, but they ran into trouble as well. The game turned when I was able to dig in, fortifying a position just in front of Sharpsburg, but also improving the line by the sunken road. This stabilised my one flank, and made it almost impossible for Caesar to take my centre, shifting the battle to (once again) the cornfield. He used the Leadership card to make some strong advances into the field, but I was able to push in everything I had to drive him out and inflict enough casualties to win the battle 6:5.