Last night I had a bit of a yearning to revisit my heavily modified adaptation of the One-Hour Wargames rules for the ECW. Over the past couple of years I've been pretty much exclusively using the Portable Wargame for this, but I fancied a change.

I decided to avoid the OHW scenarios, and set up a simple action with eight vanilla units a side - three foot, three horse, dragoons and artillery. Objectives were a village close to the Royalist edge and a hill close to the Parliamentarian edge. To make things interesting I randomised the entry of troops. Both sides tested for each unit at the start of their turn with a D6; horse needed a 4+ to enter that turn, foot needed a 5+ and artillery a 6+.

Parliament started with a strong force of foot and horse, and even their artillery. The Royalists got some horse and dragoons. 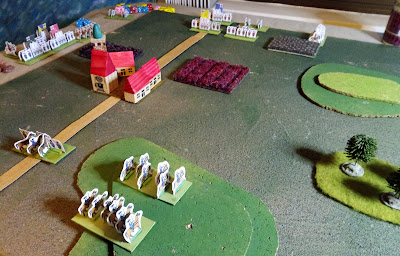 The Royalist dragoons rushed along the road to grab the village, hoping to hold it until their main force of foot arrived. 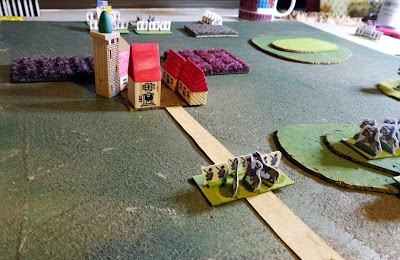 On the other half of the field the horse of both sides approached each other, with the hill as the objective. 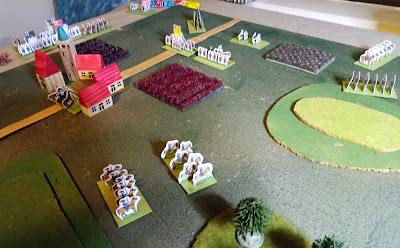 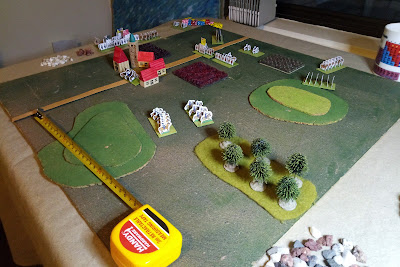 The dragoons ensconced themselves in the village, as Parliament advanced to attack them. 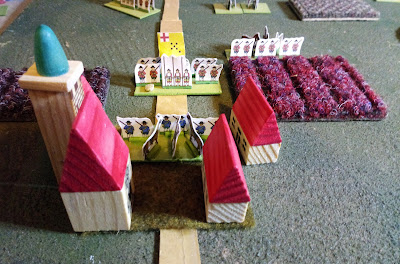 More horse arrived for both sides as the lead units fought over the hill. 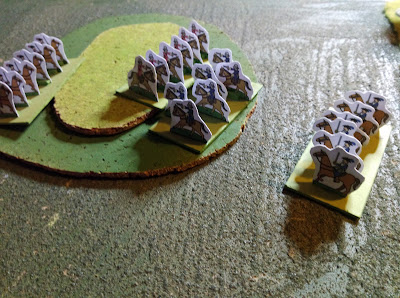 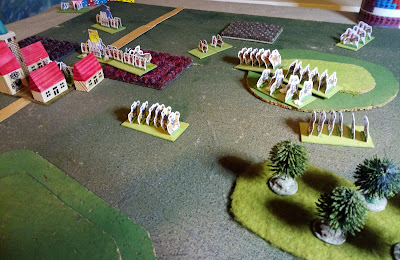 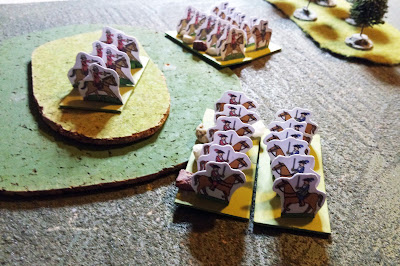 The dragoons doggedly defended the village as Parliament's dragoons added their fire to that of their infantry. 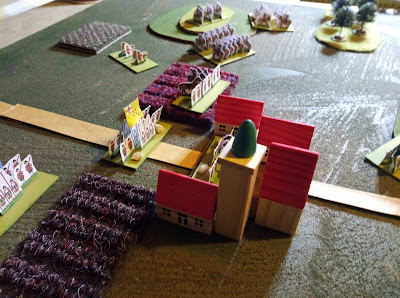 The Royalist foot began to march onto the battlefield. 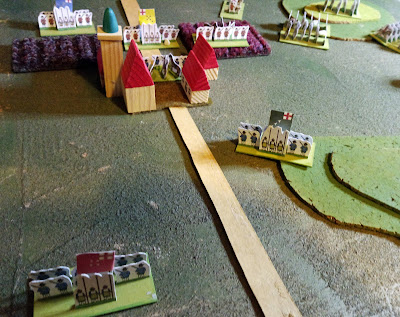 They deployed on the flanks of the village. Parliament's troops were now deployed in the enclosures beyond the village, though, and would prove tricky to winkle out. 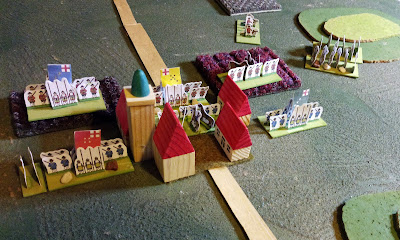 Out of ammunition, the Parliamentarian foot charged the dragoons in the village, who held them at the barricades. 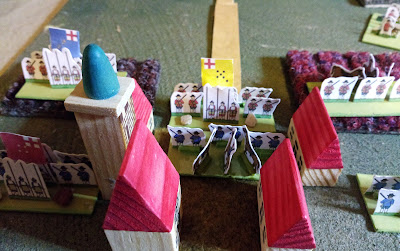 On the other flank the Royalist horse had triumphed, although both sides had suffered considerable losses. The Parliamentarians had deployed their artillery in support, but nothing was supporting the artillery, which was charged and swept away. 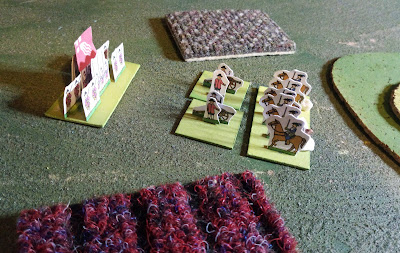 Near the village the Royalists were suffering badly, aside from the dragoons in the village, who held out bravely, and drove off the foot attacking them. Added to the loss of their horse and artillery, this prompted Parliament to withdraw their forces. 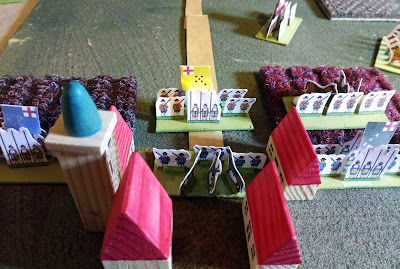 The game ended with Parliament conceding the battle; once a side has lost half of its units it tests at the start of each of its turns needed a 4+ on a D6 to continue. They failed the first roll.

I tried a different approach for leaders in this game. A leader is not deployed on the battlefield at the start. Once during a turn a leader may be used to reroll one D6, either for shooting or for close combat, but you have to keep the new roll. The leader is placed with the unit making the roll, and stays with that unit. If the unit the leader is with takes any hits, roll a D6 and on a 6 the leader is lost. A lost leader cannot be used in that side's next turn, and is then replaced.

The OHW rules have a very brutal all-or-nothing approach to terrain and cover modifiers; units can either enter terrain with no real movement penalties, or they can't,  and all cover/terrain modifiers effectively halve the effectiveness of combat. This makes being uphill in a close combat as good as being in a town, and gives enclosures/hedges the same fire protection as towns too. I'd like to move towards a soft cover/hard cover approach to terrain effects and maybe, if possible, eliminate the save rolls as well. I included the save rolls as an alternative to the OHW halve hits rule because of the smaller number of hits being inflicted in my variant. I shall have to consider my options.