The problem with going away for the weekend straight from work on a Friday is that I don't really have chance to write up a blog post for Thursday's game before I go. So here I am on a Sunday evening, soaked in wine and tired out after two days of camping fun, trying to make sense of a load of photographs of a game which is now a distant memory.

What I do remember is that we played a multiplayer game of Maurice, recreating the battle of Mollwitz. Pete, Caesar and I took the defending Austrians, whilst Ralph, Daniel and David took the Prussians. Here's the setup, with the Prussians at the top and Austrians at the bottom. 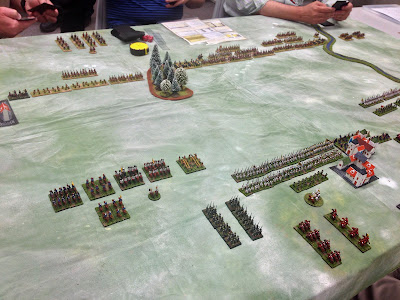 I had the bulk of the Austrian cavalry on our left. Facing me was Ralph, who had the best infantry Prussia could field, lined up between a wood and a town. Not really a position I fancied attacking with cavalry.

This is the main Austrian infantry force in the centre. 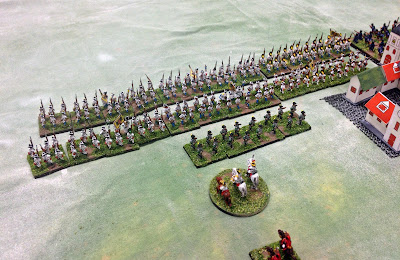 And the Prussian infantry, with their nifty marching skills and deadly volley-fire. 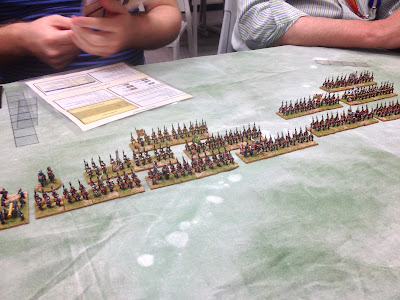 The game opened with a lot of ineffective artillery fire. Ralph pulled his cavalry round from the flank to support the Prussian infantry in the centre. 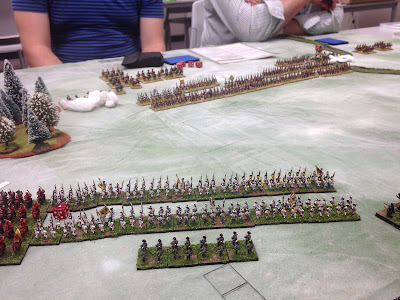 I exchanged artillery fire with the Prussians opposite me, but the hits we scored on each other were soon rallied. 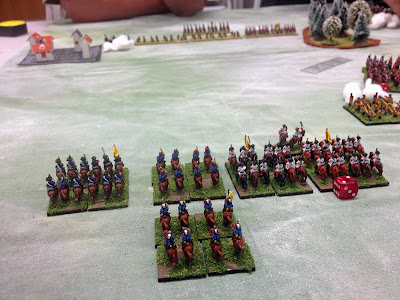 Caesar had plenty of cavalry on our other flank, and advanced to engage the Prussian horse there, which were definitely of a much lower quality 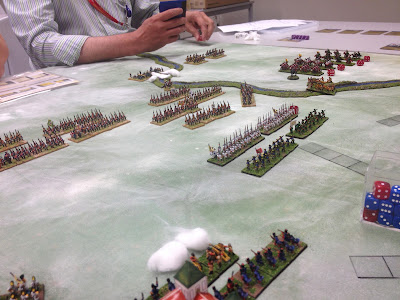 However this is Maurice. As they closed they discovered a patch of boggy ground impeding their progress. Caesar launched them in anyway, but a combination of the boggy ground and some of the most appalling die-rolling we have ever seen on a Thursday evening saw the Austrians routed. 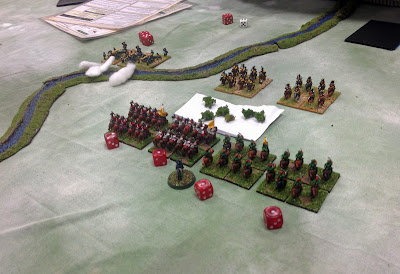 In the centre the Austrians under Peter had advanced, so I moved my cavalry to cover his flank from any counter-attack by Ralph. 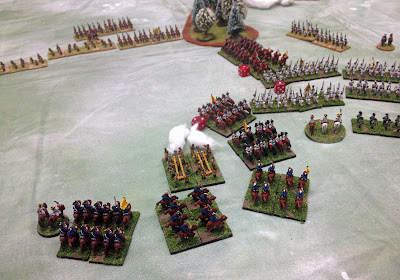 Fighting now concentrated around Mollwitz itself, as the Prussians could win juts by capturing this objective. By now we were onto the second deck. In Maurice game time is determined by how many passes through the card-deck you have made; three passes is a full day, with the second pass having its length randomised by use of a reshuffle card. This came up very quickly, leaving the Prussians with little time to achieve their objective. All the Austrians had to do was hold on until nightfall. 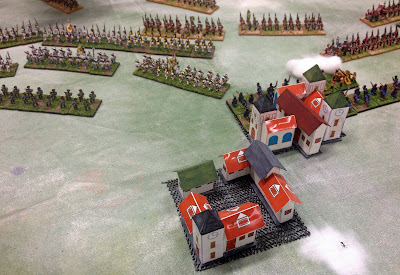 Infantry lines shot it out in the centre. 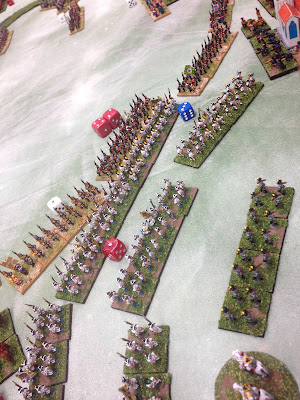 I finally threw my cavalry in against the Prussian infantry facing our left, since it was now advancing to bring me under fire anyway. I've never found frontal cavalry attacks against undamaged infantry to be very effective in Maurice, but there was little room to do anything else. 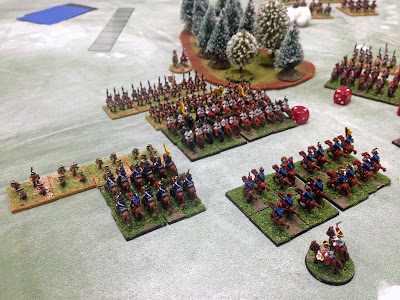 As you would expect, it went badly for my cavalry, and I formed up my reserve conscript infantry to hold the Prussians for as long as I could. Time really was running out at this point, with only a handful of cards left in the deck. 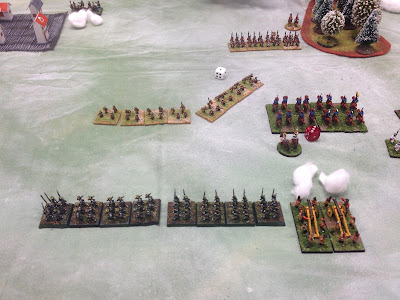 Peter kept fighting in the centre as the Prussian cavalry moved forward. 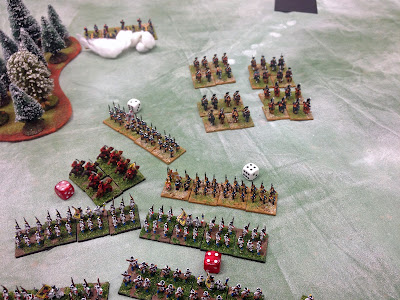 And this was the end; one of my final cavalry units was lost, pushing our morale over the edge just as over half of the players involved had run out of cards in their hand. As night fell the Austrian army retired, defeated. 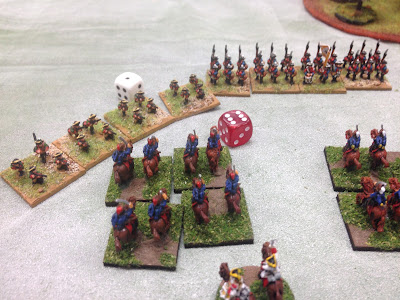 As seems to be the case with our multi-player Maurice, this one went to the wire, with victory only being clinched at the last minute.

Thanks to Gary for organising another great scenario.
Posted by Kaptain Kobold at 06:54