One of those 'extras' is, of course, the Green Martians, which is a mixture of Knights and Shooters: 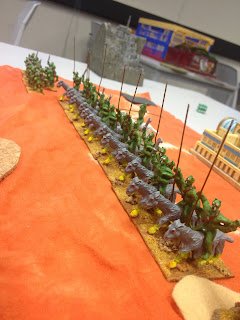 Geoff (looking particularly sinister in this picture) Used them against Caesar, who took the Red Martian city-state of Gathol. 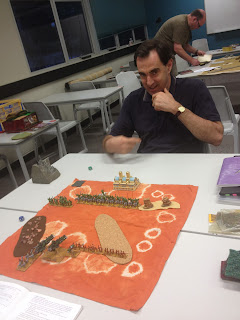 Some lone Red Martian thoat-riders took on most of the Green Martian horde. The result was inevitable. 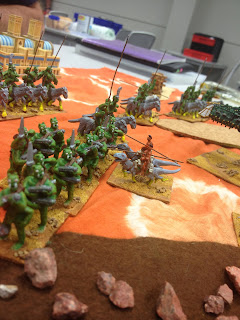 Meanwhile I used the illusionary Bowmen of Lothar against the army of Helium, led by John Carter himself. 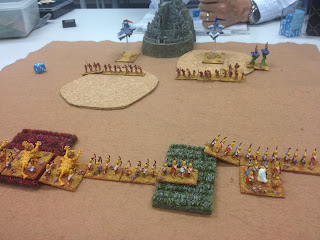 This is the only Barsoomian army to feature a Magician. 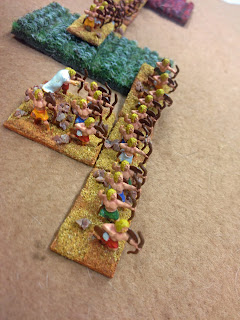 John Carter led from the rear. 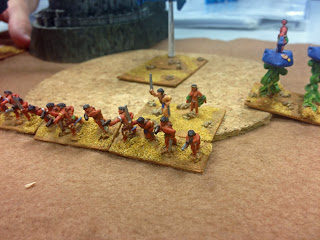 On the other table Geoff's Green Martians surrounded the Gatholian general andkilled him. 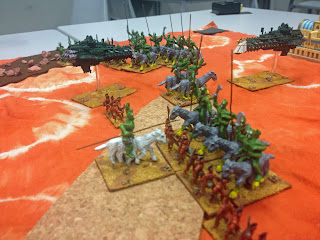 Lothar's army is assisted by eight-legged Martian lions - Banths. They ended up being neatly sliced and diced by the Heliumitic foot-soldiers 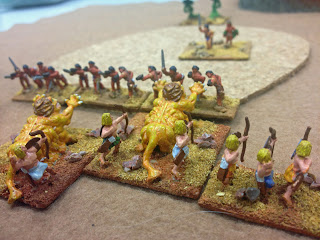 Geoff and Caesar set up another game - Caesar took the mosty-aerial Black Pirates whilst Geoff had the Red Martians of Lothar, with their disintegration-ray and cannibals. 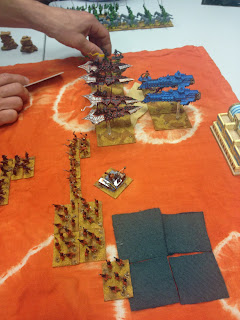 More of the fight between Helium and Lothar. 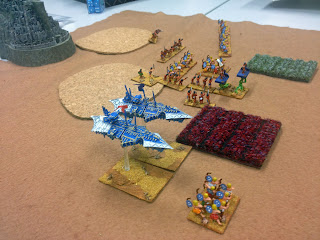 And on the other table we had an epic air-battle ... 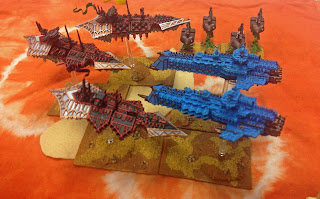 ... whilst the Lotharian Hordes tried to outflank the Black Pirate foot-soldiers. 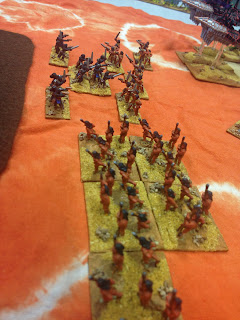 The Bowmen of Lothar battled the warriors of Helium, but couldn't resist them. Helium scored a decisive win. 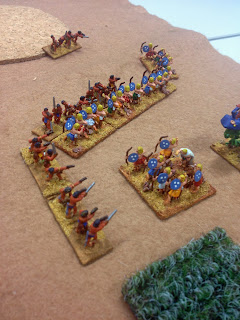 More aerial action from the other table. 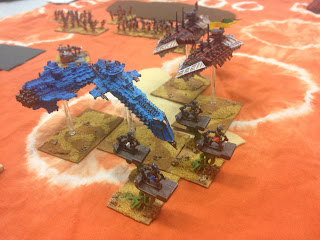 A Black Pirate Airboat attacked Phor Tak and his disintegration-ray. 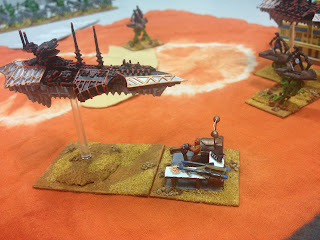 Peter and Dave set up Gathol against the primitive Red Martian state of Manator. This was the only picture I took of the game, and I can't remember who won. 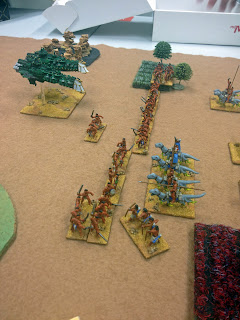 Over on the other side of the room, Ralph and Bryan played Flames of War. I think French and Germans were in use, in the desert somewhere. 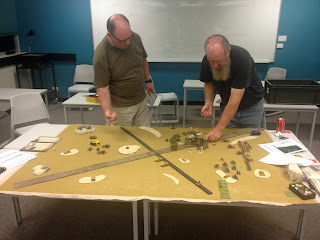 The Black Pirates eventually triumphed in a very close game - both Jahar and the Pirates were one element away from breaking. 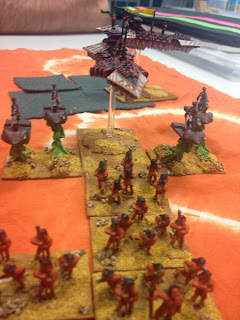 The final game of the night - I used Jahar whilst Caesar took Helium. 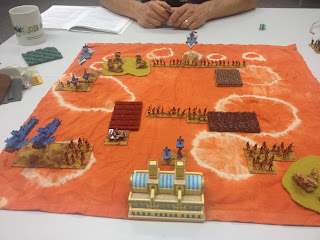 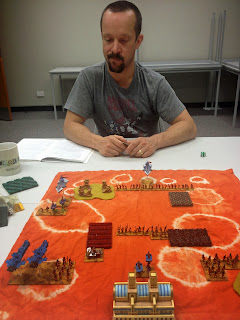 Again, we had an exciting air battle. 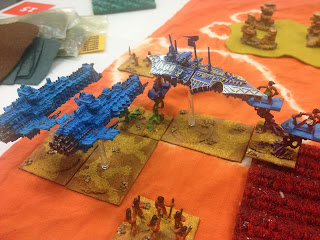 A Jaharian warship tried to sneak up on John Carter. 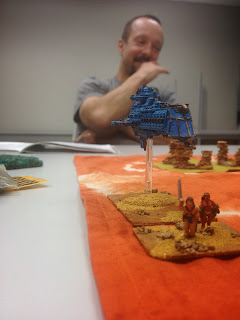 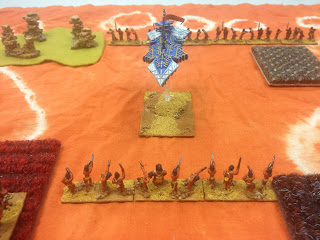 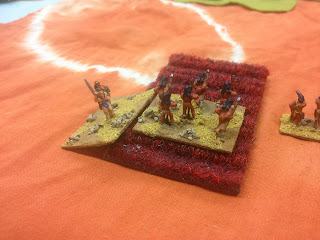 This, despite the potentially deadly attentions of Phor Tak's disintegration-ray. 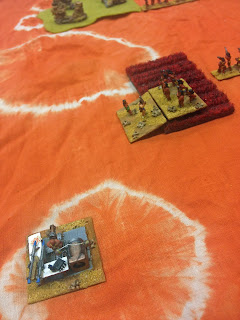 He survived, and Helium picked up another victory, destroying Jahar's aerial navy and some of the supporting Blades.

This was a great night of HOTT, with all seven armies getting at least one outing.
Posted by Kaptain Kobold at 06:56