I replayed the action between La Nereide, Rainbow and Avon this evening. It was a much closer game than the first one, with La Nereide taking some early damage from Rainbow as it closed on the British vessels, but then demolishing the little Avon in two broadsides without receiving an effective shot in reply. It then engaged Rainbow properly, and very much got the better of the fight until the British ship got a stern-rake in and forced the French ship to strike.

I tried a small change to the rules which allowed a vessel with a broadside reduced to 0 to keep firing. It counts as having a gunnery factor of 0 (of course), but suffers an additional -3 penalty. Additional hits on the ship don't reduce the gunnery below 0, but remember that a ship with a 0 broadside which takes any hits must roll on the Strike Table, so surrender is only a matter of time for such a vessel. I'm looking at amending that slightly to make it more likely a ship will strike the more times it has to roll on the table.

The reason for the change is the bizarre situation of ships with no gunnery factors being in a kind of limbo - not struck, but unable to participate in the battle. It is assumed that a vessel with a 0 broadside still has a few guns left to fire and men to crew them, but that their efforts are less coordinated.

Here's a couple of pictures of the moment when La Nereide destroyed the Avon, whilst engaging Rainbow at longer range. 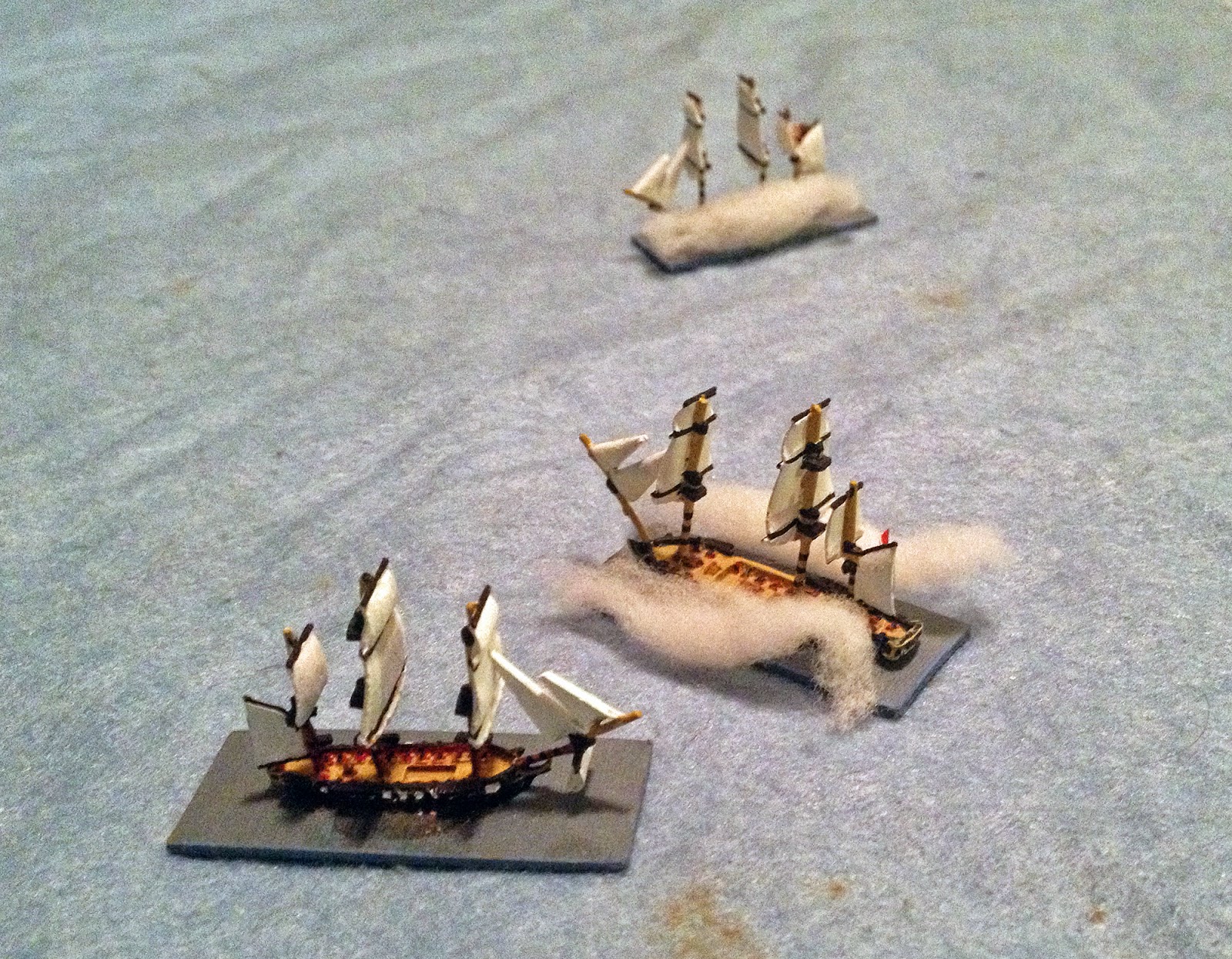 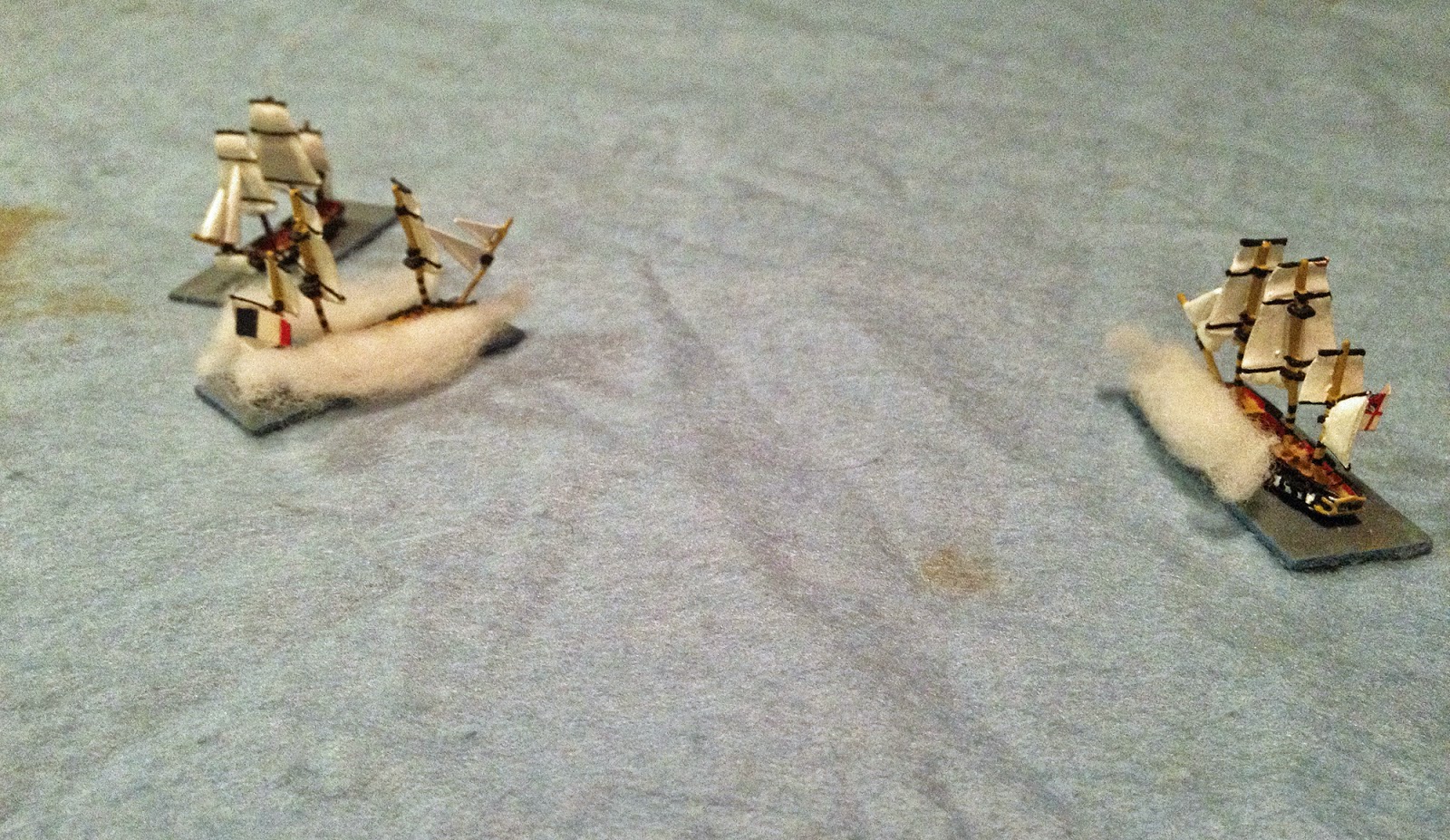