The Battle of Salta - Anniversary Refight

Today's the day! 20 years since I got married, and 200 years since the Battle of Salta. Let's dwell not on the former for now, and look at the latter. Specifically my refight.

I posted links to stuff about the the battle yesterday, so you can go there for the historical snippets.  For my refight I used the scenario OOB and map from John Fletcher's excellent 'Liberators! Volume 1: The War In The South', an essential wargames guide to the conflict. This gave the following setup: 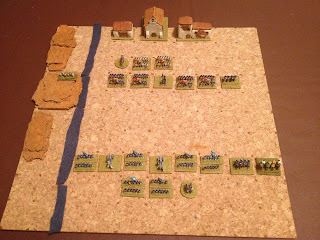 The Patriots are in the foreground, whilst the smaller Royalist force is deployed in front of the town of Salta. Terrain is limited - a rocky hill along the one flank, and a difficult stream bed. Royalist skirmishers are deployed on the hill. 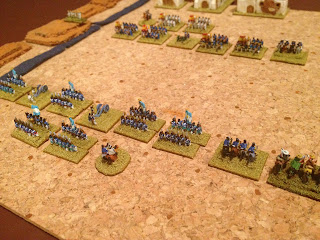 Opposing them is the Royalist army under General Pio de Tristan: 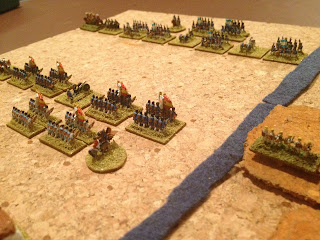 On the hill is one unit of Regular Skirmishers (treat as Infantry, but they ignore difficult terrain, get a -1 in close combat but always count as being in cover when shot at. If they take a disorder marker, they immediately roll a rally test, with scores over 4 being treated as 4.) The main army consists of four units of Regular Infantry, two units of Militia Infantry, one unit of Militia Cavalry and a unit of Militia Artillery

The Patriots have an advantage in both numbers and quality.

Figures are 6mm Napoleonics (mostly) from Irregular Miniatures, based on a  25mm frontage. The board is a 10 x 10 grid of 3cm squares.

I set up the troops and photographed them last night, stashing the whole game on a shelf afterwards ready for the big day ... 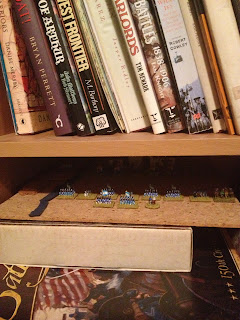 Yes, this is a true portable wargame.

Late in the evening I had a spare moment, so it was time for the refight ...

The Patriots opened up with an artillery barrage that disordered the Royalist line (I used rocks as markers) followed by a general advance. 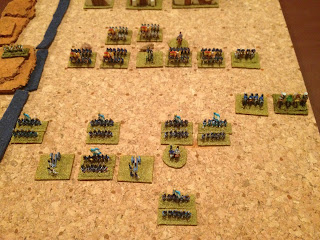 The Royalists responded with a counter-attack on their left, their cavalry and an infantry unit driving back the Patriot cavalry. 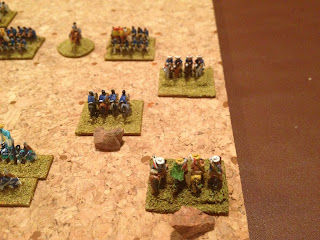 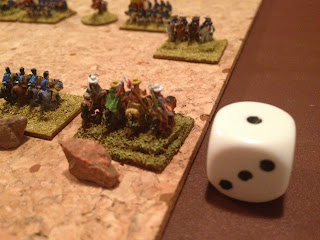 The remaining Patriot cavalry saw off the one Royalist cavalry unit. 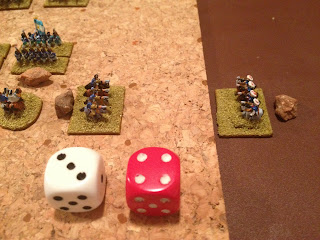 But the Patriot advance stalled under Royalist musketry. 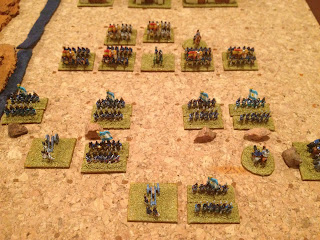 And they fell back. 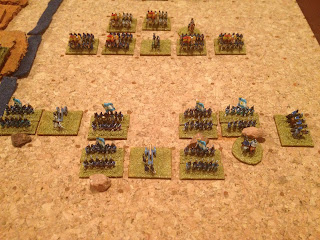 A second advance saw more success on their right, driving off some Royalist infantry. 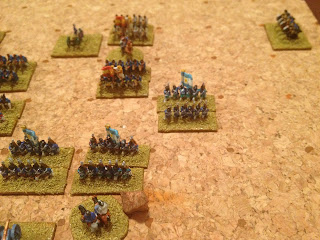 However the Royalists had advanced their right, and were putting the Patriot left under some pressure. 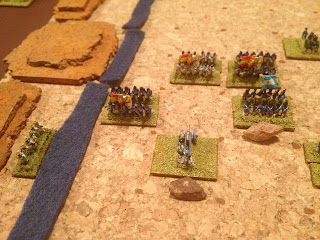 A fierce Patriot assault on their right ... 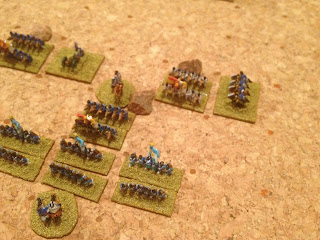 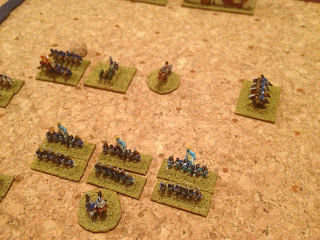 The Patriots kept up the pressure - the Royalist artillery was now dangerously exposed. 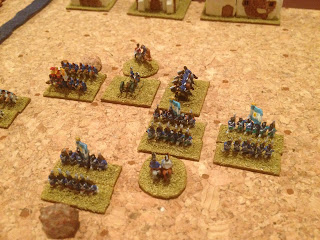 Outflanked and outnumbered it somehow held the Patriot cavalry to a draw. 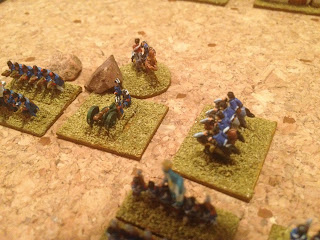 Both sides were now dangerously exposed on their left flanks. 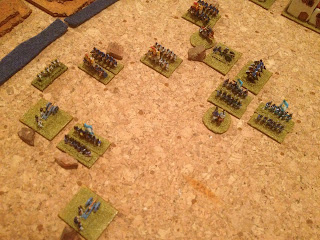 Once again the Patriots tried to overwhelm the Royalist artillery. All they needed to do to win the battle was destroy it. They failed. 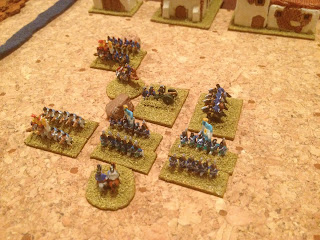 But the Patriot artillery wasn't so lucky - its gunners were shot down by the Royalist ad-hoc skirmisher battalion. 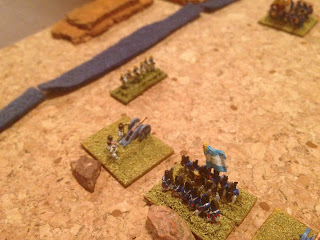 And, finally, Royalist infantry came to support of its guns, driving off a Patriot infantry unit to win the battle. 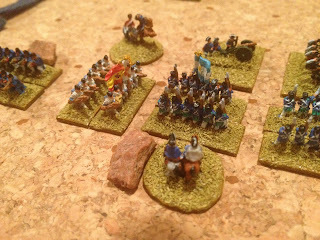 The result was a reversal of history, with the Royalists, outmatched on paper, winning a bloody fight. Casualties on both sides were heavy. 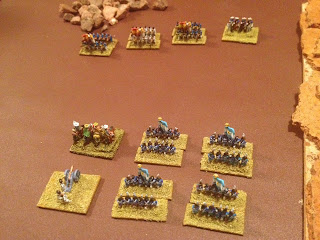 The Patriots lost six of their ten units, whilst the Royalists lost four of their nine. I had wavered between counting the ad-hoc skirmishers as a unit for morale purposes, but it was their presence that prevented an early Royalist defeat. The battle was truly won by the Royalist artillery - had the Patriots destroyed they would have won the battle, but its tenacity (and sheer luck) cost them dear.

This was my first try using these rules for a South American Liberation battle. I'm not totally sure they gave the right feel, but I'd probably try them again a few times just to make certain one way or the other. After all, I can never have too many ways of gaming this particular set of conflicts.