The Battle Of McDowell

As promised we played a McDowell scenario on Thursday night, using Black Powder and Ralph's Epic ACW figures (or whatever Warlord call their little plastic figures).

Here's the main focus of the action - Sitlington's Hill. I was a little late turning up, owing to a cat emergency, and missed the first turn, so I'm not sure what the initial starting positions were, but you can see roughly a brigade each fighting it out over the crest of the hill here. In the centre was an objective marker. 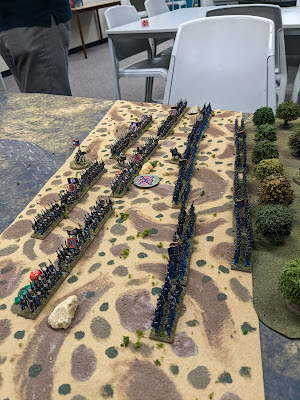 The scenario was designed so that the first half of the action would be fought over the hill and then, as the numbers of arriving Confederates steadily increased, the Union would fall back and contest some roads in their rear. The Union had two smallish brigades (which counted as one for break purposes, but not command), whilst the Confederates had (I think) three - one attacking the hill and two arriving by road from the first turn. Here's the bigger picture, with the Confederates arriving in the distance, and a couple of Union regiments on the road opposing them. 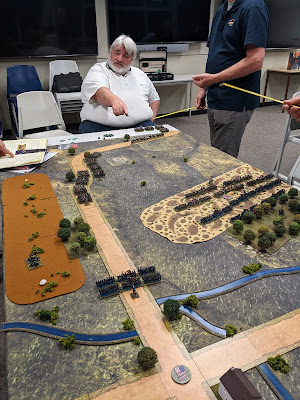 A close-up of the two Union regiments on the road. 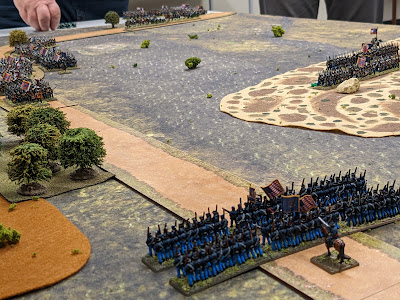 The Confederates were marching in nice vulnerable columns, and as they came up took a few hits from the Union artillery that I realise that I didn't get a single picture of. 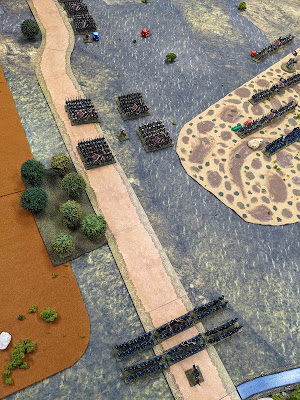 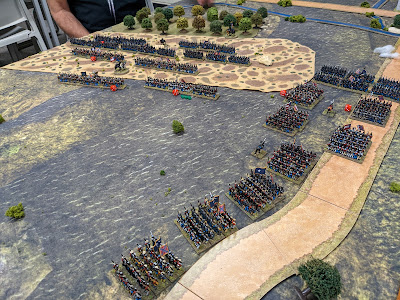 The Union actually did a great job of holding them off. Deciding that the objectives to the rear were too far back to reach within the time-limit, they simply sat tight. They lost the objective on the hill, but did then break the Confederate brigade contesting it (despite the Confederates getting all kinds of rerolls for 'Stonewall' Jackson being there, as well as for simply being Confederate). 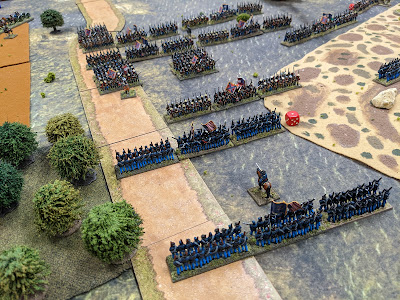 The units on the road came close to breaking the first wave of Confederates attacking them. But not quite. 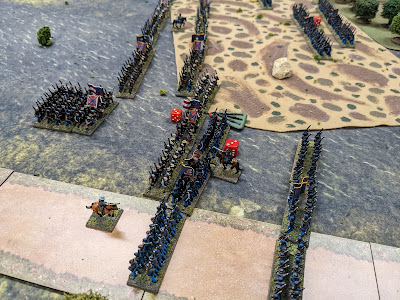 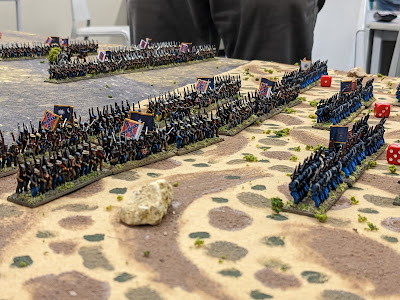 The scores are important because this was a the first in a series of three Jackson In The Valley games, and the VPs for each scenario will be accumulated to give an overall winner. The plan is for one game at the end of a month, but then next two months are basically holidays at that point, so the next one won't be until February.
And this is my first game of Black Powder this year, so ... 52 Games!