On our club night this week we're going to be trying a refight of the 1862 Battle of McDowell. We've been giving some pre-game reading, but I thought I'd brush up on the battle the fun way by playing it out with Battle Cry since (i) the game is on my table and (ii) there's a scenario in the rules.

The McDowell scenario has a relatively low unit count and is almost entirely infantry; nine Confederate vs seven Union. The Union have one general and an artillery, and the Confederates three generals. The Union have more command cards though. The terrain is scattered woods and hills, with Sitlington's Hill as a central feature. Here's the setup: 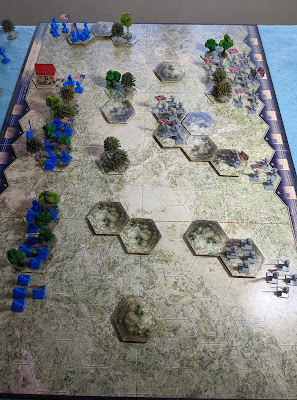 The Union started with a bold advance on their right flank, using the hills there as cover. 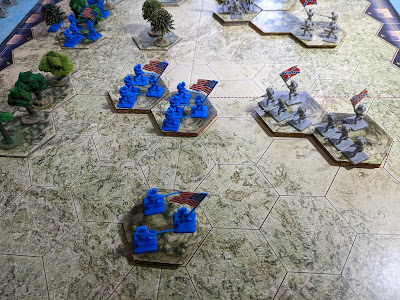 They quickly dealt with the two Confederate units on that flank, and turned on Sitlington's Hill. The Confederates were bringing up reinforcements to cover the hill. 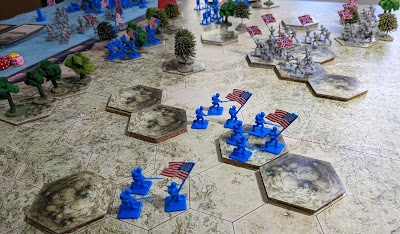 The Union pressed a series of attacks against the left of the position on the hill, and got quite badly cut up. But they were inflicting decent losses on the Confederates too. 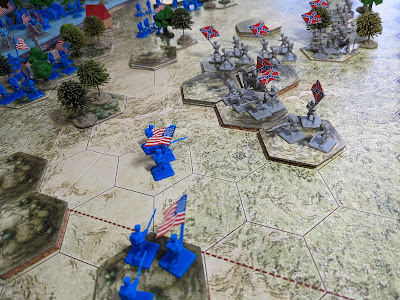 Union troops began to move up in the centre to provide limited support. 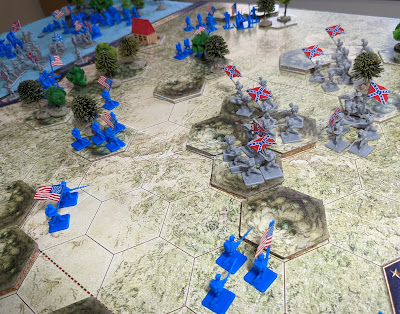 And that was enough. Although a lot of teh Union units were heavily depleted, they were still fighting, whilst with the shooting of General Johnston on the hill the Confederates had suffered the necessary losses to give the Union a 5-2 win. 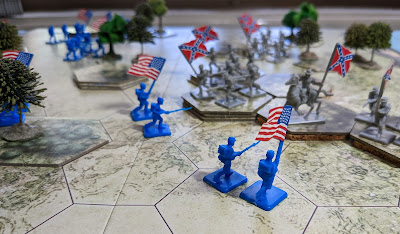 I set it up and played it again. This time the main Union attack came in the centre, with their left coming up in support. One unit pushed up onto Sitlington's hill and into the Confederate rear. But Taliaferro's Confederates moved in from the Confederate rear, and their counter-attack clinched a narrow 5-4 win for the boys in grey. 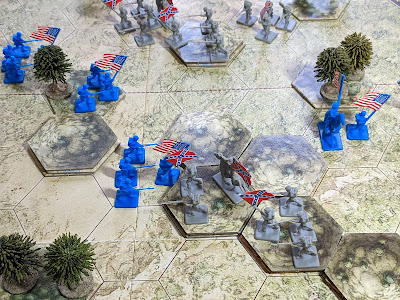 The final position. With five medals needed to victory the losing side will be looking very thin on the ground by the end. 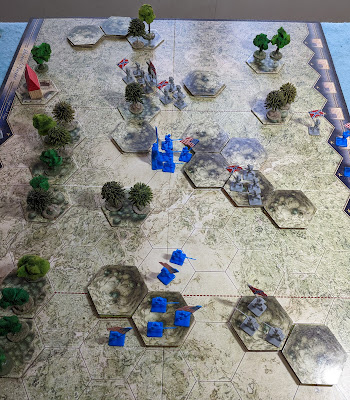